This is not a stand-alone game. Copies of Spartacus: A Game of Blood and Treachery and Spartacus: The Serpents and the Wolf are required to play. 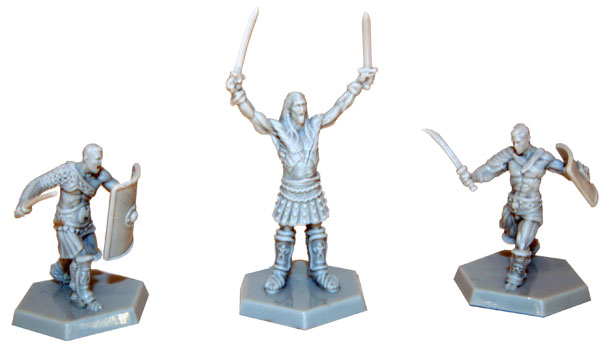 Fun Expansion
I'm a big fan of Spartacus the board game and this expansion is no exception. It adds some great features and improves the multiplayer a bit. Although it only adds one additional house to play with (unlike the previous expansion that added two), it's a fun house and other game mechanics are added instead, as well as an additional miniature. The miniatures that it comes with have much crisper details than those from the previous expansion or base game, so that's a plus!
Review by Sandman on 9/2/2015