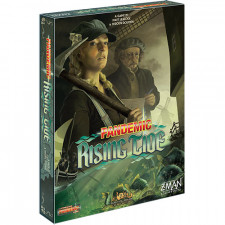 Critical Hits: Constant source of elevated pressure, strong intersection of narrative/mechanics
Critical Misses: A little too much going on, board makes it difficult to process all the necessary info

Thereâ€™s no better example of a franchise in board gaming than Pandemic. The original turns 10 years old this year, which is practically ancient in a hobby currently fueled by shiny new releases. While Iâ€™ve heard criticism that it gets old after â€œa hundred plays or soâ€ I have to roll my eyes; any game that gets that many plays has got to be great. In those 10 years weâ€™ve seen a number of expansions, spin-offs, a legacy sub-franchise, and now a new series of designer collaborations. Pandemic: Rising Tide is one such collaboration. Jeroen Doumen of Splotter fame has joined Matt Leacock to bring this entry in the Survival Series.

The Survival Series focuses the game of Pandemic in the host country of the previous yearâ€™s Pandemic Survival World Championships. The first game in this series was the â€“ excellent â€“ Pandemic: Iberia. It took us to Spain in the time of Cholera and brought some mechanical and narrative tweaks. Rising Tide takes place in the Netherlands and is a strong departure from previous games. Rather than attempting to cure or mitigate diseases, youâ€™re tasked with maintaining the Netherlandâ€™s intricate system of dikes and keeping the seas at bay. Instead of placing disease cube on the board the dikes will degrade opening low-lying regions to the influx of water. 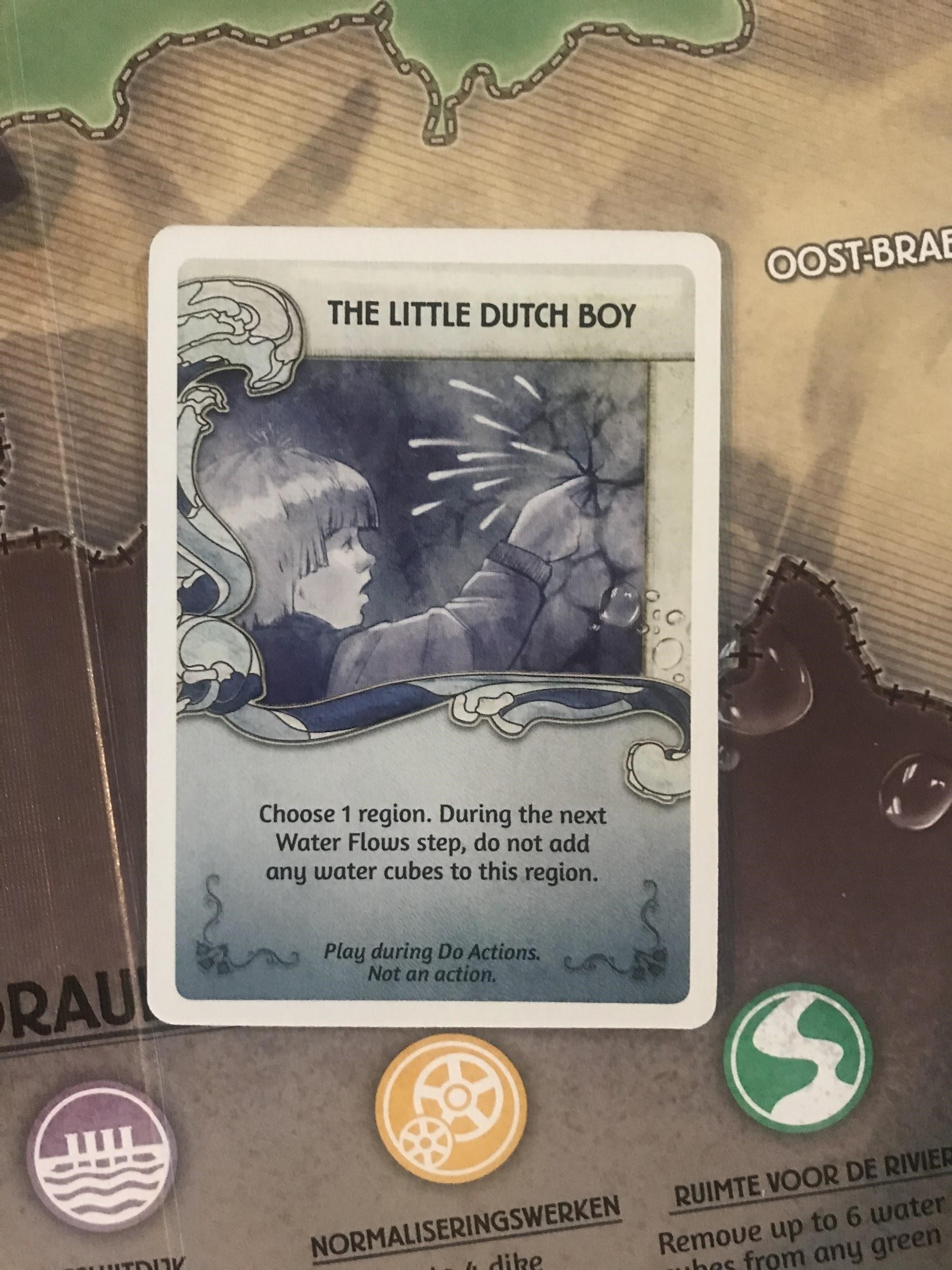 Narratively speaking this is a dramatic departure. The Infection Deck of Pandemic works so well because of how perfectly it reinforces the setting. The sick get sicker and infection spreads out from the hot spots of disease. As someone whose day job involves manufacturing facility reliability, I can assure you that the idea of â€œthe stuff that breaks will keep breakingâ€ also mostly holds true. Iâ€™m not sure what the Dutch phrase for â€œbad actorâ€ is, but thatâ€™s certainly what these old dikes are. However, the dikes failing on their own isnâ€™t a problem, itâ€™s what they hold back that drives this game.

After every turn there is a new step in the familiar Pandemic formula. Water flows from areas where there is a lot of water â€“ like the ocean â€“ into adjacent areas not protected by dikes. Areas adjacent to regions with 3 water cubes gain 2 water cubes, then areas adjacent to regions with 2 water cubes gain 1. As â€œStormâ€ cards are drawn from the deck the sea level rises creating a constant source of pressure. Early in the game the only regions in danger are those adjacent to the seas but as the base level of water in the ocean rises so does the inland threat. This system of flowing water layers on a level of route-building and route control.

This constant source of pressure is welcome. Because of the way water cascades, Storms are even more threatening than your standard Epidemic. Your dikes will collapse and water will flood in in a big way. Later in the game? Itâ€™s likely to flow into and through a number of regions. You never feel like you have things completely in control and youâ€™re always one collapsed dike from a crisis. Pandemic is no slouch in the tension department, and Rising Tide turns that up a notch.

Unfortunately, this addition threatens to drown the game itself under its own weight. Pandemic: Iberia worked so well because it changed things without adding too many new systems. Rising Tide is an enjoyable game and you certainly feel the tension of a looming wall of water, but that system also gets in its own way. Dikes canâ€™t be built unless you remove every cube of water in a region. Because water flows every single turn, it isnâ€™t worth removing cubes unless you can build a dike. Theyâ€™re going to come right back before the next person can take an action. Late in the game the number of times you look down and realize there isnâ€™t an action worth taking is much higher than it should be. 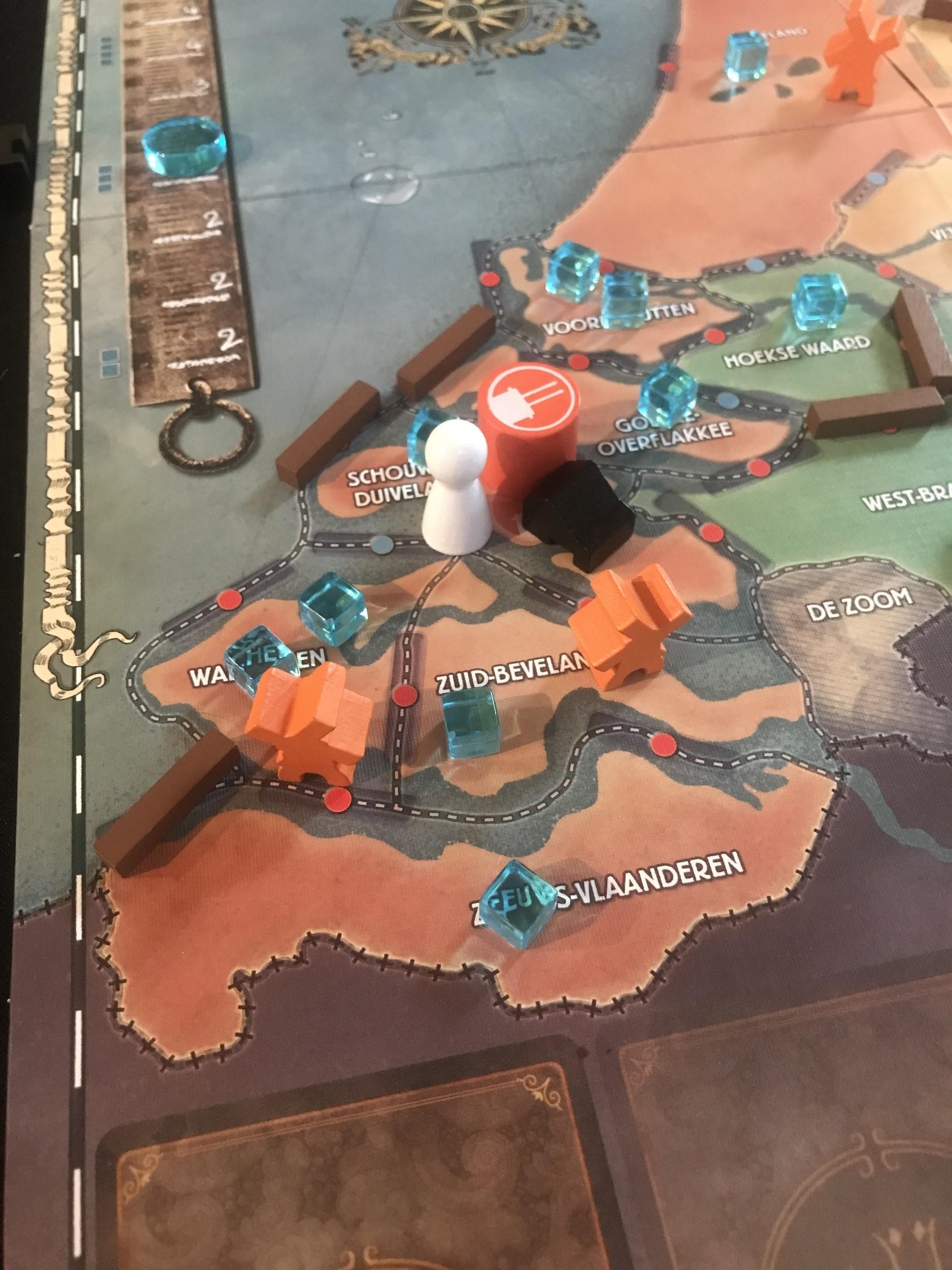 Additionally, the system of route monitoring is harder than it should be because of the board layout. The board is beautiful to look at, but it sacrifices a bit of useability for aesthetics. There are a few locations where a confluence of borders, tokens, and rivers (that have no function other than aesthetics), come together to make it difficult to recognize that a border is or isnâ€™t open to flowing water. The pumping stations â€“ another new thing â€“ depend on unimpeded routes, which means every addition or removal of a dike means reevaluating the effects of the pump. I havenâ€™t even gotten to the special objectives you can use which have the potential to add yet another layer of tokens and mechanics in the form of population. This all makes Pandemic heavier, thinkier, and perhaps â€œdeeperâ€ but Iâ€™m not sure it makes it more fun.

I am a huge fan of Pandemic and the Pandemic series, and Iâ€™ve enjoyed playing the part of the little Dutch boy trying to keep his home from drowning. If you enjoy the core concepts of Pandemic and like the idea of a heavier, denser, game experience then Rising Tide is certainly worth checking out. With so many other options however, it isnâ€™t going to be the first off my shelf. Some of the new systems fight against the simple 4-action structure of Pandemic. That leaves this title adrift; heavier than I want from Pandemic yet lighter than what I want from a deeper game.