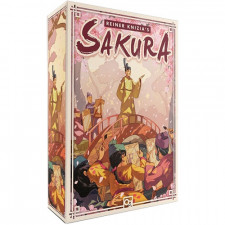 When the legendary Reiner Knizia releases a new game, you take notice. His 2017 entry â€œThe Quest for El Doradoâ€ received a shower of accolades including a precious nomination for the Spiel des Jahres. No, Sakura won't receive a similar level of critical praise, but that doesn't change the fact that this delightful little gem is classic Reiner doing Reiner.

That is to say, Sakura is a sleek Eurogame that manages equal parts restraint and viciousness. It has that trademark Knizia feel where it's an accessible game that you can play with a six year old who's digging the gorgeous artwork or a senior citizen who wants to put the screws to your sore back and talk enough trash to fill a landfill. Much of the game's interaction and level of conflict is directly in the hands of the players which allow you to throttle the experience between the gamut of laid back and knife fight. 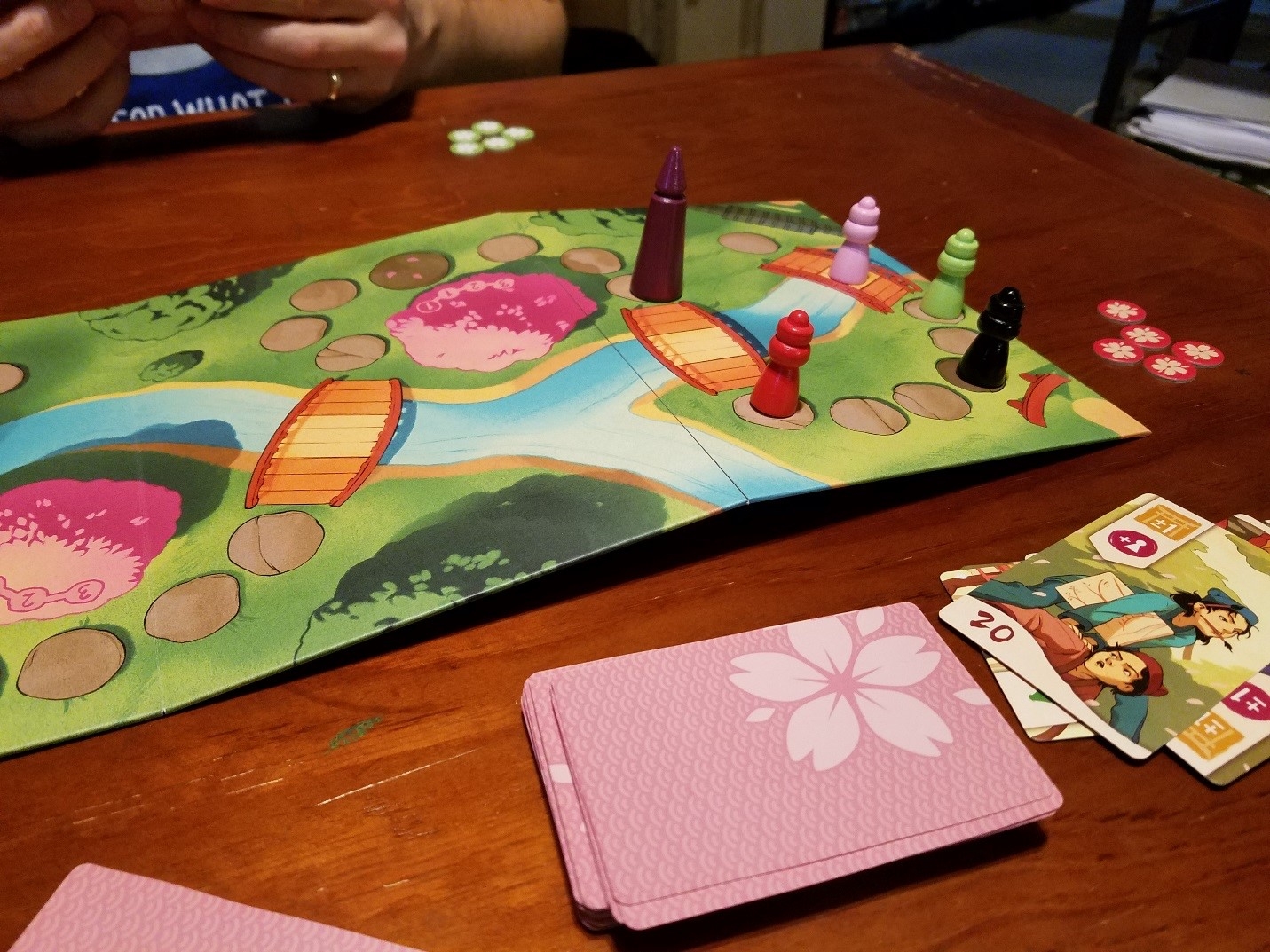 Unfortunately the board doesnâ€™t lay flat. Thankfully, the game isnâ€™t flat either.

The thematic considerations here are delightful. This vicious struggle takes part in a garden, a garden where the Emperor takes a yearly stroll to admire the blossoming Sakura trees. The large neutral pawn representing our illustrious ruler will waddle up and down the simple pathway at the behest of the players, yet it feels like sheer chaos at times.

The participants are slightly smaller pawns, jostling in line behind our highness while attempting to paint canvas in his likeness. Those closest to the Emperor when he lands on the Sakura spaces will achieve the greatest result and be rewarded with the most victory points.

The turmoil is uncaged each round as players simultaneously choose and reveal a card from their hand. These wonderfully illustrated card stock rectangles will first move the Emperor a space or two forward, and then will move their own painter a similar varied amount. It sounds so simple, yet it's oh so sinister.

There are several tricks which really throw the whole shebang out of whack. First, the cards execute in a specific order from lowest numbered to highest. This adds a nice tactical dilemma as you try to mentally envision just where you and the Emperor will end up based on assumed timing - a word of warning, it's almost never where you really expect it to be.

The big tactical challenge with this design, and what makes it so damn lovely, is that you lose points if you collide with the Emperor. This means you need to walk a careful line of jumping others and moving to the front of the pack, but timing is key and you need not leap too far. Some cards even allow players to move the royal cheese backward, slamming him into an adjacent painter and disgracing them for letting some of their plebe rub off on the imperial duds. 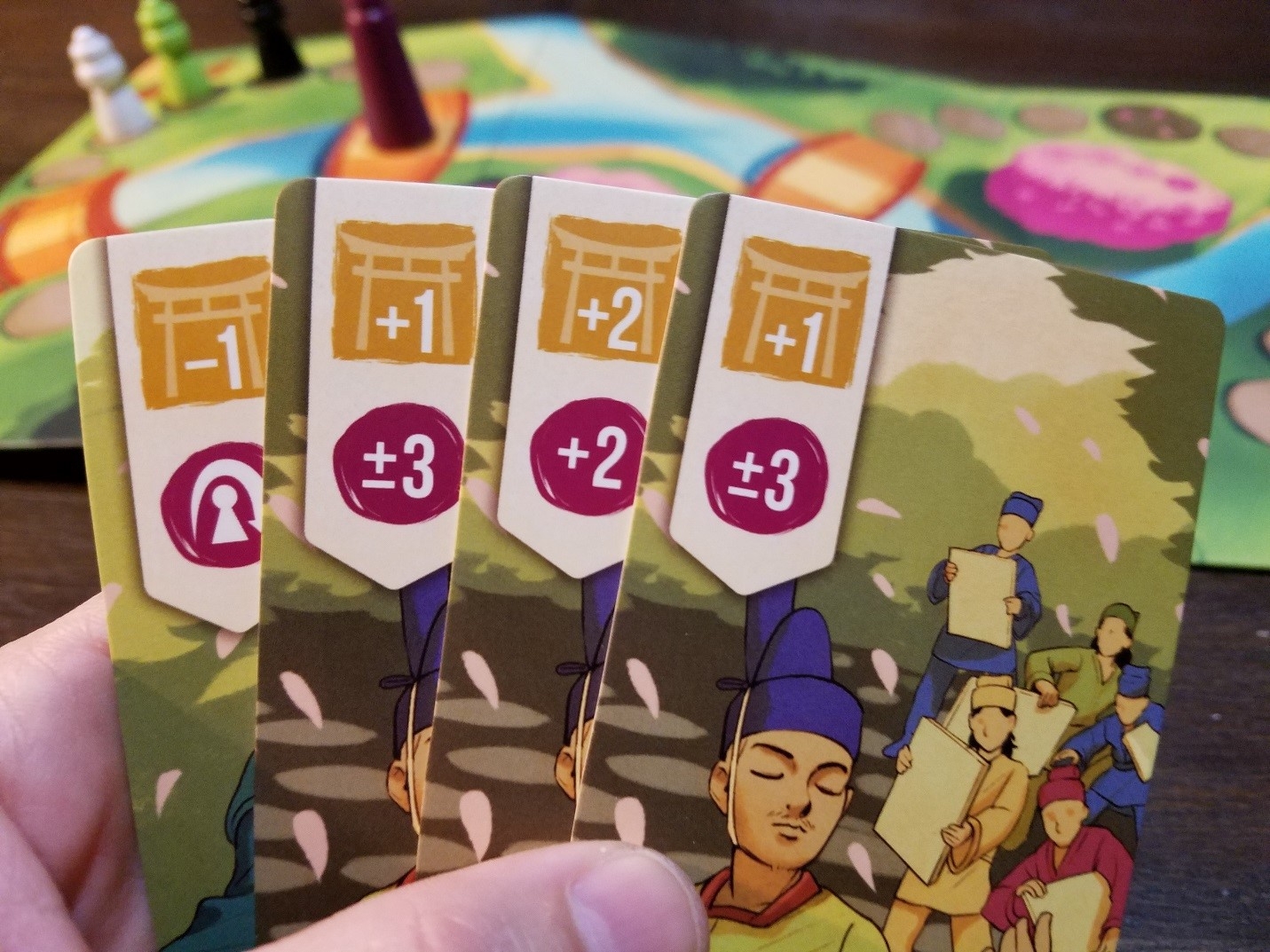 Like all Osprey releases, this game is simply gorgeous.

This jumping nearby pieces and attempting to land adjacent to the Emperor is a satisfying ballet of anguish. Players trip over each other, sow general chaos, and play effects intended to hurt others as much as help themselves.

The delicate nature of this game imparts an engaging tug-of-war feel that is relatively unique for a 20 minute family-weight design. It's astounding how well the game conveys its themes of wrestling with chaos and pushing luck. That sense of tumult is present and gripping as you quietly hold your breath upon flipping your chosen card.

When you do push too far - or some spineless Joe has the autocrat back his tail up into your portrait - the coughing up of victory points and shove to the back of the line tastes extremely sour. It's a visible slap on the wrist and measured disgrace that will have the other artists thumbing their nose at you, likely only moments before shuffling into the royal buttocks themselves.

This lack of control and wobbly struggle of positioning are also the same elements that will turn many off. The ingrained sense of chaos can leave a player feeling helpless at times as if their choices were tossed in a blender and spat savagely out the other end. It can definitely feel as though the whims of a collective, randomly dipping their toes into the void, can completely derail any crumbs of tactical considerations you've given. Whereas I'm smiling every moment of inebriated ambling, you may be groaning like you've just been socked in the tender region. 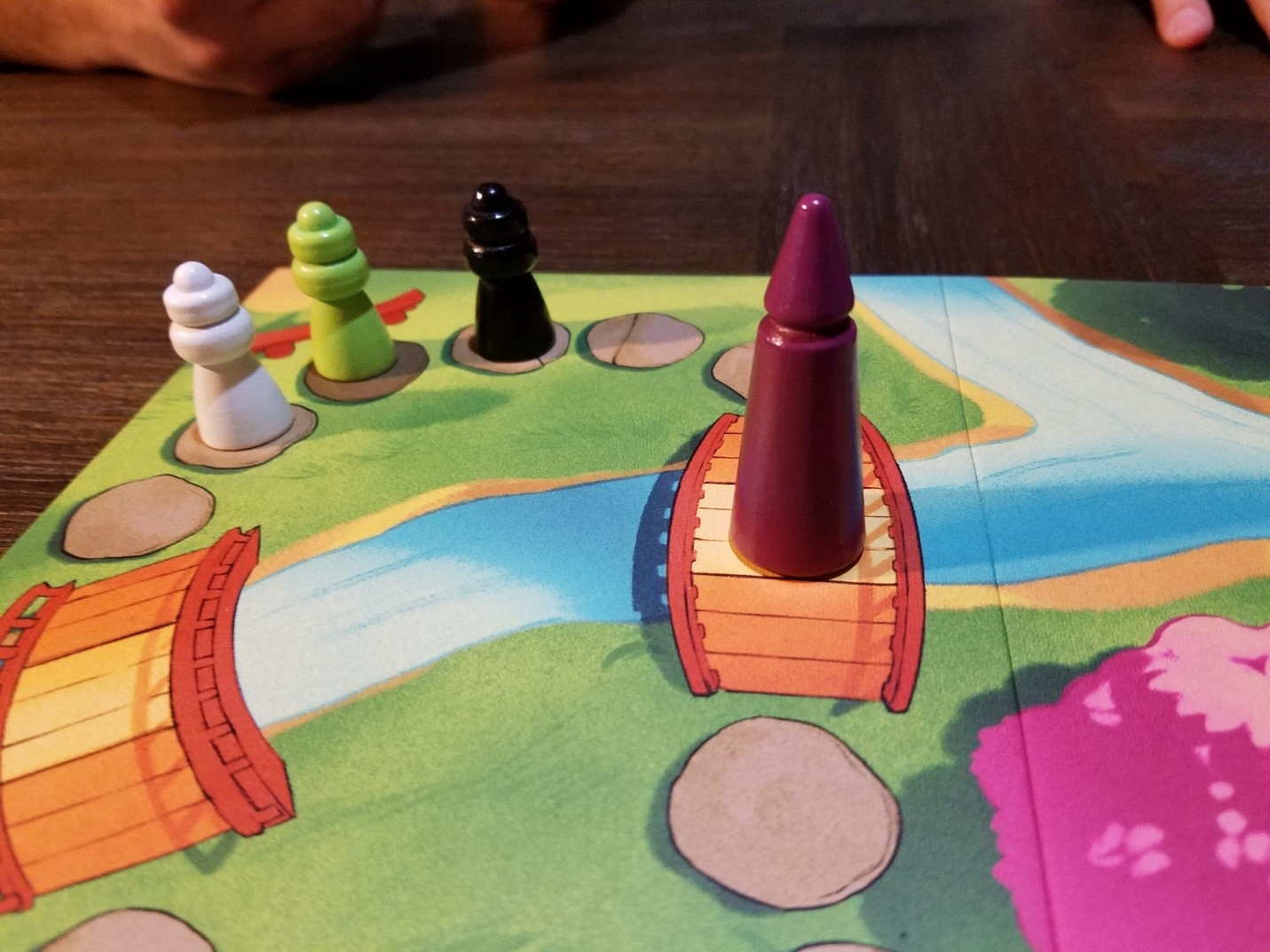 Take it back now yâ€™all. One hop this time.

From my perspective, Sakura is the type of clean yet villainous contemporary Euro design that the world needs more of. It's an economical title that is skillful in its application of a few simple concepts yet yields game-play that is thoughtful and satisfying. I've never been much of a painter, but I'm all about shoving people into the backside of a dignitary