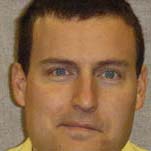 Board games don't often pull players out of the tangibles and engage them apart from rules and mechanics. Now and then, however, a title can make a social statement, teach some historical lesson, convey a skill or more broadly elicit discussion beyond its components. Steampunk Rally prompts a bit of that further analysis because it manages to tease out some of the actual themes that operate under the brass-plated hood of the genre- namely the spirit of scientific competition and the challenge of discovery. It’s a race game and all that entails, but it manages to capture a discreet element of the setting which isn’t always evident across the larger culture uptake of Steampunk. Maybe that steampunky Niki Minaj video isn’t really trying to define the genre so much, but it is something more than an anachronistic mish-mash of Victorianism and retro-futurism.

The steampunk setting has been stamping its mark in tabletop, too. I’ve yet to really see its broader philosophies or flamboyant creativity expressed in cardboard form. In fact, I’m not convinced it’s even a realistic medium to fully realize the finer subtexts and underpinnings. Most games that borrow from the form do so mainly because of its strong visual elements. However, Steampunk Rally comprises a few elements that effectively embrace the concepts that define the genre.

In Steampunk Rally players don the persona of a famous inventor to build a quixotic contraption customized for the race of the century. To build inventions, players draft machine parts and boost cards every round. These give your craft special abilities and one-time benefits, while also allowing you to power it up with steam, heat and electricity. Those power sources are represented by dice which you roll during the racing phase and place on your machine parts to activate their functions - from running to defending yourself from the course's many dangerous obstacles.

Rules-wise Steampunk Rally is very straight-forward. However, when playing it you soon discover that elegance is not one of its virtues. Dice constantly clog your machine making parts of it unusable while other sections are routinely destroyed. Any I.O.U.S (Invention of Unusual Size) quickly becomes unwieldy and difficult to keep straight. And that's okay. Steampunk has always been avant-garde, baroque, brash, even in your face. The genre prizes functionality, but happily thumbs its nose at convention. This design embodies those often contradictory notions with simple mechanics that dare you to keep up - and keep your machine in one piece - as the game races towards the finish.

Also at the heart of steampunk is the urge and desire to create useful, though outlandish, inventions that ever push boundaries. This is, of course, the game's central feature. Your machine visually expands before you as you physically add parts. On the one hand, you must construct it logically with sections right side up and properly connected by valves. On the other, it can easily balloon into an ungainly monstrosity defying physics and aerodynamics. But when it is comprised of a brassy assortment of Galvanic Brakes, Ion Thrusters, Thermocouplers and Augers, does sleekness really matter?

Steampunk Rally also pays homage to larger-than-life figures whose contributions and personalities inspire the subculture. Much of the field’s literature and reenactment revolves around historical individuals from the Victorian and Edwardian eras. As an inventor of your own crazy contraption, you assume the role of some prominent innovator with a unique ability via his/her starting cockpit and machine part. There are sixteen characters including genre stalwarts Nicola Tesla and Thomas Edison, but all lesser-known ones like Ada Lovelace, Elijah McCoy, Sakichi Toyoda and Alberto Santos-Dumont – ensuring that plenty of ethnicities as well as both sexes are represented, even if the historical generation was less inclusive in that regard.

The vent phase is also an appropriate touch thematically and an interesting mechanic in play. As you place dice to activate parts, those cubes remain clogging it for further use. You must spend cogs to vent them, but only at two pips per cog. So while the buildup in pressure may not result in an outrageous explosion worthy a steampunk story, it nonetheless slows your progress. Venting pulls you a little bit further into the setting while creating some interesting choices that can prove critical to your invention's speed and success.

Finally the design's entire racing agenda speaks to the genre's spirit of competition characterized in many examples of it across mediums. Steampunk literature especially often throws its antagonists headlong into contests and challenges which foster continual self-improvement and invention through gamesmanship and/or friendly rivalry. Steampunk Rally succeeds then in both representing its thematic inspiration and game design. Tense, action-packed, often chaotic and requiring important decisions around every corner, you'll rely on a little luck and even more pluck to reach this finish line.