Manufacturer: Cool Mini or Not

The War of the Five Kings gets personal between the Baratheon brothers Stannis and Renly, both laying claim to the Iron Throne. Standard Baratheon war doctrine calls for heavy armor, even for troops ordinarily suited to speed. But slow-moving means tough to crack, where even Baratheon skirmisher troops can hold the line against heavier counterparts. Both Lady Shyra Errol and Ser Alester Florent remain interested parties, working for either side as the war shifts. It's an age of bold claims and bolder action as the Baratheons march to war.

Miniatures are supplied unpainted. Preparation and assembly may be required. 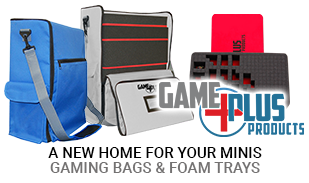 Nice set, fragile models
I had been waiting for the Baratheons ever since I first heard about this game. When it first came out, some friends told me how great it was, but I told them I wasn’t interested unless there were Baratheons. Well now here they are, and here I am. Having exposure to the hobby already, I find this stuff pretty accessible, but newcomers shouldn’t be too overwhelmed by any of it. Compared to other miniature games I’ve explored, I feel like ASOIAF is approachable as a game system, and very reasonably priced, especially given the scale and quality of the miniatures. Similar to the other faction starter sets, the Baratheon set gives you an immediately-playable 35-point force, and all of the accessories required to start playing games right out of the box. The 10 yellow Baratheon black stag dice are a real nice touch. While that’s typically sufficient, I hope CMON will sell packs of them separately. As for the models, they are in a light yellow colored plastic and look different enough from the other factions. The characters look fantastic. My only gripe is the design of the infantry hammers, particularly on the sentinels and wardens. First of all, I get that they’re paying homage to Robert’s warhammer, but 100% hammers feels a bit gratuitous. The sentinels carry two each. I personally think that only the stag knights should have been given hammers, with the other units equipped with swords or maces or something else. Beyond this, a lot of the hammers looks pretty ridiculous; almost like squeaky toys. They have giant double heads and really thin handles. Maybe CMON did this so they would be easier to recognize on the table, but unfortunately the thinness made them very fragile. About half a dozen models had bent hammers out of the box. None were broken, but they were inevitably going to break at some point, so I preempted that by snipping the handles and modifying them with brass rod. I also reduced the hammer head size when workable. It was a little unexpected project that I had the skills for, but wish I didn’t feel the need to. Had the models been sculpted with thicker weapon handles (like the Stag Knights’ hammers or Umber Berserker axes), it wouldn’t have been an issue. Having modified/strengthened those at risk, I’m still concerned that I’m going to have to baby the rest of them. Time will tell. Other than this nitpicky thing, I’m happy with this set and look forward to seeing what else they come up with for the faction.
Review by Joey W. on 12/13/2019