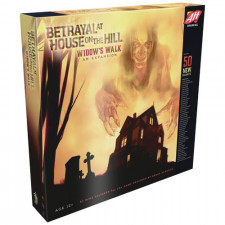 Betrayal at House on the Hill: Widow's Walk Review

This highly anticipated expansion for Betrayal at House on the Hill is an excellent continuation of everything you either love or hate about the base game. That is to say, itâ€™s a great collection of scenariosâ€”what little Iâ€™ve played of themâ€”that are at least as fun and creative as those in the original, if not better.

One scenario in particular had us smiling ear-to-ear at the end for how clever it was and at how effectively the writer had taken us by surprise with a fun pop culture reference that we somehow didnâ€™t see until the big reveal at the end. Itâ€™s still an experience that casts you and your friends right in the middle of the zaniest B-movie youâ€™ve ever seen, and it still does an excellent job there. Itâ€™s just fun stuff all around.

But the expansionâ€™s also a missed opportunity to fix the base gameâ€™s glaring issues, such as a total lack of balance between the traitor and the players, scenarios that fail to scale with the number of characters in a given session and fuzzy rules that leave an uncomfortable amount of doubt for such a simple game. 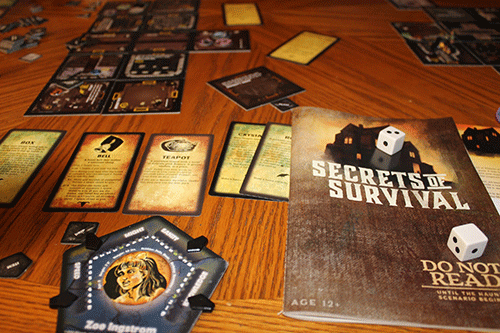 I couldnâ€™t help but think as we played and were reminded of Betrayalâ€™s often-painful shortcomings: how cool would it have been for this add-on to introduce some kind of balancing mechanism whereby the chance that the traitor totally blows out the players, or vice versa, is greatly reduced? Or some additional layer of strategy before the haunt begins in earnest, where players can truly feel a level of distrust as in Battlestar Galactica or the countless other traitor games that popped up in Betrayalâ€™s massive wake? There was a real chance to clean up the game systemâ€™s issues and make it a force to be reckoned with in the traitor game genre.

Alas, it was not to be. The bulk of this expansion really is just the healthy number of new missions, with a few tiny new mechanisms bolted on. The new roof floor adds some variety to the early exploration turns, but not enough to inspire a purchase all on its own. Sure, current owners will be happy to see some new items and events, especially if theyâ€™ve played the base game to death. But thereâ€™s nothing revolutionary there.

Therefore, I can recommend this expansion if youâ€™re in the potentially small cross section of gamers who both enjoy Betrayal, warts and all, and also have played it several dozen times and thus have a genuine need for more scenarios. This means itâ€™s really not an expansion for everyone, but for those who fit perfectly in that category, itâ€™s done very wellâ€”a real labor of love from all involved.