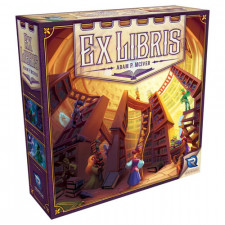 If youâ€™re looking for the perfect board game for a bunch of bookworms, Ex Libris may be the one! Check it out for your next board game night!

Ex Libris is a one to four player game designed by Adam P. McIver and published by Renegade Games. A typical game of Ex Libris plays in roughly 30-60 minutes 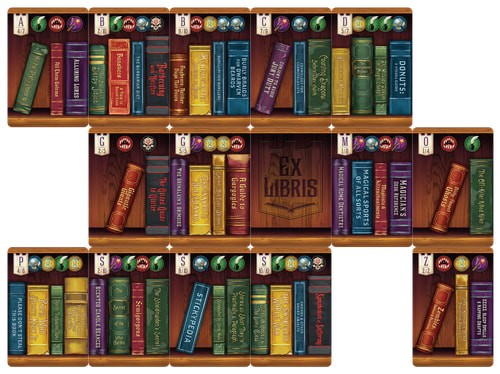 In Ex Libris you are competing with your fellow librarians to win the position of Grand Librarian. To achieve this you must fill your library with the rarest and most diverse magical books. The game features card drafting as well as a worker placement function. 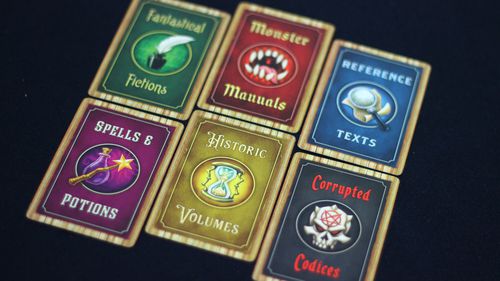 Ex Libris features five categories of books from Monster Manuals to Spells and Potions. Each card represents a shelf that could go into your library. These cards will picture several books which have very clever and hilarious titles. Each shelf features a specific alphabet that you must place in alphabetical order to score them properly.

Each player will choose a librarian player board and they will take 2-3 generic workers as well as one special worker. The special workers range from a Gelatinous Cube to a Ghost or even a Sasquatch among several more options. 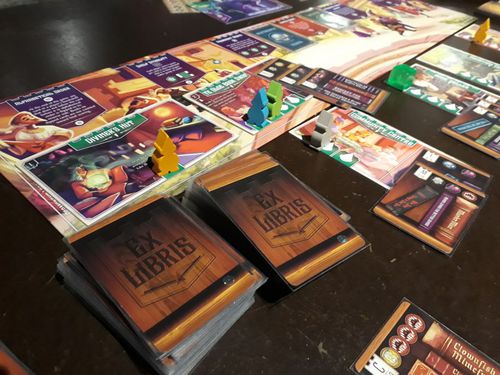 Each game will vary based on which book categories are randomly chosen for the different end game bonuses. Prominent works will award the player who has the most of the chosen category. Categorical Variety gives you points on the category you have the fewest of, so it pays to choose books as evenly as possible. Banned books penalize you for having those books.\

Also, your awarded points for shelf stability, meaning how even your shelves are shaped. 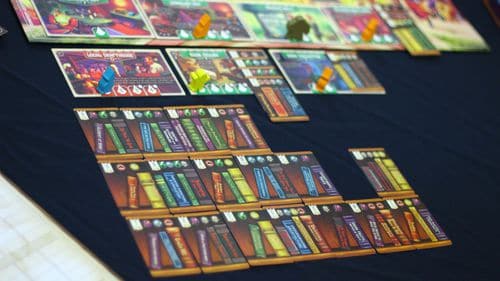 Each round will feature new locations for you to send workers to in order to obtain new books and/or shelve the books to create your library. Each of the various locations all has a unique ability when you send a worker to it and some only have limited spaces. You also can send workers to your own library to perform the basic actions.

These consist of either drawing a new shelf card or even shelving one form your hand into your library. You must be careful when shelving because if you place your books out of order you will lose the shelf at the end of the game.

To show this you just flip over the card showing the empty shelf artwork on the back of the cards. Each playerâ€™s unique worker also has a special ability which will trigger at various points in the game based on which character it is. Once a player has a certain number of shelves in their library based on player count then the game will end. 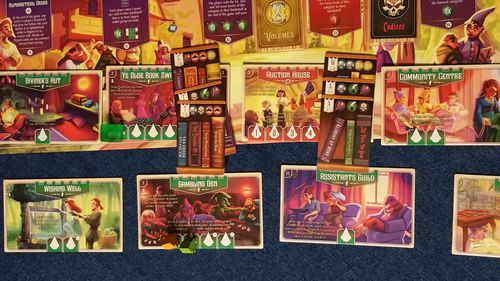 Ex Libris is definitely one of my favorite games, between the fun and beautiful artwork to the engaging gameplay. While not on the super light side itâ€™s not too heavy as to put off casual gamers or non-gamers alike. Ex Libris is very likely to appeal to book aficionados due to the clever book title parodies. Not to mention the rich theme of building your very own library. What book enthusiast wouldnâ€™t love that?

So if you like hand management games and worker placement games then Ex Libris brings the best of both worlds to your game nights.