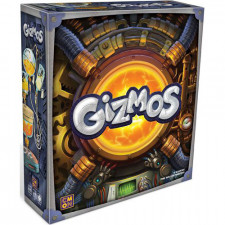 Be the Science Fair Champion with Gizmos

Looking for a lighthearted game that wonâ€™t bore you to death? Check out Gizmos, and be crowned champion at the science fair!

Gizmos is a 2-4 player game designed by Phil Walker-Harding and published by CMON games. Gizmos plays in roughly 40-50 minutes and is a lightweight engine building game. 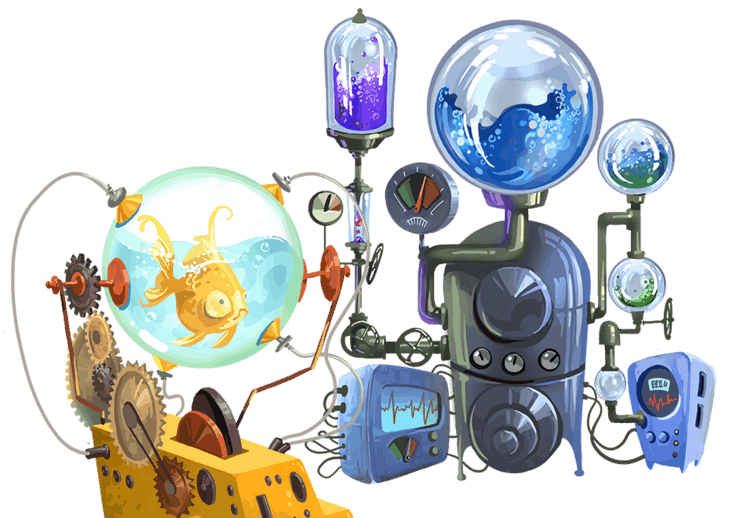 In Gizmos you play a science fair contestant trying to be crowned champion. Each player builds machines to create combos and score the most points. Think of it as building a Rube Goldberg device, where a chain reaction causes multiple actions triggered by a single action.

Since Gizmos is an engine building game, everything you do can create extra actions. The idea is to create as many extra actions or combos as possible in order to get the most efficient engine running. You can only take one action a turn but can chain as many bonus actions as possible during a turn.

This is the most fun aspect of Gizmos. The moment you start chaining multiple actions is very satisfying.

The main attraction of Gizmos has to be the marble dispenser. Very similar to the one in potion explosion, the energy marbles are filtered into a tray in order to be taken and used by the players. It looks like a hopper or a gumball machine. Its table presence isnâ€™t fantastic.

There are four basic actions you can take in Gizmos. You can file a gizmo into your archive to reserve it for later or to prevent someone else from building it. You can take a pick action which lets you take one of the six energy marbles in the dispenser tray.

You can also build a gizmo as long as you have the required energy to build it. Lastly, you can take a research action by picking one of the three gizmo stacks. Then you take cards up to your research level and choose one to either file or build.gizmos

As you build more gizmos youâ€™ll gain points and bonus actions. Some let you pick an energy from the tray or draw blindly from the hopper. Some give you bonus victory point chits that go toward your final score.

There are also some gizmos that just upgrade your stats. These stat bonuses upgrade the amount of energy you can hold in your energy bank, the number of gizmos you can store in your archive and the amount of cards you draw when you take a research action. There are also some gizmos that allow you to convert certain energy types into any type you wish. Another gizmo lets you make one energy of certain colors count as two of that type.

Finding the perfect balance of different gizmo types is the key to victory. Itâ€™s fun to experiment with different combo styles in order to find what works best for you. With so many different combinations the possibilities are endless. No two games are the same, thanks to the many different cards and the randomization in each deck.

I definitely recommend Gizmos if you like engine building games that reward creating effective combinations. Plus, Gizmos is such a lightweight game itâ€™s perfect to use as a gateway for novice players or non-gamers alike. The gameplay is creative and fun enough to keep advanced gamers entertained as well. Of course, the table presence, while it may seem a bit much, is very endearing to me.

Itâ€™s honestly what caught my eye when it was announced. The marbles are unfortunately plastic, but they have these air bubbles inside which actually gives them a pretty cool visual effect so they look really nice overall. Plus Iâ€™d imagine glass marbles would wear the dispenser out faster in the long run.