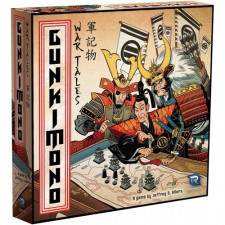 Get hooked on Gunkimono, the tile laying strategy game set in Feudal Japan with beautiful aesthetics and a sense of honor. 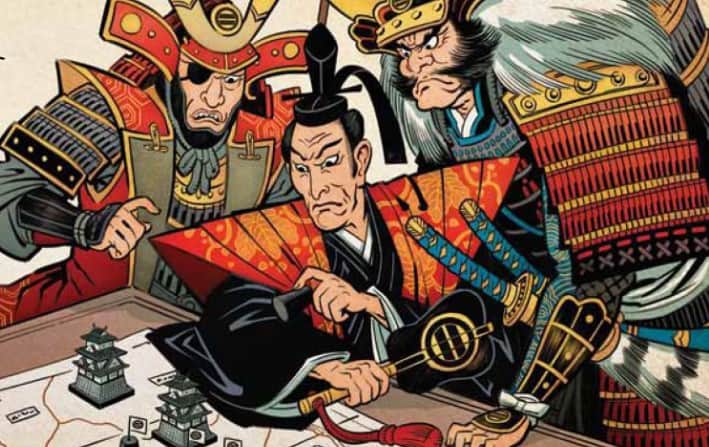 It plays in about 45-60 minutes and is a reimplementation of Allersâ€™ Heartland. Instead of a farming theme, the game now takes place in Feudal Japan. Instead of crops and barns, you place soldiers and strongholds. Other than the theme and a few balancing changes, itâ€™s essentially the same game, but much easier to obtain. 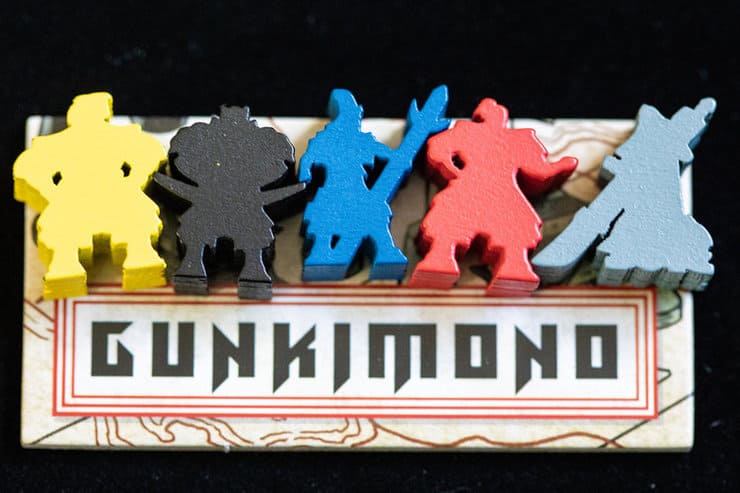 In Gunkimono, you are playing the role of a Daimyo trying to conquer your enemies by earning victory points from creating massive formations of soldiers. Another way to earn points is by gaining honor instead of immediate victory points, in order to gain more victory points later. The game makes you weigh the importance of early points versus end game points.

Each player in Gunkimono will place one of their three in hand tiles which feature two different colored units and each side will have one of two honor symbols. You can only place your tile on colors that do not match the units in your hand. Another rule for tile laying is they have to lay flat. You can use one of your five single unit tiles as a brace, if you will, in order to make your large tile bridge across an uneven space. 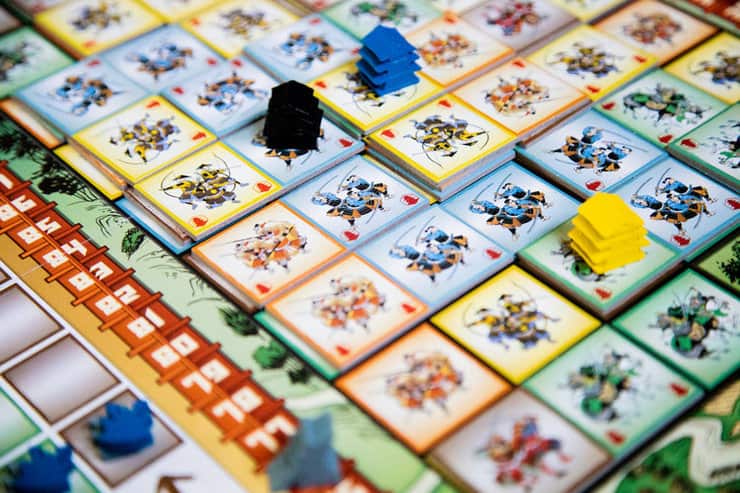 When you place a tile you can choose to gain honor for each symbol on the matching color track or gain victory points based on how many connected units you create which is called a formation. Once you unlock your stronghold via gaining honor in all the tracks, you can put it into one of the formations on the board. You immediately gain a point per connecting unit same as you would normally. 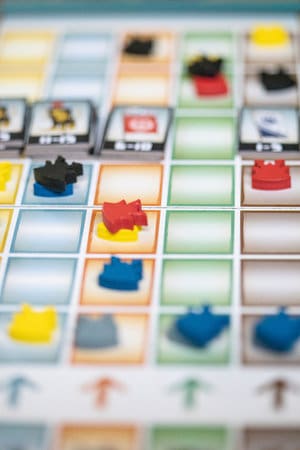 Also at the top of each honor track is a hidden point tile that can earn you even more points for the end game. These tiles vary in amount and are randomized during game setup. 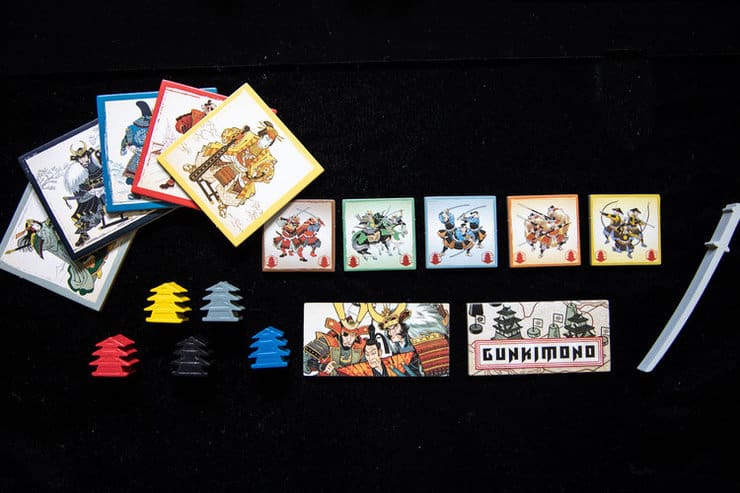 Gunkimono is a fantastic game that is lightweight, yet full of strategy. Newer players and veterans alike will appreciate the depth and decision making involved. Gunkimono was one of my Gencon acquisitions that I was excited for. Iâ€™ve heard lots of good things about itâ€™s previous incarnation and the new samurai theme reeled me in.

Needless to say this one hits the table for me often due to the very light time investment. Often we tend to play at least twice before moving on to another game because of how fast paced it becomes once people get the hang of it. 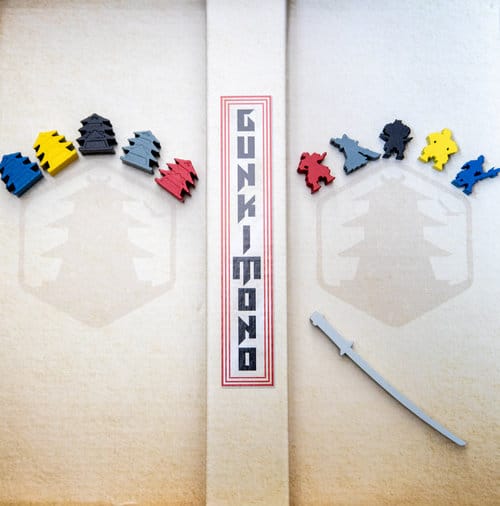 The component quality of Gunkimono is fantastic the Daimyo meeples are awesome. The first player token is a katana meeple, which isnâ€™t given to the player who most recently visited Japan. The artwork is beautiful and has a Japanese woodblock feel to it. The game board looks great and is very ascetically pleasing.

I highly recommend Gunkimono if you like tile-laying strategy games with area control and influence elements. I had a blast playing this and I hope you do as well.