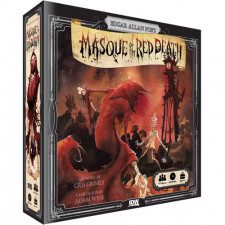 A Dance With Death

Looking for a poetic game with a touch of horror and morbidity? Youâ€™ll get all that and more in Masque of the Red Death. Check it out. 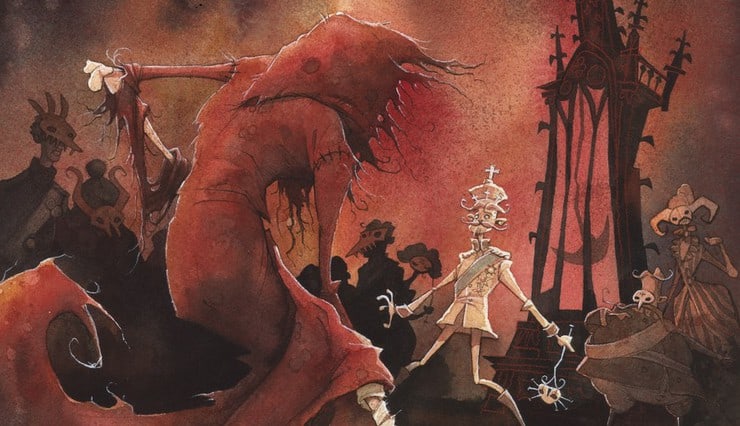 Based on Edgar Allen Poeâ€™s poem Masque of the Red Death. In Masque of the Red Death, you are a noble invited to an elaborate Masquerade ball by the Prince. Your goal is to dance and mingle in order to gain popularity. This is important because the most popular player wins the game. There is a catch, however, despite how popular you become, it wonâ€™t matter to anyone if you are dead. 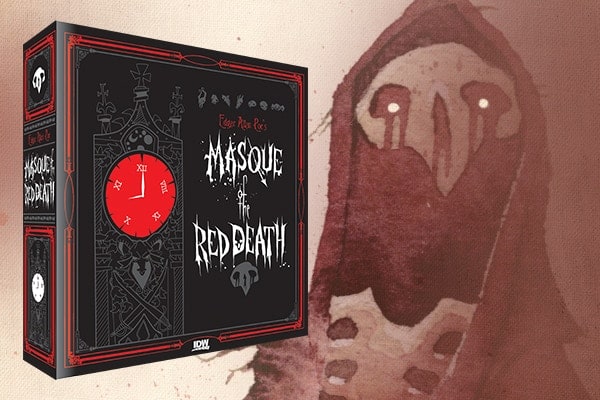 This brings us to the second phase of the game. You start the game dancing flirting mingling and such, but once the clock strikes midnight, the Prince is killed and the dance of death begins.

At midnight and every ten minutes, Death comes to the party and moves from room to room killing all who stand in those rooms. Death will visit two rooms at random from six seeded time slots the other rooms for those times are safe and will be added to the rumors deck. Other than playing cards to increase your popularity you can view evidence cards in order to see which rooms are safe at which times. This will help you survive the night. So you kinda have to learn what is a healthy balance of popularity and deduction. 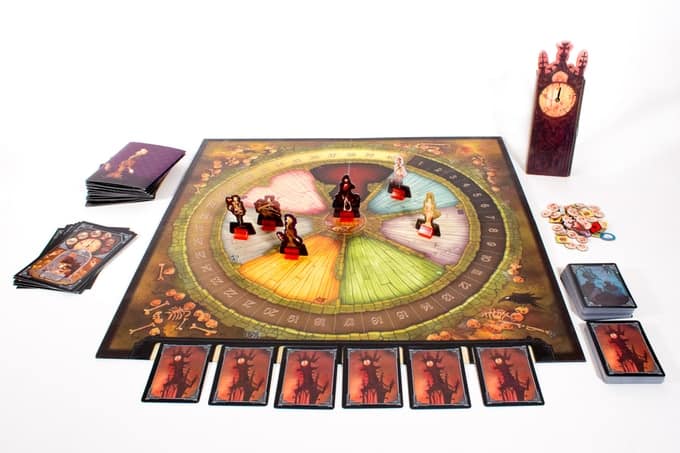 Masque of the Red Death is a very fun and intense game. I didnâ€™t understand how that feeling would translate until I played with my friends. I was more and more nervous as each room card was revealed for Death as he would move to and fro. I really enjoyed how you can learn the safe rooms and even steal info from your opponents. And of course, you can help or hurt your opponentsâ€™ popularity as well. You can also follow around the Prince to gain popularity for being in the â€œcool crowdâ€ if you will. 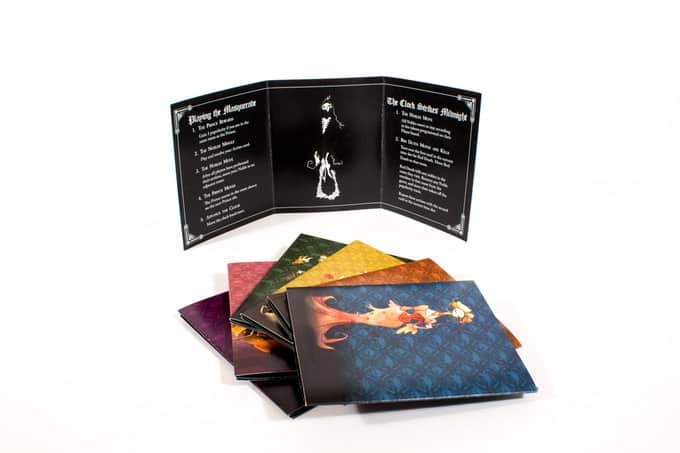 The component quality for Masque of the Red Death is pretty strong. There are cool standies for each of the guests, the Prince, and Death and heavy cardboard player boards for each noble. The 3-D clock standie is awesome the hand even moves. The game board is color-coded for each different room and there are icons for each room to help the color vision impaired.

If you were lucky enough to have backed this on Kickstarter, you had the option to get the deluxe version which included miniatures for all the characters plus an Edgar Allen Poe miniature to use instead of the Prince. And the art is definitely something to mention the style is very thematic for the dark and sinister. 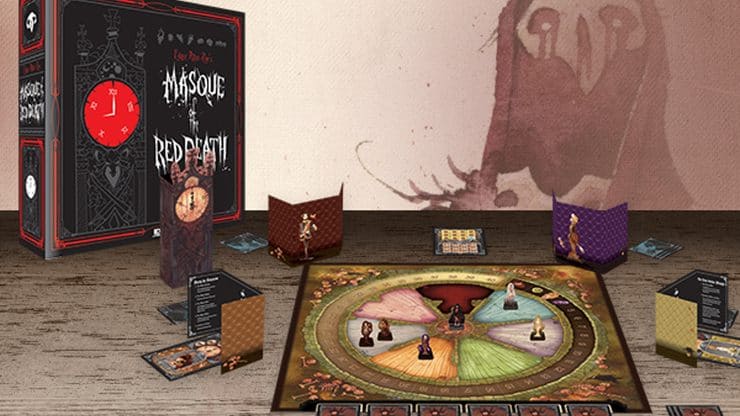 Masque of the Red Death is definitely more of a lighter weight deduction, take that game with a little press your luck involved. My play group really got into character and we were laughing the whole time.

And once Death showed up we were all nervous. I really liked that element of this game. The theme is much stronger than I initially thought it really lines up with the poem as far as the events progress in the game. I highly recommend this game, especially for larger groups.

The main negative Iâ€™d give this game is if you donâ€™t have at least four players itâ€™s not playable. Other than, that I think itâ€™s a great game overall. Just remember when Death comes to your party itâ€™s best not to linger in place for too long.