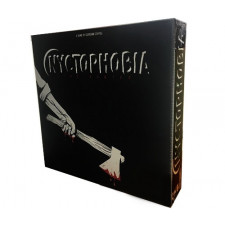 Whatâ€™s better than being blindfolded and forced to touch things? Doing it with your friends. Nyctophobia can do that for you in board game fashion!

Nyctophobia is a 2-5 player game designed by Catherine Stippell and published by Pandasaurus Games. The game features very creepy and thematic noir-style art by Peter Wocken. Nyctophobia plays in 30-45 minutes and is a very lightweight game. 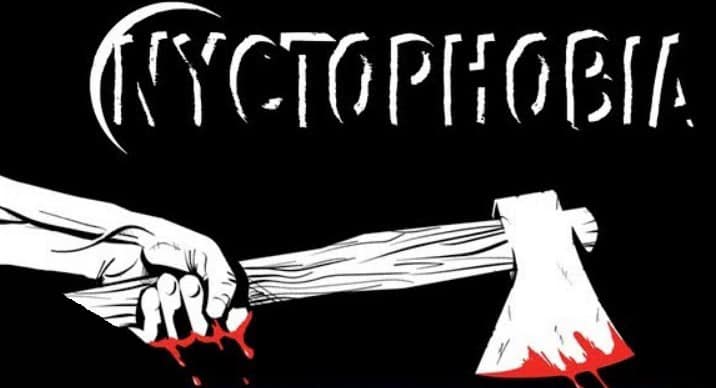 In Nyctophobia, 2-4 players are playing as the hunted, friends who are trying to navigate a pitch black maze-like forest in order to find their car and escape a deranged killer. The killer is played by another player, whose goal is to kill at least one of the hunted players. All you have to do is find the car in a maze- sounds simple enough, right? Surprise; thereâ€™s a catch.

The hunted players are completely blind! In order to achieve this sensory deprivation, they are required to wear a pair of blackout glasses. They are completely functional and you cannot see in front of you at all. Nyctophobia was inspired by Catherine Stippellâ€™s blind uncle. He would play board games with them but need to be told what the board state was during play. From this, Nyctophobia was born. What if you no longer could rely on your sense of sight? 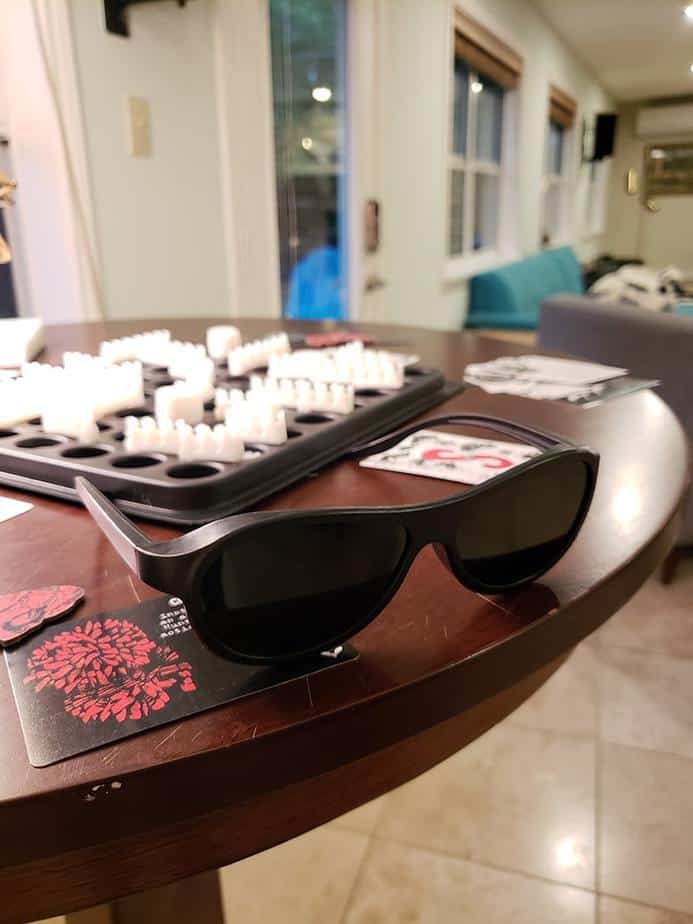 How would you find your way around the board? With touch, of course! When a hunted player moves they have to feel the adjacent spaces in order to find a path. Each player can only move two spaces and cannot move through trees. If a hunted player finds a rock they can keep it to throw in a cardinal direction, to make noise, or to stun the killer. Noise is important because the killer will always move toward sound. 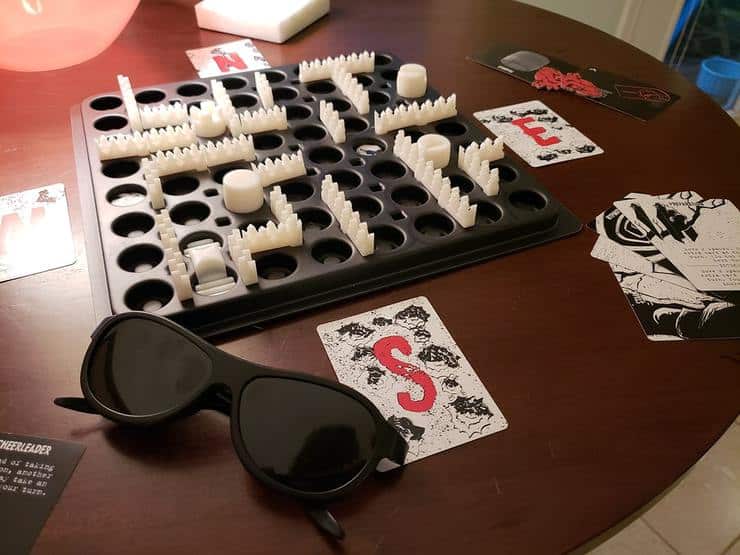 Players can also hide to make themselves invisible to the killer. However, anytime that player physically speaks out loud they are no longer hiding and a sound marker is placed in their space. The hunter plays cards that allow them to move certain ways but also tells them to taunt the hunted players in order to distract and frighten them a little which is kinda fun. A random voice while blindfolded can be quite disconcerting.

At setup the hunter will tell the hunted what the cardinal directions are. After moving a hunted player may also sprint one additional space in order to try to escape the hunter. 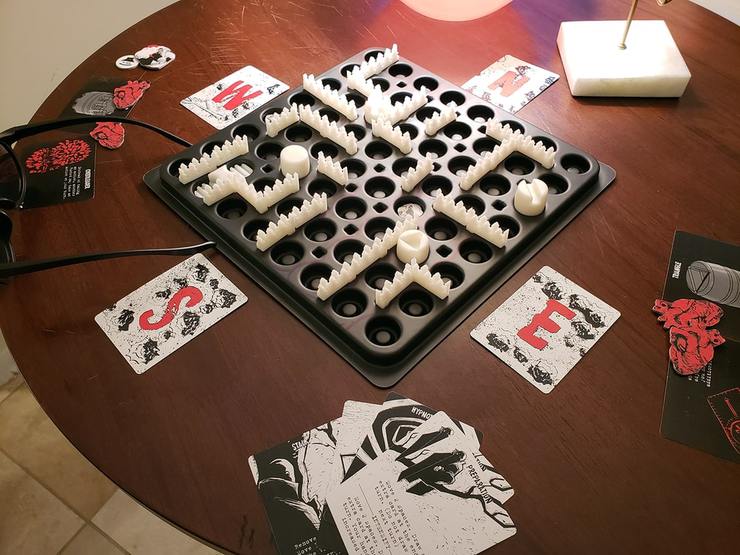 In Nyctophobia communication is key for the hunted players to describe where they are so they can find the way out. Once the car is located they can call for help, but that means no more hiding. If the hunted can survive another round they win.

Nyctophobia comes with two decks or two different killers if you will. First is the Axe murderer. He can run around and chop paths through the trees in order to catch his prey. Most first timers should play this since itâ€™s fairly basic. The other killer is the Mage, she can manipulate and confuse the hunted. She can rotate the board to disorient the hunted or even switch positions of two players. 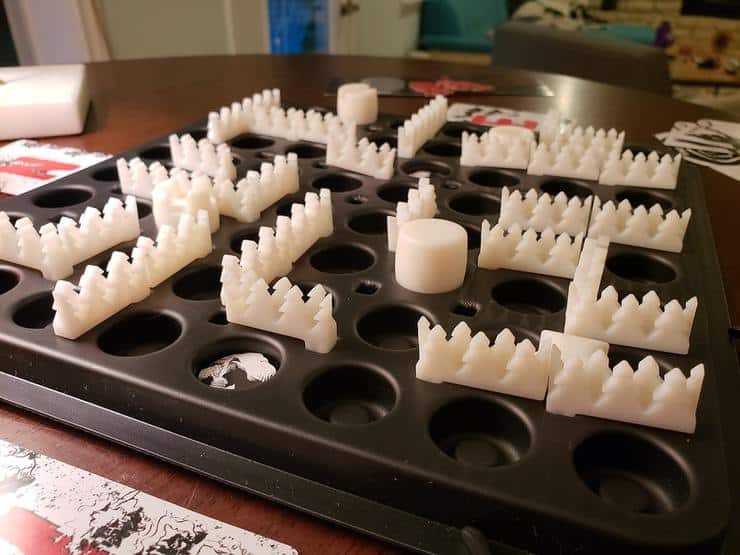 There is also a Target exclusive version of Nyctophobia which features a different scenario. This has the hunter playing as a vampire and the hunted are trying to save their friend who has become a familiar. The games are for the most part the same, just the added value of variety is what youâ€™re getting out of having both versions.

If you want to bring something unique and exciting to the game table, you canâ€™t go wrong with Nyctophobia. With its groundbreaking play mechanism and suspense filling gameplay, itâ€™s sure to be a hit, if not a frightening experience to behold.

My playgroup definitely enjoyed the atmosphere this game has to offer.