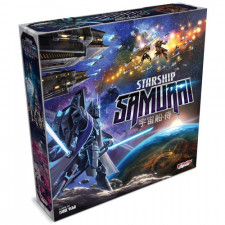 Looking for a new addition to your local game night? Hereâ€™s one board game thatâ€™s both beautiful and challenging: Starship Samurai!

In Starship Samurai you play as the daimyo of one the four major clans in the Lotus Galaxy. You are fighting for dominance and the rights to the role of galactic emperor. You are trying to gain the support of the eight minor clans in order to bring honor to your clan and claim the throne. You may also need to defeat your enemies in space combat if diplomacy if not enough. To further your cause you can deploy giant Samurai mechs to join your fleet of starships to help crush your foes.

Each player in Starship Samurai gets two starting combat cards, a carrier ship and a squadron of fighter ships. Everyone will also get two giant Samurai Mechs which are snake drafted in player order. Snake draft is a style in which the first player picks first and after that last player picks they pick again in reverse order ending with the first player choosing their second mech last. Each mech has a unique ability as well as different power levels. 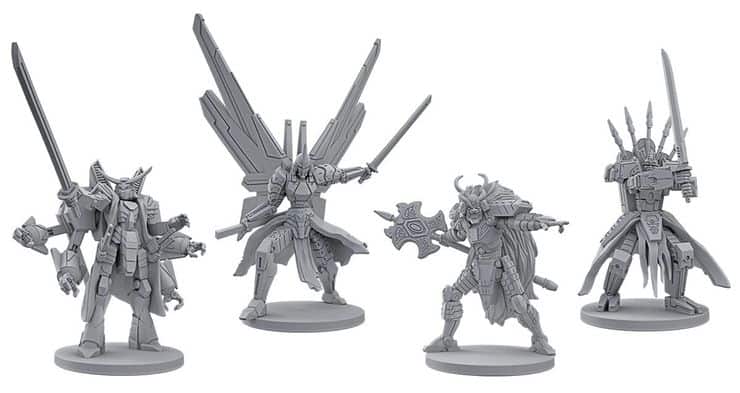 The combinations are endless and this will add to the replayability. There are also four locations which are randomly seeded with a location card each round for players to try to take over and add to their collection. Each location has an icon with a different amount of pips. These give bonus end game points for every different numbered pip amount. Players will also need to earn honor with the eight different minor clans in order to gain extra honor.

Each player has four order tokens numbered one to four. These can be assigned in any of four possible actions. The number you choose for each determines the intensity and effectiveness of any given action. You can also spend wealth tokens to further increase the strength of these actions. Combat is very straightforward if two or more players are in a location together combat will occur to determine who wins the location card. Each player may play only one card and then combat strength isnâ€™t compared to declare the victor. 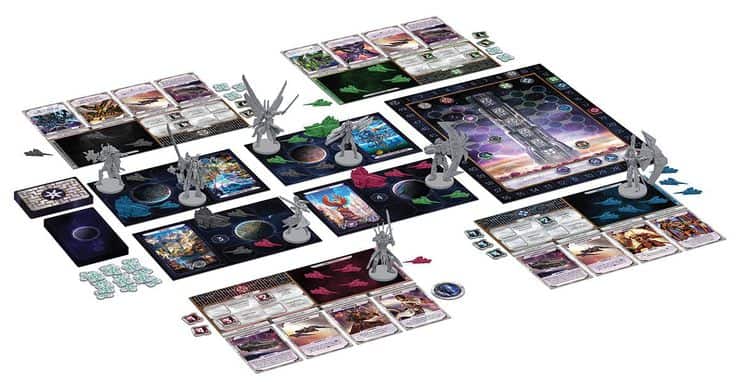 Starship Samurai is a very fun medium weight game. I thoroughly enjoyed my game plays of this one. It was also a hit with my gaming group. The gameplay is simple yet your decisions are rich and meaningful. The component quality is top notch, the mech miniatures are beautiful and well made. One of my friends wanted to play the game based on how cool the mechs looked alone.

I would definitely recommend this game for your game nights if you want a new area control game that also looks nice on the table.