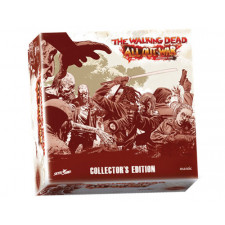 Critical Misses: Mostly redundant for veterans and quite the tease with exclusives

I've broken a marital oath to X-Wing recorded in a Holocron by admitting my illegitimate affection for The Walking Dead: All Out War miniatures game in the past. The Collector's edition only extends that self-loathing further as I cheat on my B-Wings and TIE Interceptors. Passing up new blisters of fragile spacecraft for little ones of wilted and decayed human beings never felt so liberating, or as damn svelte as it does in this new huge box. 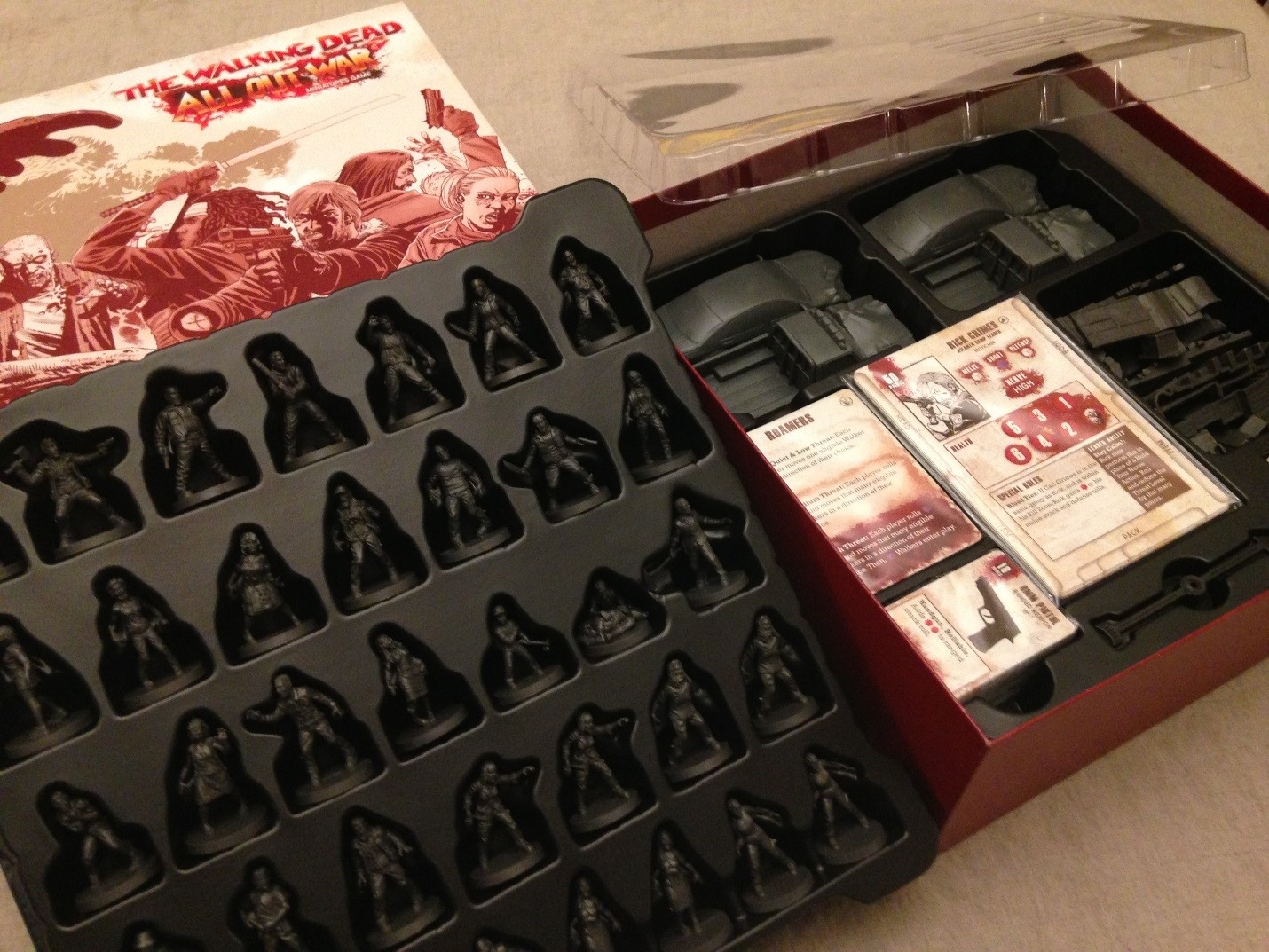 The sexiest Zombie in town.

The real challenge about this big release is justifying the cost if you've already bought into the system. Let's rifle through the contents and give it a go before I help you make up your mind.

The first thing to note is that this is crammed with expansion content. There's so damn much of this game out in the wild that it's likely you've passed on a release or two. For instance, I've been eyeing the 3D terrain expansion for months, as well as the Equipment and Roamer boosters. Maybe you’ve ignored the Prelude to Woodbury solo starter due to its portion of redundant components.

Hell, with our bank accounts chained to Mantic's pipeline very few have scrounged up the dough to hit the convention circuit and track down a very limited Lee and Clementine promo set - the two famous protagonists from the Walking Dead Telltale video game series. These fresh, iconic characters offer some vibrant new options to toss into your skirmishes and change the personality of how you organize your survivor group. Of course, the poses and detail of the two figures is the standard exceptional quality we’ve come to expect.

In addition to the aforementioned assets you get the deluxe gaming mat and 2018 show exclusive minis like one-legged Dale, Scott Moon, and a walker version of main man Rick. Dale is the prime get of these new figures as you can’t help but be endeared to the wounded fella. Still, if you haven’t taken a look at the neoprene mats for All Out War, take a gander at my thoughts as you may be surprised. 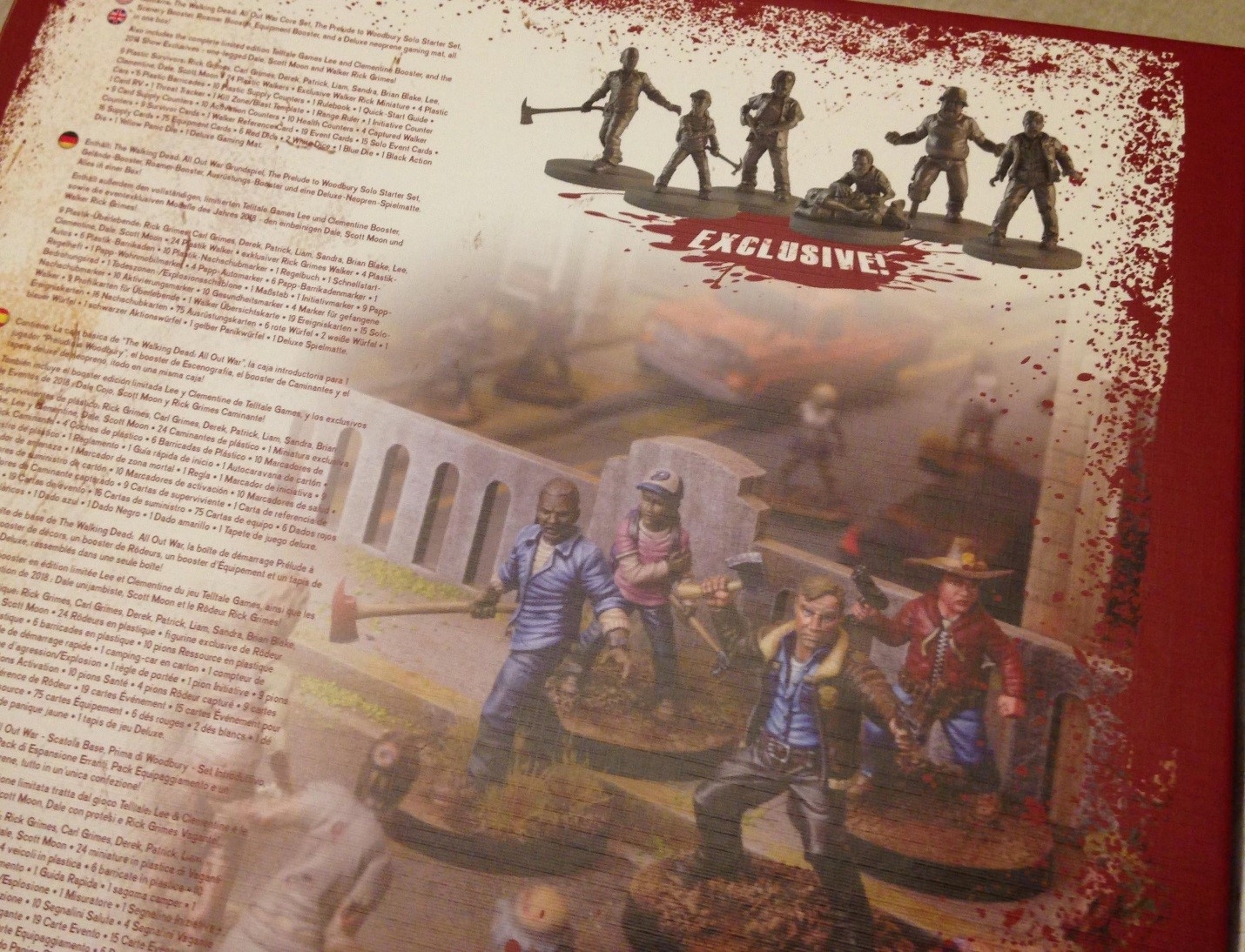 As a completionist vehicle for filling out scattered items, the Collector’s Edition of the core set works superbly. The bundled price of contents means you're likely getting two or three pieces free of cost, and doubling up on useful items like dice and range rulers. If repurchasing items you’ve already paid for stings unbearably, you could likely move your existing sets on the secondary market to allay some of this new version’s cost. This game has sold like eyepatches in Woodbury since it’s been released, so you should have no difficulties recouping some of that dough.

For timid newcomers this is the perfect opportunity to pick up the hatchet and dive into the game. With the start of the new season your heart is pounding and you want to spill some partially coagulated blood upon some cracked Atlanta pavement. The value here is outstanding if you compare it to the individual expansions and total commitment. Much like the decayed pylons stumbling about, it's a no-brainer. 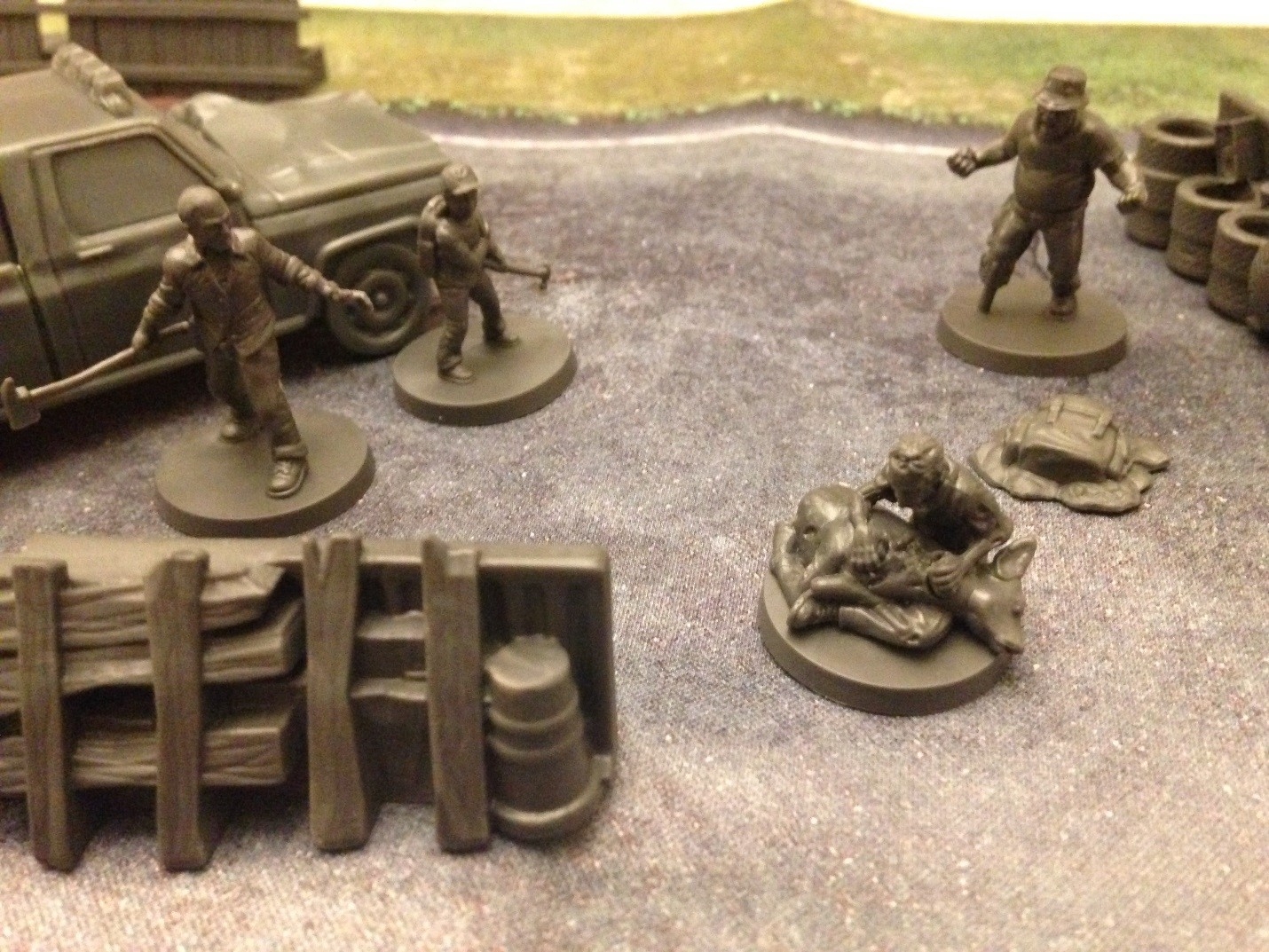 Rick’s acquired a taste for venison.

One of the strongest features of this product - and I'm absolutely not joking - is the larger sized box. Storage for this game has traditionally been a pain with a collection sprouting outside its size 2 toddler outfit not long after cracking the shrink. This release comes with a wonderful vacuform layered insert housing everything on offer. There are still challenges to face once you expand beyond the included material, but you of course have the option to toss the inserts and fit up to twice as much plastic and cardboard. It helps that the new artwork is fantastic as well.

There's not a whole lot of criticism one could dig up related to this title. We know what the contents include and their individual level of quality (definitely high), so it's a matter of how much of the box innards you need to pad out your collection. As a one-armed scruffy All Out War diehard, I can’t ever turn down more plastic walker goodness.