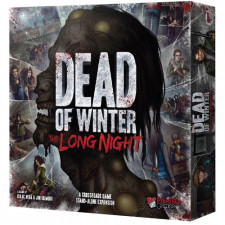 Dead of Winter is a fabulous game that, while set in a zombie apocalypse, is actually about paranoia, trust, and betrayal. It is expertly crafted and quickly became my go-to title for hidden traitors. The Long Night is a standalone expansion to Dead of Winter. You can combine the two or play it entirely on its own. And, in many ways, it is a straight improvement over the original.

The Long Night doesnâ€™t just carry over the same systems from the base game. Instead, it actively improved nearly all of them. For instance, several items can turn barricades into explosive traps and the new barricade tokens reflect this. Similarly, you can now see your Helpless Survivors turn Unruly and the new tokens incorporate that. Even the noise tokens are improved. If you intend to combine both games, you can simply discard the old tokens because the new ones are strictly better. 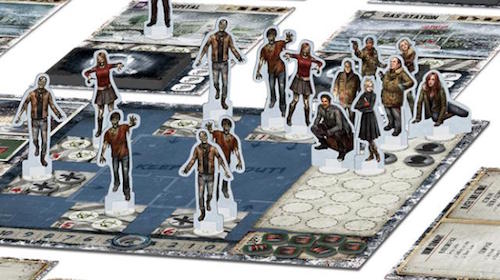 But the expansion is more than just an update to what came before. It includes three new modules that can be added to dramatically change gameplay. The first is Improvements. Each game, the players can collectively build something that, when completed, will help the colony. It might be a Greenhouse for food or an Outhouse which makes cleaning up waste easier.

While Improvements tend to make the game a bit easier, the Bandits do the exact opposite. Bandits are come from another colony who are also scavenging food and supplies. So they show up at the locations, take up space, attract zombies, and even steal items. If something important gets stolen, you might even have to raid their hideout. And they defend it zealously.

Lastly, Long Night introduces the Raxxon location. This is the evil corporation that has unleashed the zombie plague. On the one hand, the items here are incredibly powerful. A few of these in your group might make the game a cake-walk. To compensate, Raxxon may also release super zombies every round. They have special powers, cannot be automatically killed, and tend to exact a toll from whoever fights them.

The Long Night is fantastic. It is an almost complete improvement over the base game and the additional modules really allow players to tailor the experience. If youâ€™re looking for increased difficulty, the bandits have you covered. Want a little assistance? Improvements are great. It has all the best aspects from Dead of Winter and even improves on them. In fact, it feels a little like Long Night is the true base game and Dead of Winter just gives you more characters, agendas, and crossroads cards. After all, thatâ€™s pretty much all youâ€™ll keep from the base game if you combine the two.

Because of new additions like Explosive Traps and Unruly Survivors, there are more considerations in Long Night and more strategy generally. And the new location cards can really change up gameplay. There are no Blueprints cards, so you canâ€™t make a quick run to the library, and then park at the indicated location mining cards. But you can find other special books that give special powers.

The basic items are also given new abilities. For example, you can use a 1 Food card to get rid of a bandit. Fuel can now also be used to kill zombies. And Junk is how you build improvements. You can make everything from a Turret to a DVD player out of junk. The increased options not only make gameplay more entertaining, but give a Betrayer more cover for suboptimal moves. 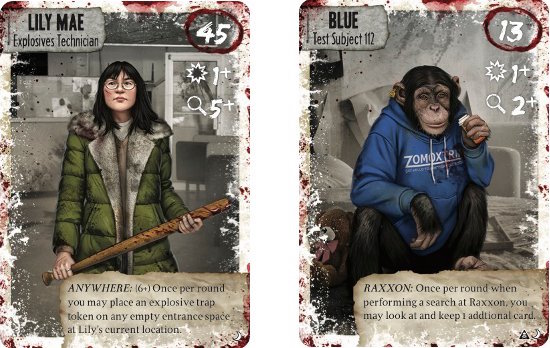 Night of the Living Paper Dolls.

The one minor annoyance with this title is that it doesnâ€™t combine easily with the base game. Sure, there are some things that are straight replacements, but what about the location decks? You canâ€™t simply add them in or you eliminate the scarcity. And while Long Night suggests combining the two and dealing out a random set of 20, that could result in weird games where the Police Station is devoid of weapons and the Gas Station has no fuel. There are ways around it and some great suggestions online, but itâ€™s something that should have been thought out and included.

Still, Long Night is, without a doubt, a superior Dead of Winter experience. If youâ€™re only going to get one, then this is it. Get the original later when youâ€™re looking for more characters and crossroads. Until then, youâ€™ve got an improved base game experience, better components (the board and locations are thicker), and still get access to all the awesome modules. Itâ€™s not often that an expansion supplants a base game, but thatâ€™s what happened here.