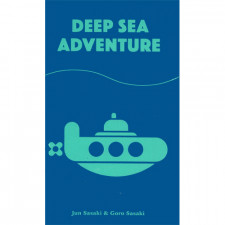 Games love to push the envelope nowadays. Every game tries to be the next big thing, the next giant leap in innovation and creativity. Deep Sea Adventure harkens back to a simpler time, when you could simply have fun rolling a couple dice and playing a game of chicken with your friends.

The game casts you as submarine explorers trying to haul more treasure back than your opponents. However, this is a socialist submarine so all players must share oxygen. Unfortunately, some players are greedier than others, and will try to haul a boatload of treasure back, sucking down all that precious O2. As you watch your collective air supply dwindle, you will paddle for the surface in desperation, hoping to make it back before all youâ€™re breathing in is the deep blue sea.

There really are no big twists or turns here. Itâ€™s push-your-luck as simple as you please. 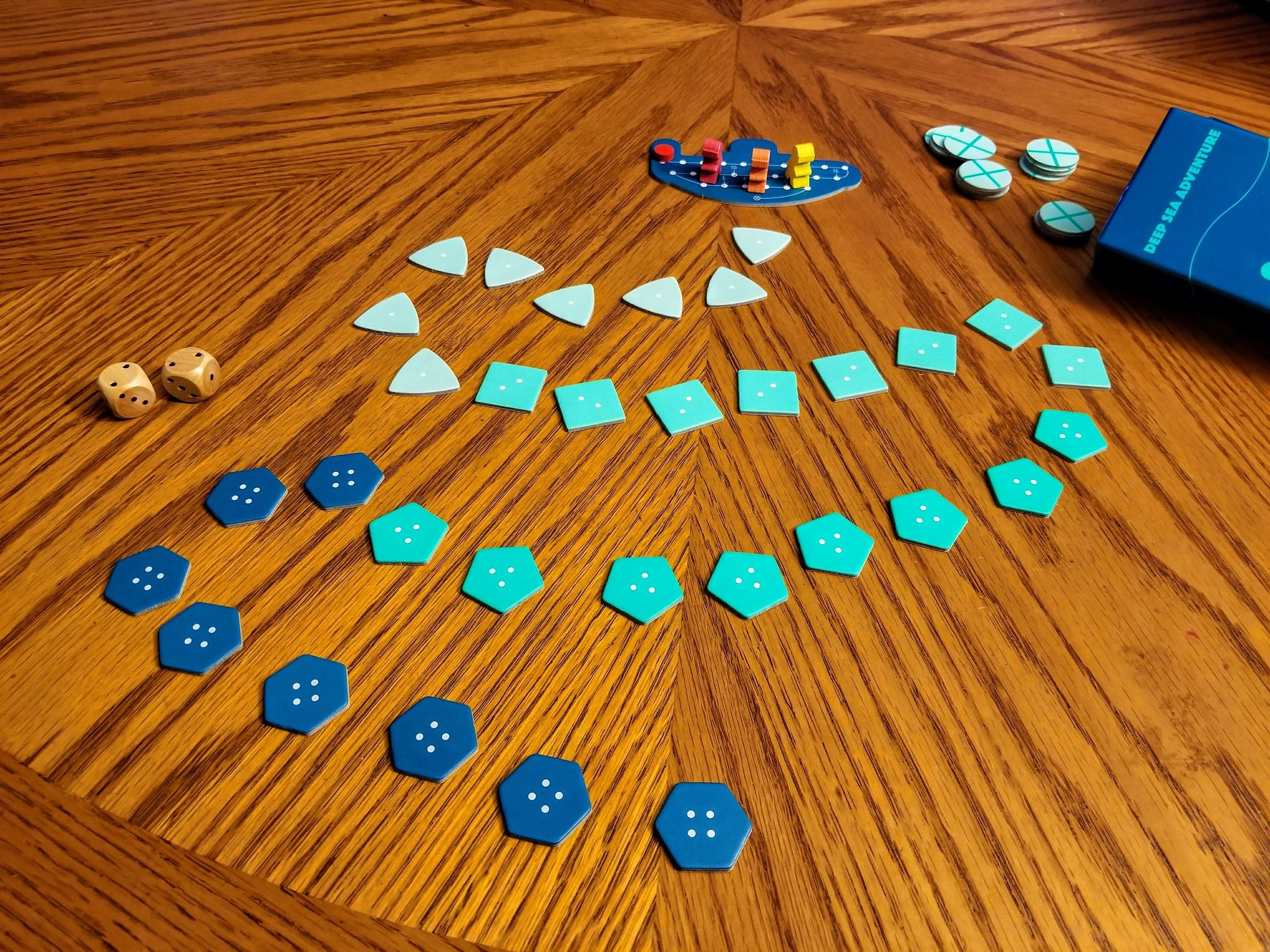 Deep Sea Adventure manages to succeed anyway, though, because it ratchets up the level of intensity throughout the play. Each round, the treasure at the depths of the sea gets closer and closer, and even if you planned on sticking near the surface and grabbing a couple easy points while everyone else drowns in the depths, you just might end up getting tempted by those juicy stacks of doubloons. Where early rounds are often devoid of any life, the second and third round sees everyone sitting up a little straighter and leaning across the table to crane and see what the next dice roll is coming up as.

Unlike real-life submarines, each person crammed into a game of Deep Sea Adventure makes the experience that much more fun. Strategies like grabbing a bunch of cheap treasure on your way up to the surfaceâ€”not because itâ€™s valuable, but because it sucks up more air from your opponentsâ€”are cutthroat and hilarious, as long as youâ€™re not on the receiving end of such tactics. Itâ€™s not multiplayer solitaireâ€”praise the Lord and pass the scuba tank. 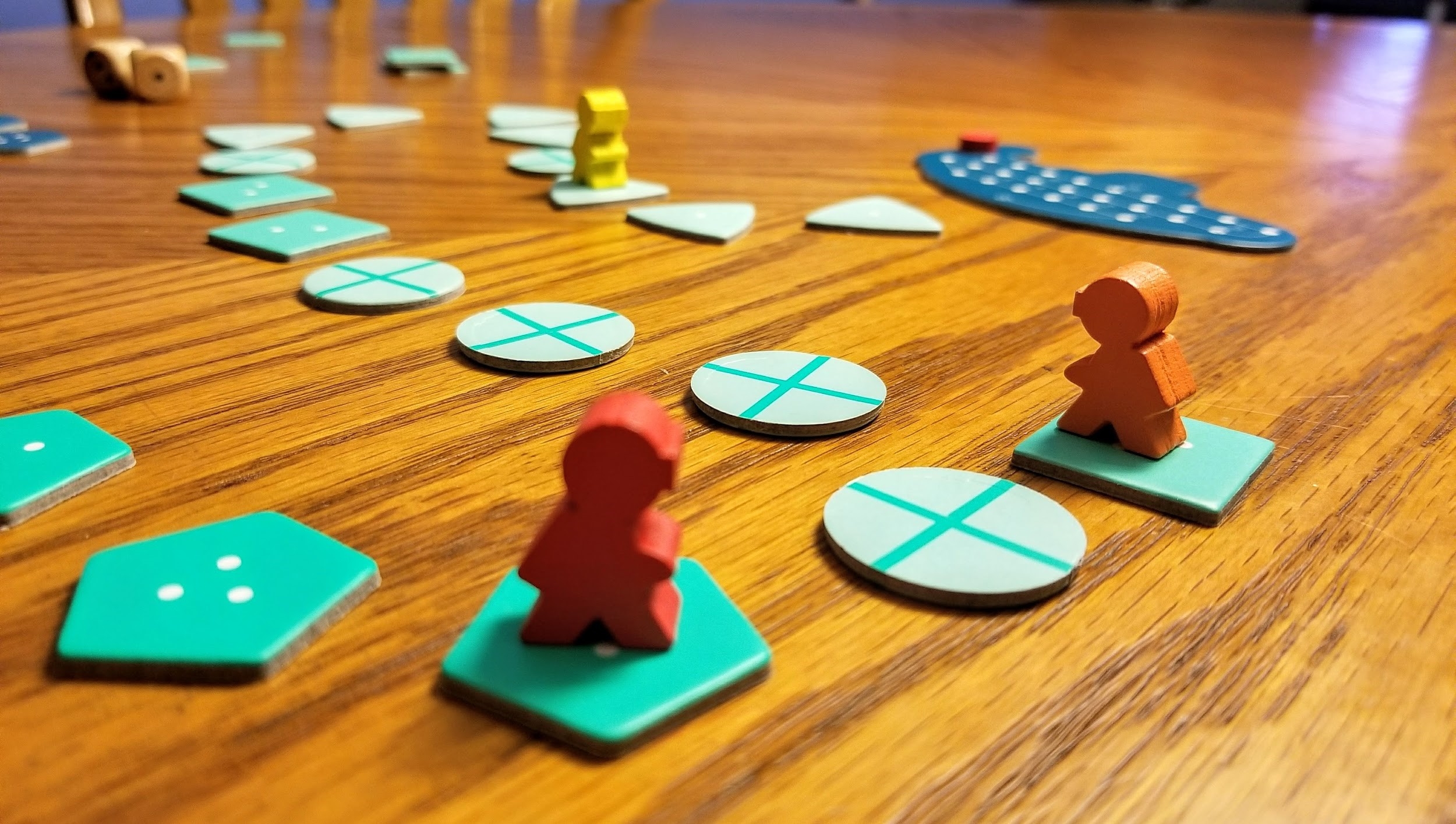 I wonâ€™t be making this my go-to filler of choice, however, because the whole thing is just a little too rickety for my full-hearted recommendation. Not only does it take a round or two to get interesting, but the game does not have the tantalizing â€œwhat-ifâ€ feel of most good push-your-luck games.

In Deep Sea Adventure, you can pretty easily project a round or two into the future and calculate that youâ€™ll only be able to grab a piece or two at best, and then youâ€™re just at the mercy of the dice to make it back to the surface. Players who try to be daring by going deeper and deeper are signing their own death warrant. Good push-your-luck games give you that tiny shimmer of hope that you can make it back against all odds. Compounding the problem, carrying treasure in the game makes you move more slowly, meaning itâ€™s usually best to roll a couple of times, pick up one or two pieces, and head back to the ship. Games like Sid Sacksonâ€™s Canâ€™t Stop do a much better job at the mechanism.

Still, you canâ€™t knock a 30 minute game too much for not being perfect. This one hits some of the right notes in the right time frame, and itâ€™s a pleasing little package to behold. Despite some dings in the hull, Deep Sea Adventure is a neat, quick, diversion, even if it doesnâ€™t reach to any new heights or explore any new depths.