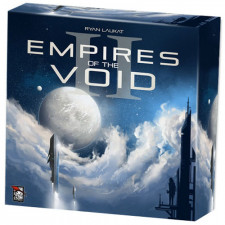 Empires of the Void II Review

The vast chasms of space, bridged in an instant. Alien worlds, awaiting the moment when your fleets will darken their skies. Rival worldships, watchful of your expansion. Unlikely allies, fighting for a cause they cannot fully understand.

Unlike so many games of space exploration, conquest, and supremacy â€” and even unlike its predecessor from a few years back â€” Ryan Laukatâ€™s Empires of the Void II isnâ€™t the game you think it is. It embraces many of the usual hallmarks, absolutely. Peeling back the unknown. Resources churned into technologies or new settlements. Daring space battles. However, much to my surprise, it hews closer to sandbox games like Merchants & Marauders or Xia: Legends of a Drift System than anything else.

Then again, it isnâ€™t all that close to those, either.

Hereâ€™s the notion. As one of a handful of worldships freshly arrived in an uncharted sector, your priorities are clear but diffuse. Youâ€™ll need living room for all the cities and fortresses crammed into the belly of your ship, which generally means youâ€™ll either be scrabbling for land on uninhabited planets or wresting it by force from the regionâ€™s natives. Of course, those same natives could make valuable allies, so whether you conquer or come in peace is entirely up to you. Generally, youâ€™ll find yourself doing both, using troops from one world to bolster your fleets so that you can conquer the next planet over.

Sounds pretty freewheeling, right? Well, the one thing reining you in is the gameâ€™s action system, which is functional but sticks out like an unwelcome raiding party. Each round, one player selects an action from the likes of movement, diplomacy, recruiting, or building new techs and structures. Once theyâ€™re done, each other player gets to either perform the same action, pay a premium to do something else, or take a breather for extra coins, cards, and orders.

It isnâ€™t a bad system, and even pushes the game forward thanks to the way it transforms â€œskippedâ€ turns into opportunities and eliminates some of the early-game meandering that dominates many sandbox games. That said, it often feels like it wandered in from the action-optimizing Eurogame on the adjacent shelf. Youâ€™ll take a series of actions to prepare for an invasion, buying the right troops and making sure your hand of power cards is topped off, only to be delayed when somebody decides to build an academy on Silast and prompts everybody in the galaxy to build something as well.

Itâ€™s less intrusive than it sounds, though it can make Empires of the Void II feel like itâ€™s stuttering between actions rather than flowing from one gameplay beat to the next. Once it punches its warp speed lever to maximum, itâ€™s hard not to fall a little bit in love with what this game is trying to do, but getting there can feel overwhelming.

With the subtleties of the action system fully parsed, the ride sheds its bumpiness and embraces the thrills of exploration, coming into contact with alien cultures, and contemplating whether youâ€™ll greet them with pretty talk or hot laser death.

Each inhabited world can effectively be controlled by two factions simultaneously, one whoâ€™s seized their cities (oh no!) and one whoâ€™s conquered their hearts (aww!), and the interplay between these states drives much of the gameplay. Both are valuable in their own ways, with conquests providing a bonus resource and an additional building slot while an alliance secures a new unit for recruiting and an ongoing ability. Itâ€™s the old conundrum between the immediate gains of exploitation or the delayed rewards of cultural diversification, but illustrated so lushly that youâ€™ll probably lose the message behind Laukatâ€™s signature brushstrokes. 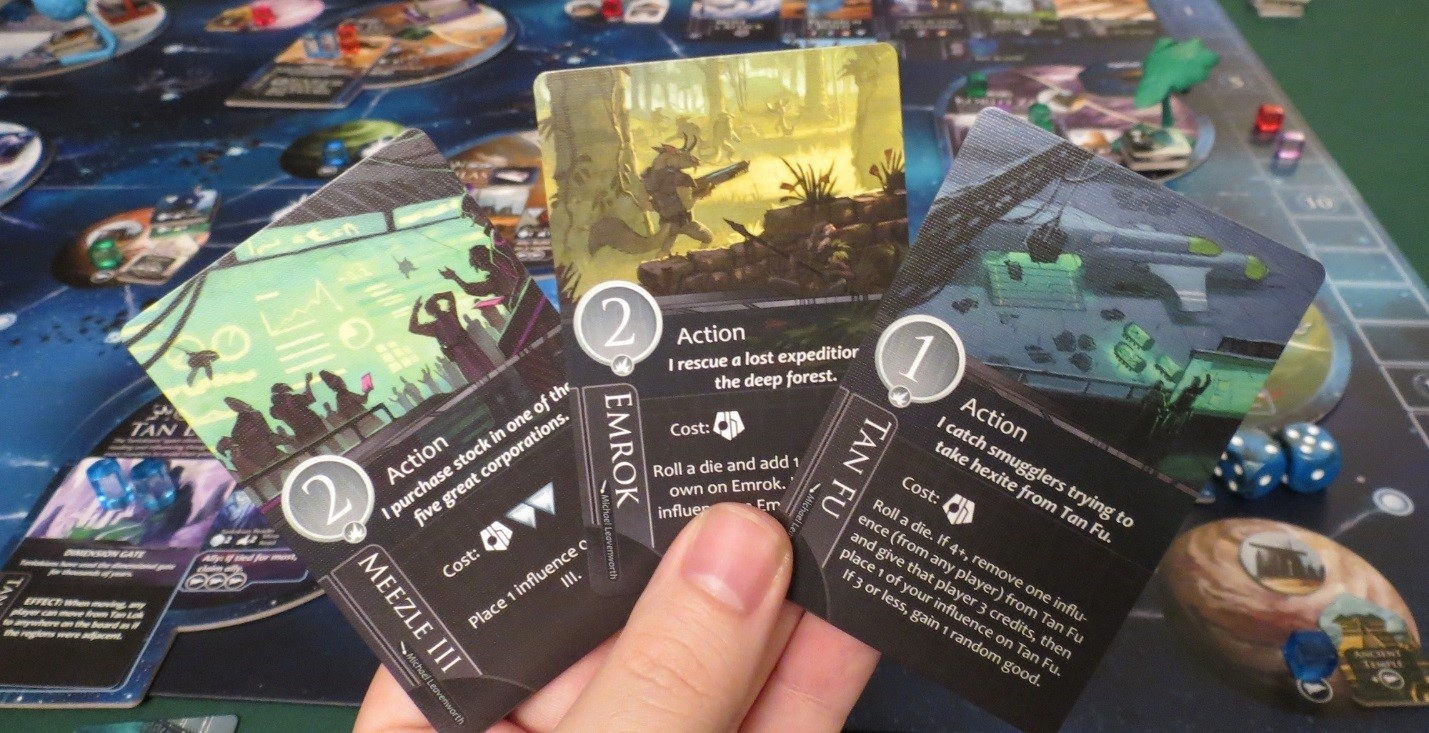 Underpinning everything is your hand of power cards. There arenâ€™t many aspects of the design that these donâ€™t touch, acting as combat bonuses, long-range diplomacy, boosts for researching your most potent technologies, and the prime movers of the gameâ€™s ongoing narrative.

Like Laukatâ€™s previous narrative games, Empires of the Void II is fixated on the stories it generates, though this time around the game spits up its moments organically rather than consigning them to a separate storybook. Every power card sports its own narrative flourish, little vignettes that let you undertake rescue ops, salvage missions, or plain old delivery jobs. Meanwhile, every so often the power deck will reveal twists that alter the behavior of the sectorâ€™s inhabited planets, like overgrown fungus that sticks to your ships, corporate wars that demand your involvement, and spacefaring monsters that can lock down entire worlds. As is the case with everything else in this game, these provide both setbacks and opportunities, and the best of them can alter the stellar landscape significantly.

Of course, none of these things matter unless they get players to lock horns, and in that regard Empires of the Void II is largely successful. Around the halfway point, most of the sectorâ€™s real estate will have been claimed, prompting a second act thatâ€™s all about planting your flag on any of your rightful territory currently being tended by your rivals. All at once, youâ€™ll be looking for vulnerable pickings, hunting for extra colony sites, and struggling to complete any hidden missions or power cards that might give you an extra edge.

Surprisingly, this second actâ€™s limiting factor is the move action. While youâ€™re encouraged to leave troops behind the lines to defend valuable territory, the fact that you can only move one group at a time usually means youâ€™re better off trucking a single nigh-unbeatable stack around the map and hoping that you can mobilize faster than your opponents. The result tends to feel more like a series of flanking maneuvers than a climactic battle.

Then again, while this will prove disappointing for some, Empires of the Void II clearly isnâ€™t interested in simulating interstellar war. Failed battles are quickly recovered from, territorial losses can be recouped, and even captured structures donâ€™t raise any stink for their previous owners. Instead, these are battles for a last handful of points, letting the spotlight remain firmly focused on the gameâ€™s narrative beats.

And for the most part, Empires of the Void II is better off for it. By jettisoning the baggage of its genre, itâ€™s free to soar in new directions, one thatâ€™s more immediately rewarding and less punitive than many of its brethren. In many ways, this is Ryan Laukatâ€™s most confident design, and itâ€™s absolutely his most ambitious one. For all its quirks, it provides a satisfying saga of exploration, first encounters, both conquest and friendship, and totally being a jerk when you rip off a buddyâ€™s three-point planet.