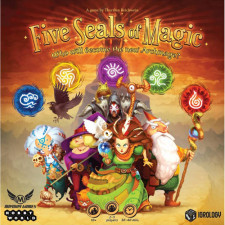 Critical Hits: High Replay value; easy to mix beginners and experienced players, Can be as cutthroat as you want to make it

Critical Misses: Being a dice game, luck plays a big factor and Story has little relevance.

When it comes to many board games, dice can lead a player to victory or utter defeat. Such is the case with Five Seals of Magic, which mixes dice rolling, strategy, and fantasy all into one. The game gives two to five players, or mages, the chance to replace the Archmage who has mysteriously disappeared. In order to become the new arch mage, players explore the dungeons deep below the Arcane Tower and find powerful spells hidden there. Victory is obtained by collecting spells giving the most power. Five Seals of Magicâ€™s fantasy aspect may only give the game a theme, but its ever-changing board setup brings players back time and time again.

As the gameâ€™s title suggests, the players have five sources of magic that help them gain spells on their conquest to become the next arch mage. These sources of magic come in the form of four different colors of die, with the fifth being a wild that allows the use of any single dice or magic source . The dice, which are obtained at the beginning of each round, are used to break through seals and open scrolls. These scrolls contain spells with varying levels of points and various actions on them that assist each player with obtaining more spells. .

This is where dice rolling at the beginning of the game can determine a playerâ€™s success. Rolling poorly early on makes for a difficult game because higher dice rolls are required to move through seals and reach higher value scrolls. This makes it vital to roll well in the first two rounds, which is ultimately one of the pitfalls of this game. Rolls early on let players know if they have zero chance to win, but they can still be an integral part of the game by sabotaging other players.

The game starts with all mages in the center and the dungeon in an arc around them. Seals block the way to scrolls with a maze of paths to each. One of the more unique traits of this game is that if you can move you must do so, even if it forces you move away from your intended path. Doing so also allows other players to benefit from your loss and potentially snatch the precious scroll you worked so hard to get to. Along with being forced to move, each player cannot pass or be in the same space as another, forcing players to spread out throughout the game board. 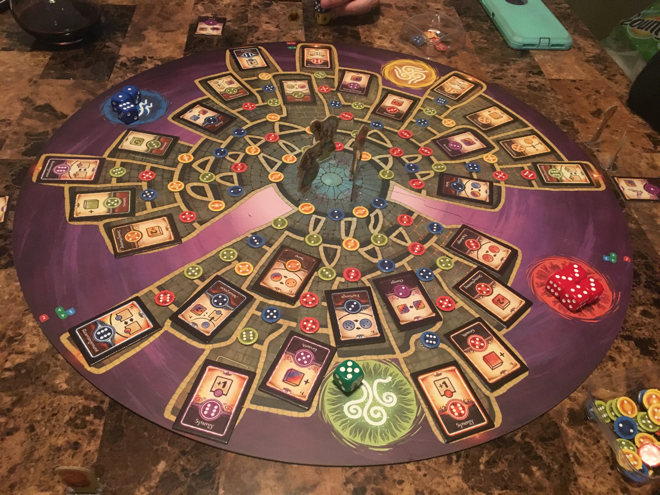 The game comes with 5 sets of decks with different specials in each. The circle of magic deck used in each game allows mages to reroll, change die color, and use other basic abilities. Players then choose 1 of the 4 remaining magic circles to add to the game. This allows for increased variability and interesting new plays. Some decks allow switching dice while others allow movement of mages. While most are for friendly competition, the third deck may cause you to yell at your husband how much you currently hate him. A bottle of wine may be opened after playing with this deck. This deck allows players to change their competitors dice rolls by reducing the value, changing the color, or outright theft of the die. 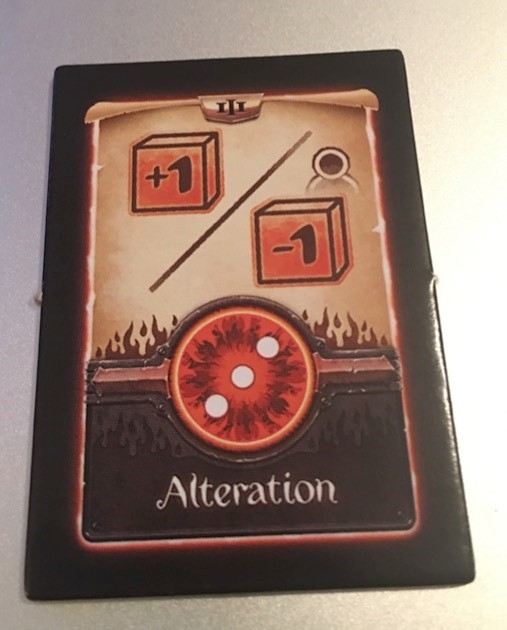 Another aspect is each player getting a â€œfamiliar,â€ a minion sent to break seals. Since players must use all their dice each round, these familiars can be essential. Taking the place of remaining dice, and reserving a spot on the board for the next round.

Overall, Five Seals of Magic is a decent go-to game for the group when they have a new player joining. It is very easy to learn, and the strategy can be developed in the first round or two. The game is also fairly quick, and can be played in the suggested game time on the box. Five Seals can actually play well with just two players and adapts well for up to 5 players. With any dice driven game, luck can determine how well players do. Ultimately if a player rolls poorly, it does not matter how strong of a strategy they have; they will not win. While not a favorite, this will be added to the regular rotation of quick game options while we wait for late arrivals, as it is a fun and engaging game that is easy to get into and get running quickly.