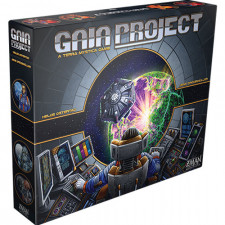 Only five years ago, Terra Mystica took the board game world by storm. It immediately charmed fans of heavy euro titles and rapidly climbed the board game charts. Those designers have struck again with Gaia Project. But it doesnâ€™t stray too far from their prior effort. In fact, the full title is Gaia Project: a Terra Mystica game. And while there are differences, they are either cosmetic or tweaking only the periphery of the experience.

Gaia Project eschews the fantasy setting of Giants and Halflings in favor of space exploration. Now, players will select from one of fourteen available alien races, each with their own unique advantages. The asymmetry is strong but the races seem to be relatively balanced â€“ a potential improvement.

The board isnâ€™t static, but instead a modular assortment of planet tiles that can be swapped around from game to game. Players will spend the early game expanding into new planets by building mines from their player board out onto various planets. Depending on how different that planet is from a raceâ€™s home planet, various terraforming costs are also required. 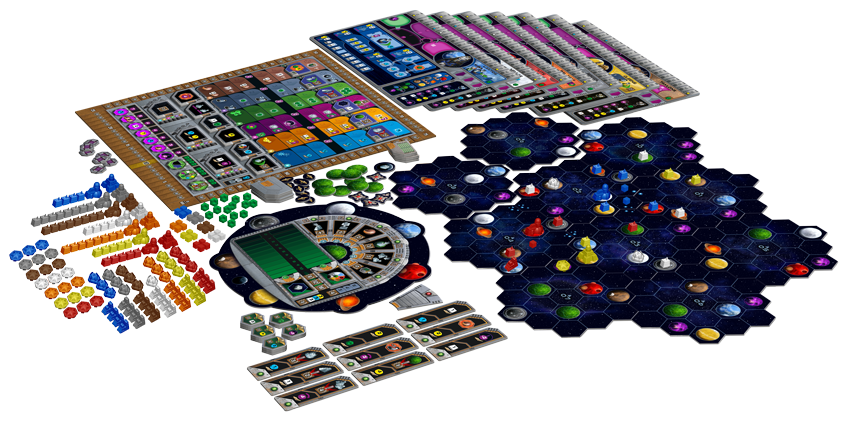 Building mines gets you access to more ore each turn. But those mines can also be upgraded into trading posts to get coins in lieu of ore. And trading posts can be upgraded still further for other benefits. Meanwhile, players can also compete to gain helpful technology and special bonuses. And, of course, there will be competition for Gaia planets which any race can occupy. And once those are all settled, the right technology will allow you to use Gaiaformers to transmute otherwise uninhabitable planets into a Gaia state.

Gaia Planet offers many opportunities for points. Each game features two randomized tiles that offer end-game scoring opportunities. In addition, you get points for increasing to the upper rungs of technology and from creating federations. And each round there is a particular randomized bonus for completing certain objectives. So it seems like you can zig and zag from opportunity to opportunity snapping up points all along the way.

But that is a lie. Sure, thereâ€™s almost always different ways to get a few points, but the highest scores require investment. Gaia Project is not a game where you can do a little of everything and hope to succeed. Instead, itâ€™s an economic snowball. You have to lock in your course early and then pursue it to its extremes. Generally, that means focusing on economy early on â€“ even giving up scoring opportunities so that you can produce just a little more on the following turns. Then, at the right moment, players switch to rapid point generation in the final few rounds. 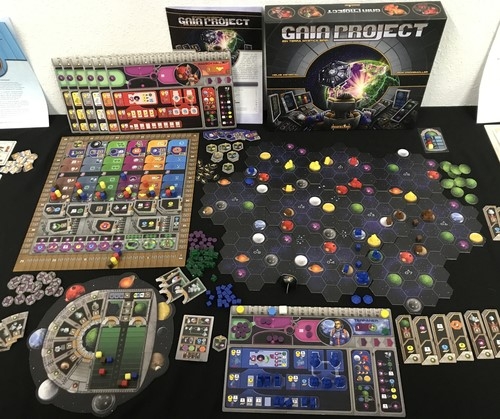 Even so, there are multiple viable paths toward victory. Your strategy might be to go all in on technology. Or perhaps you expand all over the galaxy in order to create multiple federations. You could even just see what the bonuses are for the fifth and sixth rounds and gear your game toward doing those a million times. Depending on your chosen path, you might make significant use of your Gaiaformers or never touch one.

Standing alone, Gaia Project is interesting. But the elephant in the room is that a substantially similar game already exists. So, how does this stack up to Terra Mystica? If you dislike the predecessor, Gaia Project makes little effort to change your mind. The core of the game is almost identical and while there are interesting tweaks at the margins, whatever you didnâ€™t like about the former is almost certainly present here.

But what if youâ€™re a Terra Mystica fan? Well, in that case, I think it depends on how big a fan you are. Gaia Project tfeels like a mini-expansion with an included major variant. If you like Terra Mystica well enough, but play it only occasionally, Gaia Project might not be enough of a difference to warrant having both on your shelf. But if youâ€™ve played Terra Mystica a hundred times and its one of your groupâ€™s favorites, then Gaia Project just might be worth obtaining. For most players, though, it provides a solid reimplementation, but doesnâ€™t break any new ground.

If youâ€™re one of those gamers whoâ€™ve never played Terra Mystica, then perhaps Gaia Project is the one to check out. The space theme feels like a more natural fit. The two player experience is definitely better; it even comes with a solo mode. Itâ€™s at least as heavy as its predecessor, though. So be ready for a deep game that requires lots of advance planning â€“ even during setup and selecting which alien race to play.