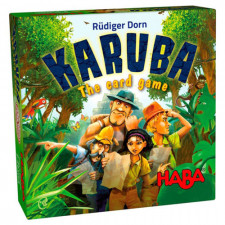 Critical Hits: Simple to learn, demands repeat plays, broadly accessible.
Critical Misses: Optimal configurations can be learned, at the mercy of the draw

There is something tantalizing about being forced to create something using the same tools as your opponent throughout a game. I love games where players can take different strategy, and many of my favorites feature asymmetric factions; however, my heart thrums to a special beat at the end of games where Iâ€™ve been forced to use the exact same resources as everyone else. Karuba: The Card Game is one of those games. 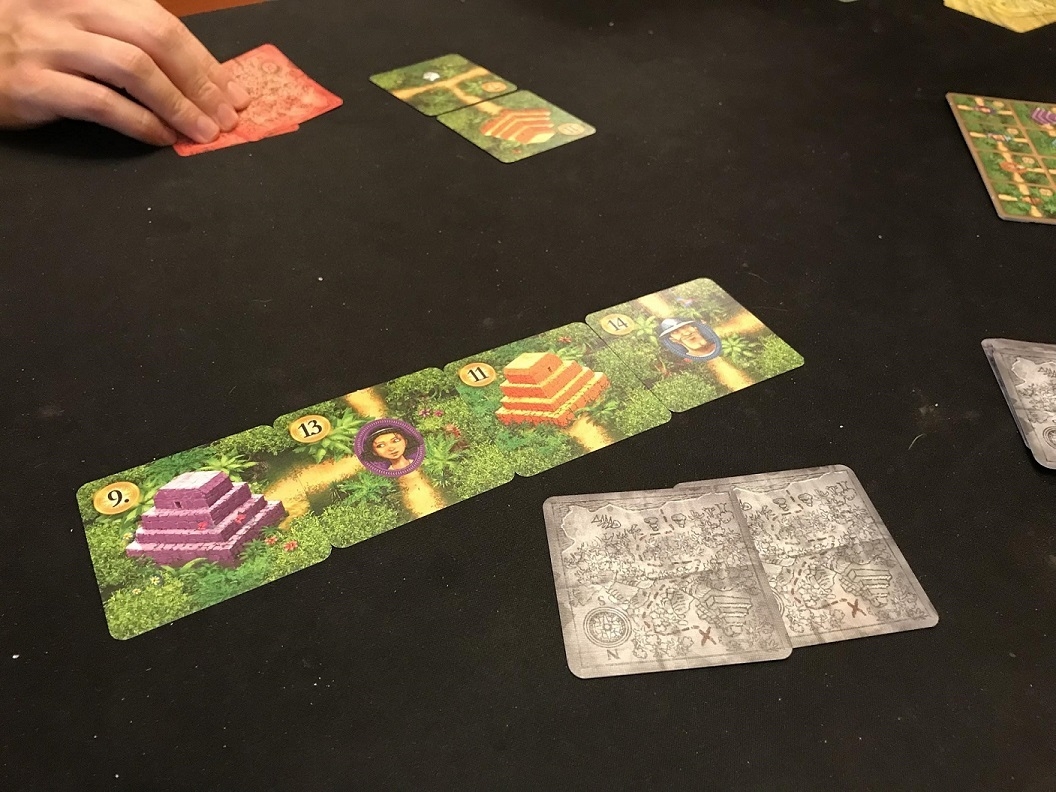 This card game is a follow up to Spiel des Jahres Nominee Karuba, a game where every player plays the same tiles in the same order hoping to edge their opponents out of victory by orienting them in the best possible way. The card game is very similar. Each player has the same 16 cards in their deck and is trying to connect the 4 explorers to their 4 color coded temples. Points are scored based on connections and how many gems are along each explorers path. It couldnâ€™t be more simple, but itâ€™s devilishly clever.

Each card is numbered and each player will play 2 cards per round. The numbers introduce a bit of strategy because the player that plays the lowests combined value will have to discard one of their cards. This is typically a bad thing, as the fewer cards you have in your jungle at the end the fewer points youâ€™re likely to score. That said, there are times where youâ€™ll want to toss a card away without being forced to place it in your jungle per the placement rules.

Another constraining rule is that the tiles must be placed with their number oriented to the top. At first that doesnâ€™t feel like a particularly important rule, but Karuba: The Card Game reveals itâ€™s cleverness over the course of a game. To a man or woman, each player hasnâ€™t noticed that temples can only be accessed via a specific side until precisely the moment that itâ€™s too late. The realization that this makes burning a card useful late in the game, preventing you from blocking yourself, typically follows shortly thereafter. 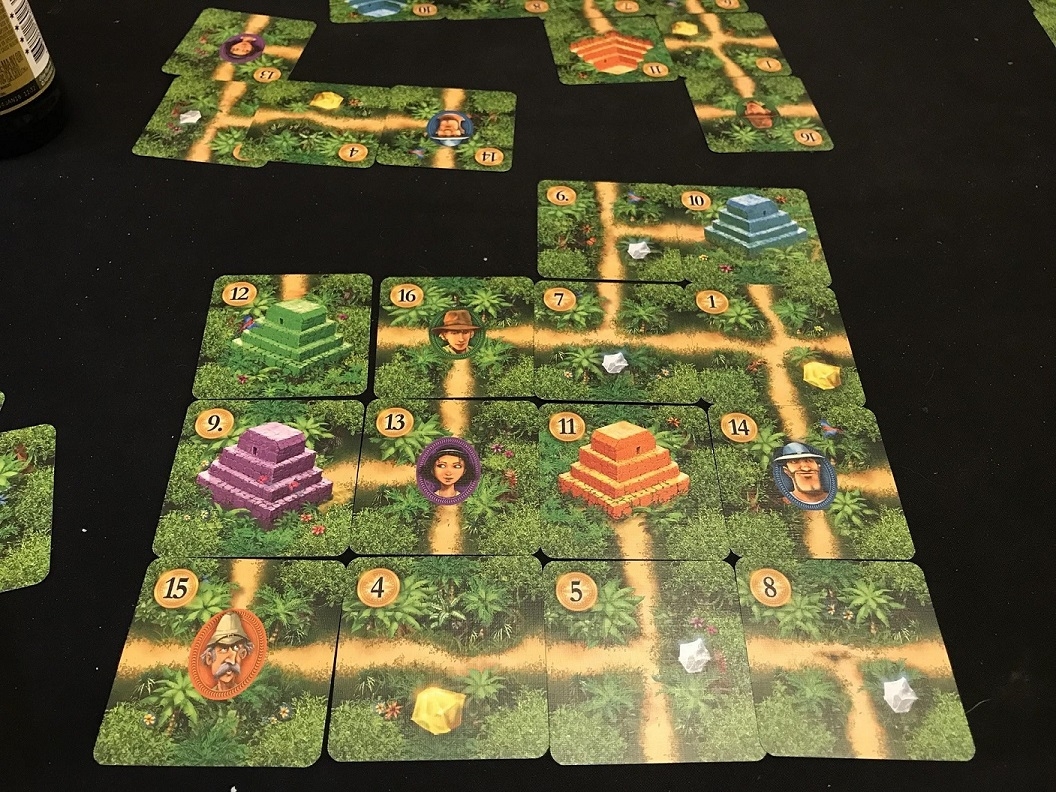 These simple constraints are the point about which this little gameâ€™s tension pivots. You donâ€™t know when youâ€™ll see each card but you know theyâ€™re coming. Youâ€™ve got to play 2 of the 3 cards in your hand each round so you donâ€™t have a lot of opportunity to hold out for that perfect placement unless you discard cards as a way of stalling and not filling your jungle. Of course, discarding cards reduces your future options and points. 16 cards carry with them more risk/reward tension than most 50 dollar big box games Iâ€™ve played.

And at the end? When youâ€™ve navigated your draws and hope you built the best jungle you could but your buddy winks at you and wins by one point? It is agony. Same cards. Same tools. But youâ€™ve been bested. I donâ€™t care how uncompetitive you think you are, that moment is going to make you want to reshuffle and play again. Itâ€™s easy to do so, as the game only takes 15 minutes.

Karuba: The Card Game is an easy recommendation. It plays 6 as well as it plays 2, has no language dependence so is broadly accessible, and like all HABA games it plays great with kids. Itâ€™s the kind of game that begs to be played a few times in a row. And while losing will certainly stoke the fires, youâ€™ve still got something youâ€™ve created to marvel at and a score to try to beat.