Kingdomino and Queendomino - A Photostory

Kingdomino by Blue Orange Games is a simple yet clever twist on Dominoes. In Kingdomino, you play as lords who wish to expand their kingdom. On each turn, players try to connect a new tile to their kingdom, and they can do so as long as at least one of the tileâ€™s sides has a terrain type that matches the terrain of an adjacent tile in their kingdom. 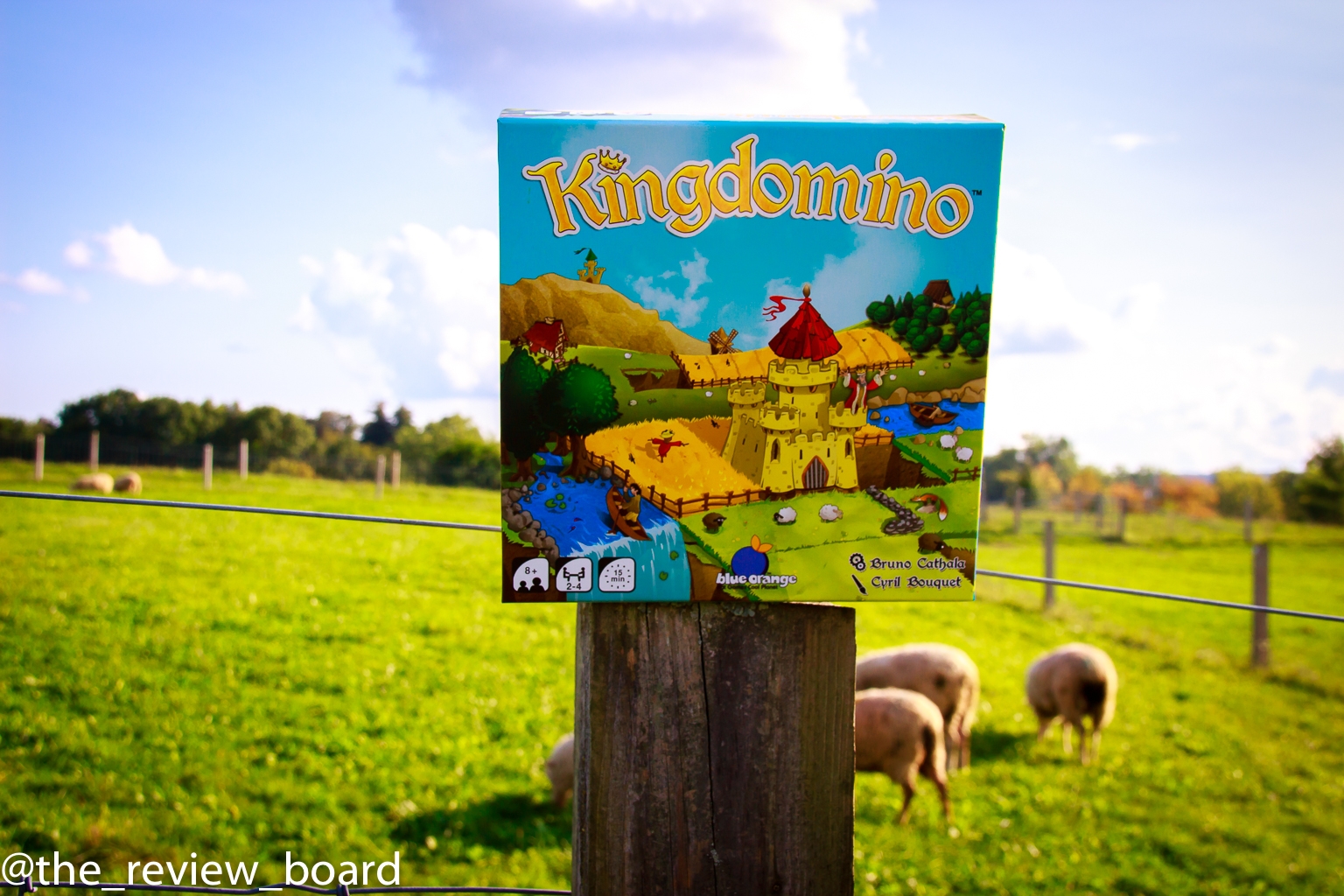 The mechanism of tiles selection is harder to master, because the selection order is determined by the previously selected tiles. This means that if a player selects a more lucrative tile, i.e., a tile with a higher number, that player is less likely to get a high value tile (usually a tile with crowns) on the next round. 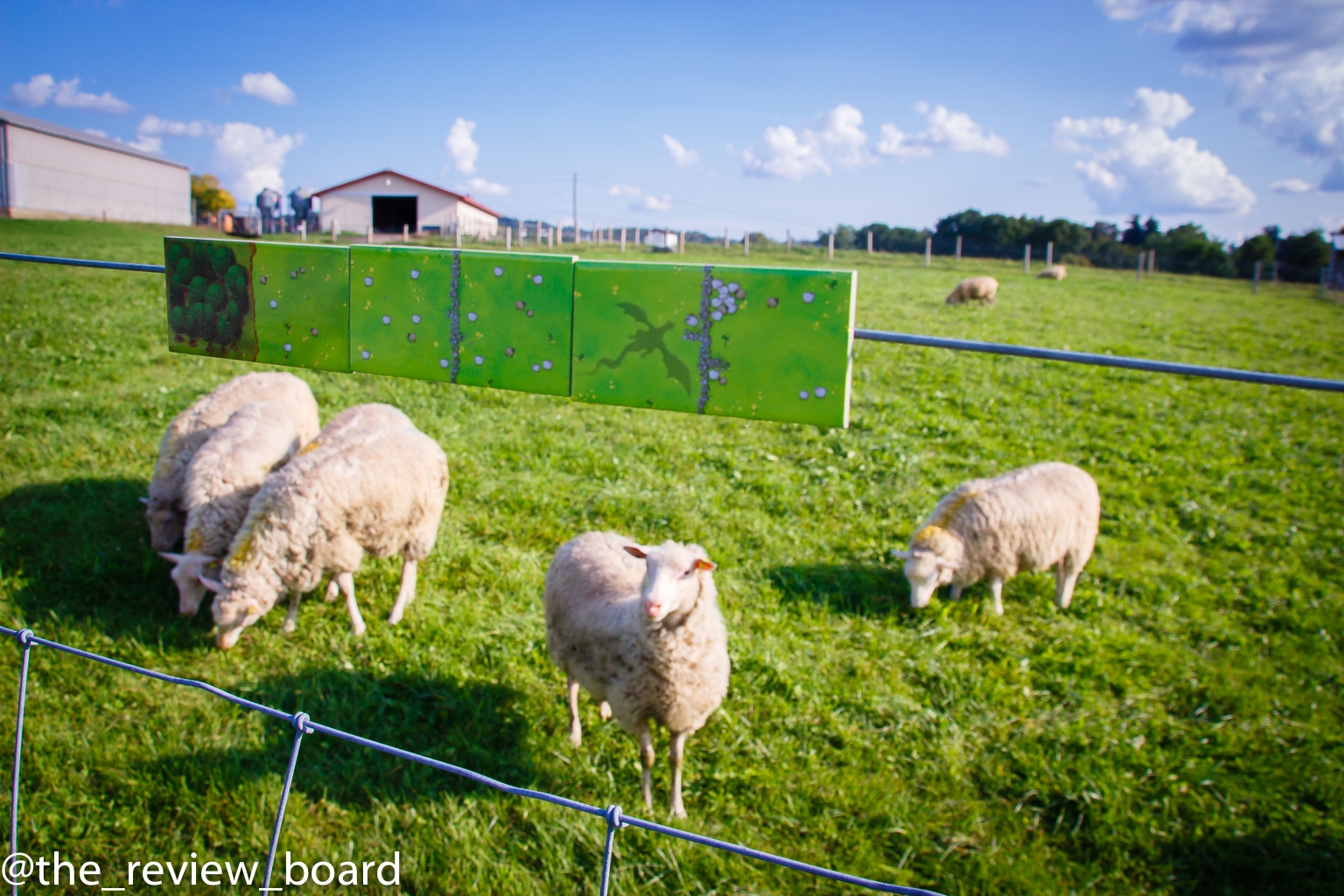 The game ends when your kingdom takes up a 5 x 5 grid, and points are calculated based on the number of tiles and crowns you have (you multiply the number of crowns in a terrain type by the number of squares in that terrain). 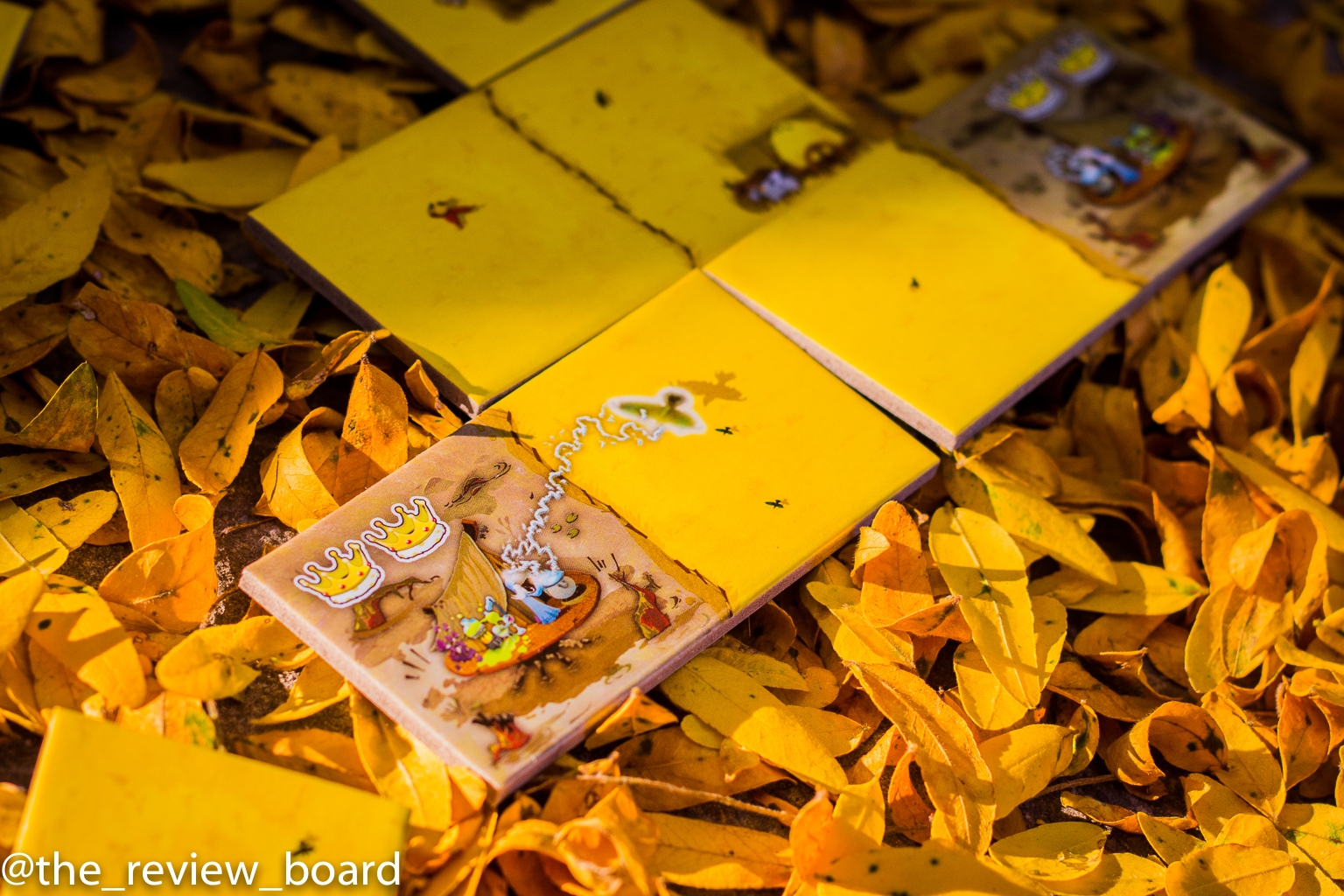 Kingdomino is an excellent game, and itâ€™s no wonder that it won the Board Game of the Year award. While this game is a fun and clever family game, it might be too simple for some players. Fear not! Queendomino, a.k.a. Long Live the Queen (also by by Blue Orange Games), addresses this concern. 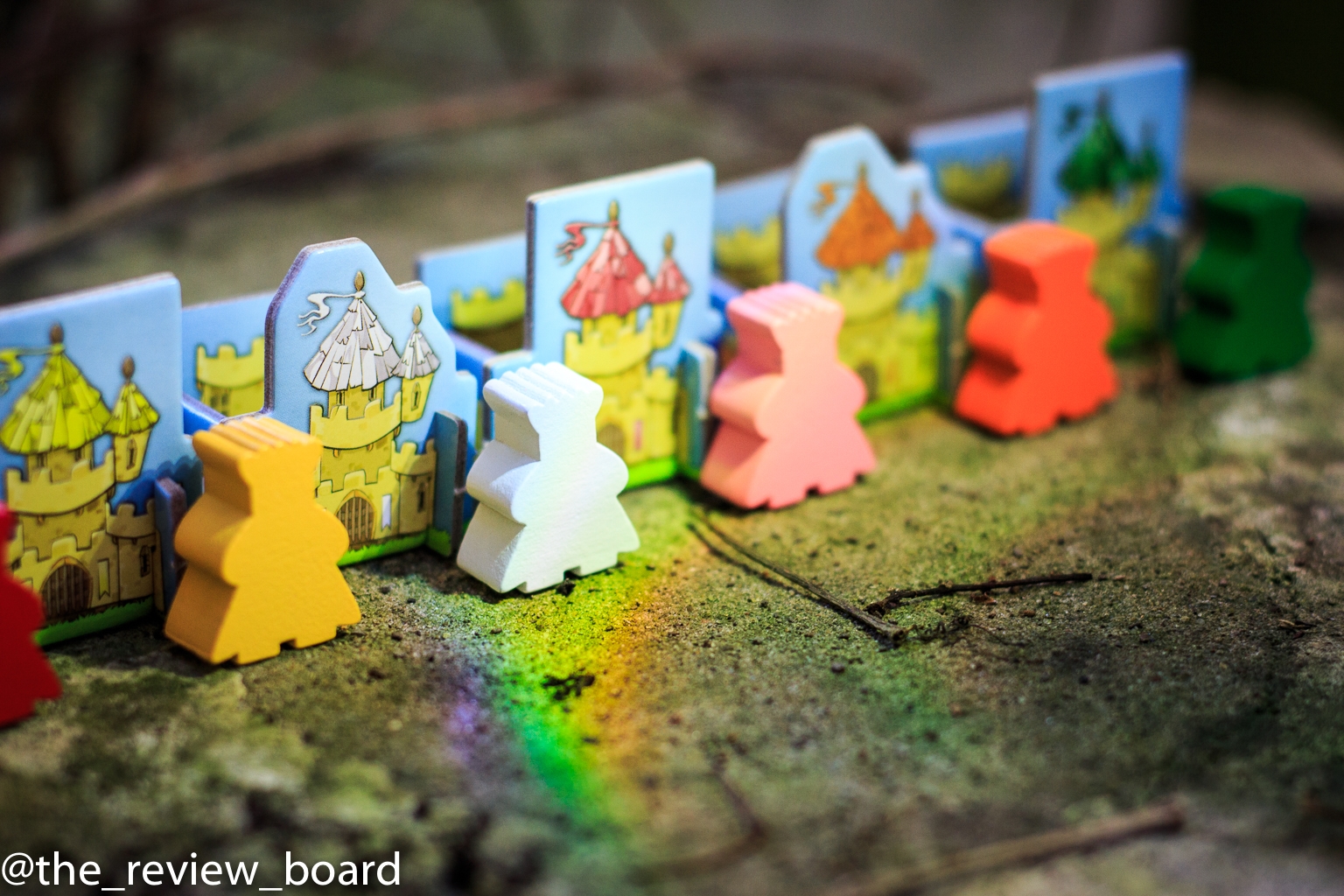 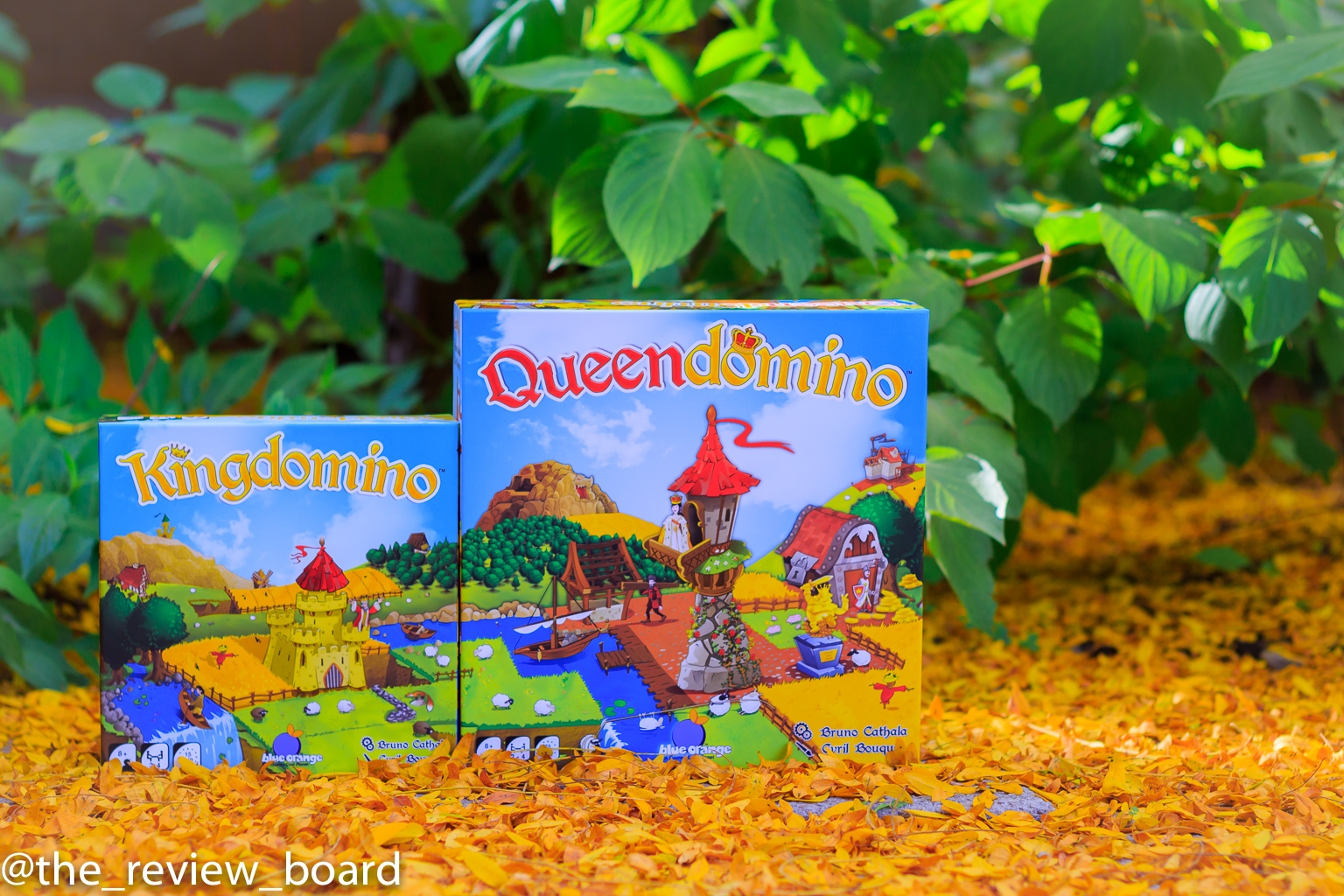 In Queendomino, much like in Kingdomino, players try to build the most impressive kingdom. But in Queendomino, you can send your knights to collect coins and use these coins to either buy buildings or bribe the dragon to burn buildings. 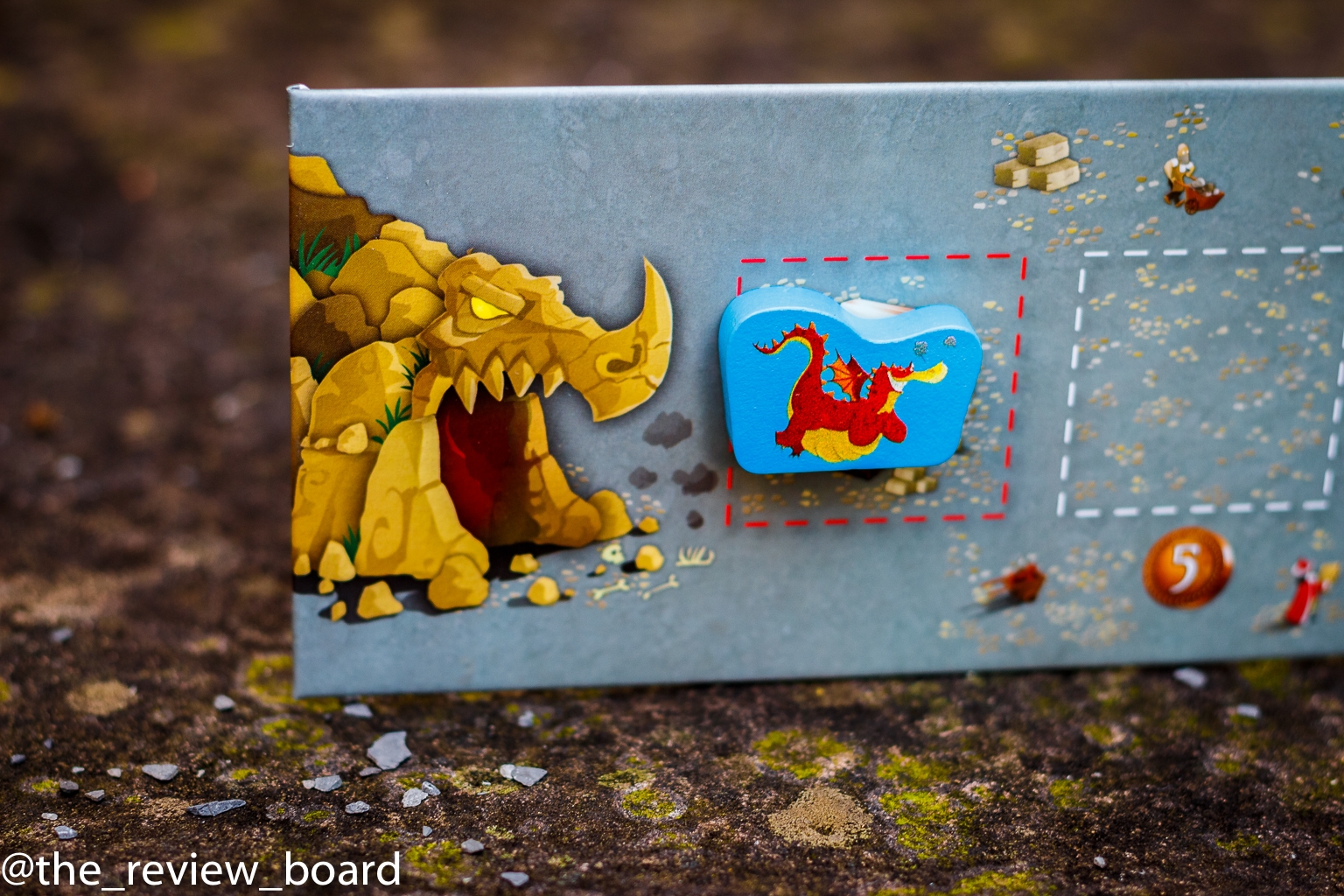 This new strategy (constructing and burning buildings) is highly important to master in order to win. Buildings may add towers to your kingdom, and the player with the most towers attracts the queen to his or her kingdom. 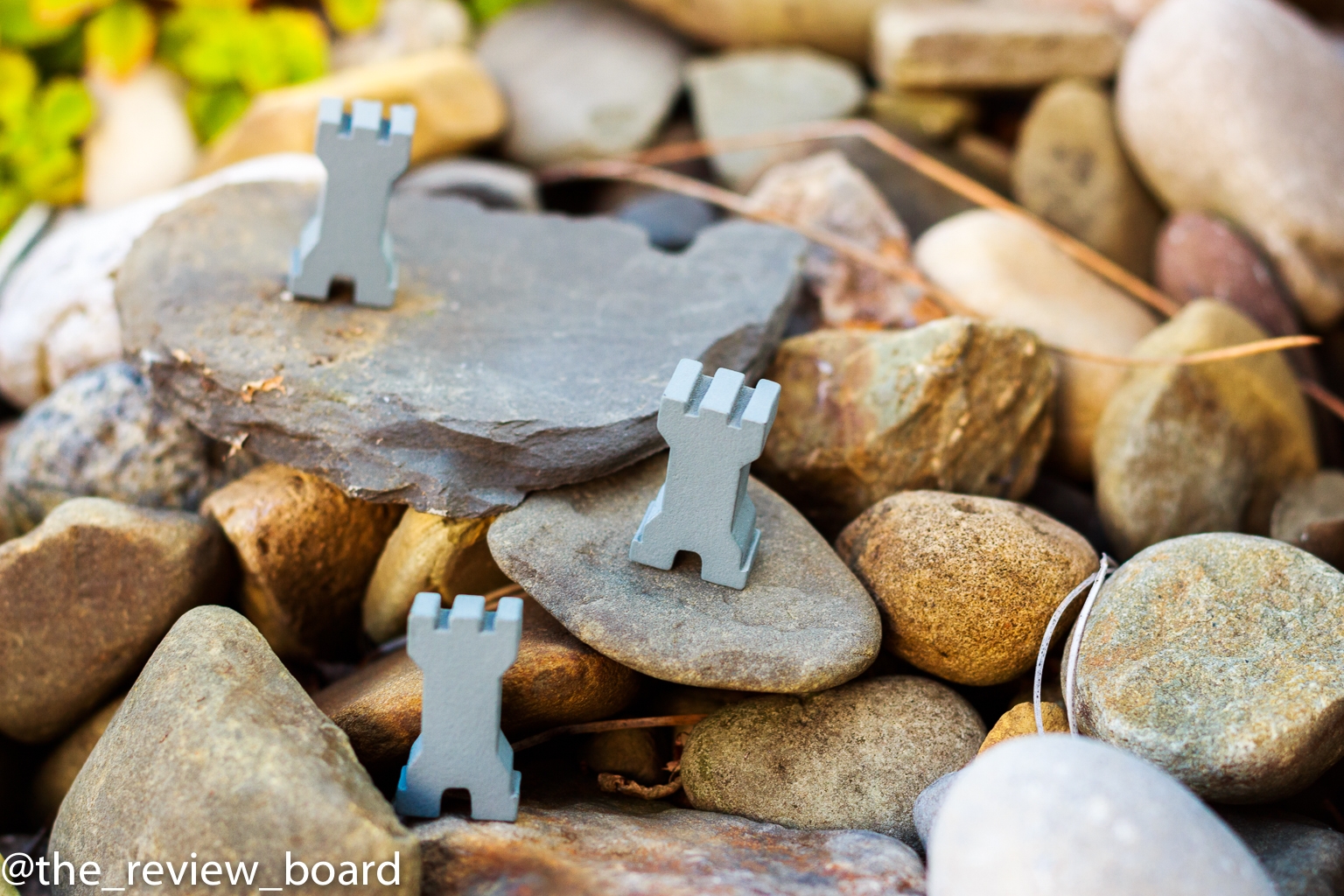 The Queen adds yet another level of strategy to the game. The player who hosts her can reduce the cost of every building by 1, thus allowing him or her to buy more buildings easily and gain additional perks. But more importantly, at the end of the game the queen counts as an extra crown on any terrain the player selects, thereby increasing the overall points of that playerâ€™s kingdom. 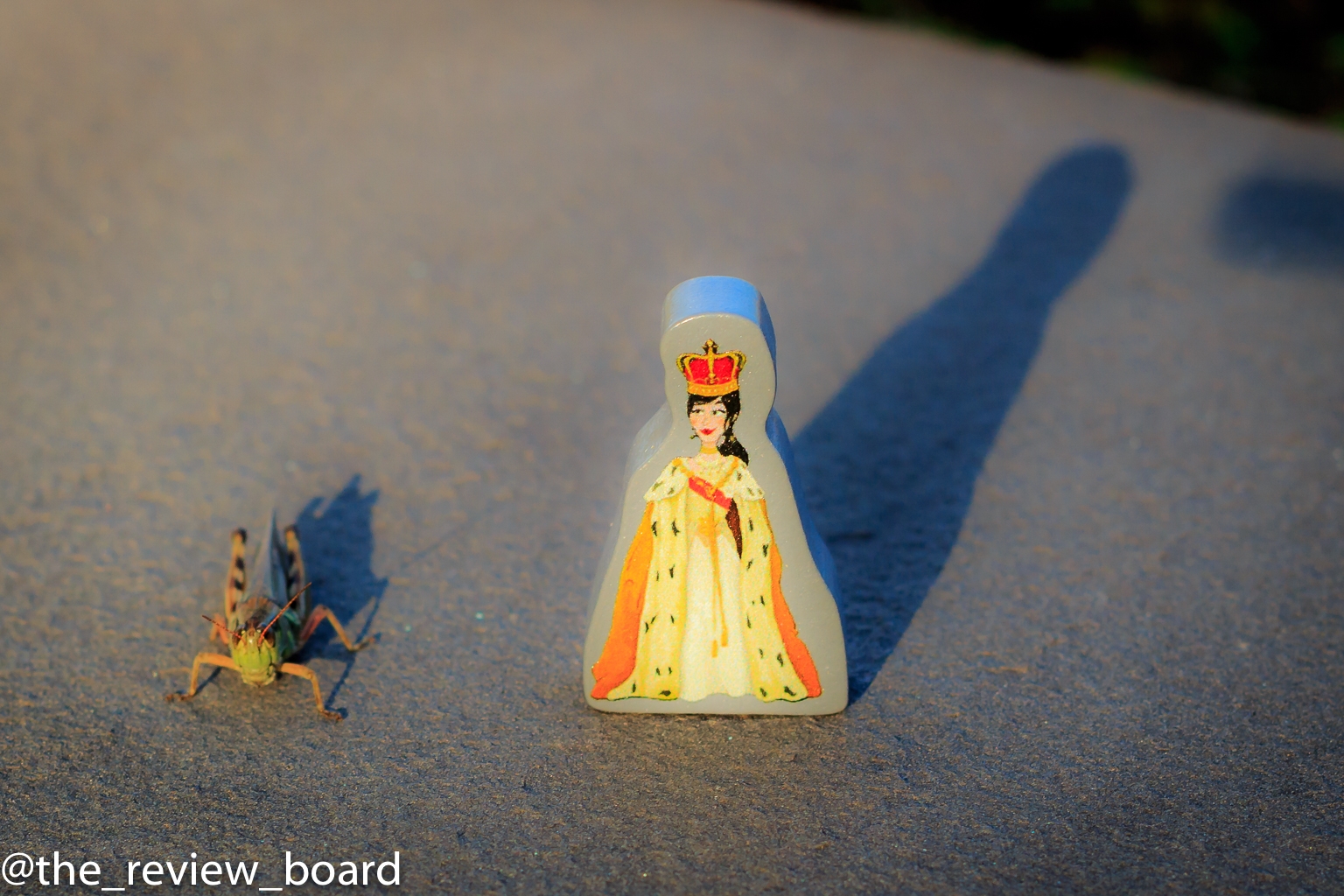 Both Kingdomino and Queendomino are great games. Kingdomino is a family friendly game that is less expensive and can be used to introduce people to the gaming hobby. Queendomino has a lot more strategy to it, increases the replayability of the game, and will appeal to more experienced gamers.