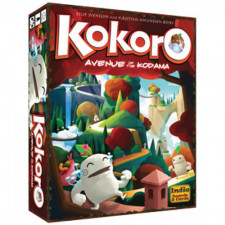 Kokoro: Avenue of the Kodama Review

There are board games to fit any conceivable group dynamic. One of the more commonly sought after category are so-called gateway games. These are ideal to introduce friends and family otherwise unfamiliar with the hobby, apart from mass market games they recollect as children. Titles of this weight are lighter with lower rules overhead, play briskly, limit direct confrontation and typically transport players to inoffensive settings.

Kokoro: Avenue of the Kodama is a charming, if not brilliant entry in the genus. It has simultaneous play with no interaction and a core puzzle that is instantly both relatable and challenging. Newcomers are invited in with an ease of access that doesnâ€™t feel kiddie. It starts with a completely mellow world. Kokoro actually revises the previous yearâ€™s Avenue by the same designer, but different publisher. Play is identical, with one notable addition, while paths are drawn on dry erase boards instead of pads of paper. This new iteration tosses out the farmers from the previous one and adopts the adorable creatures of Indie Boards and Cardsâ€™ earlier release Kodama: The Tree Spirits, a totally different design by another author and not prerequisite to enjoying Kokoro. As the subtitle explains, Kodama are tree spirits in Japanese folklore. Meanwhile kokoro literally translates â€œheart,â€ often refers to the mind, but more accurately reflects the way the two interact in conveying self, spirit, soul and emotion. Perhaps the word is used to symbolize how we make our own paths in life? That is what you are drawing in this whimsical design. 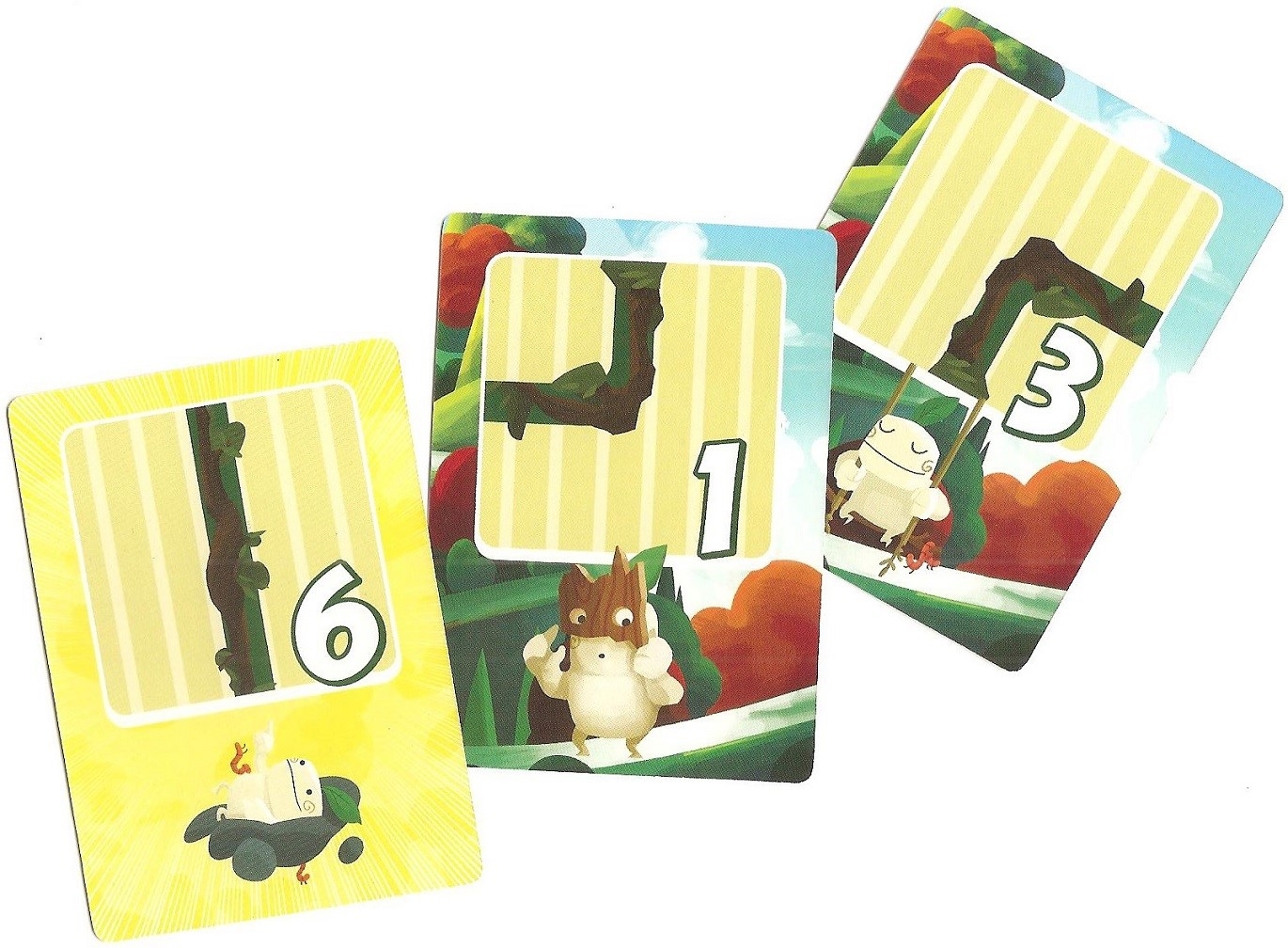 A session of Kokoro lasts five rounds, each one guided by a lettered sanctuary determined from a random draw to score points. Path cards are flipped denoting one of six different routes. Players choose a grid on their forest board and copy that revealed path in the square. The goal is to continue paths as much as possible from grid to grid connecting caterpillars and flowers to the designated sanctuaries on your board. When a fourth golden path card is turned, the round ends and everyone tallies their points. A new sanctuary is shown, and players continue building on the previous labyrinths theyâ€™ve drawn. The challenge is that you must score more than the previous round, or you actually lose five points, instead. Two Guardians also sit in opposite corners to which you must connect with as many flower or caterpillar icons respectively for bonus points at gameâ€™s end.

This process is so casual and accessible it will prove an immediate hit for newcomers to the hobby. Gateway games accomplish their introductory purposes because they exhibit a familiar ring, such as many of the genreâ€™s most recognizable titles like Carcassonne (Dominoes), Ticket to Ride (Rummy) and King of Tokyo (Yahtzee). Kokoro is already built on a puzzle foundation that engages the human mindâ€™s innate desire to create and solve. More than that, there is a vintage feel to it, almost like a poor manâ€™s Rubik's Cube or one of those cheap slide puzzles you always got from a gumball machine. Yet while itâ€™s simple enough for most ages, it doesnâ€™t dumb things down. Kokoro presents a challenge; you must plan your paths knowing youâ€™ll likely run out of room in places and wind up with a number of dead ends. You may be scoring one sanctuary this time, but are you able to set yourself up favorably for future ones in subsequent rounds and still score higher?

Kokoro adds two elements to the original Avenue: double-sided forest boards and decree cards, both optional. The reverse side places Guardians randomly for a new â€œlook,â€ but doesnâ€™t really change gameplay. The decree cards, however, introduce a special rule, benefit or additional scoring parameter that toss in another wrinkle one must consider while mapping out paths. Itâ€™s not deeply game-changing, as you only use one per session. Still, itâ€™s a nice concession to experienced gamers who might tire quickly of the basic versionâ€™s repetitiveness. Enough to whet that demographicâ€™s appetite when using the design as a bridge to non-gamers, where its true potential lies. 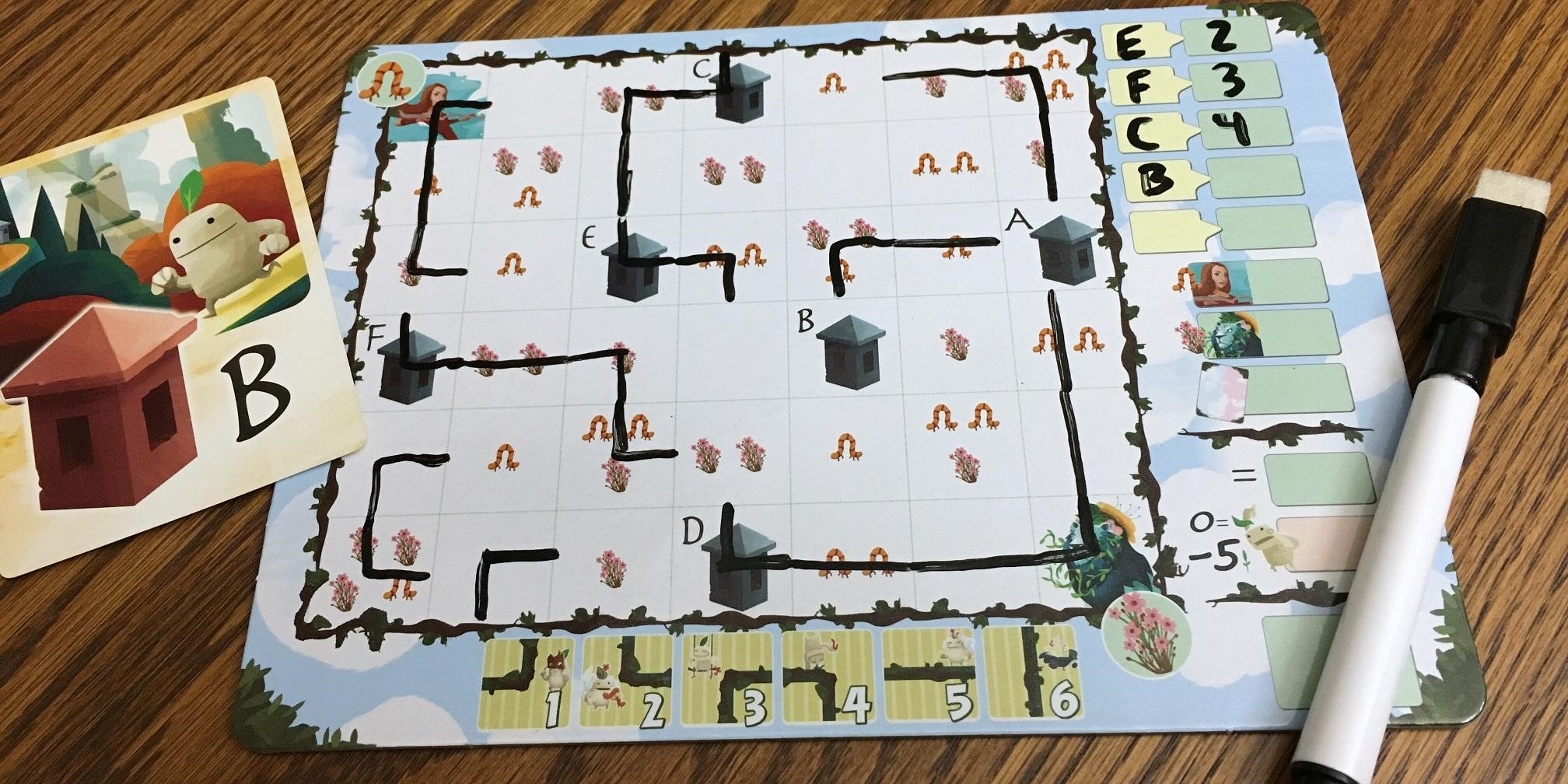 Thereâ€™s not really any downside to Kokoro: Avenue of the Kodama. It probably has a utility ceiling beyond its scope as an introductory title, the dry erase markers can be sketchy and the solo suggestion is rather weak. Still, had it been published ten years ago before the hobby became nigh unnavigable in the sea of cardboard that currently floods it, Kokoro would have stood amongst the most recognizable and recurring gateway giants on the market like Carcassonne, Alhambra and Pandemic. That certainly gives this charming design a little soul and spirit.