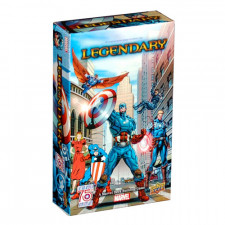 Just in time for Marvelâ€™s latest cinematic installment, Upper Deck has released the fourth small box expansion to its Legendary: Marvel Deck Building Game. In homage to the titular hero of Captain America: Civil War, this one is centered on the comic career of the First Avenger in this the year of his diamond jubilee. With hero decks comprising the original Captain America 1941, Steve Rogers Director of S.H.I.E.L.D., Captain America (Falcon), the Winter Soldier, and Betsy Ross as Agent X-13, this addition will have those who identify with Team Cap ready to punch evil in the teeth! 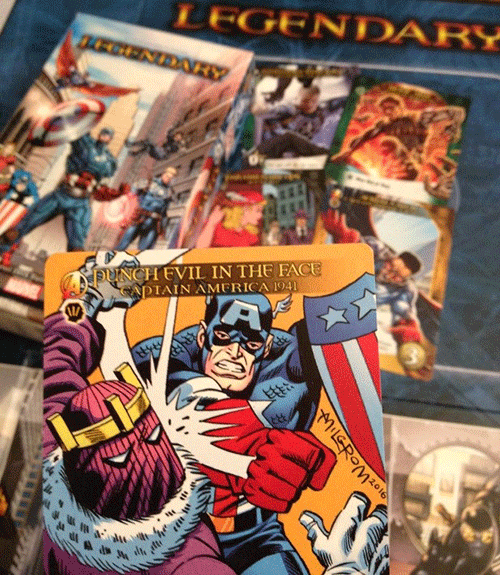 The expansion introduces two keywords: Savior and Man Out of Time. Mechanically, these elements are a blast to play. More than that, they thematically capture the spirit of Captain America and his service. Savior abilities only trigger once youâ€™ve rescued three bystanders. Man (or Woman in the case of Agent X-13) out of Time allows you to retain a played card and apply its effects again on your subsequent turn.

(Wo)Man Out of Time is particularly useful, though thankfully not prevalent. It could prove over-powered, but only Cap â€™41, Agent X-13 and Winter Soldier employ it. Even then with just a few cards and those typically require another hero class or affiliation to activate. Savior is a mixed bag. Against most masterminds it will take a while to rescue the required civilians. While a few cards from the set do have means of pulling extra bystanders, it can still be a laborious process. On the other hand, against new Mastermind Baron Zemo and his Masters of Evil (WW2) youâ€™ll be saving so many citizens that such laurels would refute arguments in favor of needing the Super-human Registration Act.

The other mastermind and associated villains are Armin Zola and his bizarre creations. These fiends come equipped with new keyword abomination which adds the attack value of the hero beneath the city space they occupy to their strength. Sometimes thatâ€™s zero. Sometimes itâ€™s more. Zola himself, however, is modified by the aggregate attack of all heroes in the HQ, which means battles against him can be particularly hairy.

The new schemes are cleverly inventive, but also cumbersome. Alas, they donâ€™t utilize the introduced mechanics, although they tap in thematically to Cap â€™41 with concepts like the Enigma Code and evil traveling back in time to take out heroes. Changing the Course of WW2 is particularly clever in which the number of city spaces are tied to combatant war capitols and change with each twist. When a villain escapes one, evil â€œconquersâ€ that country - which portends dire circumstances for the team! 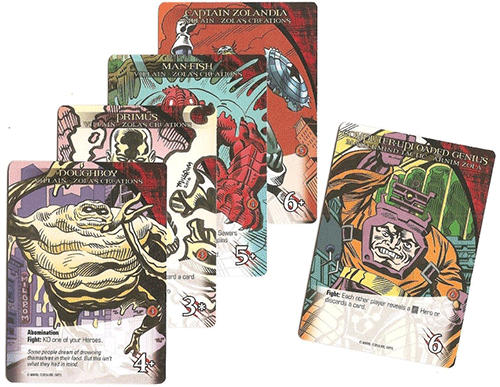 In recognizing the First Avengerâ€™s 75th anniversary, Upper Deck includes illustrations from the Golden Age comics on cards for Cap â€™41, Agent X-13, Armin Zola and Zolaâ€™s Creations. This fun little and totally appropriate nod might prove a bit jarring to some when set beside the rest of the seriesâ€™ original artwork, but itâ€™s a nice addition commemorating a heyday that few fans today are familiar with. A more innocent time when citizens didnâ€™t while about collateral damage, considering the heroes just saved their butts from something far worse!

With characters, villains, keywords and even artwork associated with the iconic First Avenger, Captain America 75th Anniversary smoothly integrates with the system and compliments most of the elements in the base set. It may prove clunky combining with decks from with other specific affiliations like Fantastic Four, Guardians of the Galaxy or Dark City. But itâ€™ll take on most any mastermind within multiple schemes. Most of all it adds a touch of that old school vibe saluting Marvelâ€™s less familiar roots with a bridge to its modern universe.