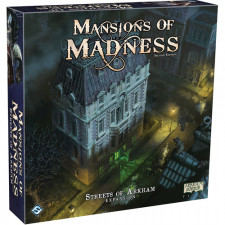 Mansions of Madness 2nd edition legitimized the premise that you could effectively marry digital content with a board game and not lose its analog identity. While the system hums along like a mechanical beast in heat, the one constraint is volume of scenarios. True, this design does afford a level of replayability within the bounds of an encounter, but the experience is at its best when your boots are clacking on rotted hardwood in an unknown manor, unsure of what lies around the corner ahead. It's a narrative mystery game and mysteries tend to be most compelling when they're in fact, a mystery.

This expansion is not perfect. Storage has continually been an issue with this design as it features a mound of tiles and plastic so enormous you couldn't fit it all in the trunk of a Rolls Royce Silver Ghost. My immediate concern was whether we needed yet more tiles to depict yet more environments whose terrain is irrelevant. At some point visual artwork becomes less of a concern than digging through the stack of cardboard that feels like it was organized by a drunken librarian with a vendetta against the Dewey decimal system.

Fortunately, the tiles included in Streets of Arkham do offer a bit of unique appeal. The most appreciated inclusion is a number of options to form a full-fledged museum. This set is featured in the third scenario to full effect as players investigate a haunted exhibit in what can only be described as Lovecraft meets Final Destination. The large museum pieces - including a huge stegosaurus - are fantastic and add character to this new setting. 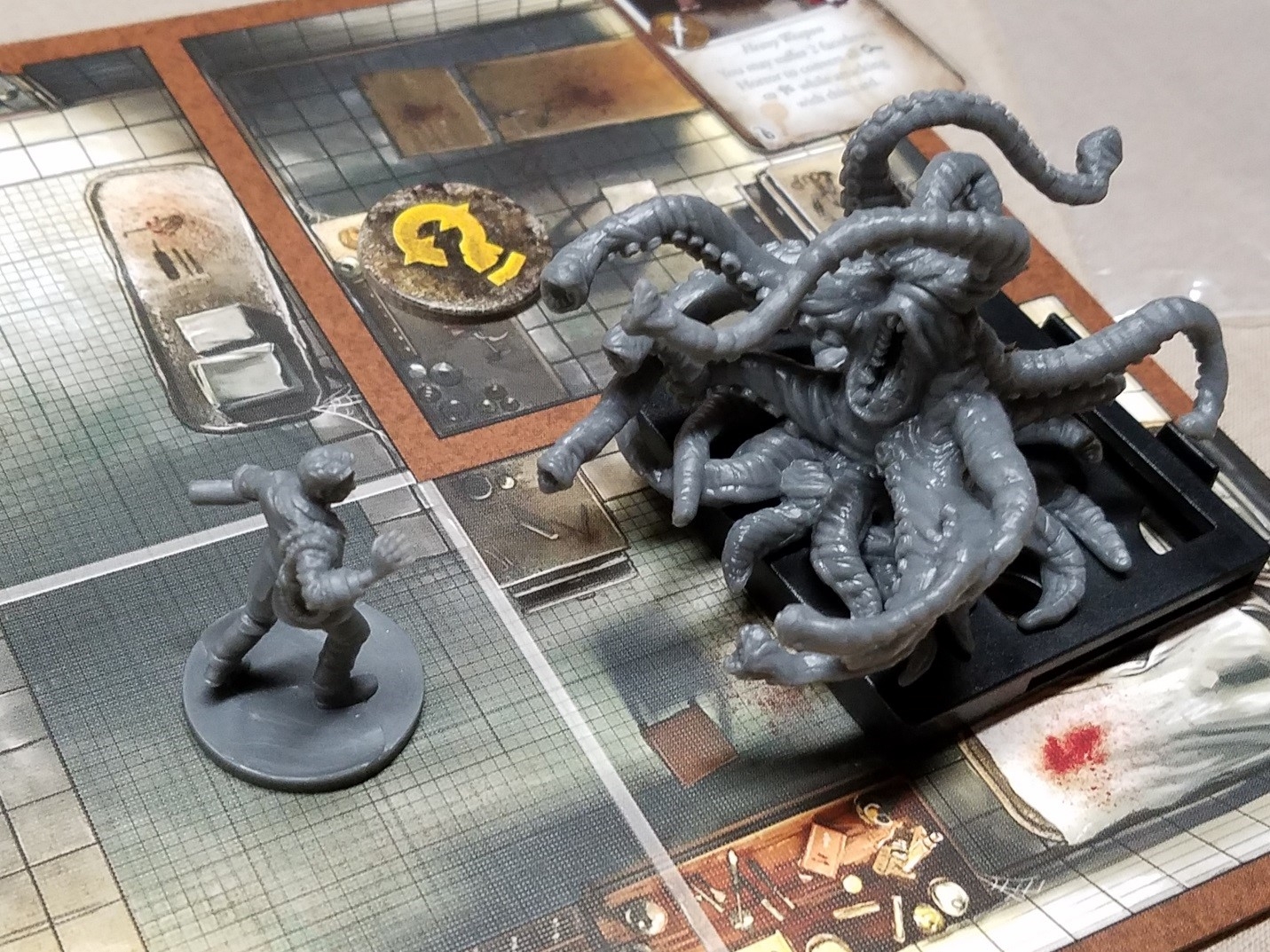 A Star Vampire and a drunk walk into a morgueâ€¦

Some of the city hot-spots are slick as well. The diner is fascinating and period appropriate. The library tile full of jagged shelves is visually on point. The main benefit throughout these new pieces is the ability to model not just a tired old mansion, but to make the city of Arkham come alive. It's nice to see the development team absolutely nailed this as they expand our board selection in a meaningful way.

Less useful are the new monsters. The Skeletons are a set of miniatures desperately looking for a niche to fill and coming up empty handed. The Star Vampires look stellar, but I'm not sure what they offer that previous entities don't. The real problem here is that the baddies in this game don't really act or function all that differently. Their unique attacks all do the same thing and more often than not it's a static piece defined by a hit point value and the amount of damage it deals. Behind the scenes the math of each monstrosity may vary and actually form a unique set of properties, but that's lost on the player and does little to help the experience of play. 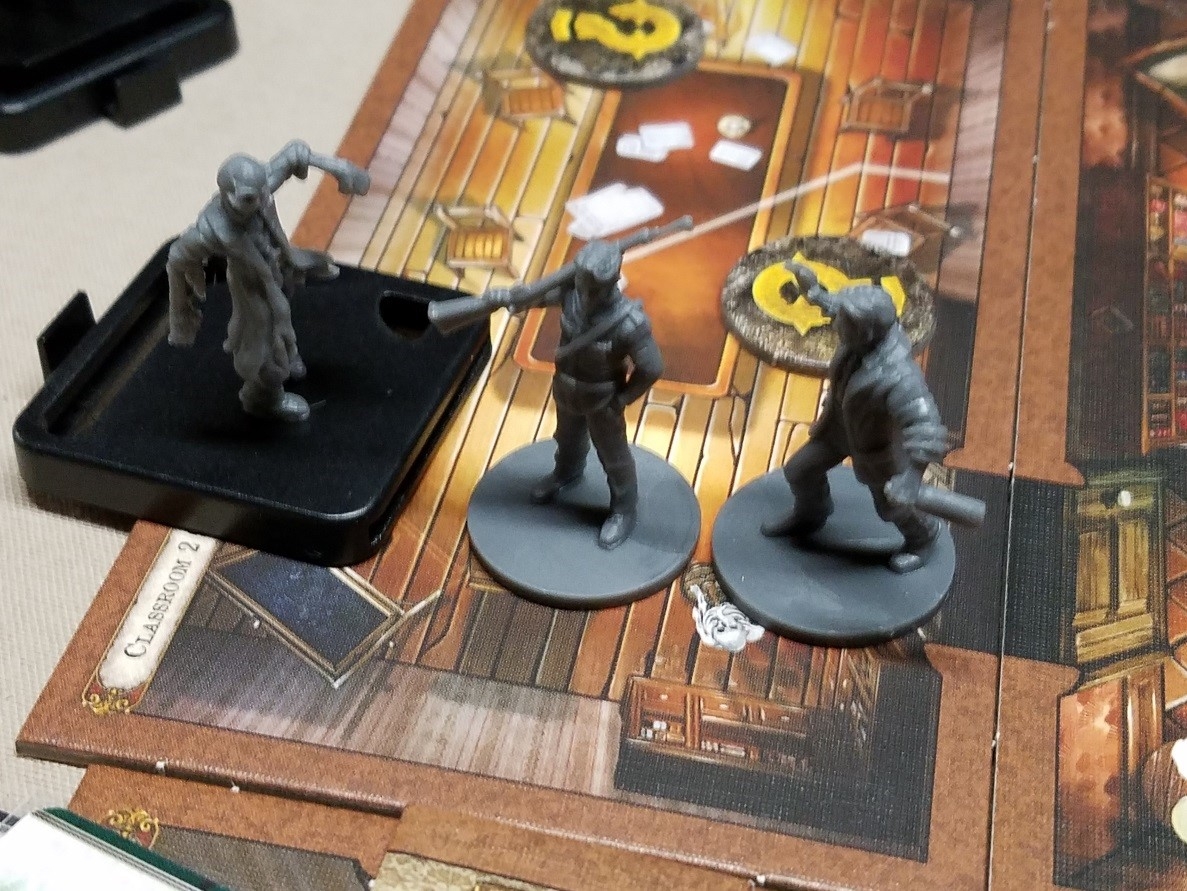 Professor Wight has lost some weight.

With that being said, I do have a soft spot for the new Lloigor. Just look at that fiery dude's open maw and massive tail. It's like he wants to reach out and hug you with a bed of razors.

The new investigators enter a crowded field but they do manage to stand out. Tommy Muldoon is just crazy, starting out with his rifle affectionately named Becky. Anyone who begins play with a four damage firearm and can re-roll a die every single round is A-OK in my book. Singer Marie Lambeau is perhaps my favorite, utilizing her dark arts learned in the bayou to cast a spell each turn without burning an action. This makes her a fantastic support character able to boost other's prowess or even a solid damage dealer to inflict pain with. 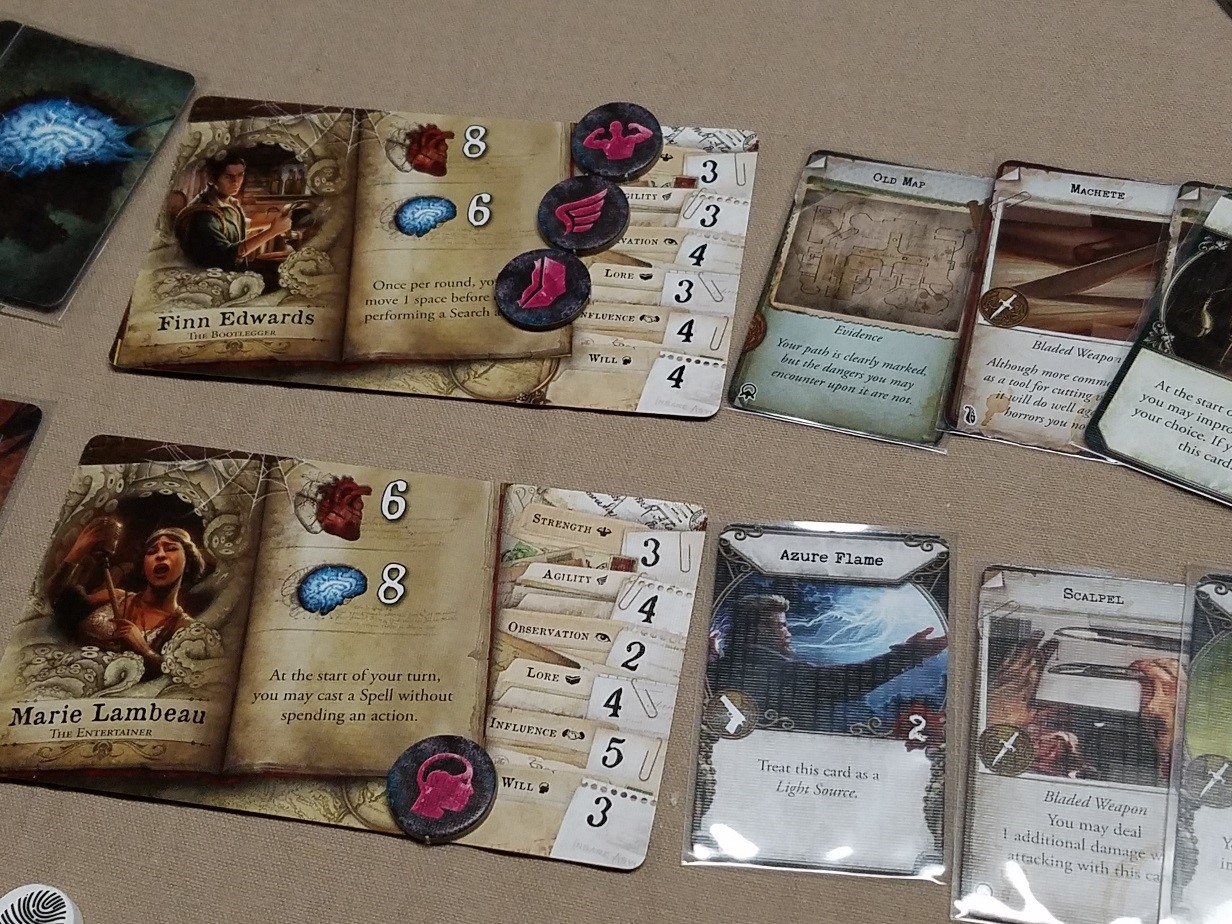 The real meat of this product is the scenarios. Coming in with a solid three-count, Streets of Arkham offers appreciated variety with some heavy hitters.

Astral Alchemy kicks things off with a very unique setup as the group investigates the Miskatonic university campus. This scenario affords players agency over the timer in an interesting way that we havenâ€™t seen before. Gangs of Arkham features an eerie murder under supernatural circumstances that threatens to push two gangs into all-out war. The final offering is the strongest, the previously mentioned Ill-Fated Exhibit, as participants need to actually take notes and piece together a larger mystery to solve the case.

As a whole the set is extremely interesting and remains at an established high quality. New mechanisms are heavily featured, including the ability to improve your investigatorâ€™s stats. This provides an option to bolster weaknesses within your characters or achieve focus on a particular set of skills. The new tower puzzle is also intriguing and provides another meaningful action sink.

Despite some component redundancy, Streets of Arkham is another notch in the win column for this line. The environments are a nice departure from previous outings, and the scenarios that utilize them are excellent. The game still hasn't quite broken through the threshold to meet its potential regarding its technological backbone, but it maintains its identity as one of the strongest cooperative narrative mystery games on the market.