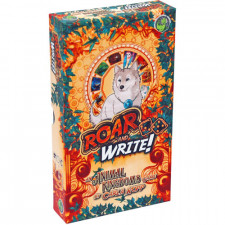 I first tried out Quartermaster General just one week before I managed to get in a few replays of an old personal favorite, Axis & Allies. With the memory of both games so fresh in my mind, I can honestly say that Quartermaster General neither replaces the classic Axis & Allies experience nor is eclipsed by its greater attention to detail. QMG is instead something of a sideways juke, a lateral move that takes the light, strategic-level World War 2 game in a new direction. Itâ€™s not necessarily a better direction, but it stands in stark contrast to its spiritual predecessors.

One of the most prominent complaints about the great Milton Bradley Gamemaster titles of yesteryear is the length of the downtime between playersâ€™ turns. Wannabe generals love taking their sweet time purchasing units, pushing plastic tanks around the board, and discussing grand strategies at length, all of which contribute to long, drawn-out playtimes. Quartermaster General eliminates all this by allowing one simple action each turn: play a card. Cards will expand your empire, attack an opponentâ€™s, set up dastardly traps or â€œbombâ€ your enemiesâ€™ supply decks. Not only does this setup greatly quicken the playersâ€™ turns, but it also leads to agonizing choices. Your armies will need to be in a dozen places at once. Youâ€™ll get but one precious move.

But the real difference between this new take on the â€œbeer, pretzels and Panzersâ€ game genre is its emphasis on the decreasing decision space throughout the match. With most Axis & Allies-inspired games, the successful will find their options and power increasing throughout the game, while those less fortunate or skilled will see their empire slowly diminishing until it is ground to the dust. QMG takes gamers on a different journey altogether, as every power, even the frontrunner, faces the grim reality that itâ€™s only a matter of time before its deck runs out and expansion becomes nigh impossible. The die is cast by the early decisions the players make, and everyone watches with bated breath to see if their plans will play out to their advantage.

Thatâ€™s not to say that there arenâ€™t late game surprises. In fact, due to the restrictive supply rules, a powerful attack card held in reserve can absolutely devastate an army right near the endgame, turning the expected outcome on its head. Where many strategic games of conquest can become a foregone conclusion several turns in, Quartermaster General usually keeps both teams and their team members engaged and within striking distance for the duration of the game. Itâ€™s a totally different dynamic from the usual slugfests these kinds of games degrade into.

In spite of the easy rule set, the distinct design means that the learning curve can actually be quite steep. Players will need to learn the inner workings of each of the six powersâ€™ decks. Theyâ€™ll also find that mistakes made early on will come back to haunt them in the late stages of each session. Seasoned Quartermaster veterans will probably have quite a bit of an advantage, as theyâ€™ll know when itâ€™s time to burn through a deck early to get an offensive going and when itâ€™s time to sit back, lay Response card traps, and wait out an attack.

While the turn-to-turn decision making process is far removed from most other conflict-based area control games, the feel of the game traces its DNA right back to classic Axis & Allies. Iâ€™m actually in some kind of disbelief that this game even exists, as a full World War II approximation in about 90 minutes would have been unthinkable just a few years ago. As a design achievement, itâ€™s remarkable. Playing a different world power forces the player to dream up new tactics and possibilities, as the deck gently suggests semi-historical maneuvers while still allowing for some bold, inventive ideas to come to fruition. Weâ€™ve seen Russia and Germany slug it out for the course of the game as youâ€™d expect, but weâ€™ve also seen Italy nearly capture India.

As great and innovative as Quartermaster General is, itâ€™s unable to completely replace Axis & Allies for me. Many A&A fans will be turned off by the lack of unique land, air, and sea units and the granularity that comes along with most of the heavier dudes-on-a-map games. It can feel more like a well-themed Eurogame than an honest-to-goodness wargame at times. And strategies for certain powers like Japan and Italy can feel somewhat scripted and restrictive after a couple sessions, though clever players will certainly be able to think outside the box depending on how the deck is stacked.

If youâ€™re at all a fan of the genre, Quartermaster General is a must-own. And even wargame-averse players who are more at home with shorter, efficiency-focused affairs may find their brain burning with all the great tactical possibilities on offer in any given turn. It wonâ€™t scratch everyoneâ€™s micromanagement itch but for those willing to try something brand new, itâ€™s a risk well worth taking.