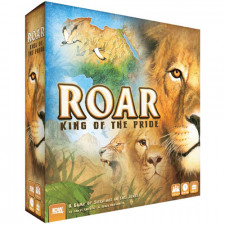 Roar: The King of the Pride Review

Roar: King of the Pride is a new Lions on a Map (LoaM) game from IDW. You read that right, Simba. This game is about lions and that is absolutely the prime reason I was interested in checking this title out. I love ecological, environmental, and wildlife subject matter and I was all in on this game when I saw that it had lion meeples, based its stack limits on actual lion pride composition (two males and up to seven females), and featured a "roar" action that lets stronger lions do just that and steal lionesses away from weaker males. The good news is that there is actually a pretty decent game here. The bad news is that it overstays its welcome and lacks the kind of dynamic, multifaceted gameplay that it needs to be king. 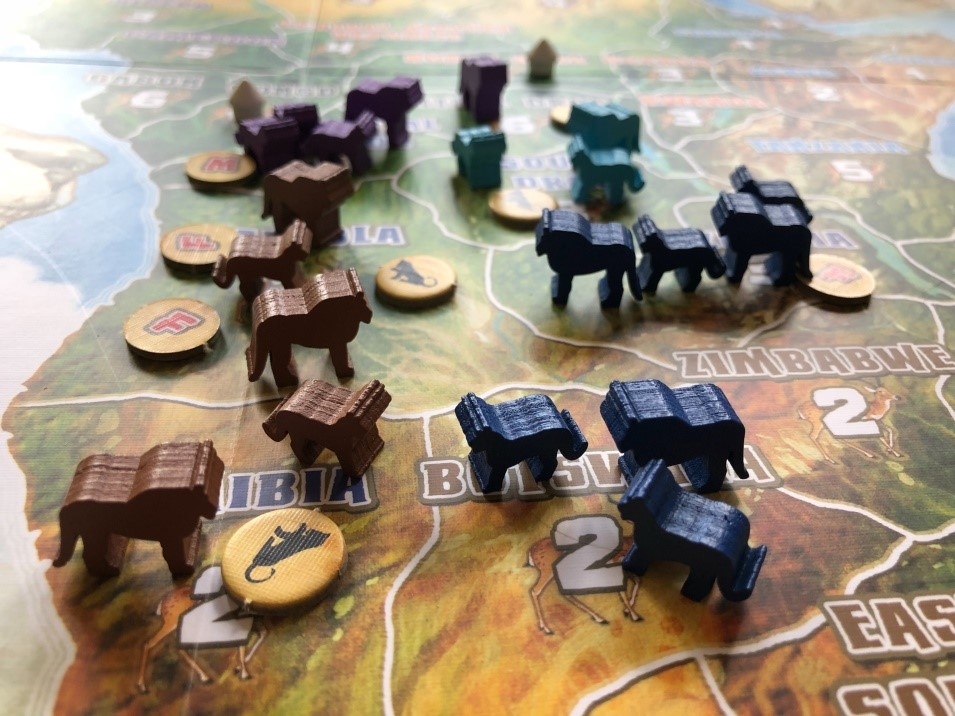 Can you feel the love tonight?

Two to six (!) players each get a lion species card that imparts- this is going to blow your mind here - a special ability. It's probably the most overused mechanic since rolling a D6, but here it gives each group of lions a little flavor and that is something this game needs more of across the board. Starting with a small pride of two males and two females and a couple of "Secret Mission" cards, your goal is to expand your species over the various territories of the African continent while also claiming hunting grounds that will provide you with enough Zebra legs to feed the whole family. The final scoring is a metric of how many lions you have on the board, how much food you have access to, and how many of these "Secret Missions" you've accomplished. I really have no idea what kind of "Secret Missions" lions get up to, but here they are tasks like moving into particular regions, having the most (or least) lions, food or territory, those kinds of things. There's a sort of Ticket to Ride deal here too where when you don't meet a Secret Mission's requirements, they deduct points at the end of the game. Now, this really is something of a Dudes on a Map game, albeit with deterministic combat. That's right, you're going to eventually fight other lions. Strength is based on the number of males in a group and this sort of goofy "Ancestral Strength" track. If you have extra males (which rarely seems to happen), you can sacrifice them to this track to get +1. But you can also sneak through territories belonging to other lions, so you never have to worry about getting hemmed in or trapped in the geography. 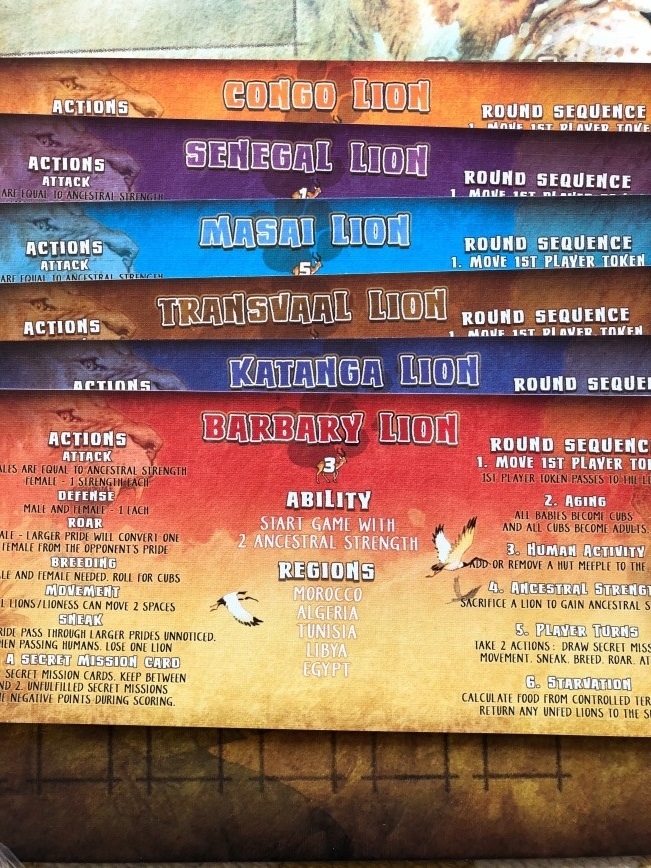 Certainly one of these forms the head.

So there's no dice in the combat, but there is dice in the baby-making. Yes, this game features lots of lions having babies. In fact, it's one of the most fun aspects. If a male and a female are in the same space and you choose that action...well, you know the rest. What happens from there is that, just like in real life, you roll a die and that tells you how many babies mama has, 1-3 or you might get a consolation prize of a +1 token to use anywhere else in the game if none of the babies make it. When they are babies, nobody knows what sex they are- the tokens are face down. During a growing up phase, you flip them to the cub side and see what they are- and there are more female tokens than male, hence the rarity alluded to above. They need protection until they become adults on the next growth stage, because there are also humans to deal with in this game and they apparently like to kill young lions.

The last player in each round gets to place a human hut on the board. This blocks the space from anyone claiming it or moving through it without sneaking, and it also eats all of the unguarded babies in the space. The huts are also a sort of timer, which this game simply has to have because it just goes on for far too long.

I mostly like what is on offer here- the mechanics are sound, I especially appreciate the attention to detail and, gosh darn it, I actually like the silly "Ancestral Strength" track. The struggle to keep increasing your food availability can be stressful because if you don't have enough to feed your lions, they start starving. And you are dealing with the board becoming increasingly crowded and messed with by the humans throughout the game, so it can be challenging to sort out how to effectively use your turns later in the game. However, the game lacks a sense of dynamic development. There's only one upgrade, and the bulk of the game feels repetitive halfway through its duration. I am all for minimalist, tight, highly editorial design but this is a case where I feel like some action cards, random events, a weather track or something would have done well to create a more robust sense of setting. 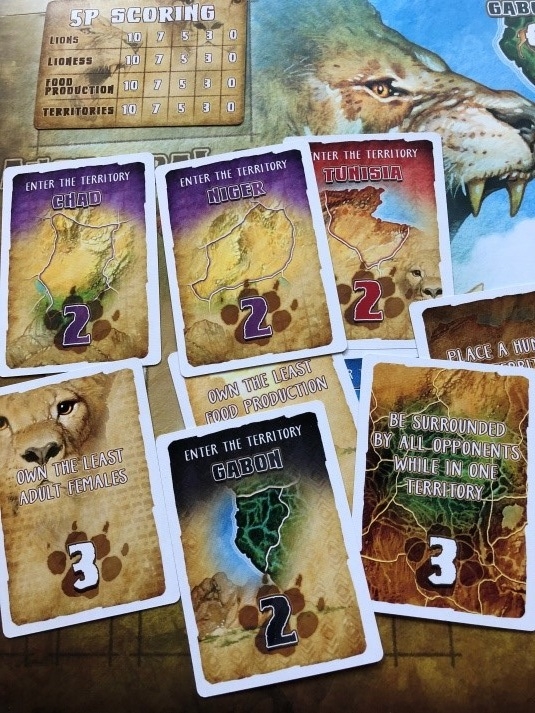 I doubt many lions strive to achieve the "Own the Least Food Production" Secret Mission.

The thing is, if Roar were a 45-60 minute game at the maximum, I don't think I'd be complaining and it would slot in nicely as a light to medium weight game in that range. But it is closer to 75-90 minutes with 4, and I frankly think that I'd rather keep the game on the shelf instead of playing with five or six for fear of it turning into two hours or more. I'd also suggest that it's not a particularly compelling two player game, even though support is there if you so choose.

Regardless, I appreciate the spirit of the game and I love the lion concept. But it doesn't take a professional games critic to see that it doesn't quite have what it takes to be a classic or even a game that stays on tables for years to come. I suspect that the game will go largely unnoticed in this wild world of million dollar Kickstarters filled to bursting with bubblegum machine figures, which is a shame because it is a much more modest - and complete - offering reminiscent of the good old days when a game release didn't mean the release of an entire product line. Despite shortcomings, for fans of traditional Eurogames in this weight range and especially for animal lovers there might be a couple of reasonable arguments made for checking out Roar.