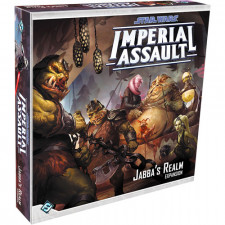 Few things in gaming today can be depended upon like Imperial Assault. In just over two years, Fantasy Flight has churned out a steady stream of content for their tactical Star Wars game, and from the very beginning the game could be relied upon to deliver solid tactical combat with a good dash of Star Wars flavor. The newest expansion, Jabbaâ€™s Realm, continues this standard of quality, but it is too content to stay in the gameâ€™s established comfort zone well after the system could use a push toward more varied content. Established fans who have stuck with the game from the beginning will appreciate this, and it is for them that this expansion is meant. But those of us who long for something a little more from such a big system are left wanting. 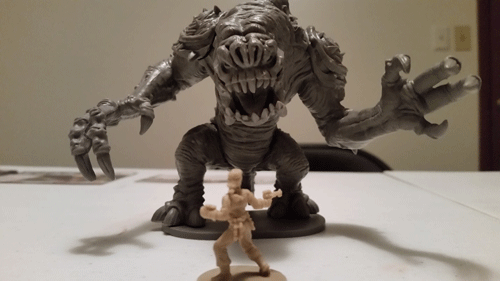 I expect she has a bad feeling about this.

Before I get around to all of my gripes, it should be noted that Jabbaâ€™s Realm continues all of the strong points of Imperial Assault, and polishes a couple of minor ones in a slight way. The Jabba the Hutt sequences in Return of the Jedi have always been my favorite part of that particular installment, so the new setting is a welcome one. It includes plenty of saarlac and rancor carnage for the twelve-year-old in us all. The continually expanding faction of Scum and Villainy gets a particular shot in the arm here, both in terms of content and setting. My favorite new addition is that of bounty tokens, which can be applied to the heroes by the Imperial player through the use of a new class deck. These give the Imperial player a lot of dirty tricks he can play on heroes who have a bounty, and itâ€™s a fun little thematic touch. Besides that, the already-great campaign structure gives the players more choices in what their next story mission will be. This doubles down on the branching narrative, giving outcomes a bit more weight. 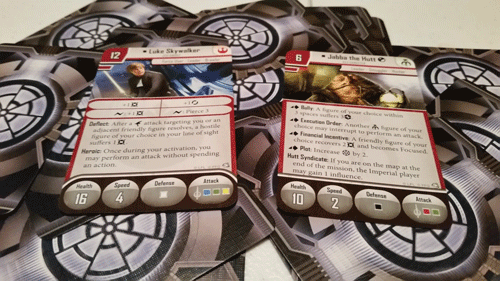 Heâ€™s no Jedi? I mean, it clearly says on the card that he is.

Then of course there are all of those new units and scenarios. Here I find myself a little more jaded. While both the campaign and the skirmish game benefit mightily from the addition of more units in any expansion, itâ€™s hard to not feel a little cheated here. There are only three new unit types for the Imperial player, and only one of them counts as an Imperial unit in the skirmish game. Thereâ€™s also a rancor figure that stretches the definition of the word â€œminiatureâ€ to its breaking point. Campaign is my preferred way to play, and since I usually play as the Imperials I appreciate any variety I can get. Still itâ€™s hard to not feel that all of that plastic used to create that rancor figure could have been used for one more set of smaller figures.

For all that variety, I never went into a scenario not knowing basically what kind of game it was going to be. This is perhaps a little unfair of me, since Imperial Assault has always been about the tactical gameplay before everything else. But it feels like everything is far more limited than it should be. Literally every mission of Imperial Assault I play feels basically the same, shooty and fast-paced. It does this well, but itâ€™s beginning to feel monotonous, like Fantasy Flight hasnâ€™t figured out anything else to really do with the game. The two-games-in-one approach has also proven to be an albatross. The skirmish game requires a much higher buy-in, and the campaign requires a much higher time commitment. I continually find myself wishing that they would release some scenarios that allow the players to play in the one-versus-many format, but in a single longer mission. Iâ€™m thinking of something like the delve scenario in the dearly departed Warhammer Quest Adventure Card Game. This would actually allow the game to get more play, and would make the whole thing feel like less of a huge commitment, either in terms of time or money. 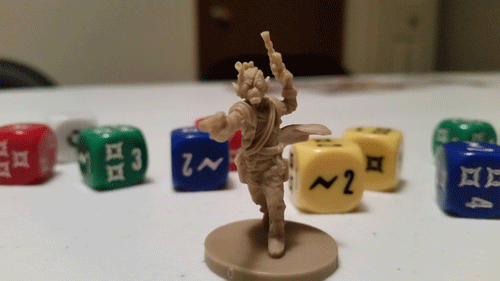 Not a bad character, but it just seems like he can never shoot first.

But overall, Jabbaâ€™s Realm is simply more Imperial Assault, which will be good or bad depending on how you feel about the original game. Myself, I found this to be a very safe expansion. Imperial Assault is a good game system that demands its players spend money as if it were a great game system. But itâ€™s showing itself to be a pretty conservative product line. This far into its life, Fantasy Flight can afford to stretch out this system and see what it can do. Instead they continue to just produce another campaign in a new setting, more skirmish scenarios, and of course more figures. None of those things feel nearly as fresh as they could. If thatâ€™s what you want from this system, you wonâ€™t be disappointed. But itâ€™s starting to feel a little like all of this content is wasted. There are always new ways to combine the various elements, but it all is starting to feel very familiar to me.