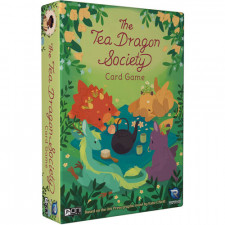 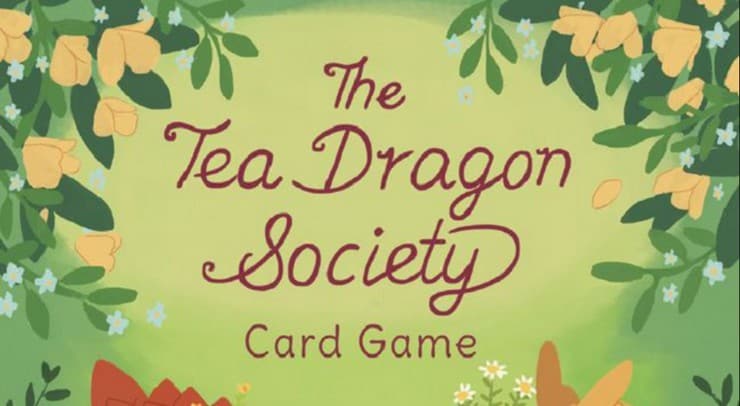 Looking for a family-friendly card game with both a backstory and the loveliest artwork? Check out The Tea Dragon Society!

The Tea Dragon Society is a deck-building game based on the graphic novel of the same name by Katie Oâ€™Neill. Gameplay is designed by Steve Ellis and Tyler Tinsley with art provided by Josh T. McDowell and Katie Oâ€™Neill.

Published by Renegade Game Studios The Tea Dragon Society plays 2-4 players in about 30 minutes to an hour. 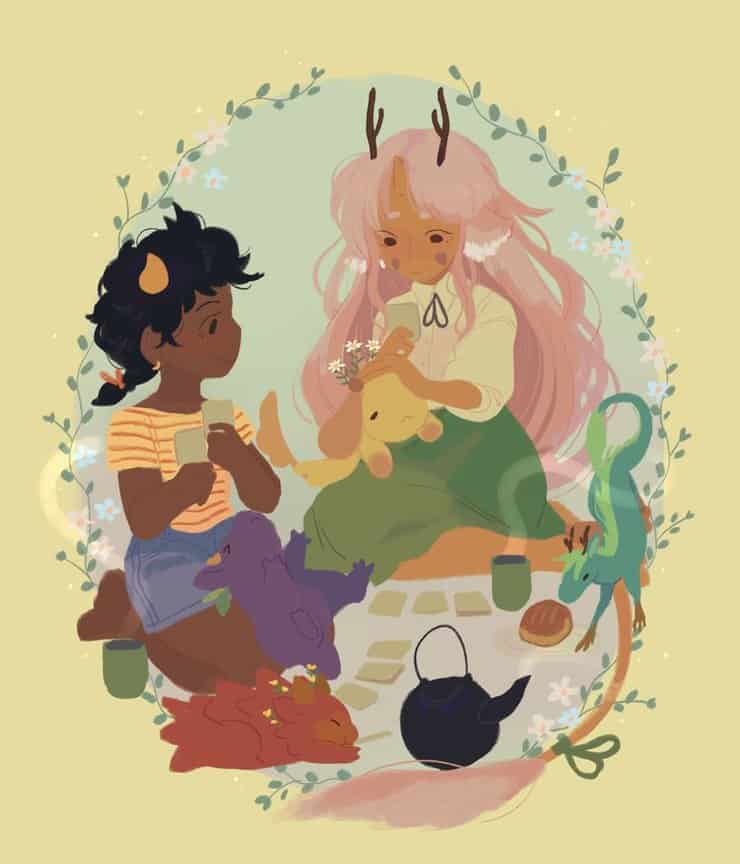 The Tea Dragon Society is definitely an entry-level game with very light complexity. Offered first at Origins Game Fair, and now in stores for a steal at $19.99.

This game will appeal to gamers and fans of the graphic novels alike. While targeted at a younger audience, players of any age will find something here to enjoy. 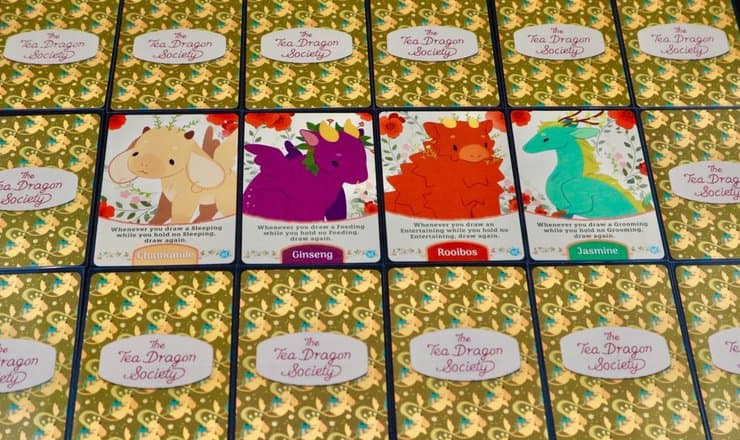 Each player in The Tea Dragon Society is tasked with adopting and taking care of one of four Tea Dragons. Each dragonâ€™s namesake is derived from a type of Tea. There is Ginseng, Jasmine, Chamomile, and Rooibos.

All four have slightly different decks and are equally adorable. Players either draw a card or purchase a market card or season card. Some cards either provide growth, a purchase power, or points. Each dragon has a particular quirk which if drawn and itâ€™s your only one in play lets you draw again.

The growth cards have a varying amount of growth which you use to brew tea which buys new cards. Some market cards are items which triggers additional draws similar to the Tea Dragon ability except the draw can be done multiple times. 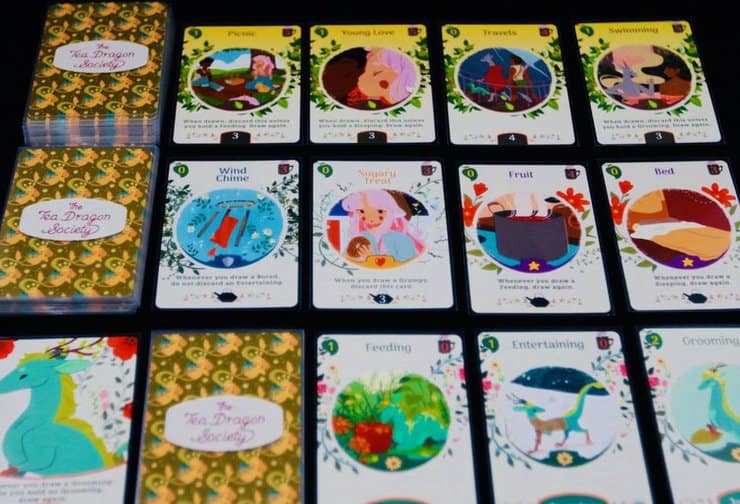 There are also defense cards for when your Tea Dragon gets picky, bored, or wants to bite you. They can get moody and it makes drawing feel slightly like a push your luck game. Another unique feature that sets this game apart from most deck builders is the fact that all market cards you acquire go directly into play in your hold.

Season cards are typically stronger and worth points so they shuffle into your deck with your discard pile. Each time season cards are dwindled down to one card, the season will change. When this occurs for Winter the game will end. Then players will count the points on any season cards or market cards with points on the Teapot symbol. The player with the highest points wins. 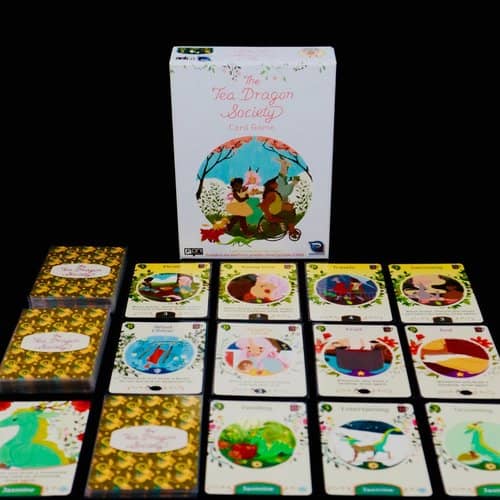 The main thing I liked about The Tea Dragon Society besides the fantastic artwork was its accessibility.

Even if youâ€™ve never played a deck building game or card game for that matter, you will pick up on the gameplay in no time at all. So, if you want something a bit lighter with a whimsical theme, then the Tea Dragon Society is a surefire hit.