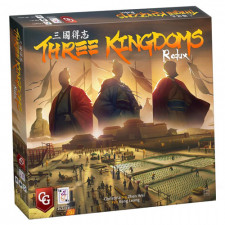 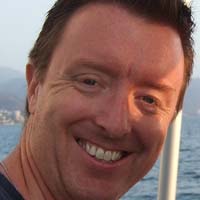 The Three Kingdoms - to call it China’s Camelot would be a mistake, because this one’s more epic, vaster and less fictive. Comparing Camelot to the Romance of the Three Kingdoms (even the classic Nintendo version) is like comparing Guy Ritchie’s latest King Arthur film to, well, Camelot. And thanks to Capstone Games, you and exactly two friends can relive the whole epic in one night. As long as you start early. 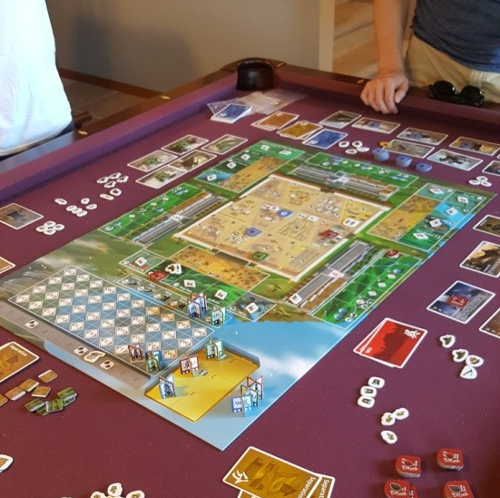 Three Kingdoms Redux condenses the decades-long conquest into an abstract combination of worker placement and bidding, the one thing that makes worker placement better. In traditional Euros, the first meeple wins the spot, but TKR realizes the best general accomplishes the task, and that makes everything better. Now the heads of the kingdoms must survey their generals, decide whose skills are best used where, and send them at the right time. Claiming a spot early with a high-value target may guarantee you get to take the action, but if you wait till an opponent sends a lesser general there first, you can claim the spot and waste one of their moves at the same time. It perfectly treads a middle ground between the seemingly-accidental Euro trip and the Ameritrash haymaker, allowing you to raise an eyebrow like Donnie Yen and suggest that the fight can end here or continue, if you prefer.

Art and artifice: a deadly combo

For a game with so much to do, Three Kingdoms Redux presents everything in a way that makes it easy to understand and difficult to master, finding that strategic sweet spot. There are a total of twelve different actions available per turn and determining which of your three-to-eight generals to put on which action can be daunting, but it’s never confusing thanks to the well-presented rules and a thematic sense pervading the game. Recruits aren’t trained, but can be if you pick both actions. Military leaders are better at making weapons while scholarly generals excel at civic improvements. A plethora of tokens aids in tracking your accomplishments. Most of them are intuitive, though the armies are a challenge to discern at first. 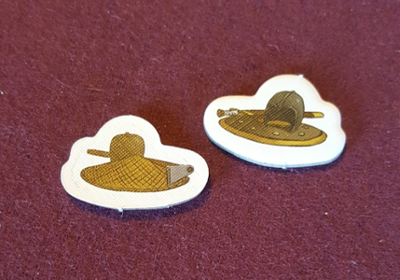 Another innovation this game delivers is its serious asymmetry. Everyone starts with a different amount of leaders, armies, supplies and public support, and only the general count is made even by the end of the game. This drives different strategies for each kingdom, but a common victory goal means the way forward’s not as obvious as in other asymmetric games. To further cement this imbalance, TKR straddles the Euro/Ameritrash line again with its alliance mechanic, allowing the second and third players in the current hierarchy to choose an action on which they can pool their resources to outbid the leader, but as with many proposed agreements, neither player has to abide by it, and the potential to leave an ally hanging makes this another juicy aspect of the game. In Chinese fashion, I’m not saying no to your proposal, I’m just saying that…it’s not convenient at this time. Sorry you wasted your general, ally.

The balance isn’t universal, however. Every bid ends with the winner claiming the spot and the loser going home, including battles. Each border has conflict zones, where generals bring trained and equipped armies to…outbid each other for provinces, with the loser turning around and going home. And keeping everything they brought. 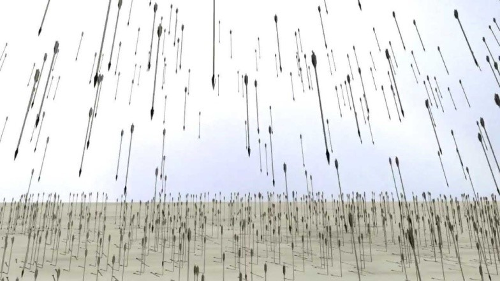 We should be fine

So, the game doesn’t completely straddle the line, which probably pleases Euro fans and disappoints those who like a little war with their war, but this is a relatively small nit to pick. And if there aren’t any battles to make clear which side Three Kingdoms Redux ultimately lies on, the endgame wipes out all doubt with a victory point calculation that makes Scythe’s look straightforward. Yes, it’s as easily resolved as the rest of the rules, which is another feather in TKR’s cap, but still, it’s a good thing the Chinese invented the abacus.

Three Kingdoms Redux is an epic game done well, a sweeping conflict that feels easy to manage, yet reveals layers of strategy with each play, which is both its magic and challenge. Early games will take every bit of three hours, even playing with the introductory rules and leaving the various generals’ rule-bending powers out of the game. That and its precise player count may be off-putting to some, but if you and two friends have the will to persevere, you’ll be rewarded with a grand spectacle of strategy and negotiation that frames this classic conflict well, giving it the place of honor it deserves.