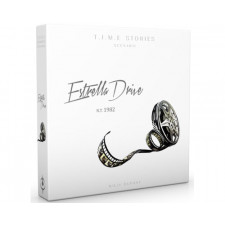 Lumen Fidei rocked my socks, so to say I was excited to shred the cellophane on Estrella Drive is an understatement. That little black bubble reading "Mature Audiences Only" simply further piqued my interest and had me energized. Thankfully, the game infatuated with punctuation came through like a Wookie tearing into a freshly roasted Porg.

The first thing to note about Estrella Drive is the fantastic setting. The pitch is hopping into your Caissons to investigate a supposedly haunted Hollywood mansion. The story is dark, intense, and at times unrelenting in baring its influences. Thereâ€™s a sliver of nudity, some unsavory language, and even a bit of the coke that doesnâ€™t come in a red can. 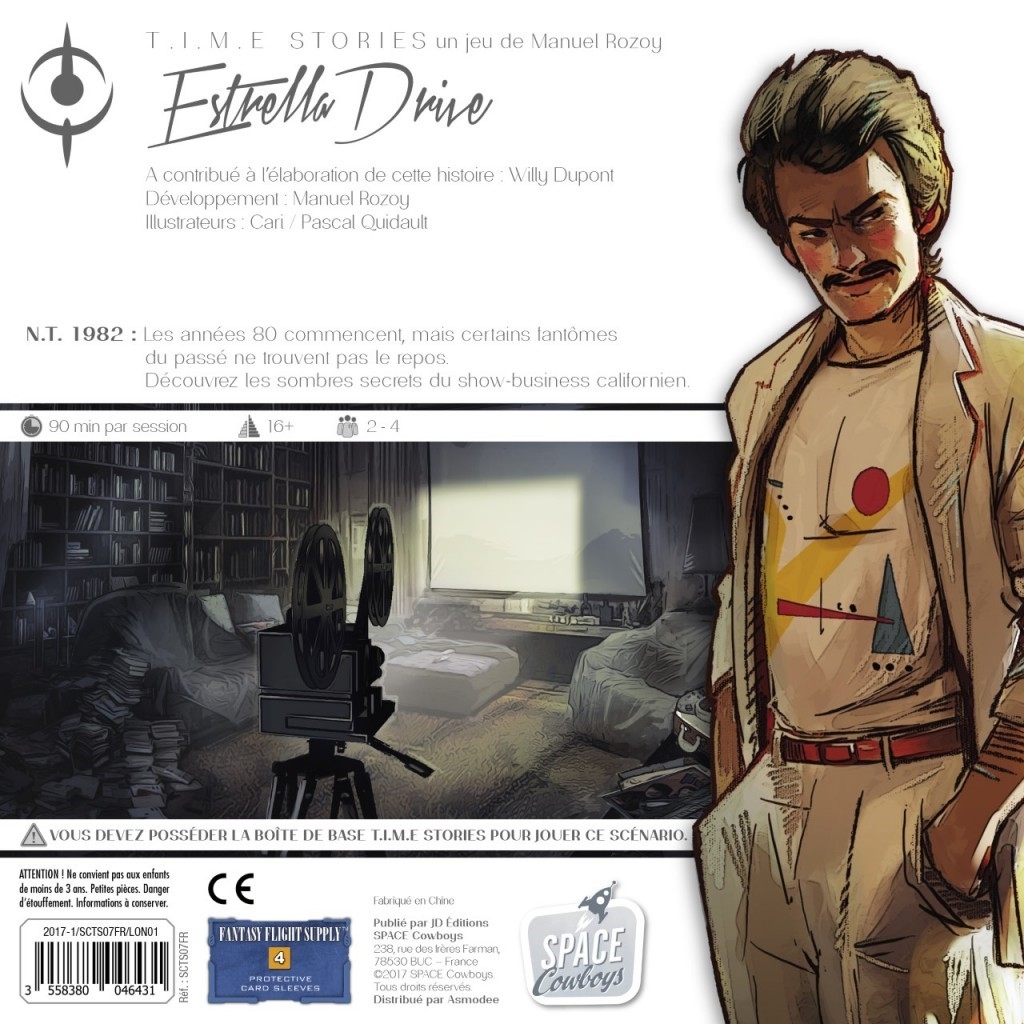 The arc of discovery here is incredibly tantalizing. We've seen the game pull several tricks concerning second location decks and warping the structure of our expectations after completing a single run. Estrella Drive pulls off such a ploy in a very satisfying manner that drives the participants into the heart of the somber tale. This is one of the more gripping narrative explorations we've seen and it keeps the tempo appropriately high during the ride.

From a bare mechanical perspective, this one isn't really going to blow your lid off. There are not many puzzles and the onus is on the players to basically gather items in a horrifying scavenger hunt. There's one particular aspect that requires players memorize a detail appearing early in the adventure which may be a thrill when you utilize the information or an enormous aggravation when you realize you missed a crucial piece to the puzzle. These details are secondary to the story and the direction this module takes us emotionally.

For those with an iota of pop culture knowledge you will quickly realize the real world events this fictional story parrots. It never attempts to obfuscate its primary influence, which is both jarring and particularly engrossing. What's noteworthy about the events depicted is that this scenario sort of feels otherworldly and foreign to the T.I.M.E Stories established setting, at least as we've come to know it. 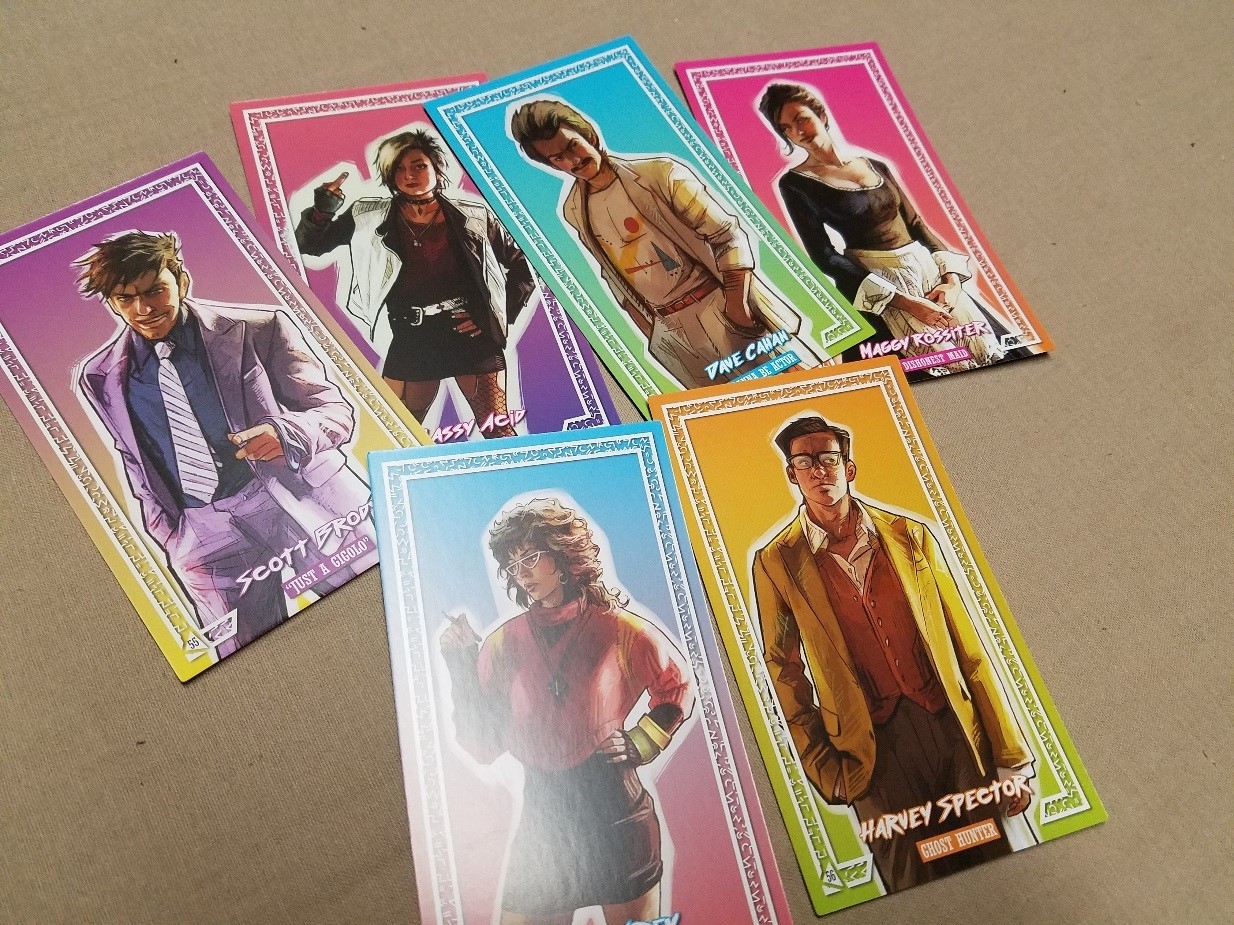 Back to a better time.

While this is a bizarre game in a bizarre setting, there's an impressive narrative consistency that's tied all of these modules together. Estrella Drive punches through the wall by doubling down on its non-fiction backdrop and pulling the players in an emotionally different direction. This does cause some problems but those are washed out almost completely by the unique experience and how memorable the encounter is.

The largest issue with this path is that the expansion simply doesn't fit well into the meta-story of the game. This overarching fiction forming the spine of the series is necessary to maintain and expand interest as the line develops. It's the primary hook at this point and avoiding it and our inherent encyclopedia of questions comes across as if Damon Lindelof and Carlton Cruse are steering the ship. Never let Lindelof or Cruse take the wheel, folks.

So Estrella Drive functions more as an aside, a divergence from the feature presentation. This would be a shame if it wasn't so damn strong in its ability to slowly unveil its story. When T.I.M.E Stories is dead and buried much of the discussion will be around what was happening at the agency and surround the mysteries of the Elois and Syaans and all that jazz. Yet, I think we'll have a strong memory of playing through this little detour and the ups and downs it provided.

Estrella Drive is a solid entry that throws a hefty jab. It's the type of scenario that the group will reminisce over and contemplate outside the bounds of that ongoing narrative. It's perhaps not perfect and may not appeal to some - particularly if the mature content is a turn off - but it absolutely is capable of enthralling a willing group and presenting you with a situation that is simultaneously familiar and alien.