The first wave of Unlock! titles hit me pretty hard. This whole escape room on your table top genre digs into my brain and lights it up in unforeseen ways; you could definitely say I was addicted. Itâ€™s no surprise then I was on this second set of releases like a fiend living hit to hit.

Fortunately, these three adventures deliver like an air cannon firing a t-shirt into your scruffy face; that is, with much gusto and all the elation of free swag. This second series is a marked improvement on the first as the design-team has learned from a few stumbles and refined their craft.

First of all, the hidden number shtick is much improved. I'm a hesitant fan of this mechanic as the thrill of spotting an obfuscated value is considerable. The problem is that some of the colors utilized and lack of clarity in Squeek and Sausage as well as The Formula hindered the experience. Additionally, as veterans of those early days, we've grown in acumen and this visual trick is a little more satisfying and reasonable to tackle.

The difficulty ratings for all three of these new releases are spot on. While I'm sure they won't universally be agreed upon as factual, they seem to convey the proper expectations and accurately correlate with play. If you're concerned with a group or family member getting frustrated with these puzzles, utilize that three-scale difficulty number on the back of the box. 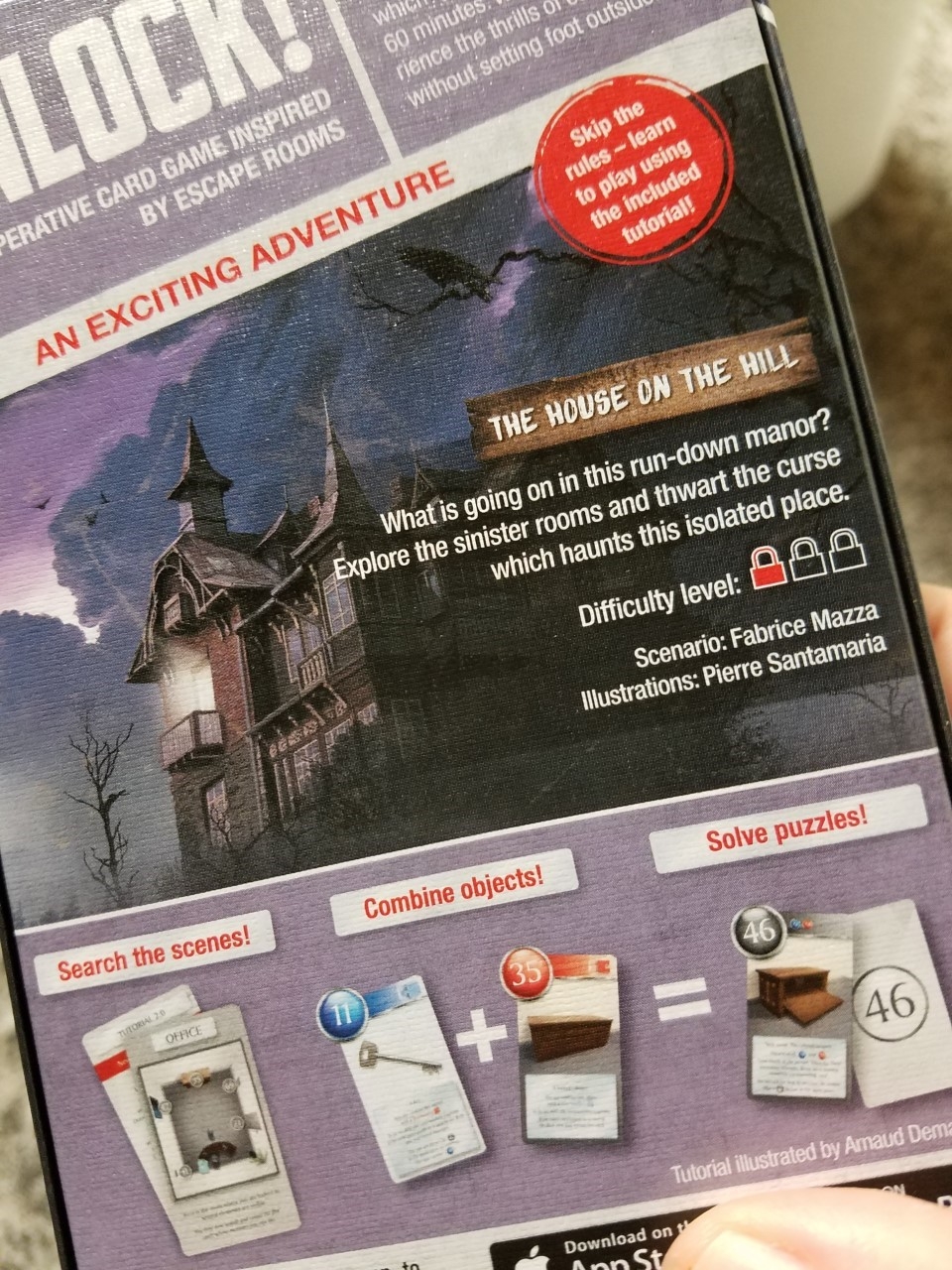 Tonipal's Treasure is the best Unlock! release yet. It features an engaging story that hooks you immediately - who doesn't love pirates? - and it offers a host of mental challenges that are satisfying and meaningful.

One of my favorite aspects of these games is the audio clues. These harness the benefit of the integrated app and do a wonderful job at pulling you out of the repetition of the standard puzzles while jolting you with that feeling of fresh. Tonipal's Treasure hits us with these auditory sensations multiple times, offering personality and flavor in spades.

This scenario also produces the strongest end game conundrum we've seen thus far. Discussing it would be impossible without spoiling its fantastic trick, so you will have to just trust me that this is one for the books.

The Nautilus' Traps is the second strongest of the trio. It manages to break away from the pack and forge its identity by completely nailing a thematic narrative. While all of the Unlock! titles have maintained a colorful story premise and owned up to that somewhat, they rarely feel like you're actually progressing through a living and breathing adventure.

The NT does just this. It's an aquatic journey of horror as you're fighting a tight clock that's one evil SOB. Everything's upside down as you're running out of air and up against the wall. When you're flying through the cards and your voices begin to rise, that sense of impending doom is absolutely suffocating. The ability to nail this theme so strongly is particularly endearing.

The final module is a menagerie of horror tropes and appropriately titled The House on the Hill. While the least interesting of the three, this is still absolutely worth an hour of your life as it takes you through a relatively straightforward path buoyed by some solid puzzle-work. With its low difficulty, this one has the benefit of making you feel clever as you wind your way through a suite of enigma's that will have you cognitively engaged, but won't leave you with a headache or stumped attempting to figure out what you've missed. 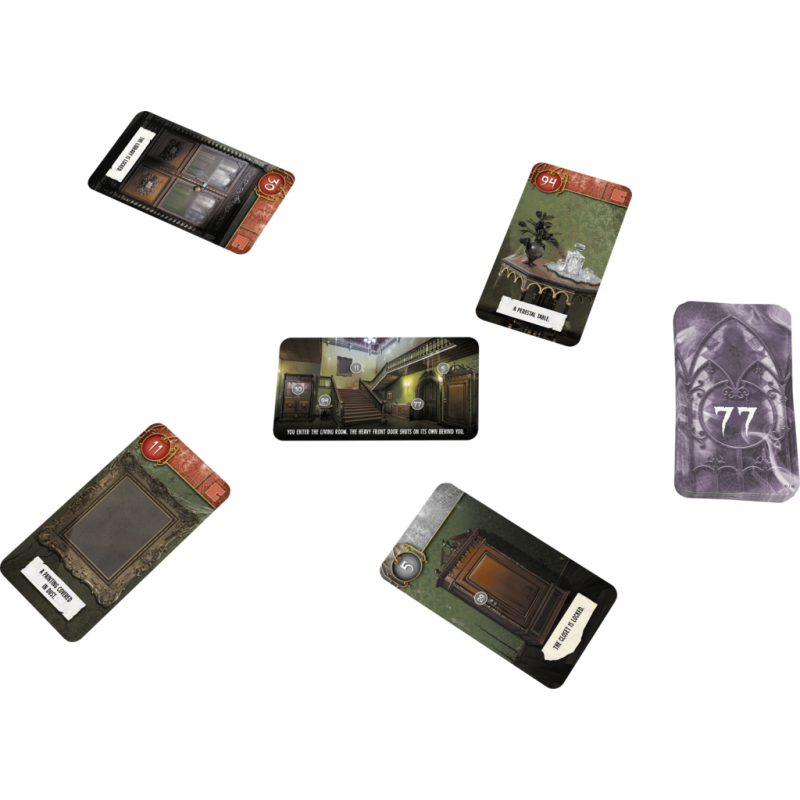 Includes everything but Vincent Price

As a system, Unlock! is improving which is what we want to see. The most obvious marked advancement is the new electronic machine system which has you tapping different objects within a visual portrait on your mobile device. You will need to utilize clues within the cards/scenes to pick out the appropriate switches on the screen. This is quickly picked up and is ultimately interesting because it extends the experience in a way that feels as if itâ€™s utilizing props. It doesn't quite accomplish this in the way Spinmaster's Escape Room: The Game does, but it's halfway there and certainly improves the experience.

Iâ€™m also continually astounded how each box in this now six game line feels so distinct. Each has its own personality, a group of puzzles that feature at least two or three truly memorable encounters, and some fantastic illustrations and visual presentation. The scenarios really hone in on the format's strengths and harness these traits to great effect.

Unlock! is a spectacular series and the latest three offerings only farther that bid. The design group at Space Cowboys is going to face an enormous challenge in outdoing these prime cuts, but I have all the faith in the world at this point.