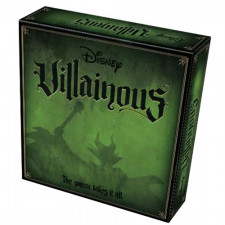 It’s Good to Be Bad

Embrace your inner villain and experience the story the way you always knew it ought to endâ€¦ Itâ€™s so good to be bad in the Villainous board game!

Villainous is a 2-6 player game designed by Prospero Hall and published by Wonder Forge. Playtime is roughly 50 minutes and is relatively lightweight in complexity.

In Villainous you get to see the story from the other side. You get to play as the Villains from various Disney movies. Being bad never felt so good and this game proves that so much. 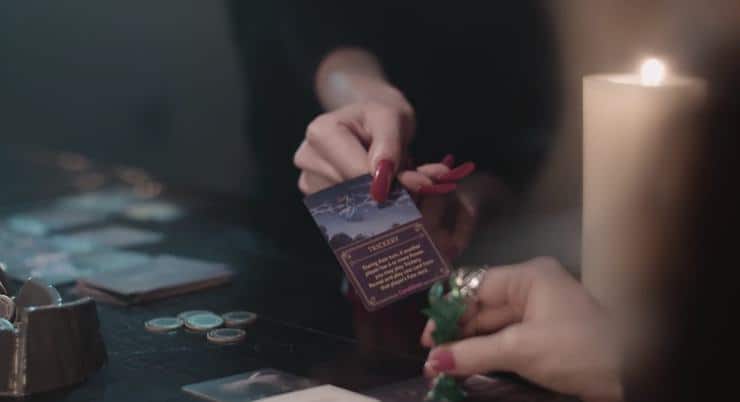 Each player in Villainous chooses a villain out of six options. You can be Captain Hook, Ursula, The Queen of Hearts, Maleficent, Jafar, or Prince John. What makes this game really stand out is the asymmetrical nature of each character. Each of the six villains has a unique set of card decks.

They all play very differently and each have their own win conditions. For example, Captain Hook has to lure Peter Pan to the Jolly Roger and defeat him there to win. Prince John needs to start a turn with twenty or more power to win.

Maleficent needs to begin her turn with a curse on each space of her player board in order to win. These different win conditions will require you to figure out how best to play each villain because what works well for say, Ursula, wonâ€™t work for Jafar. 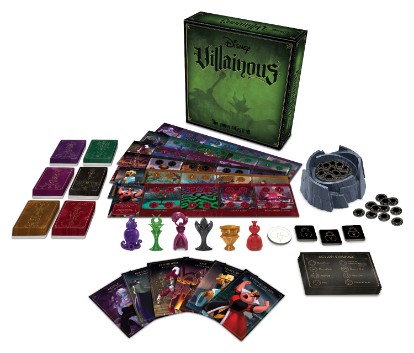 The two decks each player will have in Villainous are the character deck which contains the tools you need to win. These cards are allies, items, and effects that are tooled to the exact villain you are. You also have a fate deck, which is not good for you. These contain the heroes and items designed to oppose you and hinder your progress of winning. When an opponent targets you for fate, they look at the top two cards of your fate deck and choose the best one to hobble you at the time. Some fate cards are necessary for some characters to win, however.

Each villainâ€™s player board in Villainous represents their realm and features weâ€™ll known locations from their respective films. Each space has a set of actions you can take as well. You can gain power, play actions, cast fate on an opponent, activate cards, or move cards around your realm.

The component quality is Villainous is outstanding. The art of the cards is top notch and each Villainâ€™s mover or pawn is a cool clear plastic caricature of who you are playing. The player boards are thick and durable and the cauldron that holds the power tokens is pretty cool if I must say.

I picked up Villainous as a gift for a friend who is a huge Disney fan. What I wasnâ€™t expecting was discovering a such a fun game with deep gameplay. The rules are easy to learn and simple to understand but there are layers of strategy that makes this a fantastic play experience. I definitely recommend this to anyone who is a Disney fan. If you never cared much for the Disney films Iâ€™d still give this one a try, you wonâ€™t regret it.