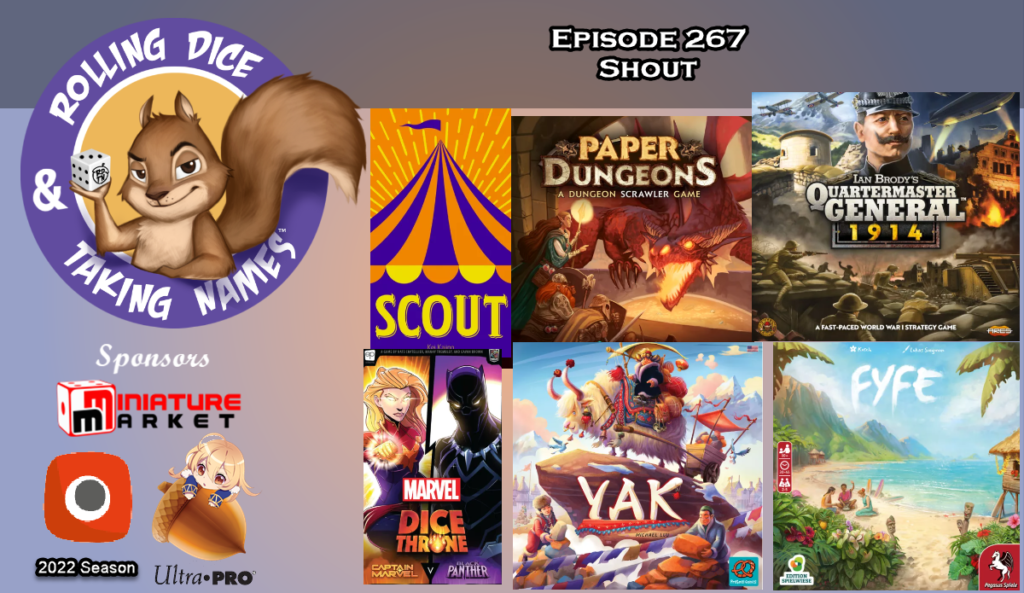 Marvel Dice Throne is a fast-playing, dice-rolling combat game that lets players battle as their favorite Marvel heroes in one-on-one duels, team battles, and free-for-alls! Based on the smash success Dice Throne, this Hero Box puts players in the roles of Spider-Man, Scarlet Witch, Loki, and Thor. Each has their own set of dice, player board, and unique deck of cards.

Attack your opponents and activate abilities with dice rolls, accumulate combat points, and spend them on action cards that allow for ability upgrades such as Scarlet Witch's Chaos Magic and Spider-Man's Invisibility. All 4 heroes are compatible with the entire Dice Throne ecosystem.

Spider-Man (Complexity: 2/6)
Miles Morales may be small, but can pack a mean combo of attacks. Unlike the others, he can turn invisible. This Invisibility is quite handy in a pinch, from bolstering his defensive abilities to surprising opponents with extra damage. Pushing his Spider-Reflexes to the limit, his web-shooters ensnare enemies, making it all the easier to pile on the justice.

Scarlet Witch (Complexity: 4/6)
Scarlet Witch is a master of probability manipulation. This magic wielder is poised to submit her opponent in a reality warp of their nightmares. While conjuring up spells from thin air, her powers crackle with the might of her chaos magic.

Loki (Complexity: 4/6)
Reveling in trickery, Loki the God of Mischief must be found hiding among his illusions. Befuddling his foes with a deft hand, he will put a spell on you. Caution is advised when he smiles and graciously gives you a gift, as his bags of tricks might backfire in your face.

Thor (Complexity: 3/6)
Thor's attacks sizzle with energy, pushing the God of Thunder to new levels of power, penetrating all manners of defense. When he grasps the handle of Mjölnir, his legendary companion, he can call forth the lightning from the storm to bring low all his enemies.

This game can be played on its own or combined with other Dice Throne sets.