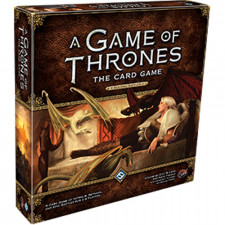 Critical Hits: Easy to learn, but lots of depth for replay, different strategies based on number of players and deck, Game of Thrones themed
Critical Misses: Need to have a familiarity with deck building card games

Game of Thrones Living Card Game (2nd edition) transports you to the far away world of the Seven Kingdoms to the time of the great Houses of Westeros. In this deck building card game, you can choose to be the beloved Starks, perhaps the manipulative House Lannister of Casterly Rock, or take your chances with one of the other great Houses. To succeed, you must form allies, attack your enemies, and gain power over the other Houses to lead yourself to victory, and take your rightful claim to the Iron Throne. 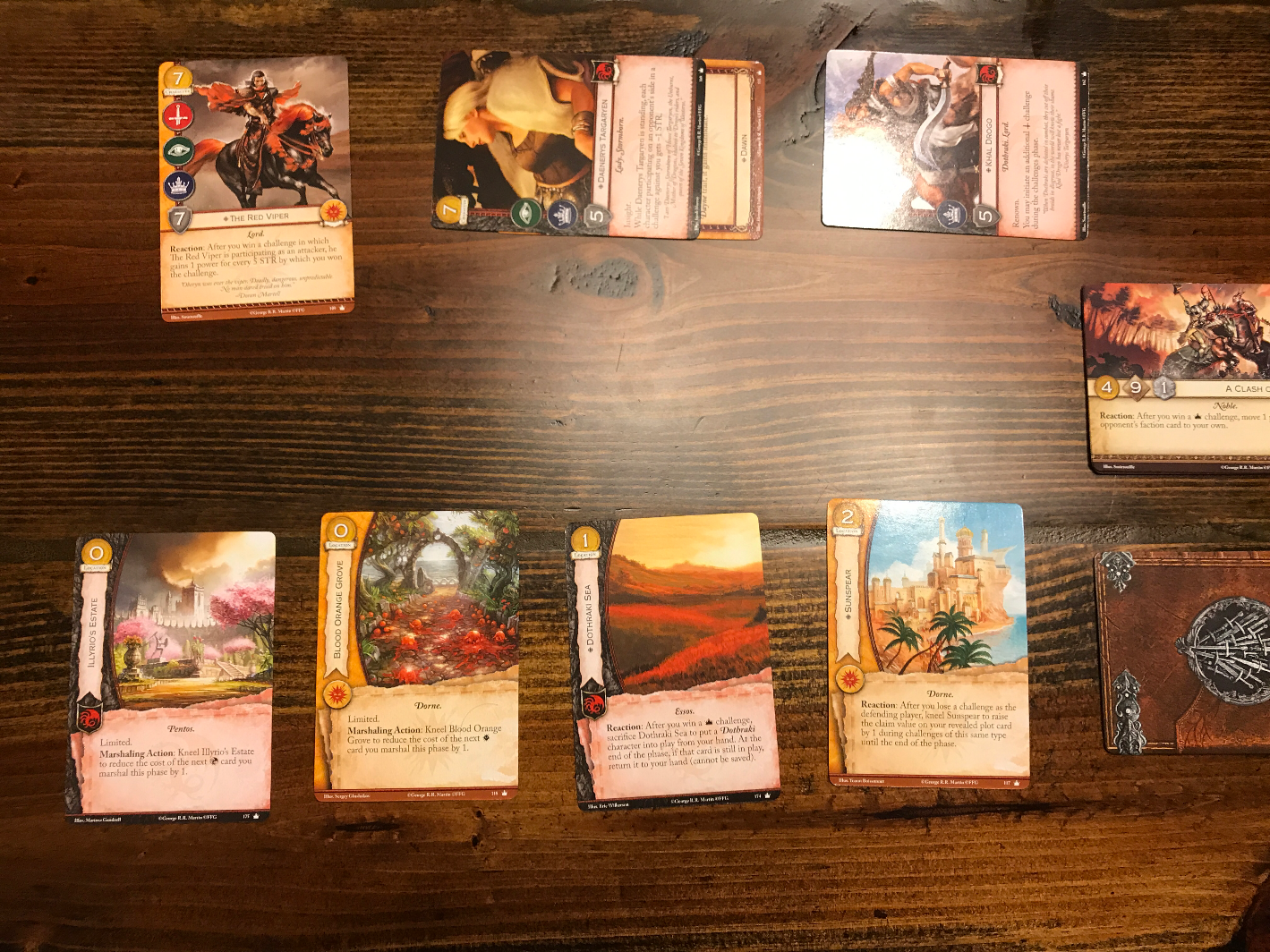 Once a character/card is used it is kneeled until the end of the round. Thus, making it unusable until the â€œstandingâ€ phase.

To get started, I would recommend playing with one of the predesigned decks. On the first play through you will learn the true power of each of the cards, and the variety that you will want in your deck going forward. The gameâ€™s manual does give you ideas on how to make a deck using the cards given based on what House you want to play with. For a two-player game, there is a tutorial game with two pre-built decks. Overall, the rules are relatively easy to understand, based on other LCGs that may have a more complex theme/jargon.

The players start the game out by picking a House and building their deck, either by following the rulebooks suggestion or customizing it themselves. Like any other LCG, you must follow the rules in place on how to build a deck. This is where the depth of replay comes into play. Once you start customizing a deck, the possibilities are vast. Not to mention the fact that this is only the core set. There are many other expansions available, both smaller chapter packs and larger deluxe expansions, and even more being released still. Which this is quite impressive for a game released three years ago. 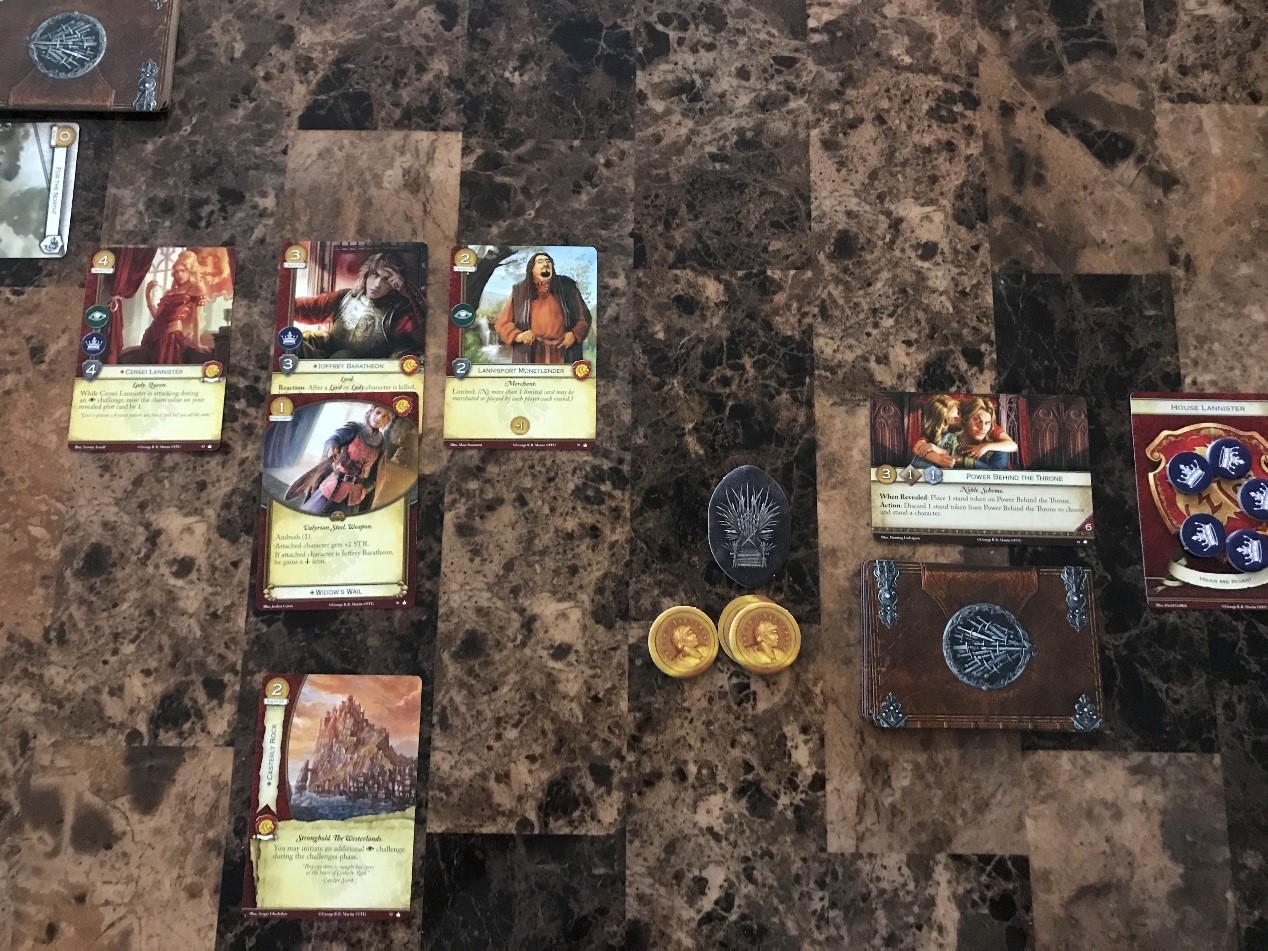 Each player has two decks: a normal draw deck and a plot deck. There are a few different types of cards in a playerâ€™s draw deck: character cards, which players should be familiar with if theyâ€™re fans of the book or T.V. series, locations, events, and attachments. The plot deck is used to change strategies each round and play a vital part in winning or losing the game. These cards are not randomly drawn, but selected by the player in the first phase of each round. If playing with three or four players, title cards are also introduced which help the game move along more smoothly when adding players, and give both advantages and disadvantages to the player, depending which title they receive. 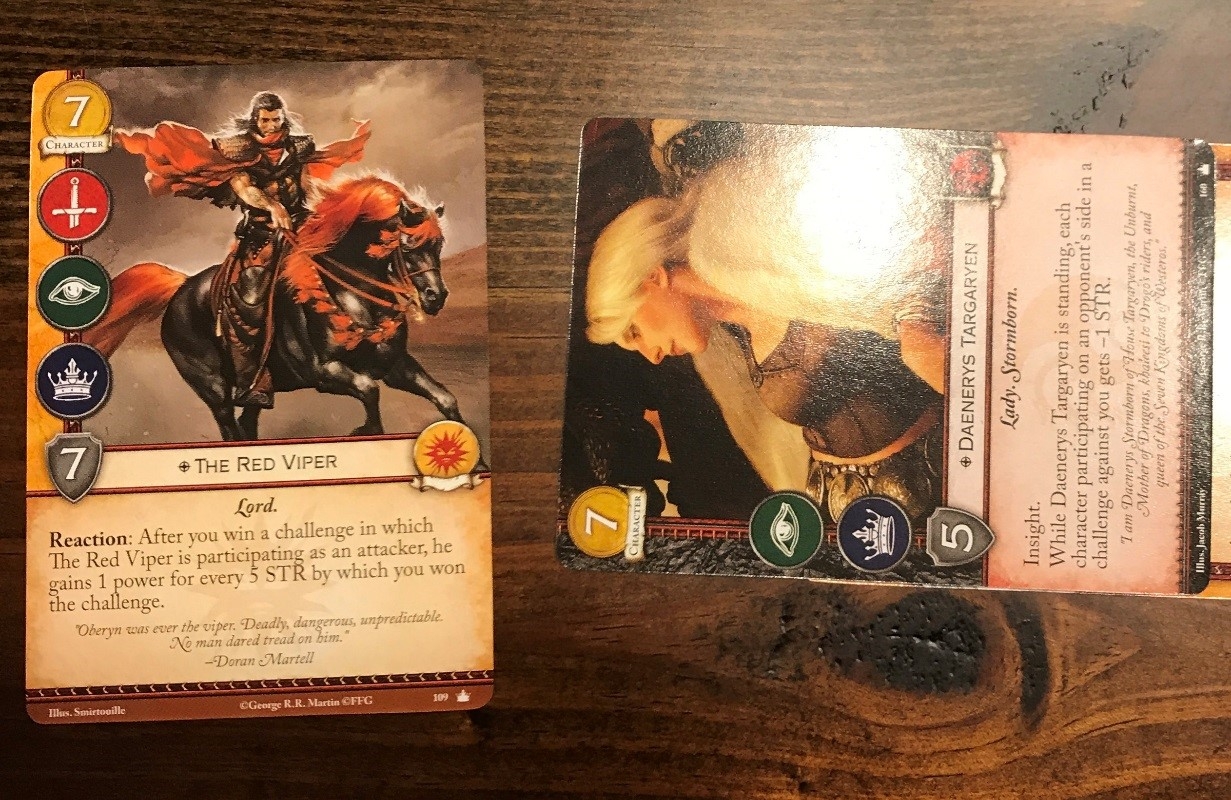 The Red Viper can attack and defend from all types of Challenges, while Daenerys Targaryen cannot with combat.

Just like the books and HBO series, this game has players using military, intrigue, or political conflicts to win their way to victory. Character cards can have three symbols attached to them: military, intrigue, and power. These symbols represent the different challenges a player can make against another player. Character cards also have a strength symbol, dictating how strong these challenges will be.

The game is broken down into seven phases each turn: Plot, Draw, Marshaling, Challenges, Dominance, Standing, and Taxation. Though this sounds like a lot, after the first few rounds play will move relatively quickly. The plot phase involves each player selecting a plot card from that deck and revealing them simultaneously. The plot card gives the player a certain ability that round, and also determines how much gold the player gets and who gets to decide first player. Draw is as simple as it sounds; the player just draws until she/he has seven cards in hand. Marshaling is when things start to get interesting. This is when each player plays his or her cards, paying the appropriate amount of gold (as designated on each card). After marshaling comes Challenges, the combat or diplomacy phase of the game, depending on what the player decides to play.

There are three different types of challenges as mentioned before: Power, Military, and Intrigue. Each challenge has their own unique outcomes such as killing a character or gaining a power token. Dominance is pretty simple: the player with the most character strength standing wins an extra power token. The final two phases go very quickly. Standing is just standing each used (or kneeled) character back up, and taxation requires the player to return unspent gold and any cards over their current hand limit. At the end of each round, you start again from the top.

A player wins the game by having the most power counters. This can happen by either getting to 15 tokens, or running out of cards and seeing who has the highest number of tokens. This is where the fun begins since players can get these tokens in a multitude of ways and play styles. In the games we played, the victor was often decided by an extremely narrow margin in the final round of gameplay. 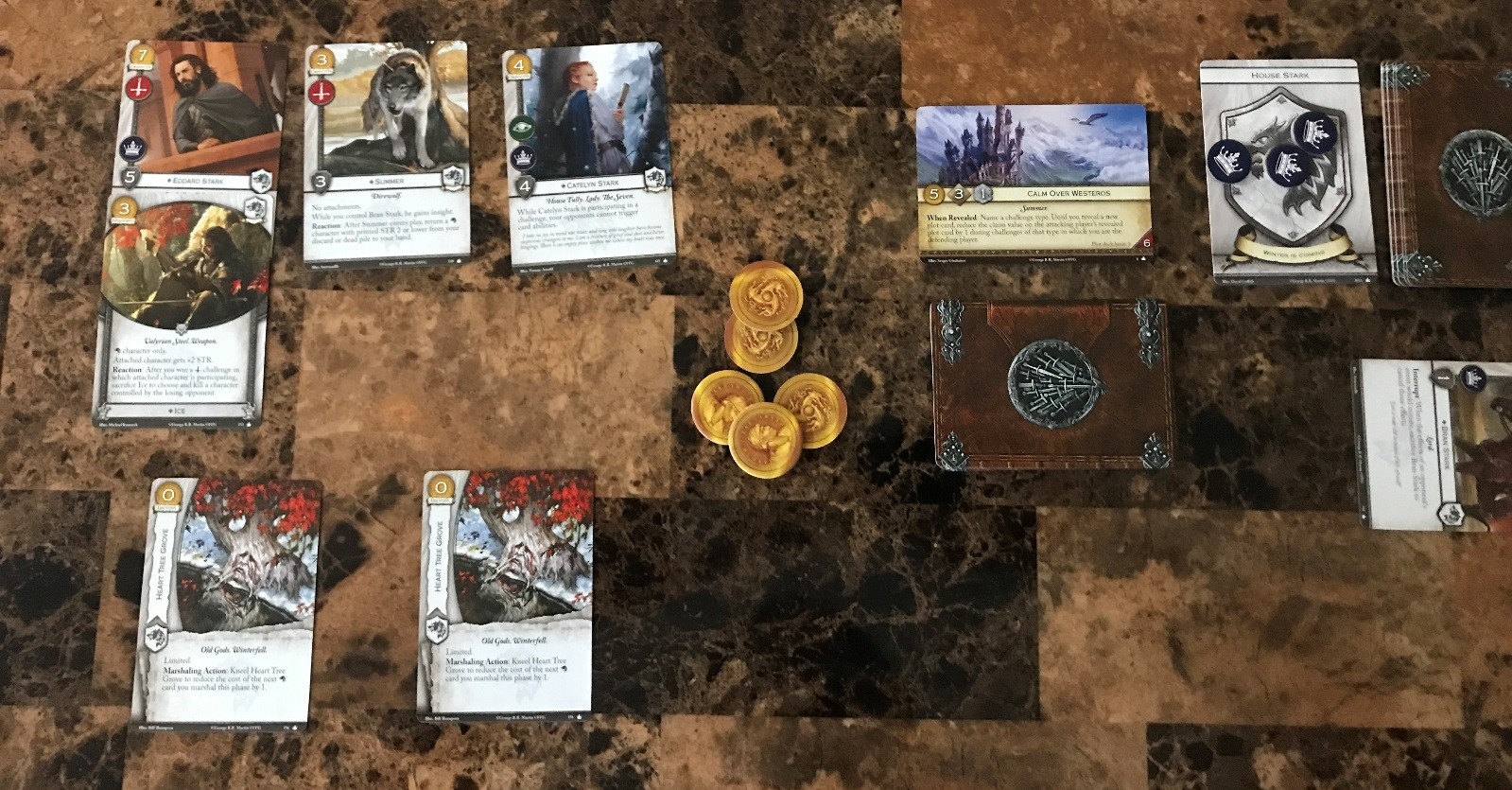 Accessory cards can be added to characters to help/hurt them. The blue tokens on the title cards represent the current power by that House.

All in all, A Game of Thrones the Card Game is a blast to play. Itâ€™s easy to learn and get into, and its multitude of strategies and play styles will keep you coming back for more again and again. Part of the fun is attempting to build the perfect deck, and hoping you can outsmart, or out maneuver, your opponents and claim the Iron Throne as your own. Many times you will win or lose by the skin of your teeth, which will fuel your fire to challenge your friends again.