Iâ€™ve owned Bohnanza for a long time; almost from the beginning of my entry into the hobby. It's a fantastic negotiation game where you yell at people to trade beans with you like your life depends on it. By swapping out the right beans at the right time and harvesting your fields, whoever has the most points at the end of three rounds wins. Bohnanza: The Duel takes this exact same premise and distills it down into a fantastic 2-player bean brawl.

If you've never played Bohnanza, the most important rule to know is to not reorder your cards in your hand. Ever. Seriously. Don't move them. I know you want to, but you canâ€™t. Card order is the lynchpin of the whole game and the same one that The Duel relies on. On your turn, you must plant the first card in your hand. You may optionally plant the second. To plant, you may place the bean on any of your three fields assuming it is the same value or the next value higher without skipping. For example, you can play a 16 on top of another 16 or play an 18 on top of a 16. There are 8 "suits" of adorably illustrated battling beans: 6, 8, 10, 12, 14, 16, 18, 20. These numbers also represent the count of each. 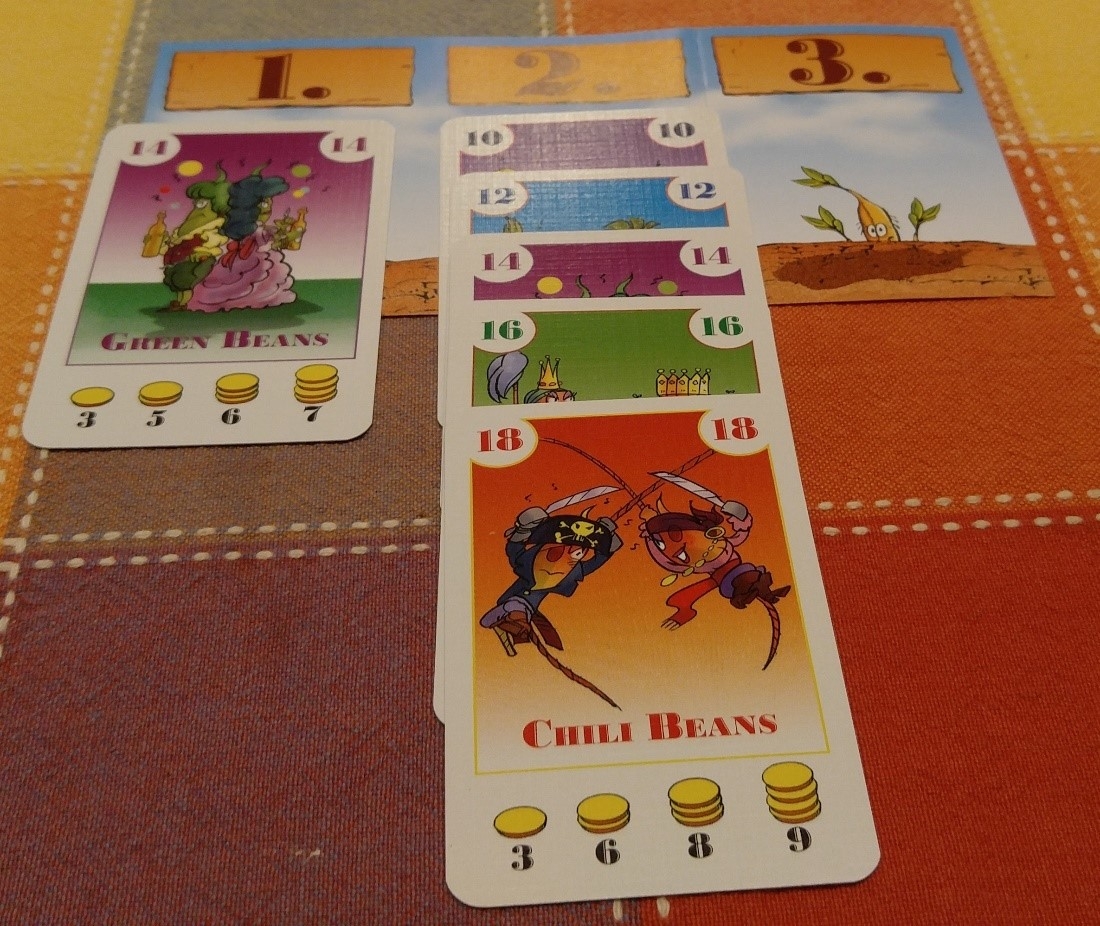 Only three fields; even Monsanto had to start somewhere.

As you can imagine, trying to line everything up without rearranging your hand sounds downright impossible. However, all your hand management comes in the form of gifting. After planting your first (and optional second) bean, you flip three cards face up from the deck. Then, you must offer your opponent a card â€“ either one that you flipped, one from your hand, or, if you want to get sneaky, one that you donâ€™t even have. You make your offer by pushing forward the corresponding card in the center row. If your opponent accepts, you give them the card. Good riddance to that obnoxious 10 that sitting in between two 20â€™s in your hand! Alternatively, your opponent can reject the offer, but must now propose a gift to you instead of any card not previously offered. This goes back and forth until someone accepts. That unappealing green bean starts to look more enticing as your options dwindle. If you donâ€™t actually have the card you offered and your opponent accepts, your penalty is to give up a point from your pile. Play it right though and you can offer your opponent a useless 6 when their fields are full of larger numbers, knowing theyâ€™ll reject it and have to offer you something instead. I relish this kind of trickery, even if it does backfire on me more times than I care to admit.

Iâ€™m going to make you an offer you canâ€™t refuse.

After gifting, you plant any beans youâ€™ve acquired. You can even discard one from the flipped three, giving you some welcomed flexibility when one deviant bean is set on ruining all your careful planning. To make room for future beans, youâ€™ll need to harvest your fields, ripping up your beans and earning points based on the topmost beanâ€™s value. For example, a fancy garden bean will net you two points for a field of two beans whereas the bargain stink bean requires you to have at three cards for one point. It might not seem worth building up your fields, knowing youâ€™re decreasing the potential harvest value, but bo(h)nus cards (see how cute theyâ€™re being with the spelling?) provide you with added incentive.

Each player receives three bonus cards that can earn you extra points. Bonus cards show a pattern that a field, either yours or an opponentâ€™s, has to match. Plan it right and you can get your first and second planting to trigger two bonus cards. Or, offer your opponent an enticing gift in a devious attempt to complete one of your bonus cards. Of course, they might be doing the same thing too. (Note: it can be easy to miss a matching pattern, but a friendly takesie-backsie easily fixes things.) Since each player can discard a bonus card at the end of each turn (your opponentâ€™s too), cycling through the cards is equally as important as manipulating the fields to match the patterns. 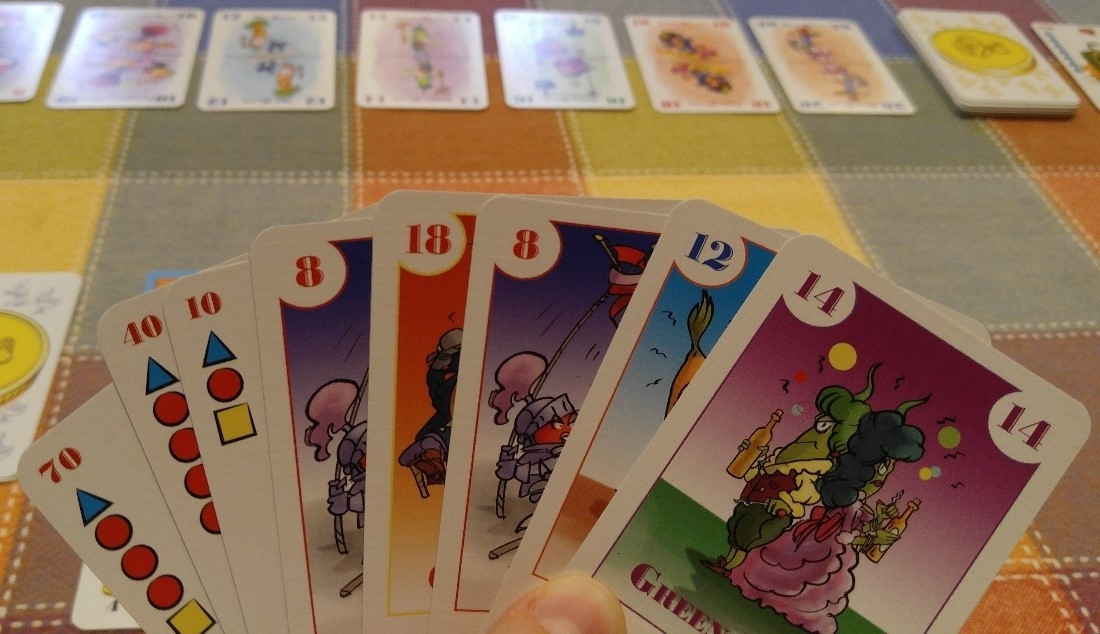 Without these bonus cards, the game would be a fairly boring Bohnanza variant. However, caring about your opponentâ€™s fields in addition to your own gives provides just the right amount of interaction that the game needs to stand on its own. The bonus cards point your beans in a direction without making you beholden to the luck of the draw. The trading works surprisingly well and makes me rethink any of my assumptions about what can or canâ€™t be done in a 2-player game. The timing of when to harvest or how to sneak in one more card for a pattern means youâ€™re always engaged. Most importantly, Bohnanza: The Duel still gives me the opportunity to yell at my opponent about giving me the right bean and I wouldnâ€™t want to play any other way.