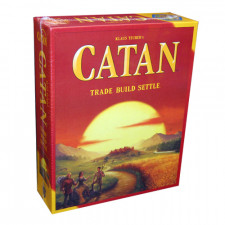 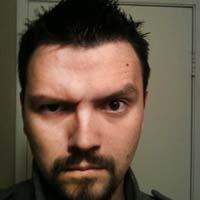 You can’t so much as whisper about board games without someone popping up out of nowhere to mention Settlers of Catan. Yesterday’s naive question, “Hey is that game like Monopoly?” has become today’s similarly ignorant, “Is this like Catan?” Perhaps more ubiquitous than any hobby game before or after its 1995 release, Catan has captured the attention of both casual groups of players and die-hard gamers of every persuasion. Its unassuming presentation and straightforward, easygoing rules lend themselves to light group and club play just as well as more serious game nights. German designer Klaus Teuber’s masterpiece has surely earned its seat at the gamer’s table.

In tabletop gaming circles, it’s probably more common today to encounter Catan’s naysayers, who often claim the game has been replaced by more accessible, shorter, less luck-based affairs emerging from the deluge of modern board games washing over us over the past decade or so. They’re ultimately both right and wrong. They’re right in that Catan has its issues on the surface: a playtime that can outstay its welcome, and dry mechanisms that can seem overly simple at first glance. It’s also surprisingly unforgiving, as new players can just get blasted by those who craftily select the best locations during startup. They’re also wrong, in that Catan really hasn’t been outpaced by any of the pretenders in what it does well: simple but deep, casual but demanding, immensely rewarding but brutally interactive gameplay. It’s a consistent, solid game that usually offers a good time to all involved.

There’s nothing special or jaw-dropping about the game’s design at first blush. The modular tiles are neat, as is the understated, non-threatening art and spartan but functional wooden bits. Clean player turns and phases walk players through the process of gathering goods from their expanding network of villages, trading with their neighbors, and slowly building out towards more opportunities for resource generation. The board play is highly confrontational compared with today’s Eurogames, as players’ roads and towns will begin mashing up against each other before too long. Some rules snags can catch new players unawares, but by and large it’s a no-nonsense package, and that’s as welcome today as it was twenty years ago.

In so many ways, Catan’s gameplay exists in the space between the players, not on the hexes in front of them. The players bringing up the rear will organically enact embargos against the successful civilizations. The sneaky ones will downplay their progression, shifting the negative attention (and the Robber’s illicit activities) to their neighbors. The bitter rivalry for the prestigious Longest Road honors may drive two players to senselessly make inefficient moves the whole game while other players plot their way to victory. Groups who play often will find metagames emerging as skilled players constantly find themselves hamstrung by unspoken alliances against their kingdoms. It is these interactions that make the game a classic, not the simple resource generation and city-building mechanisms.

Unfortunately, in the wrong group, these interactions never happen. Players who treat the game as simply the sum of its parts can tank a whole session, and they’ll probably never understand what all the fuss is about. Since the mechanisms themselves are solid, but nothing to write home about, they aren’t enough to carry the game when negotiation isn’t taking place. Rolling dice, taking some resources, and trading them for on-board advancements or points just aren’t engaging enough on their own to make the game worth playing without a little rowdy interaction.

This issue leads to the game’s second major problem: its pacing. While downtime is hardly a problem because of the simultaneous resource harvesting and lively trading, the endgame runs on for about 30 minutes too long to be enjoyable. When several players are within striking distance of the victory, trading begins to dry up as players rely more on their own engines and don’t wish to give the would-be winner that needed resource for the final VP. This flaw only serves to exacerbate the dryness of the mechanisms themselves, as the last quarter of the game becomes an exercise in rote die rolling and quietly pulling yet another unneeded resource from the supply. The design is a resounding success because of its interaction, yet it shoots itself in the foot as the finish line draws near by pulling out the very best part.

Perhaps that’s why the game finds such success as a casual experience. When players are engaged in conversation, or trying to prove a point from the last game played with the same group of Catan-loving friends, nobody’s going to notice a half-hour lull at the end of a session. Where we gamers like to maximize our player time and fret about player engagement, many are content to continue building their little cities and roads, happily making conversation and enjoying the board gaming past-time for its own sake, not for shiny bits or any intricate, detailed design nuances. And maybe we hobbyists can learn a thing or two from them.