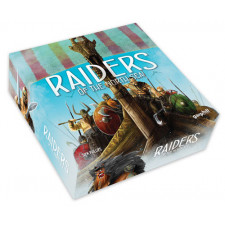 Raiders of the North Sea Review

While Shem Phillip's Raiders of the North Sea doesnâ€™t push the worker placement genre in any new or revolutionary direction, it does combine a few of the best ideas into a satisfying and cohesive package. . I love to see fresh, new ideas as much as the next gamer but great gameplay is what keeps us coming back to the table for more. Raiders of the North Sea is a notable release not because what is does is new, but because that it does much right in terms of bringing rich, engaging gameplay to your dining room table. 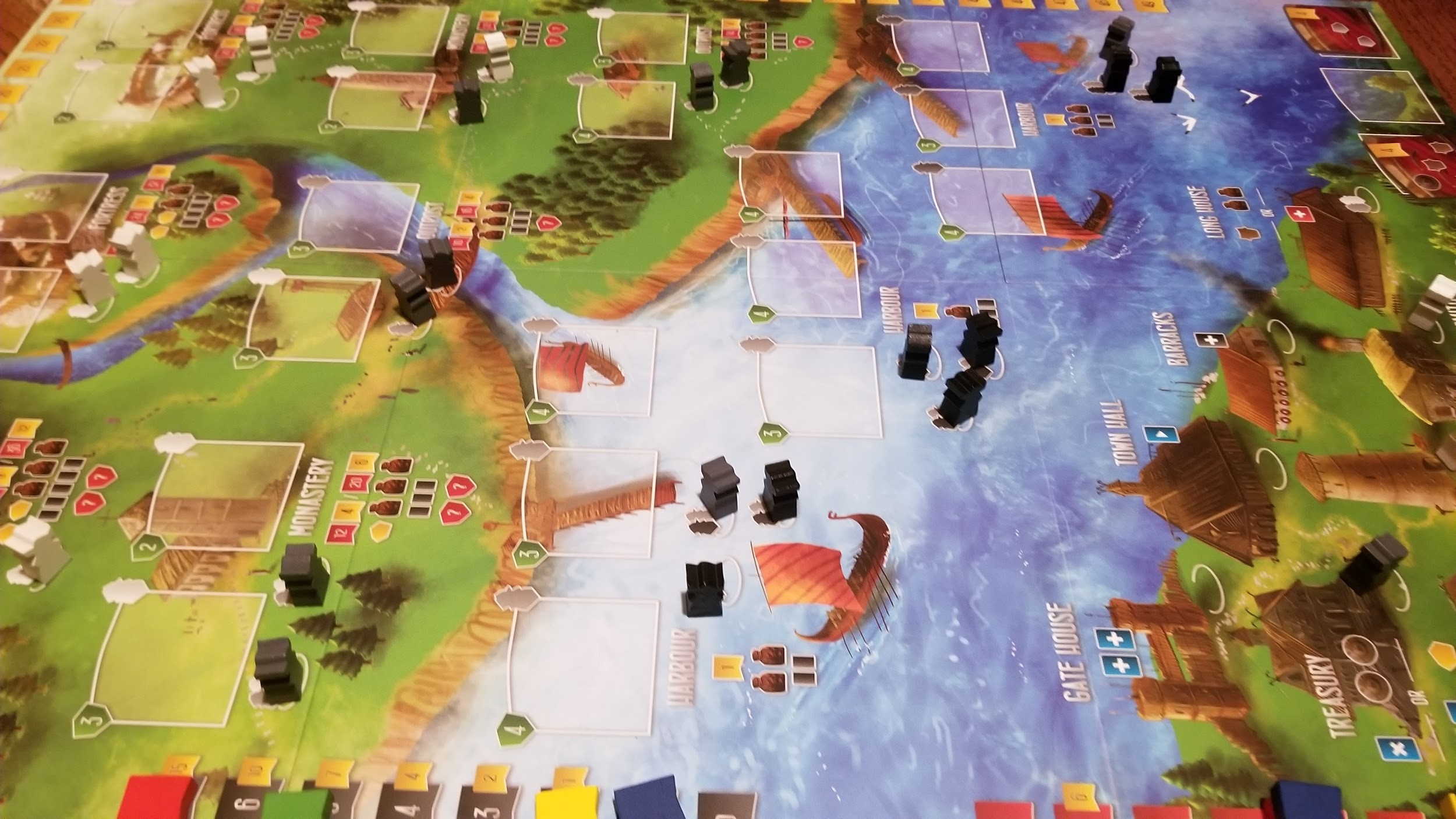 The actions are generously designed, and by this I mean that they engender a kind of emergent play, allowing players the agency to leverage the mechanics to suit their best interests and style of play. For example, when you take an action to hire a crewmember you wonâ€™t just be adding to the strength of your crew, you also gain a unique, static ability. This ability may yield bonus points for raiding a specific type of settlement or an extra provision each time you send a worker to the mill. Either way, a sense of real ownership over the game's strategic direction makes for a rewarding experience.

Also rewarding are the raiding mechanics. When raiding a space, players always gain plunder so there is always a benefit. However, players also get the opportunity to earn points. These points are allocated based upon the strength of the raiding crew and armor value plus the value of a dice roll. Sometimes a lucky roll gains the raiders a few extra victory points. Other times has enough strength and armor to gain the highest tier of victory points regardless of the roll. In either case, the game rewards your decision to take a chance on a raid.

Another aspect of the game that is possibly more forgiving than expected is how the core worker placement mechanic functions. When you place a worker, you also remove one. This means that blocking isn't as impactful. The effect is that a player's ideal order of actions may need to be rerouted or reordered, but rarely do you ever feel completely cut out of a critical action.

In a game with more limited options, the softer blocking might not work and prove to be ineffective in halting a focused, winning strategy. But in this design, the mulitple paths to victory are well balanced, viable and all are engaging. Do you take your time building a strong force for a late-game surge raiding the powerful fortresses, or do you stock your crew with cheap assets that youâ€™ll sacrifice in combat to move up the valkyrie track? These are fun decisions that encourage subsequent plays to experiment with the different ways to win.

The road to winning a game of Raiders of the North Sea plays out with a strong narrative arc.. Building from a more open-ended, fairly frictionless initial stage, players hire crewmembers and collect provisions necessary for raiding, setting the stage for future raids. Once the first raid takes place the tension ramps up quickly. Strategies begin to solidify as the limited number of settlements are quickly wiped from the board. When only a few settlements remain, the transition to the endgame is frantic, as players rush to complete scoring tracks and convert their plunder to victory points.

Players will need to ride the wave of the game's pace, and make sure they arenâ€™t getting too far ahead or behind the action. If you transition to the middle or late game too quickly, and risk losing momentum in the late game, as you can be caught with all your plunder converted to gold, while there are still profitable spots to raid. Move too slowly and you might wind up with a strong crew unable to effectively raid anything. Or, you might have plenty of plunder but fewer victory points than other players.

Although most fans of Eurogames will appreciate much on display in this design, there are a couple elements of luck that can feel swingy. While mitigatable, the raiding dice roll is one example. Another example is the â€œheroâ€ crewmember cards. These are essentially rare crewmember cards, which are significantly stronger than the rest. Players who take more card drawing actions during the game will be more likely to one but of course there is no guarantee. .That said, Iâ€™ve won many games without getting lucky enough to draw one of these advantageous cards.

There are also some very minimal take-that mechanics that some players may not like, and new players may have a little difficulty in understanding how to manipulate collected resources into victory points during their first play. But these arenâ€™t knocks against the game as much as they are gameplay factors that players should be aware of. to be aware of. Raiders of the North Sea is just a fun game and as mechanically solid as they come. Sure, the game play may feel a little familiar to the seasoned gamer. But I ask you -- when that feeling reminds you of why you got into board gaming in the first place, is it really a bad thing?