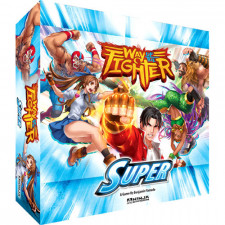 Way of the Fighter: Super Review

Early on I reviewed Clash of Cultures, a board game endeavoring to capture the essence, if not details, of widely popular civilization building video games. I argued then that, while a very good board game that captures some of the genreâ€™s highlights, it nonetheless failed to handle all of the minutiae that the computer effortlessly manages for you during epic sessions of â€œjust one more turnâ€¦â€ If you want everything a civ builder has to offer, youâ€™re simply better off sticking with the computer.

Way of the Fighter holds a comparable position in a different category. This analog design from combat game veterans Soda Pop Miniatures attempts to recreate the fast and furious martial arts mayhem of popular 1990â€™s arcade classics like Mortal Kombat, Fatal Fury/King of Fighters and the granddaddy of them all, Street Fighter. Two players, or four in a team match, grab a unique fighter and face off. The standees and artwork do more than evoke popular characters like Raiden, Johnny Cage, Chun Li and Ryu. They look as if theyâ€™ve popped right out of the screen. The segmented tournament board handles positioning and movement while also providing a life track of twelve varying dice for each fighter. As you take damage, you remove cubes and add them to your pools. So the weaker you get, you theoretically muster more powerful potential in desperation. But remove your twelfth one and itâ€™s, â€œFinish him!â€ 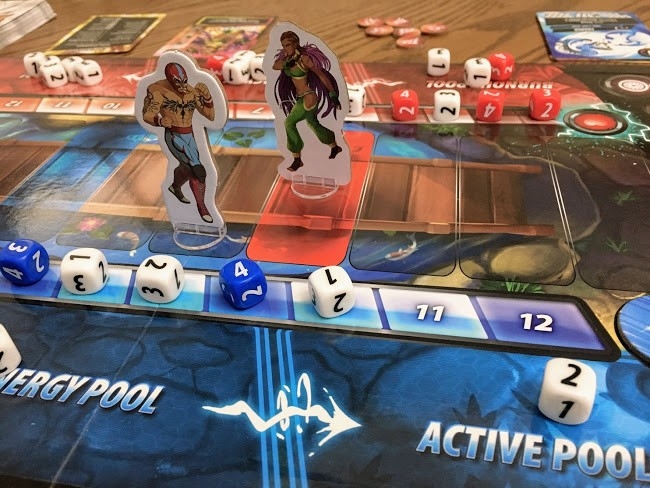 Action is card driven and each fighter has their own specific fourteen card deck to which youâ€™ll add a number of technique packs, based on your fighterâ€™s skills and styles until you have forty-six in total. The deck-building is rather cumbersome until youâ€™re familiar with the game and its cards, more so if you donâ€™t keep things organized after each session. On the other hand, it allows for a tremendous amount of variability, versatility and sweet throat-punching, face-kicking combos that would look totally rad....if the cardboard standees were animated. There are even blasts and projectiles some fighters can summon to shoot at opponents, which should prove pleasingly familiar to genre fans.

Way of the Fighter is one of those designs with a simple rules structure and action sequence but is rather complex thanks to its sheer variety and innumerable card interactions. It also has a hefty learning curve. But to start each round, players simply draw a card from their decks, move one or two dice from their burnout pool to their energy pool, and then any and all dice from there slide over to their active pool. After that, each has a chance to change their position or stance on the board - you can be standing, crouching or leaping. And then they choose a block or move from their hand, secretly select up to four dice from their active pool, reveal all simultaneously and toss their dice. The priority value of the cards added to the rolls determines who gets to resolve their action first.

And striking first is critical because if you manage to land any damage on your opponent, they donâ€™t get to resolve their action. To rub salt in their wounds, you might be able to combo your attack with other hits and kicks, as long as you can manage a higher priority value than your previous strike between the new card and additional dice. All moves are discarded after the round, except for blocks which return to your hand.

The cards do manage to revive the dizzying moves that video game veterans pulled off in the arcade or on their consoles. Way of the Fighter eschews simple abilities, powers and lame rock-paper-scissor mechanisms common to analog versions. Instead, each block and offensive action has three grids representing that moveâ€™s effectiveness based on your position and stance relative to your opponentâ€™s. If either is out of place, youâ€™ll whiff. So maneuver, bluff, and intuition are just as influential as chaining combos and unleashing the fury.

While these techniques remain at your fingertips, everything moves more sedately. A rather calculated hand management supplants the frantic wizardry of manipulating a joystick and six buttons. The action pauses as players resolve each regimented step. While most of those phases are quick, the main billing - the throwdown that weâ€™re all here for - slows to a crawl as you determine priority and then just exactly how everything is going to go down. Even projectiles awkwardly suspend in the air between rounds if failing to hit any target, giving the defensive player ample opportunity to dodge it with their next card selection. 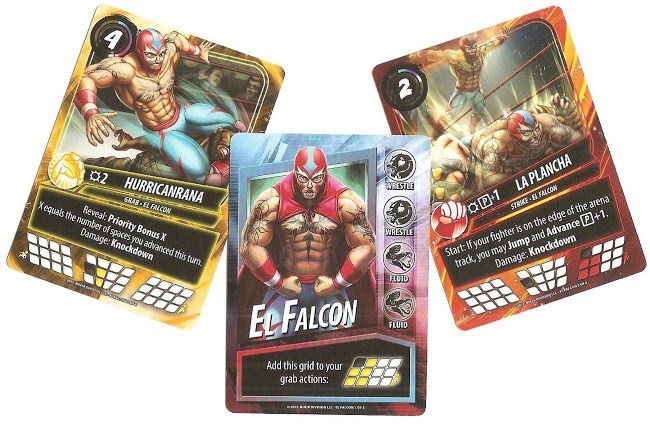 And there is where it sits. Way of the Fighter captures just about every move imaginable of the fighting video games from which itâ€™s based. And it is, without doubt, an eminently versatile board game. Yet ironically those strengths fail to recreate the arcadeâ€™s fast-paced action. Itâ€™s a decidedly more plodding experience, forcing players to analyze the amazing variety before them, calculate combinations or counter strikes, decipher cards and frequently reference the rulebookâ€™s list of thirty-six keywords, eleven icons and other rules minutiae. At least until theyâ€™ve reached the zenith of the learning curve. If youâ€™re into that sort of time investment and like to build and customize personal decks to fine tune an efficient combat engine that thrives on nuanced card play, Way of the Fighter is top notch and treats its inspiration with thematic thoroughness. If youâ€™re just looking for some quick, rough-and-tumble martial arts action, get to an arcade where the computer handles all the havoc for you.