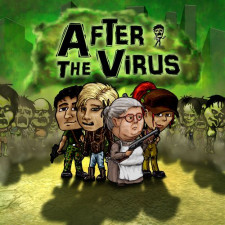 After the Virus Review

Ah, the zombie genre. Just when you think youâ€™ve dealt with the last one, another game shambles around the corner to eat your brain. Fryxgamesâ€™ After the Virus offers a tight deckbuilding experience, different than both the Ash vs. Medieval Dead carnage of Zombicide: Black Plague or the relentless real world depression of Dead of Winter, that stays true to the cooperative nature and slow-boil doom of zombie games, but wraps in less than an hour and provides more variety than youâ€™d expect in such a small package. 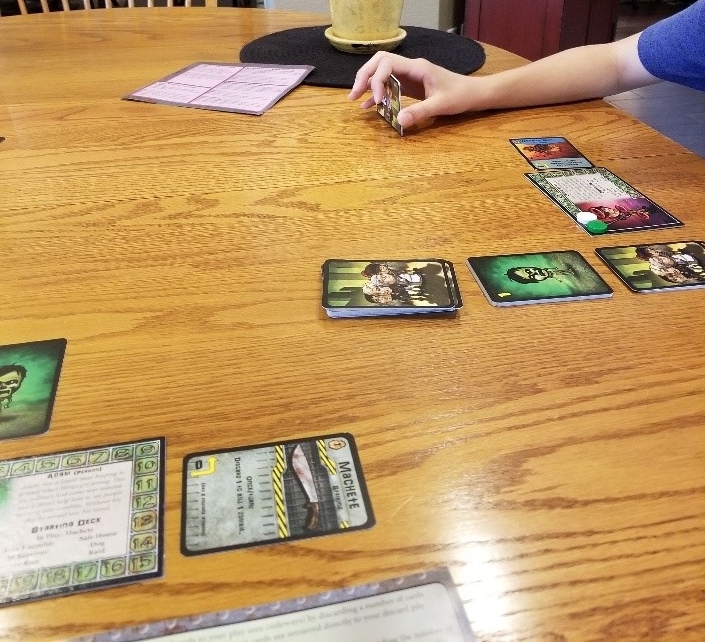 One to three players choose among the typical survival archetypes and very carefully take one of the identical card decks. My caution stems from two sources: all the decks are identical, and the rules doâ€™t list how many of each card type are in each one. So mix them up at your own peril. If I hadnâ€™t just moved and recycled my Columbian drug dealer-sized stash of game baggies, this wouldnâ€™t be an issue, but my 2018 games are surprisingly light on storage inclusions, so Iâ€™ve either got to make a trip to the grocery store or come up with an alternative solution. But enough about me, letâ€™s get back to the game.

Once each playerâ€™s tableau is set up, they draw five cards and the action starts. Any zombies drawn are placed in front of the players, and table talk begins. Card play is simultaneous, but always preceded by a hefty amount of discussion about whoâ€™s about to get bitten and what can be done about it. Players can help each other in this regard, playing cards to remove zombies completely from the game or send them to that playerâ€™s discard pile to be reshuffled and dealt with later. The playerâ€™s deck left over after starting cards and zombies are removed forms the search deck, the third pillar of all zombie narratives. Gamers with free time on their hands can scout for new items or survivors and spend more cards to bring them into their hand. This builds the deck in two beneficial ways, providing more possible zombie deterrents and also increasing the number of non-zombie cards in your deck. Since new zombies are added to it during every reshuffle, this is an important way to stay alive, but itâ€™s also not very practical in After the Virus due to the immediate threat of being bitten. 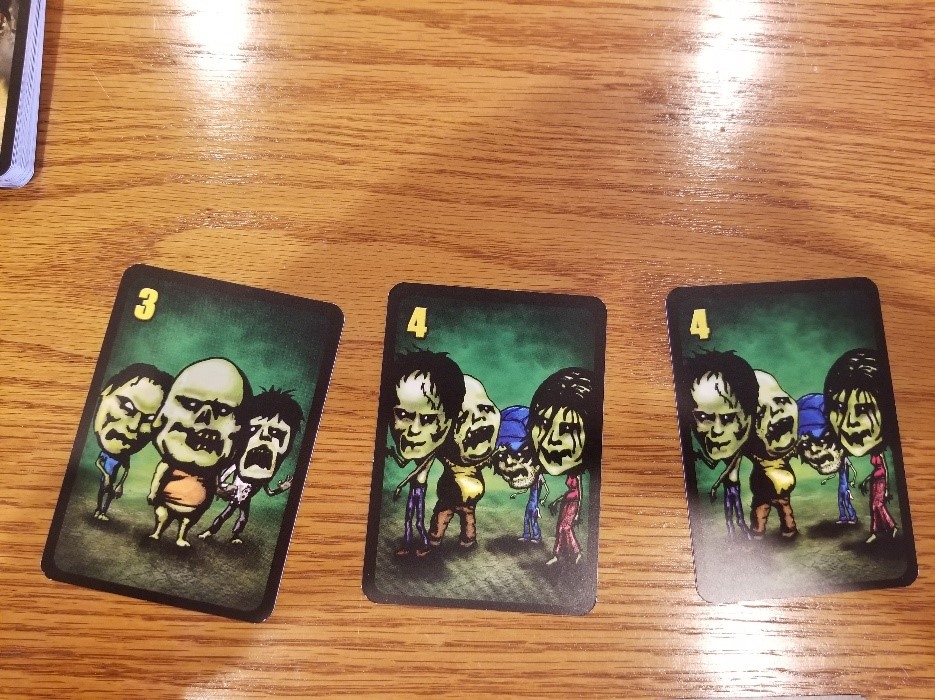 Hey Tom, itâ€™s Bob from the office down the hallâ€¦

The game wants to be a deckbuilder and does an admirable job of combining Dead of Winter-like scenario play and item searching with zombie-fighting tension, but the zombies shamble into your face early and often due to the gameâ€™s starter deck setup, and thereâ€™s not a lot of free time for roaming the area to pick up goodies. Veterans of classics like Flashpoint: Fire Rescue or Pandemic will recognize the dilemma presented by After the Virus: most play time must be spent fighting the immediate threat, be it zombies, fire or disease, and any searching takes a back seat. This game includes a wrinkle that keeps it from the same heights as those two classics, however: there are a limited number of zombies in a playerâ€™s deck, and if you can kill them all, no more show up. The rules include a ticking clock for this eventuality in the form of mandatory lost cards during each reshuffle if no more zombies can be added, but this wrinkle still results in most games of After the Virus following a similar pattern, regardless of the scenarioâ€™s goals. Focus on killing all the zombies, then do what the victory condition says needs to be done. 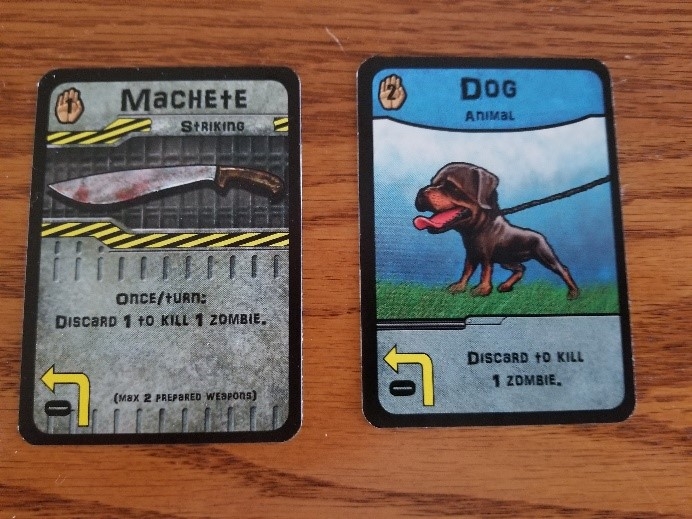 Organic or processed. Itâ€™s your call.

This can break the immersion somewhat, since the key characteristic of a zombie threat is its seemingly unending swarm, so your group will look at each other funny the first time the enemies are all eliminated, and then itâ€™s a matter of math to determine if the group can win before they run out of cards, replacing fear of cannibalism with fear of accounting.

After the Virus does fill an entertaining niche in the zombie genre, providing a quick bit of necrotic fun over lunch or in between larger zombie games, and introducing challenging card combos and teamwork to players at the lower end of its ten-plus age range. It makes good use of multiple scenarios with a single deck of cards, and players choosing to focus on the scenarioâ€™s goals and not simply kill the zombies every time will find a short, thrilling team experience thatâ€™ll tax your brains, hopefully before theyâ€™re eaten. 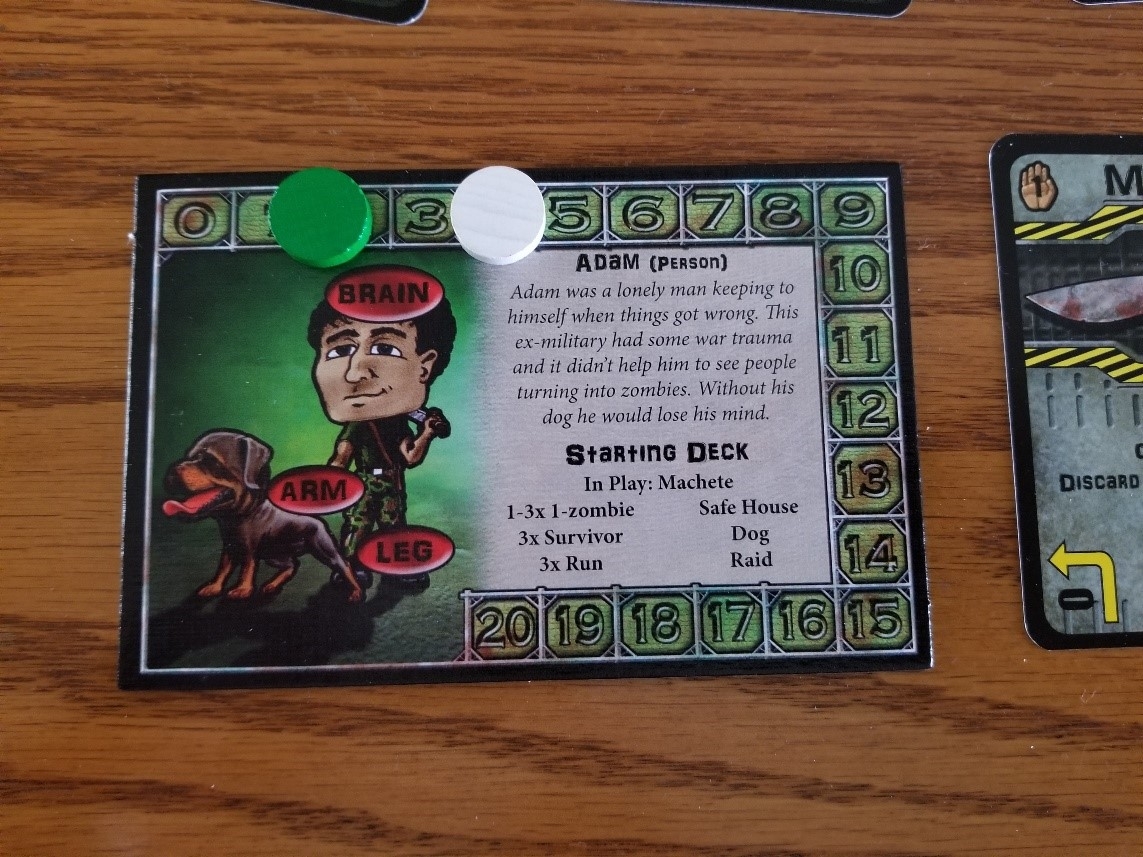 Whew. All parts intact. Now to â€“ hey, that doorâ€™s rattling. Iâ€™d better open it and find out whyâ€¦