This is the 4th part of my NYC Toy Fair photo story. Part 3 covered games by HABA and Blue Orange Games. If you missed it, you can find it here.

Ice Cool 2 is a standalone expansion of the fun, energetic game Ice Cool. The game contains new rooms and new penguins that give players the opportunity to play the game they know and love in a new setting. 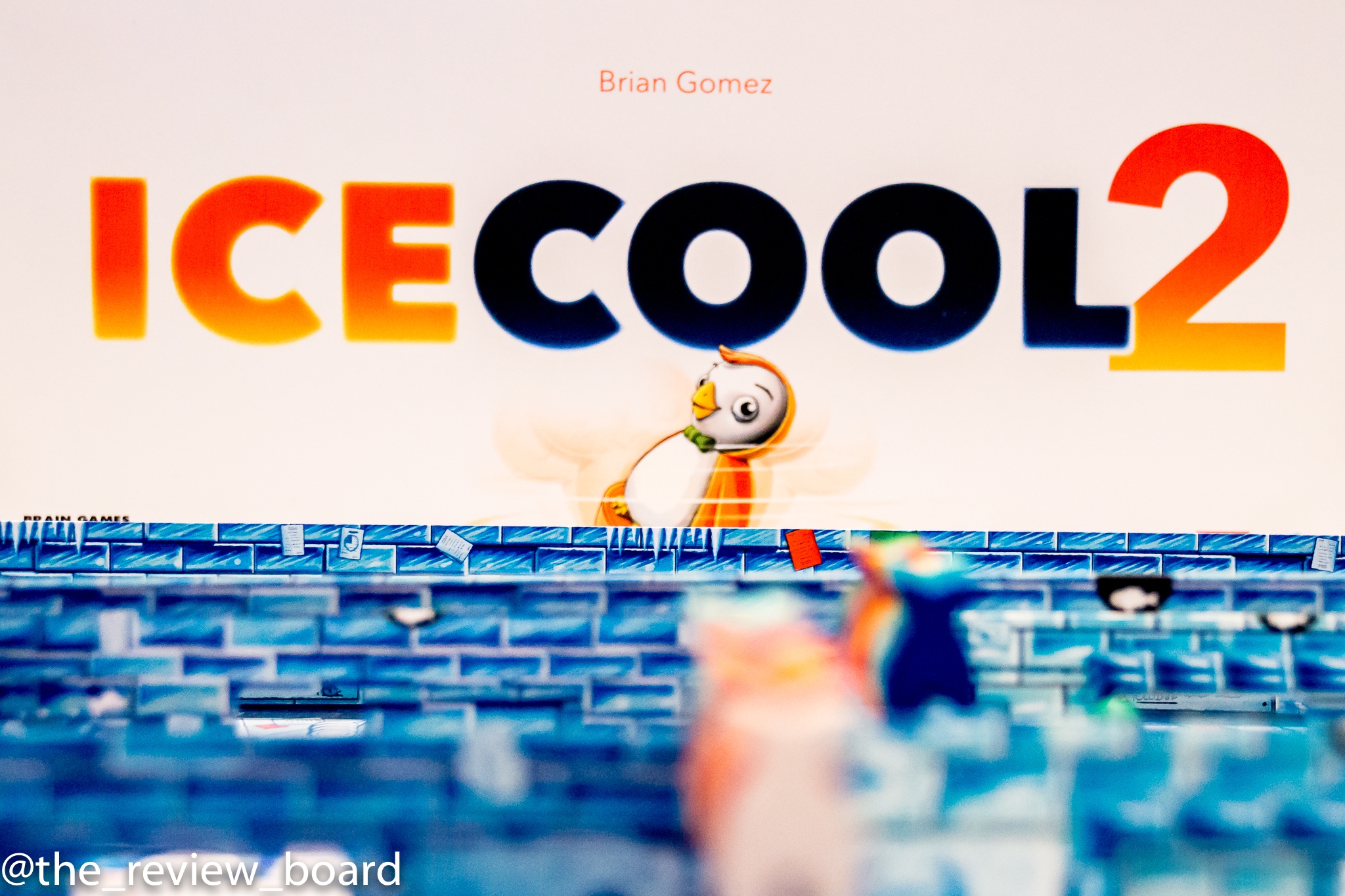 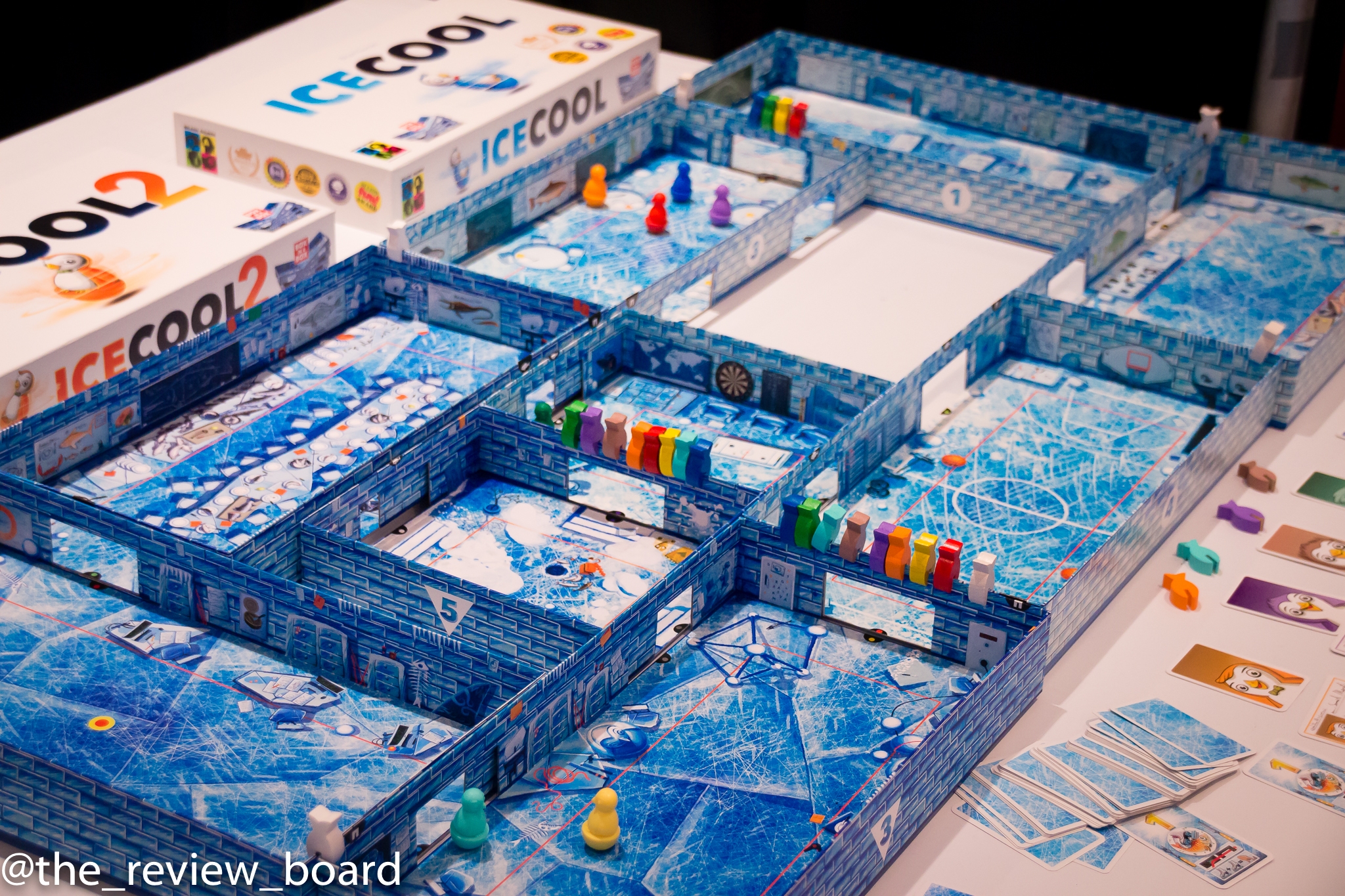 What makes Ice Cool cooler (Iâ€™ll put $5 in the bad puns jar) is that you can combine it with the original game to create multiple new layouts, play a new mode called â€œthe race,â€ and have more penguin goodness, i.e., play with up to 8 players. 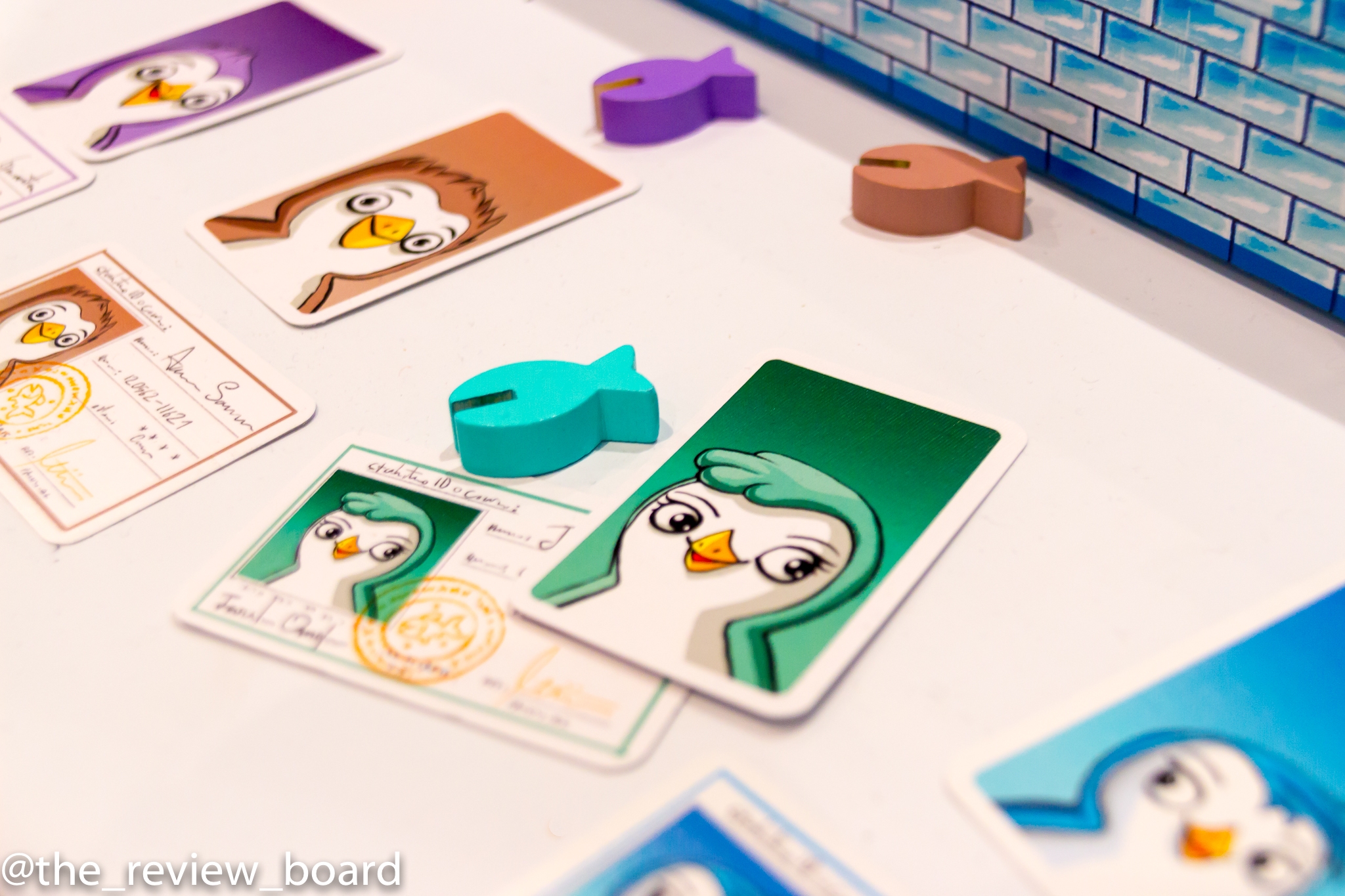 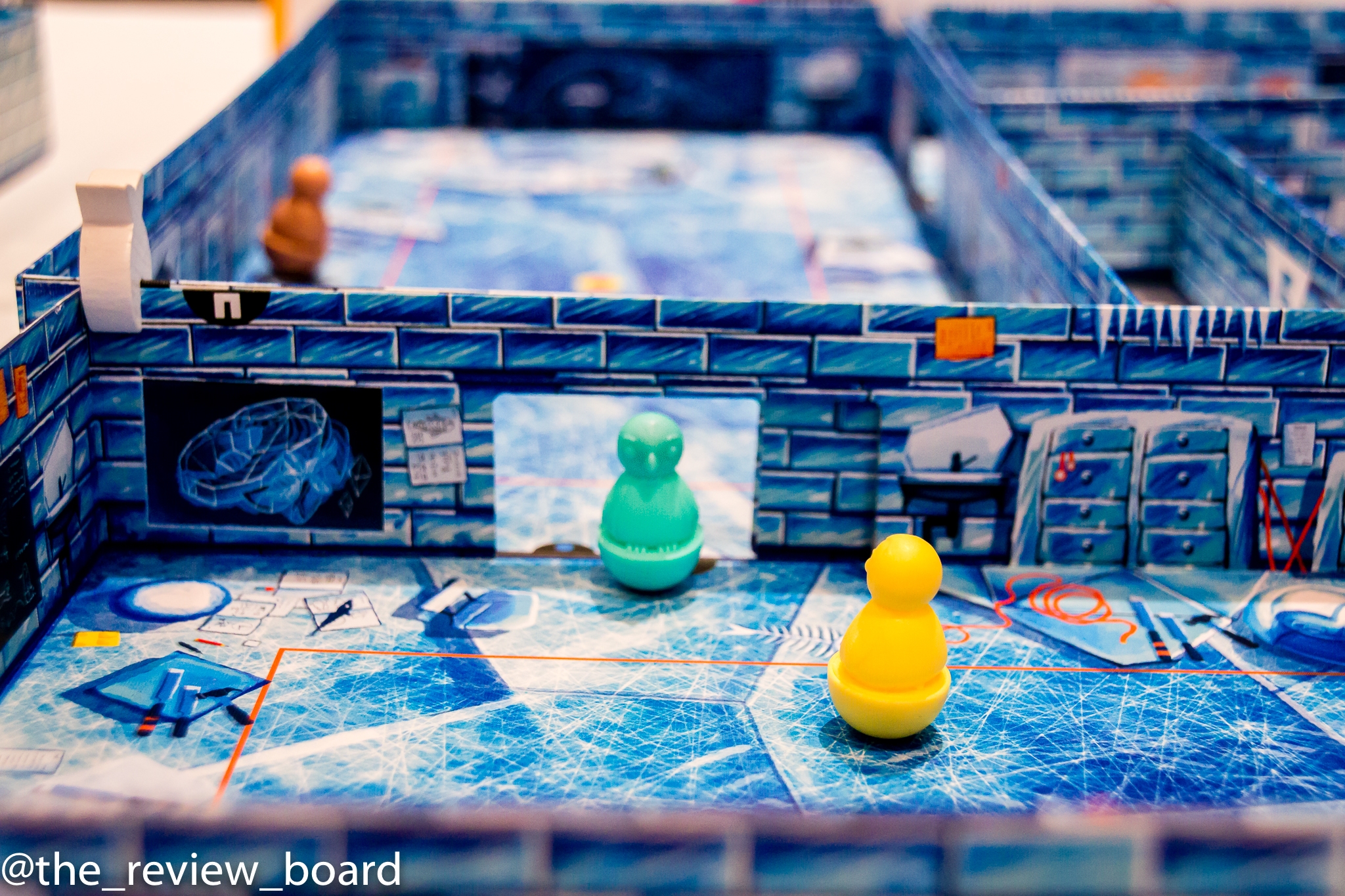 Pyramid of Pengqueen is a 2-5 player remake of the game Curse of the Mummy. 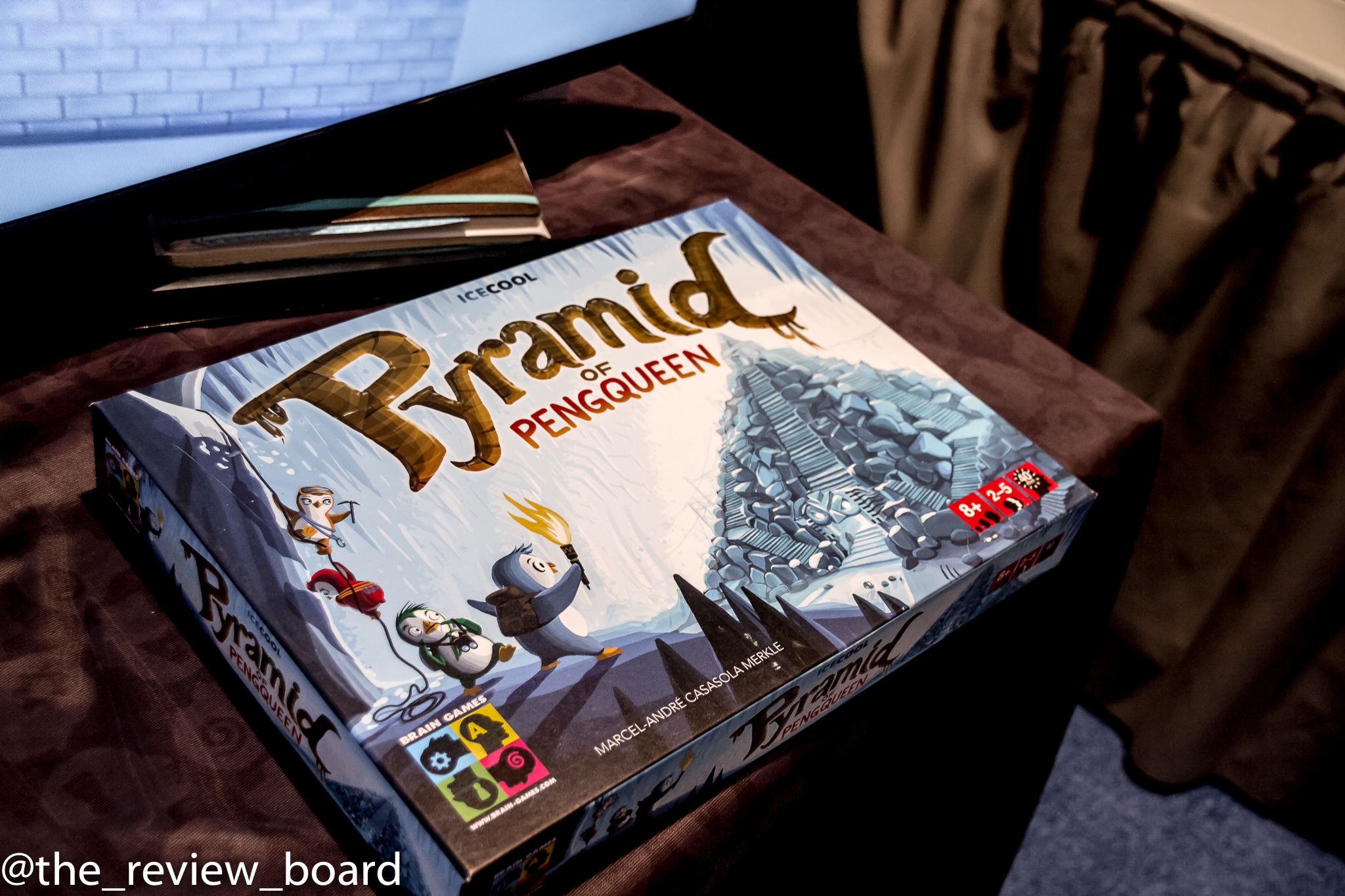 The game has asymmetrical goals; one player plays as the penguin mummy that tries to capture the penguins in the tomb, and the other players play as the penguins trying to collect as much treasure as possible from the pyramid. 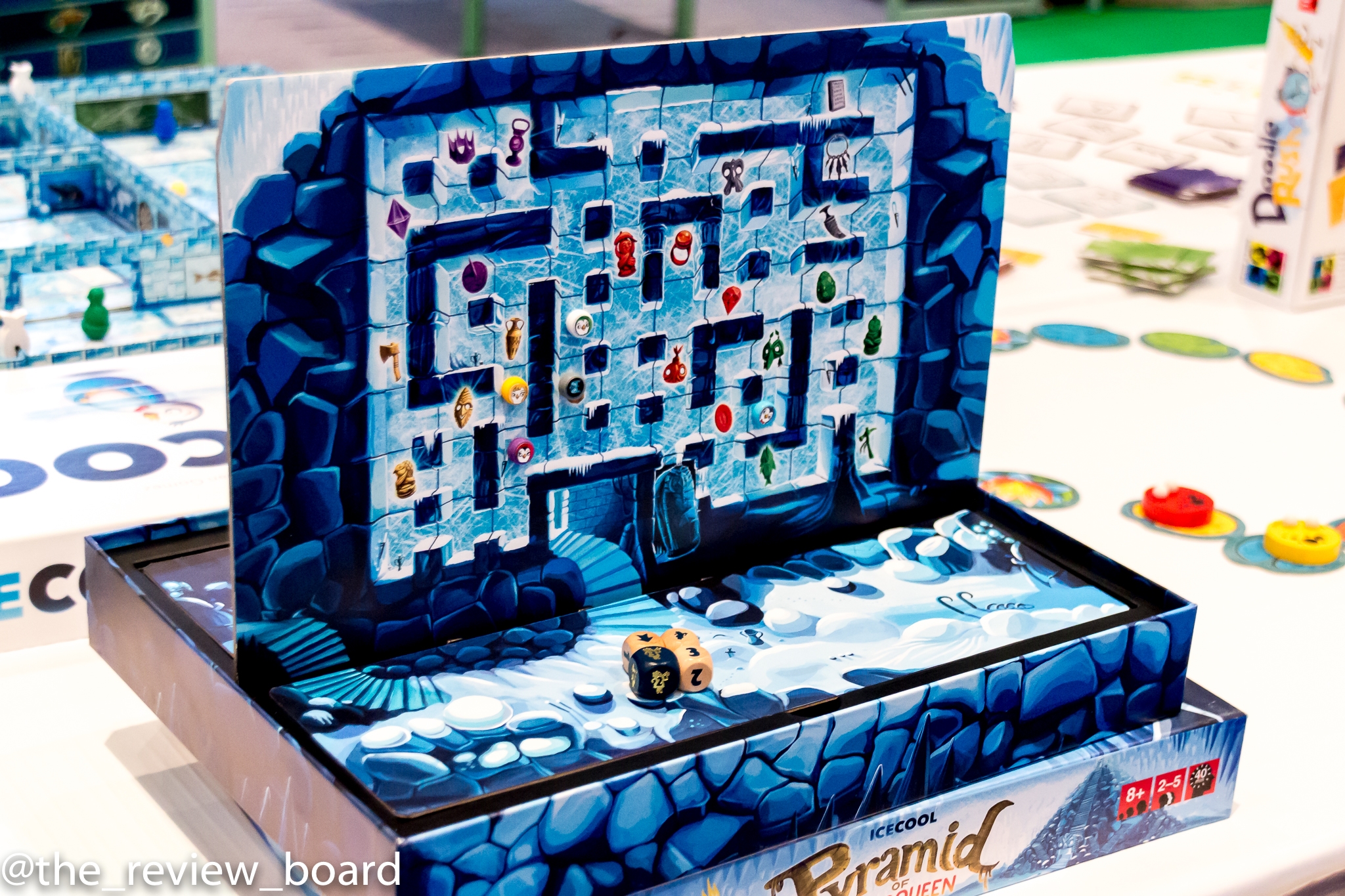 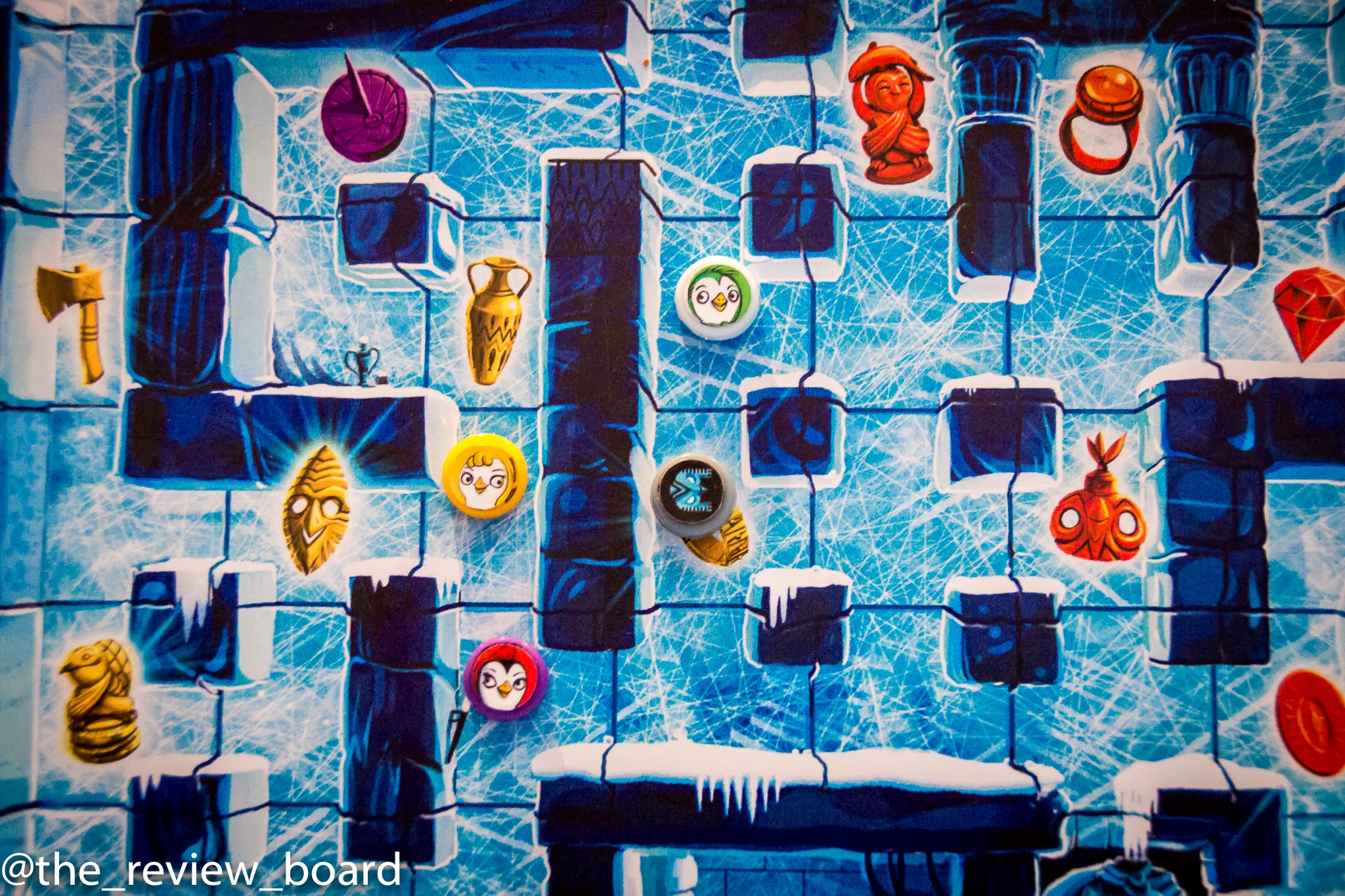 Players move using dice rolls and the mummy needs to determine their position in order to catch them. The mummy wins the game if it captures the penguins enough times, and the penguins win if they collect enough points. 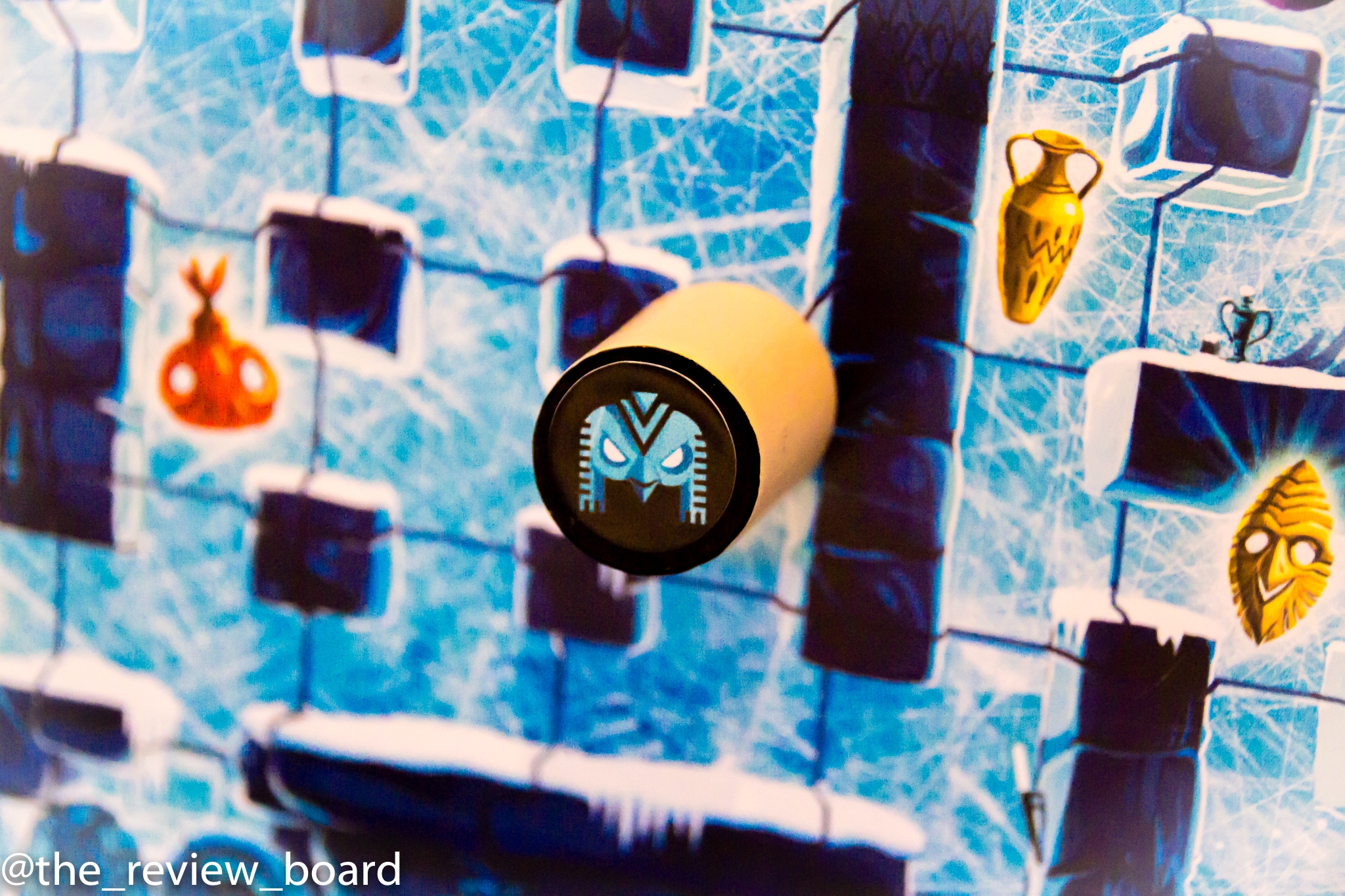 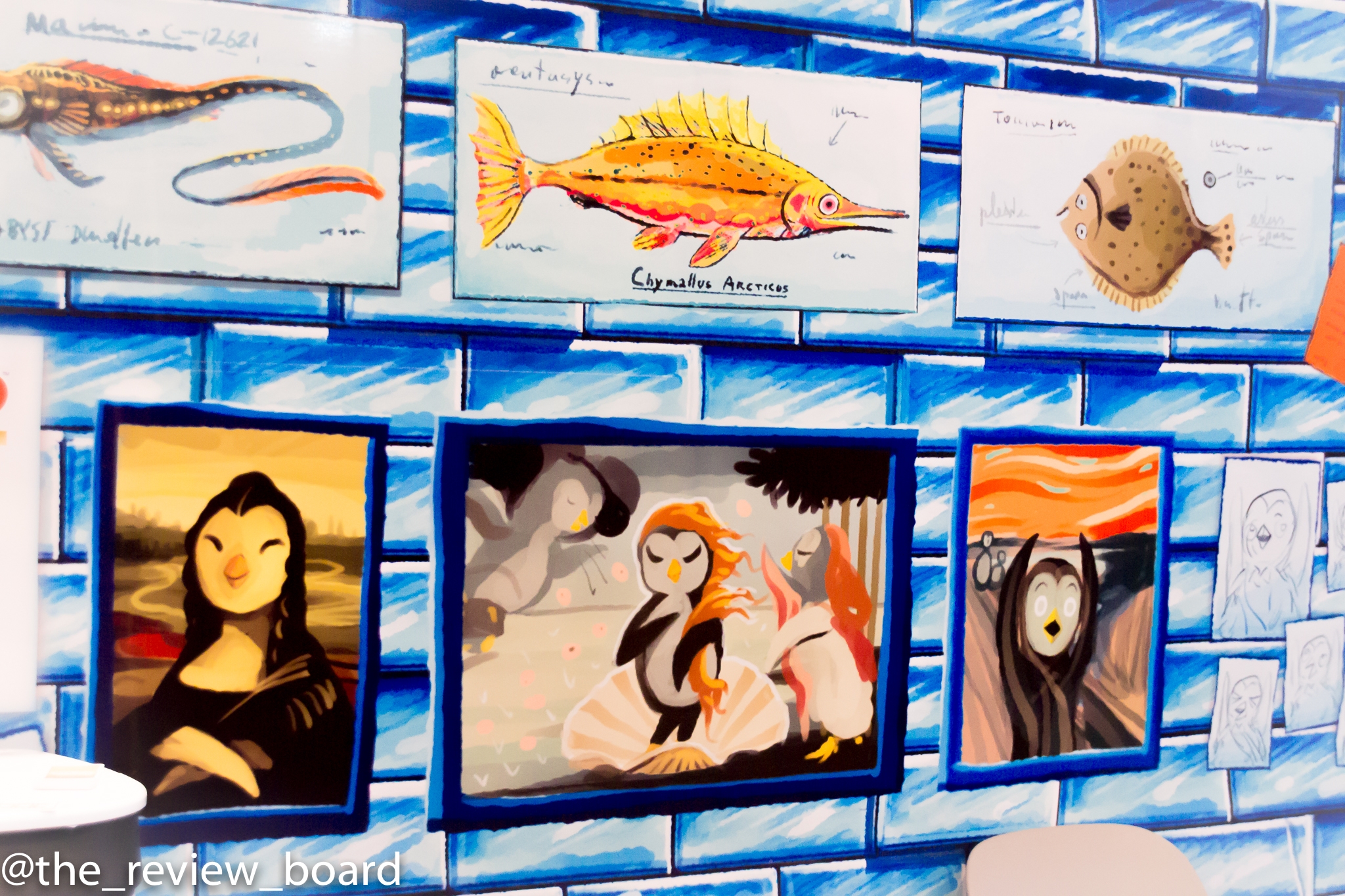 Whistle Stop Rocky Mountains Expansion is a new expansion to the successful game Whistle Stop by BÃ©zier Games. The expansion adds a new board that connects to the middle of the existing board and adds a 3D mountain terrain to the game. The mountains add hardships as well as lucrative rewards for the brave players who cross them successfully; they give players more opportunities to score fame points as they come up with new strategies. In addition to the board, the expansion contains new tiles that improve the replayability of the game. 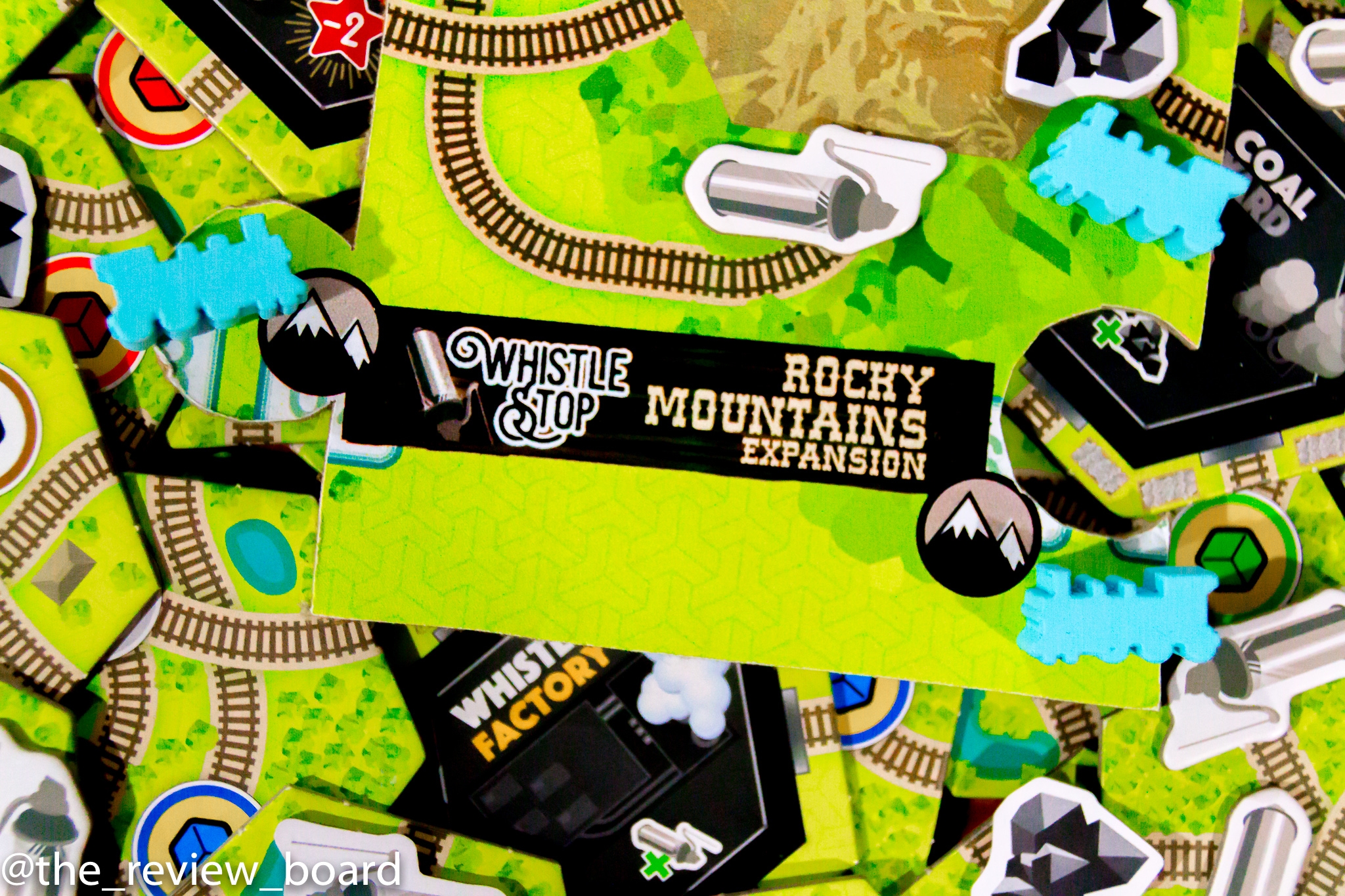 Werebeasts is a 3-6 player set collection game, in which players play as collectors of Werebeasts. Players are equipped with cans of delicious werechow and can use them to bid for the werebeasts they need. 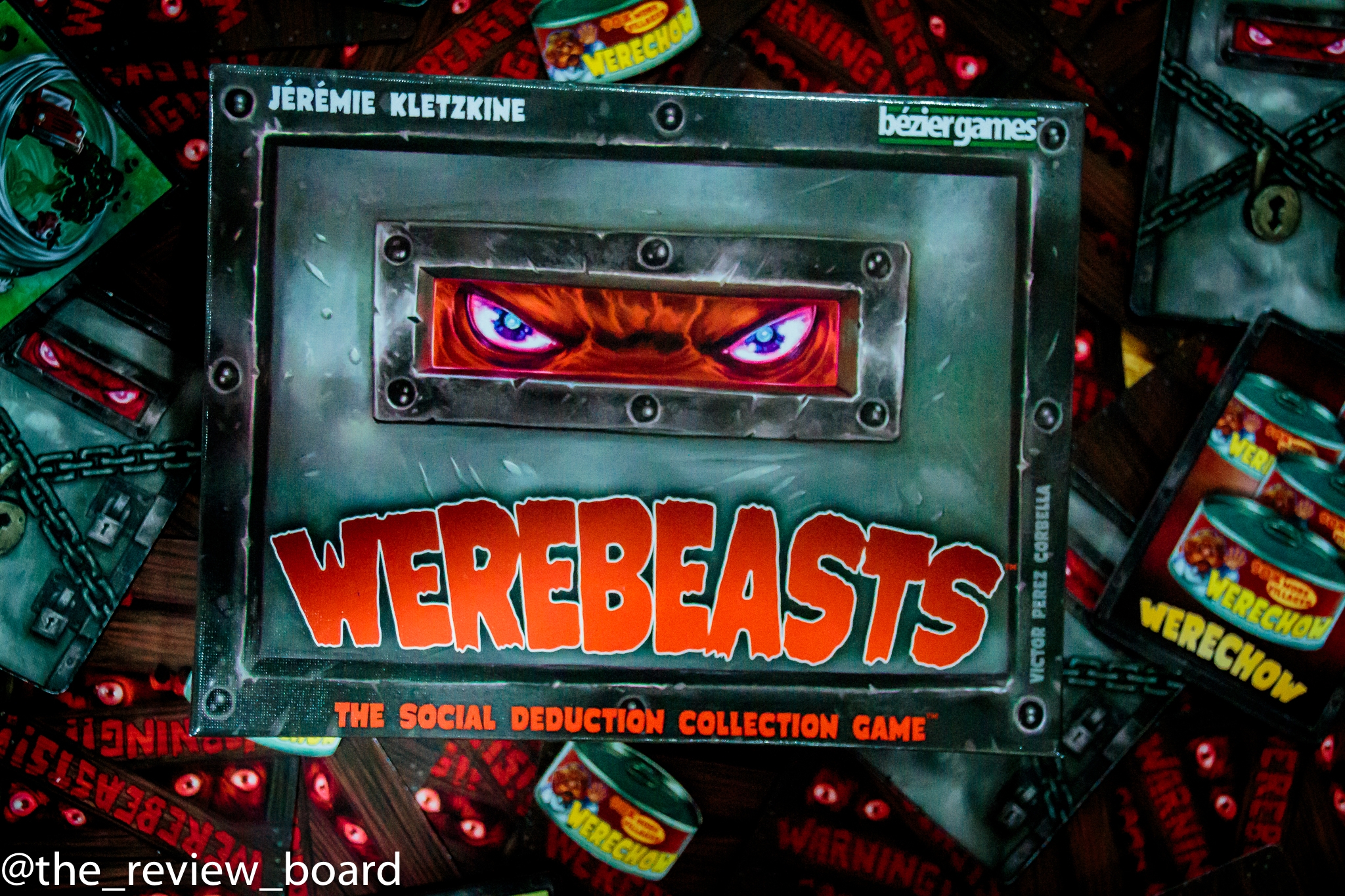 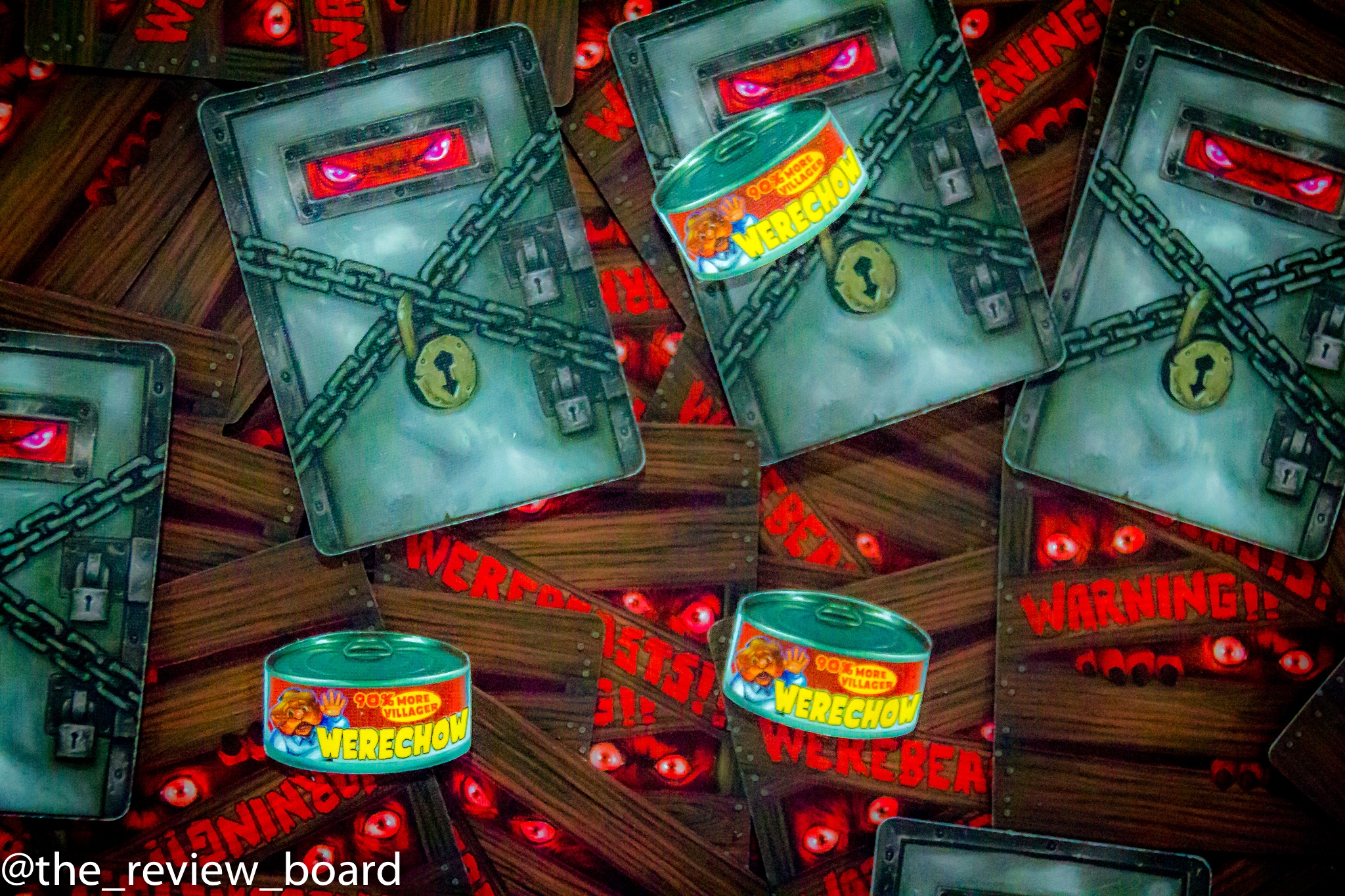 Each player can also bid on creatures they donâ€™t need in order to throw their opponents off track, because if the opponents guess your beast, you might find yourself out of the round. 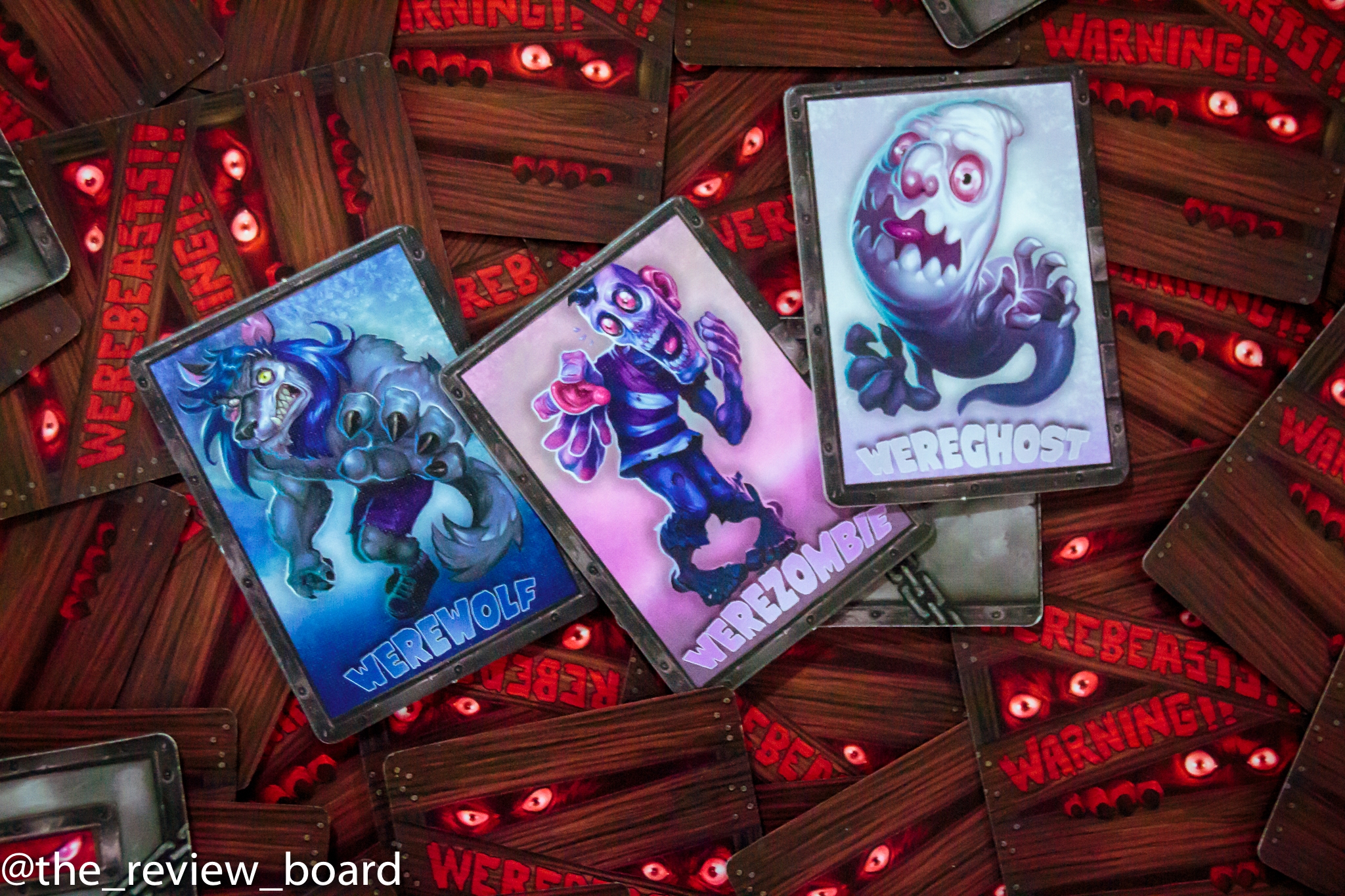 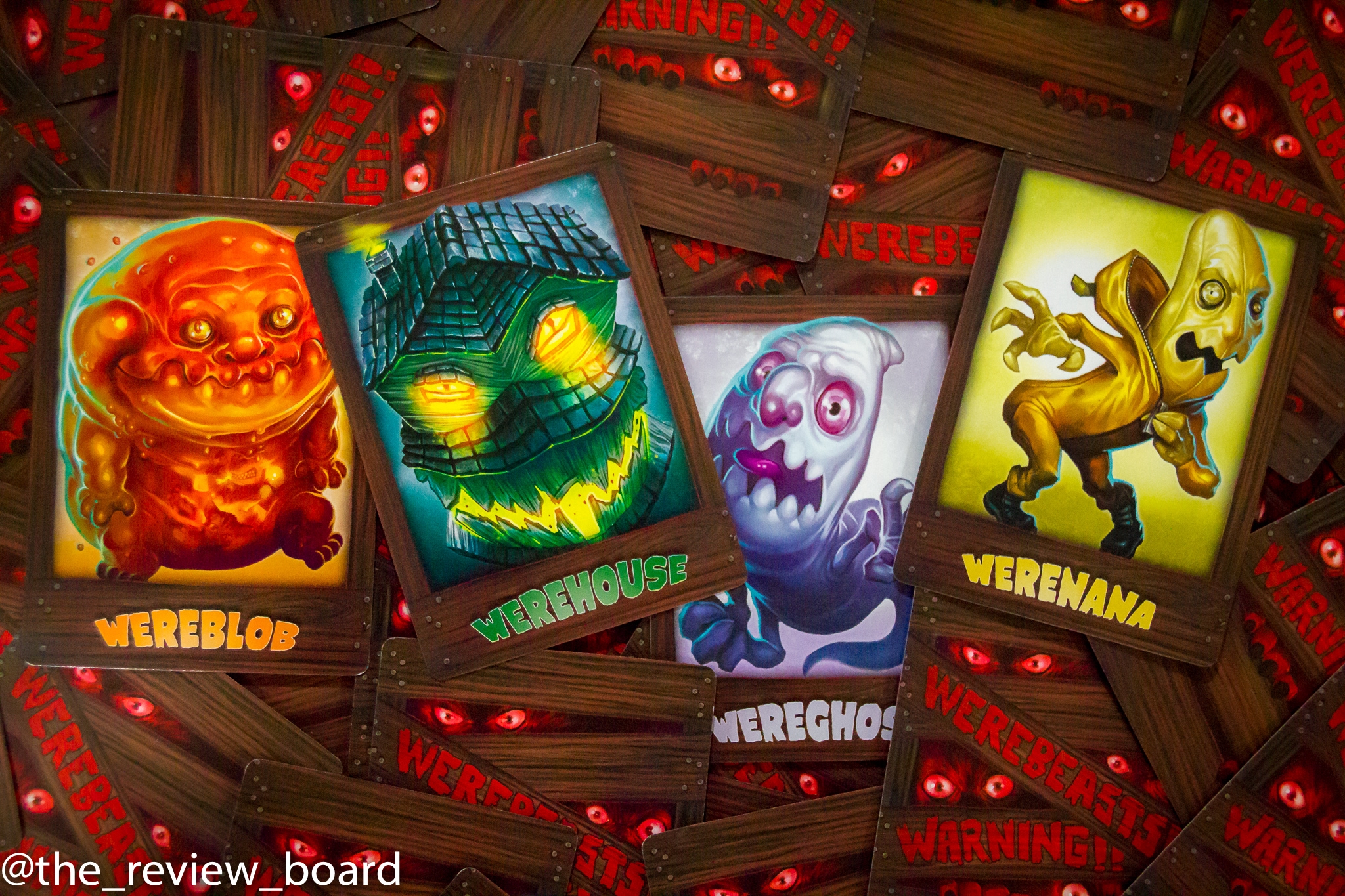 Werewords Deluxe Edition is a 2-20 player word guessing game that is currently on Kickstarter. 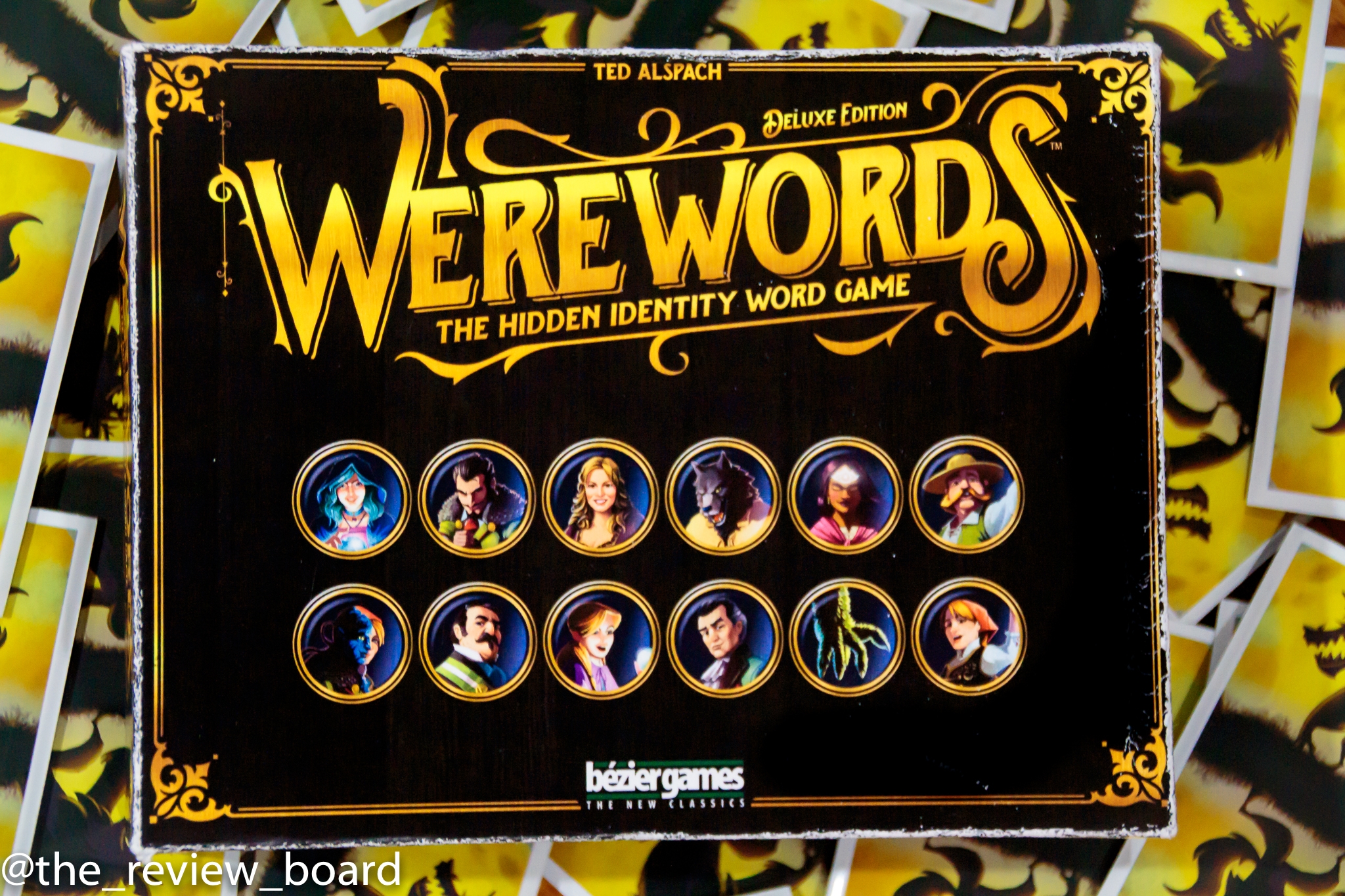 In both Werewords and Werewords Deluxe, players guess a word by asking yes or no questions in an attempt to figure out a secret word before their time is up. If the players guess the word they win the game, but some players play as the werewolf and work against the rest of the group. 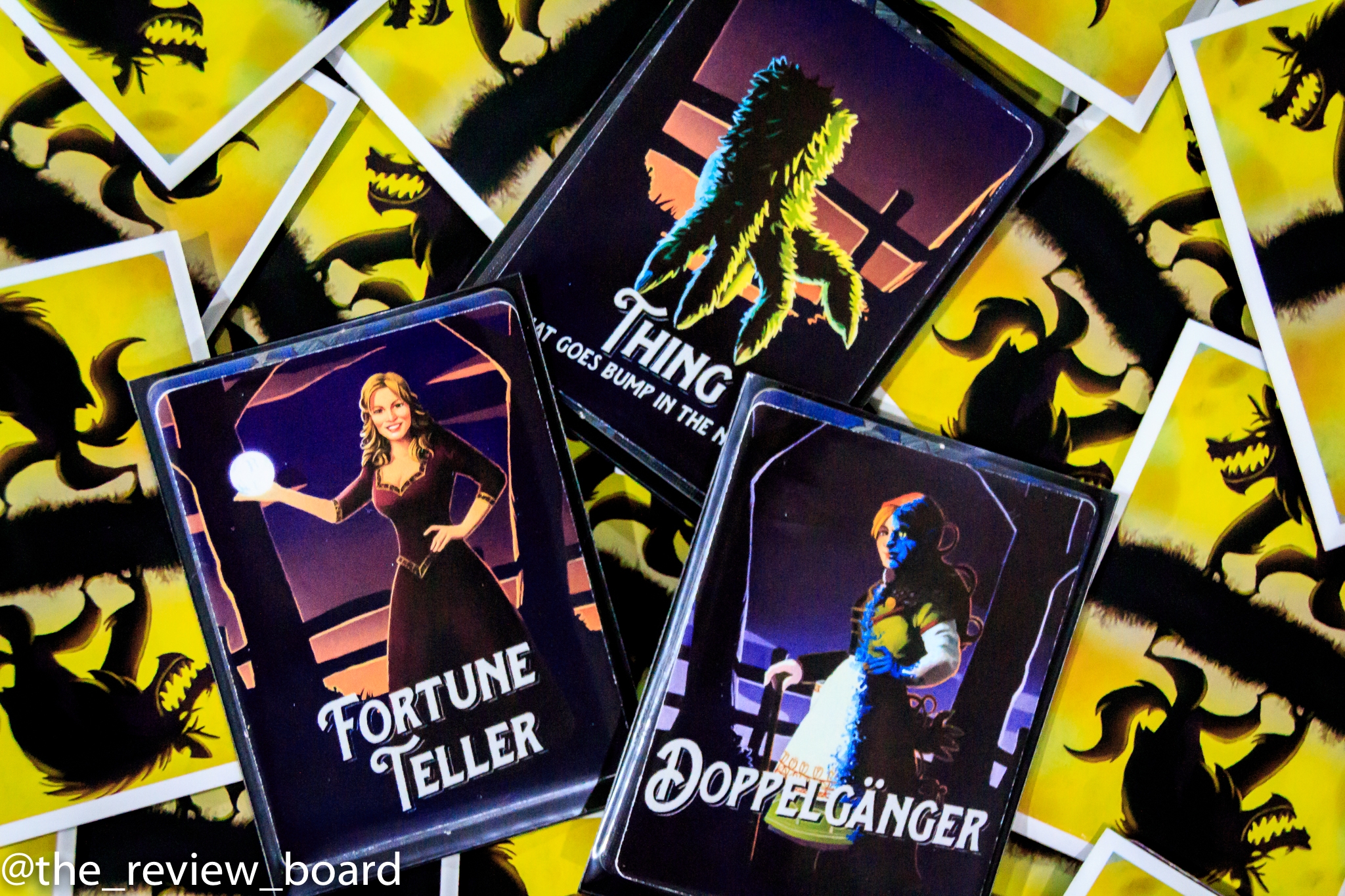 Werewords Deluxe Edition contains a brand-new speed words mode, new artwork, and several new special roles. My favorite role is the Thing (that goes bump in the night) â€“ you just tap a random player on the shoulder. These new roles make the game more exciting and entertaining. 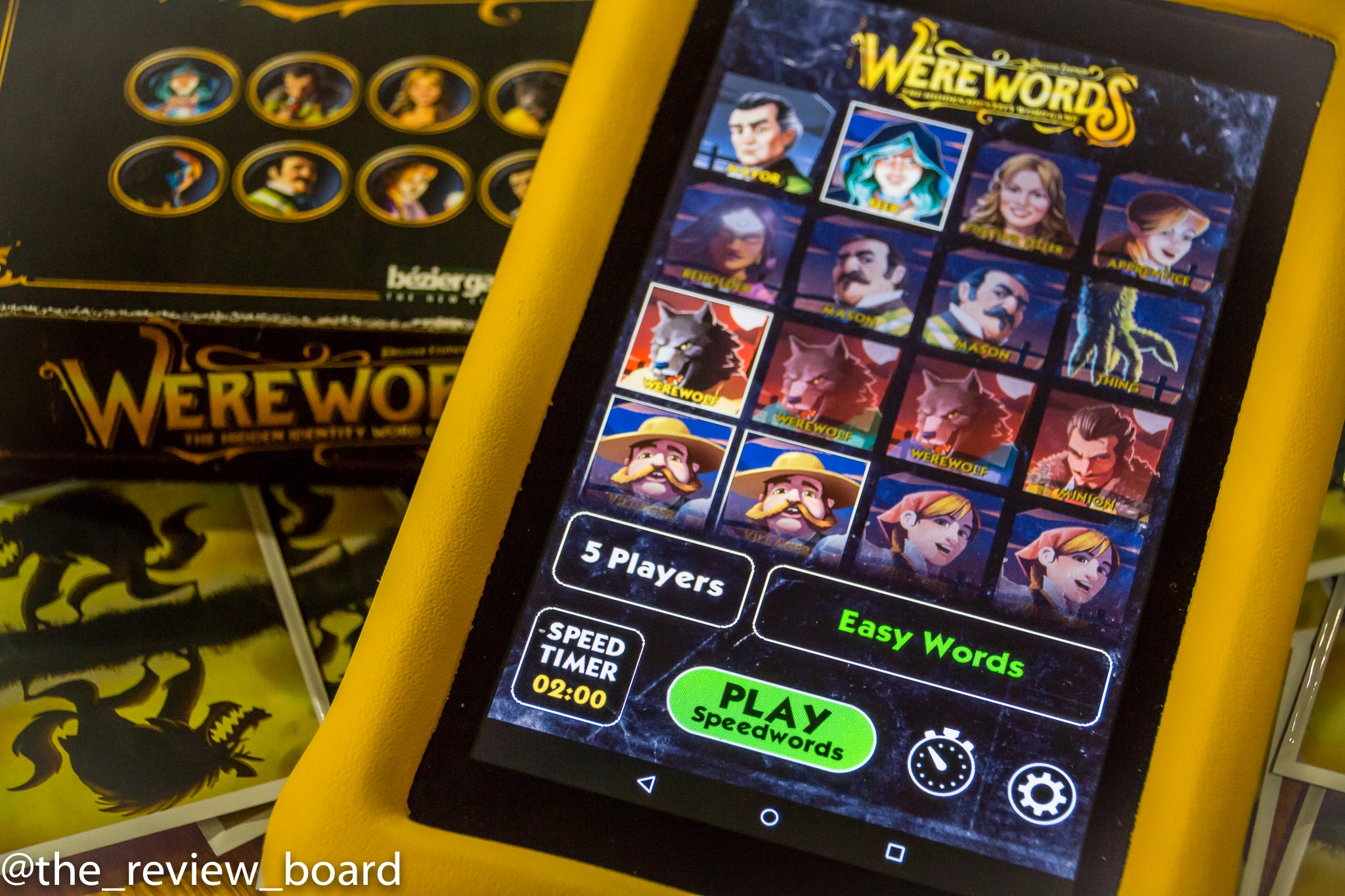 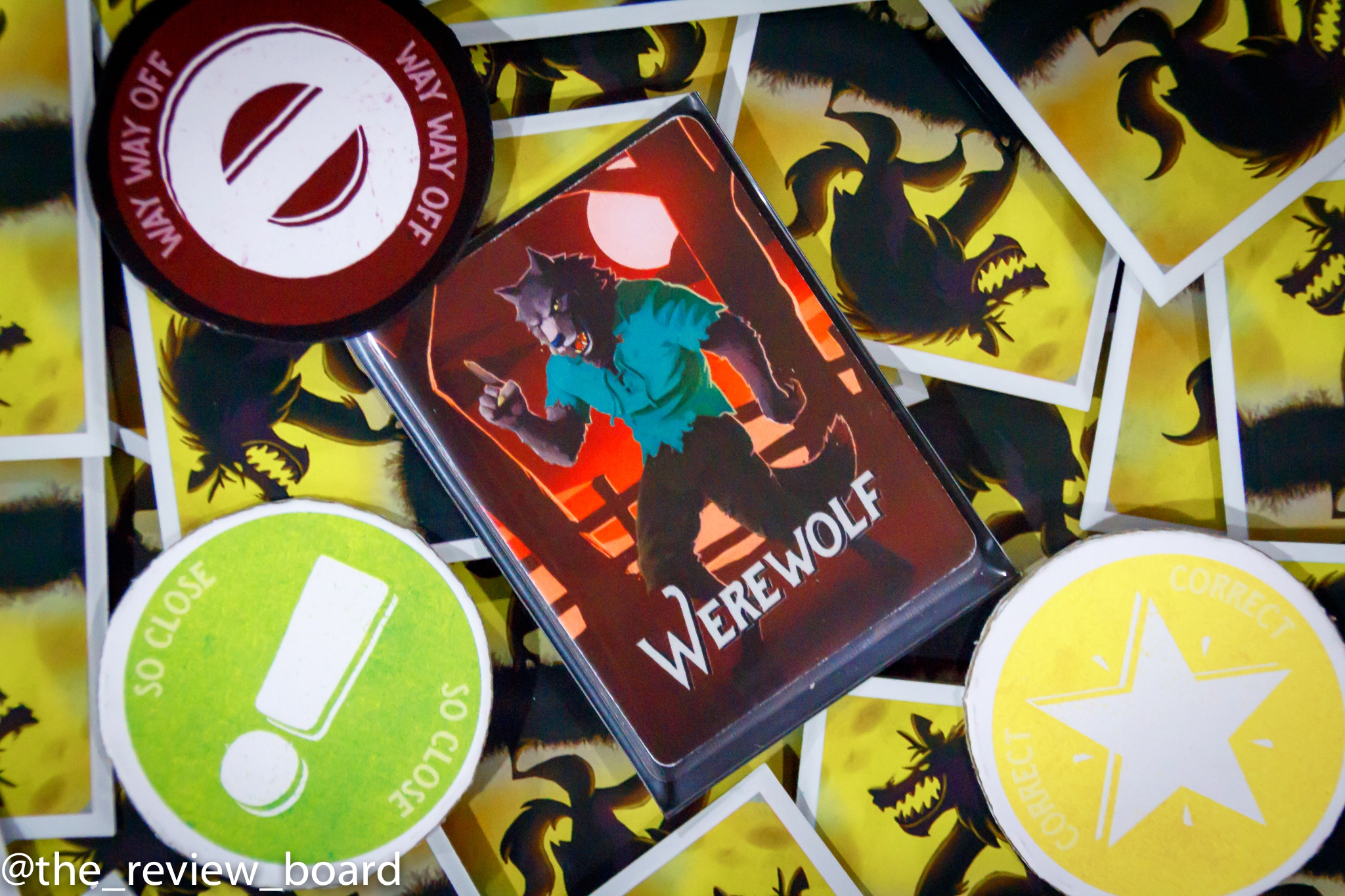 Cool Mini Or Not

Dragon Castle is a 2-4 player game in which players take on the role of lords that have to build a castle that will inspire people to move to their realm. On their turn, players can collect tiles from the ruins and add them to their castle. If they place them in a strategic way, they can consolidate them, earn points, and add shrines to their realm. 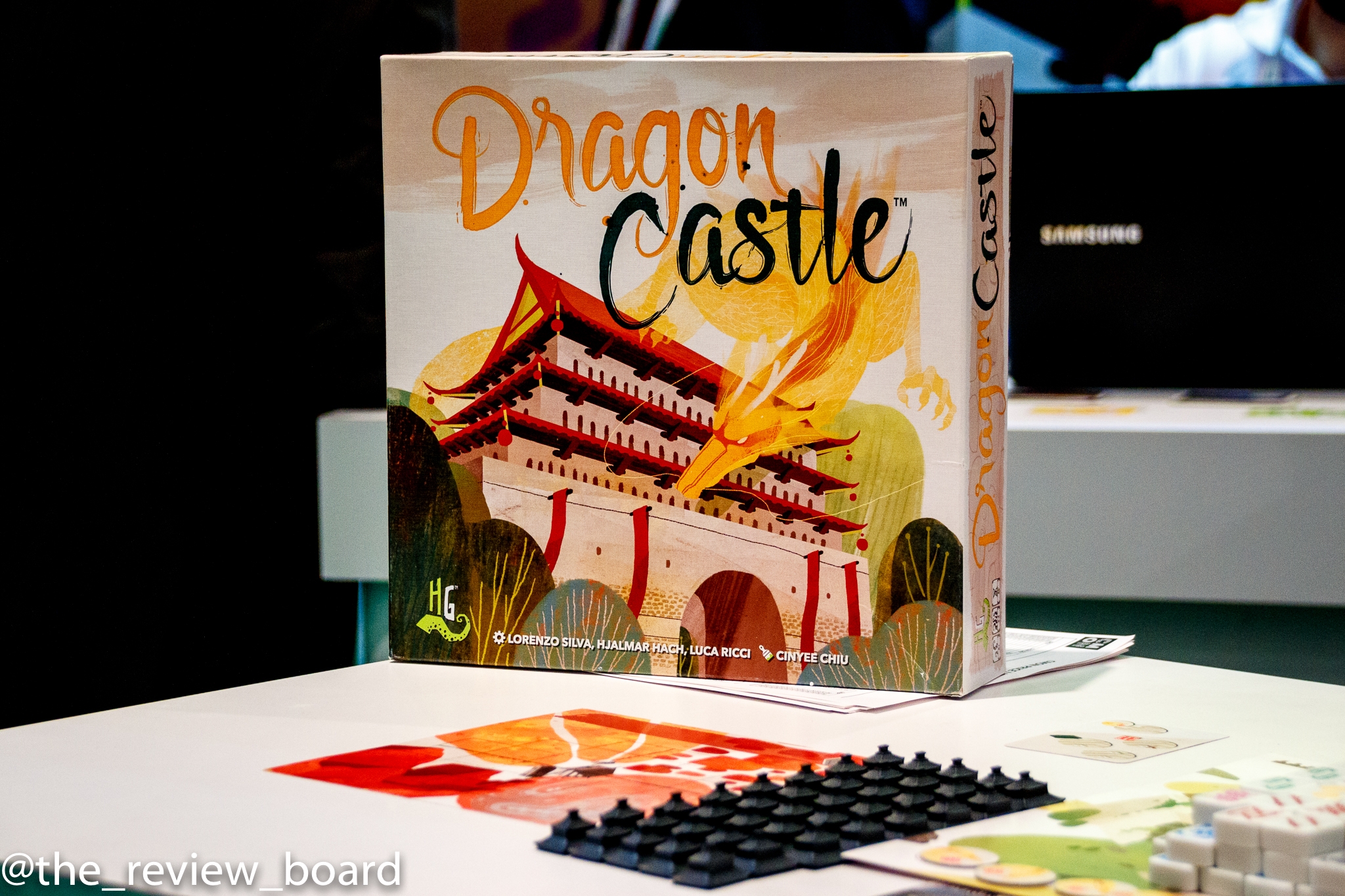 Players can enlist the help of spirits and dragonsâ€™ cards and use their abilities to their advantage. Dragon Castle has a great table presence, and is one of the titles I am most excited to try in 2018. 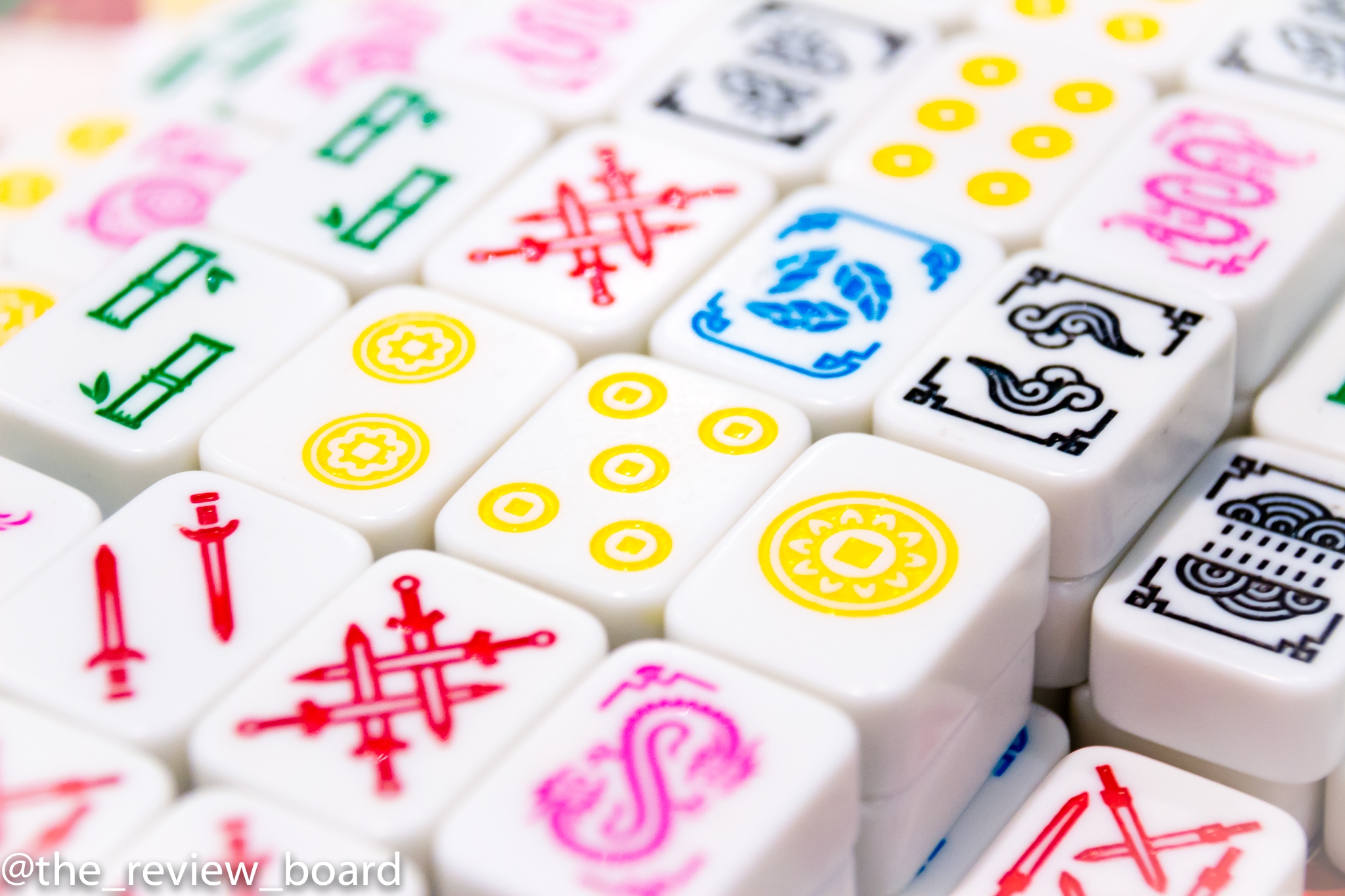 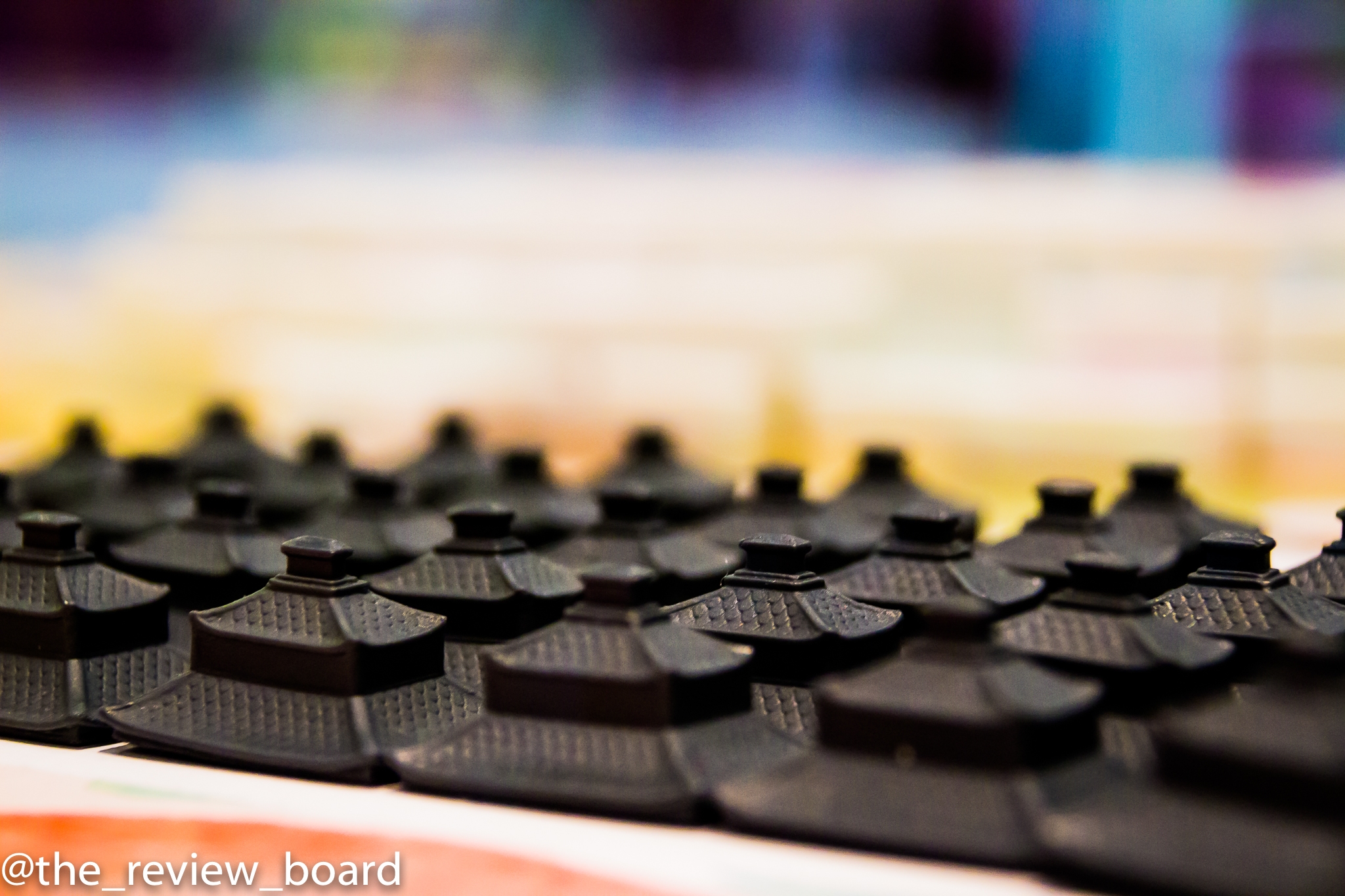 Zombicide: No Rest for the Wicked is an expansion to Zombicide: Green Horde. The expansion contains a huge Necromantic Dragon, 18 Spectral Walkers, 15 Swarm of Ratz, a ballista miniature, 32 zombie cards, and 14 dragon cards. 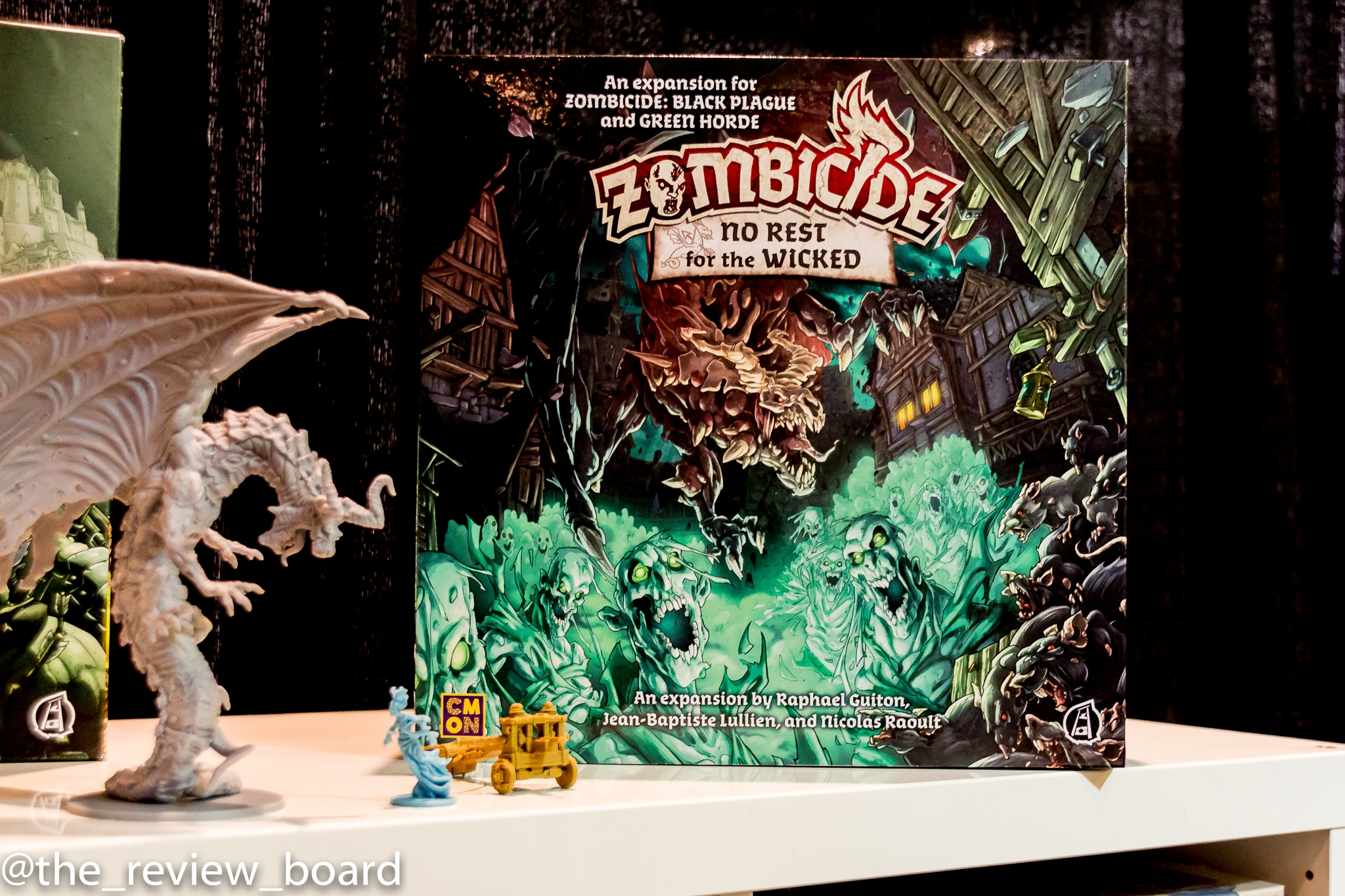 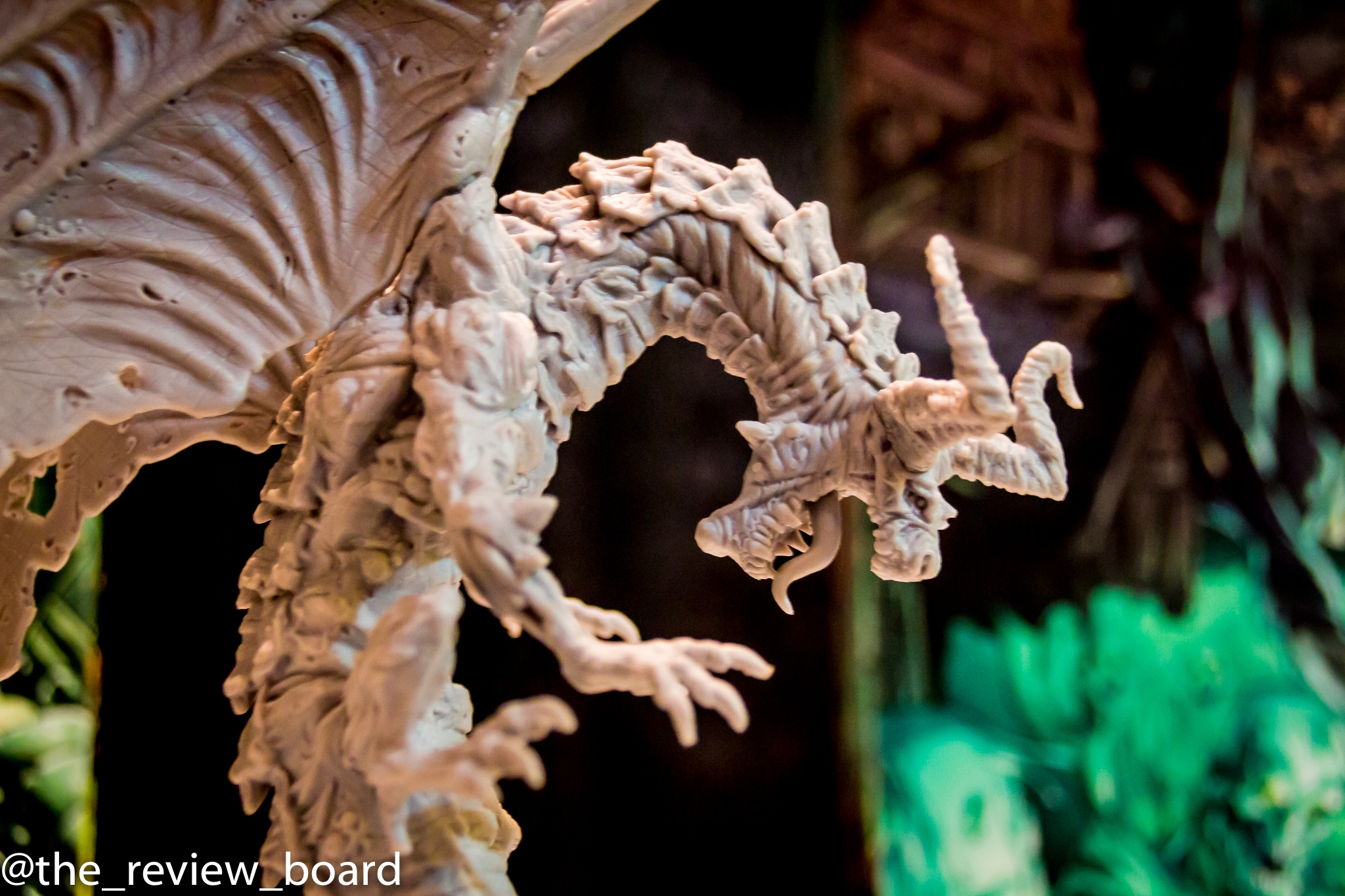 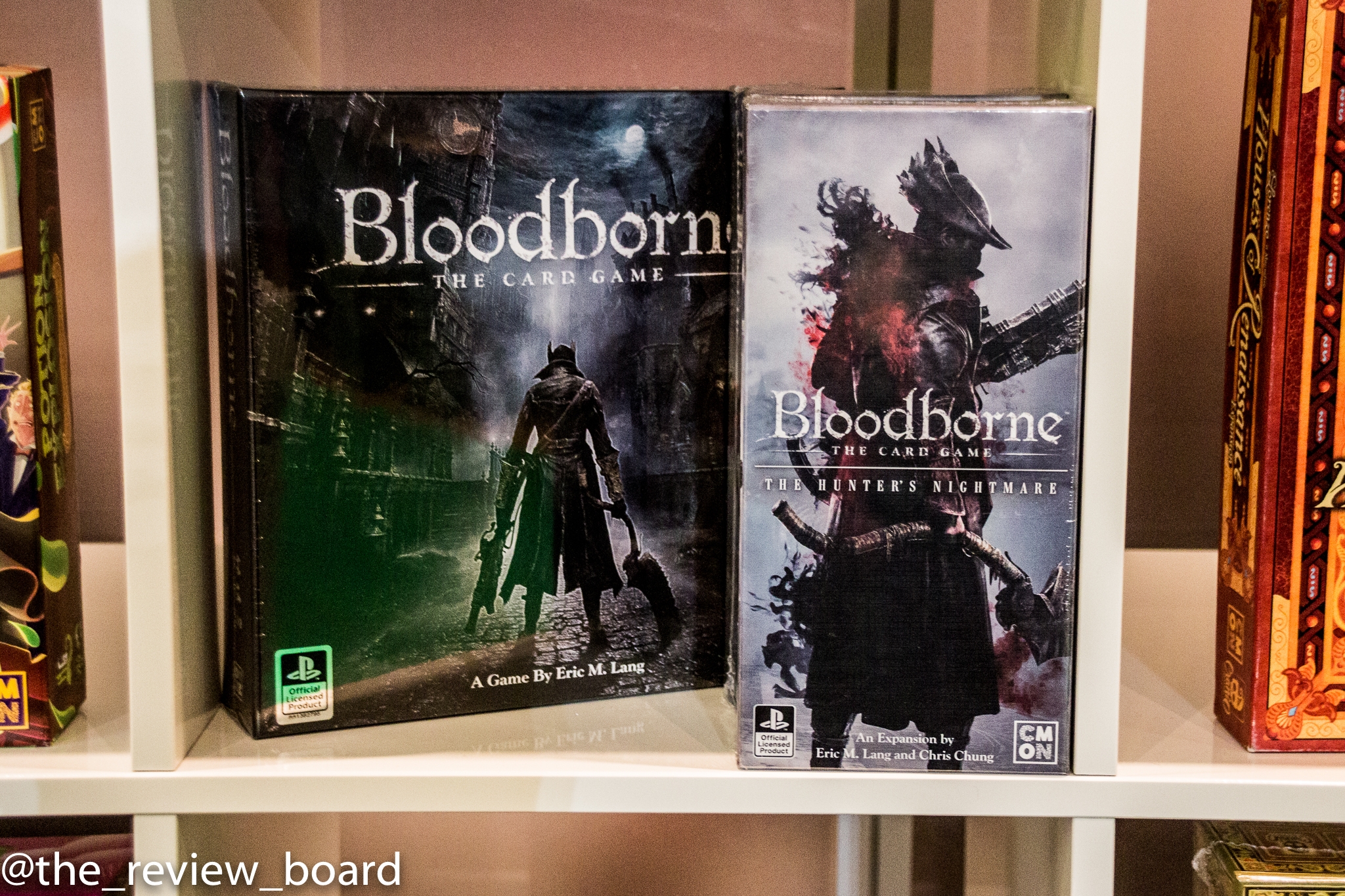 Potion Explosion: The Fifth Ingredient isnâ€™t a new title, but Potion Explosion is one of the games Iâ€™d love to photograph in the future, so I had to snag a photo or two at the CMON booth. 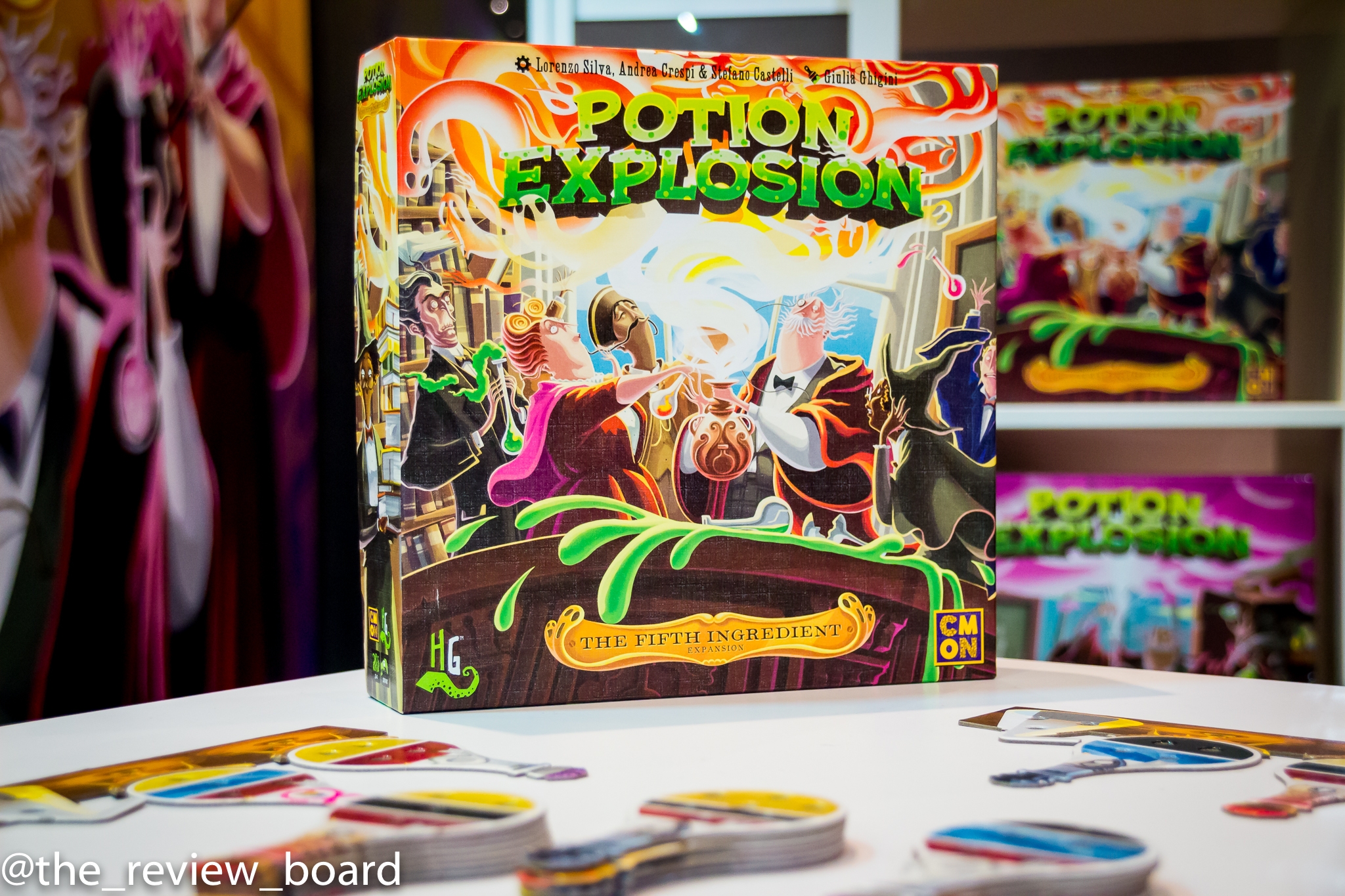 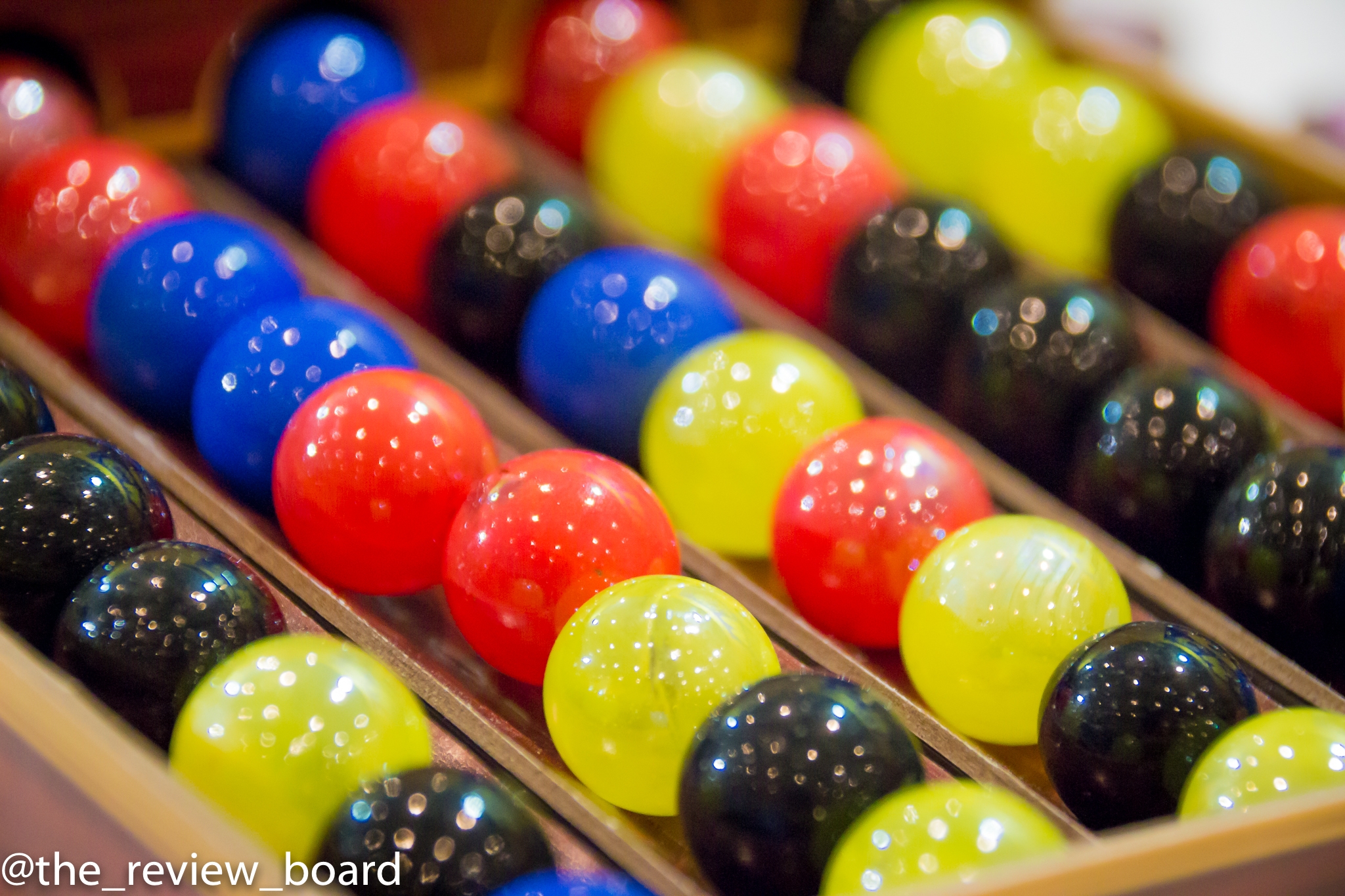 The Networks: Executives is an expansion for the game The Networks. The expansion changes the game in several ways. First, players select their network executive at the beginning of the game, and each executive has some advantages and disadvantages. The expansion also adds a new type of cards - â€œshow cardsâ€ with different genres. Further, players no longer have public access shows, stars, or ads. Players now select their starting shows based on â€œpilot seasonsâ€ that will dictate the resources they start with. 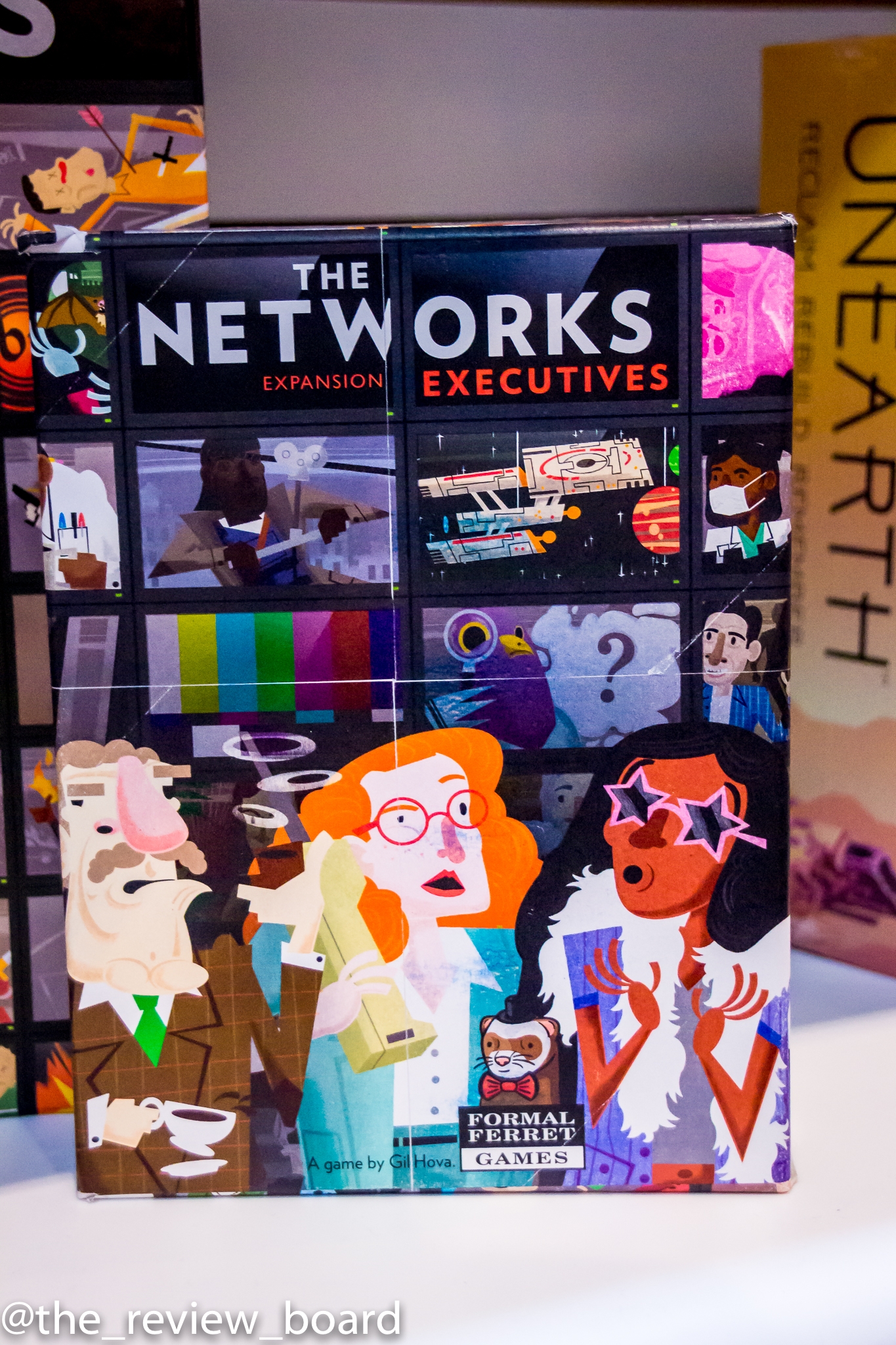 Wordsy is a word game for 1-6 players in which players try to come up with a high-scoring word. Unlike most word games, players don't need all the letters in their word.

Bad Medicine (currently on Kickstarter) is a party game for 5-8 players in which players play as pharmaceutical companies that make horrible drugs. Players create drugs with funny names while doing everything they can to balance any hilarious side effects. 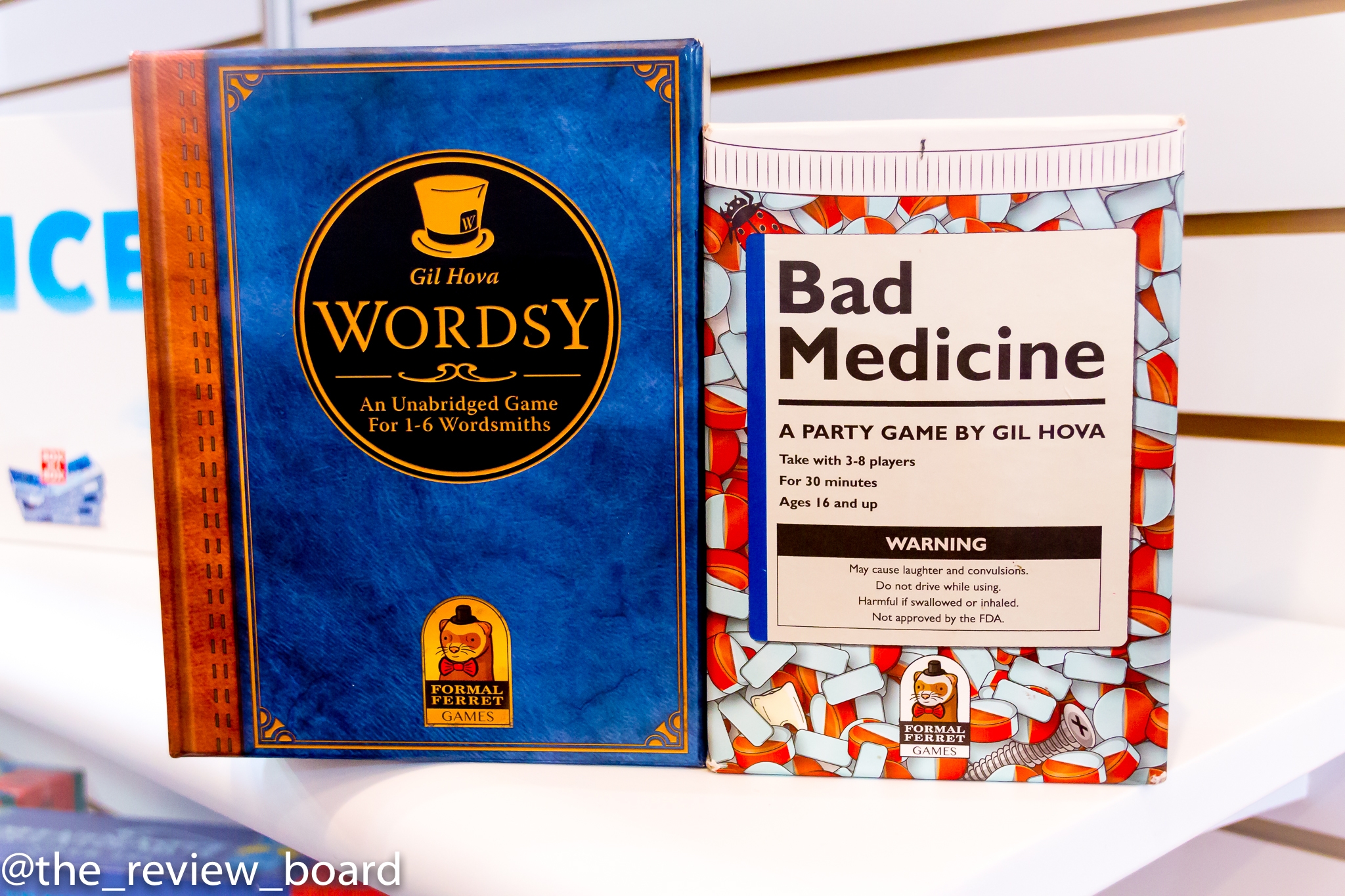 I hope you enjoyed part 4 of the NYC Toy Fair. Stay tuned for part 5.