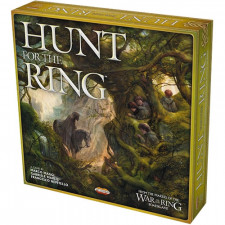 Hunt for the Ring Review

Every time one of these newfangled hide-and-seek games comes out, I roll my eyes. Scotland Yard is the best hidden movement game ever made, and it came out in 1983. Why would I play Fury of Dracula or Letters from Whitechapel or Specter Ops when Milton-Bradleyâ€™s classic does the same thing with elegance and brevity?

Why indeed. So I turned my nose up when offered the chance to review Hunt for the Ring. This game couldnâ€™t possibly dethrone my favorite cat-and-mouse detective game from the â€˜80s, could it? Of course notâ€”especially not an Ares Games release, who are notorious (to me anyway) for complicating all the fun out of their Lord of the Rings games. My suspicions were further confirmed when I started perusing the gameâ€™s ridiculous 40-page rulebook. â€œAnother bloated mess!â€ I thought to myself.

Well, Hunt for the Ring doesnâ€™t quite beat the simple joy of catching Mr. Xâ€”and yet, doggone it, it comes awfully close. 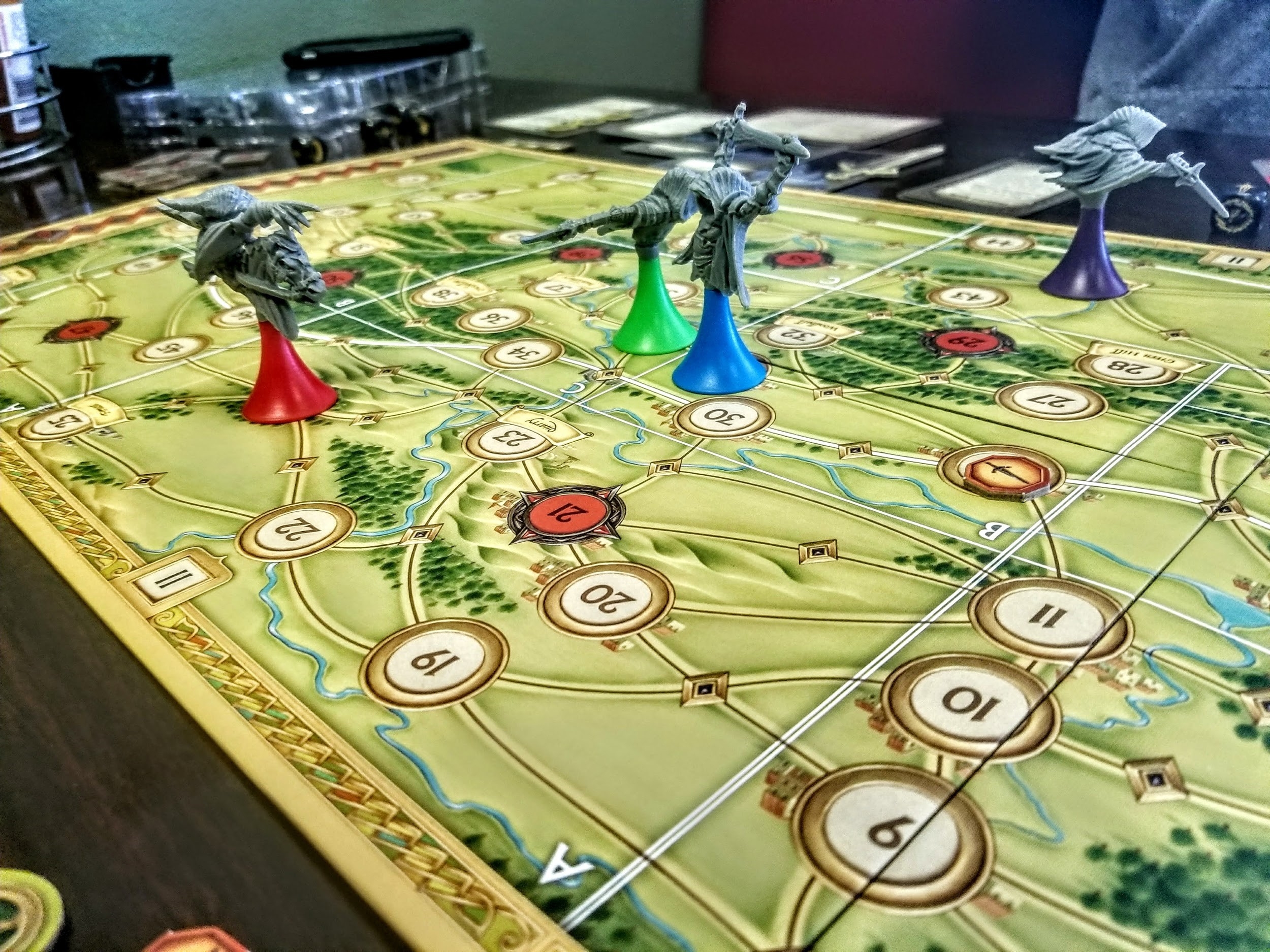 For starters, the Lord of the Rings setting is pitch-perfect for a hidden movement game. The Frodo player glistens with sweat as he hides out in the Old Forest or slips past a Ringwraith breathing down his neck. The Nazgul lurk about pestering the locals and galloping down the main road until they hone in on Frodo. Once heâ€™s found, they screech to their companions to come seal poor Frodoâ€™s fate. And Frodo slips away again, that much more corrupted and closer to his final doom. This is the closest youâ€™ll get to living out that first half of the Fellowship of the Ring, where the quest to get the Ring to safety is almost over before itâ€™s even begun.

This perfect pacing pulses through the design, with Frodoâ€™s quest tottering on the edge of a knife. When youâ€™re playing a game in which both players feel theyâ€™re on the brink of destruction from the very first turn, you know itâ€™s a good design. Thatâ€™s very much the case here. Youâ€™ll look at the opening board state and think â€œeasy peasy,â€ but within a turn or two youâ€™re certain Frodoâ€™s going to slip right on by you to Bree, Rivendell, and beyond, or else that a Nazgulâ€™s gonna skin you alive any second.

I was skeptical of the two-part format as well, but this also works in the gameâ€™s favor. You can knock out a game in under 90 minutes, pack it away, and finish off the adventure with the second half later on. The second part is a notably different game, as well, with the Fellowship player controlling Gandalf and his buddies as a card system automatically pushes Frodo and company toward Rivendell. And if you donâ€™t want to play both parts, Part 1 is satisfying enough, though easier on Frodo than the Shadow player, since he doesnâ€™t have to worry about preserving his resources for the second part of his journey in that case. Sure, maybe itâ€™s a cheap way for Ares to avoid putting â€œ180 minutesâ€ on the box, but it makes the game feel like a novel youâ€™re diving into over a couple of nights. The serial structure retains the epic nature of the book without hogging a whole game night.

The road goes ever on and on...

And yet, that rulebook! My goodness, just because this is about a sprawling fantasy epic doesnâ€™t mean the gameâ€™s instruction manual has to be nearly as thick and intimidating as Tolkienâ€™s triology! The game is simple and easy to understand, but Ares makes every effort to confuse with its dense rulebook full of unnecessary sections and poor organization. I rolled my eyes at the nearly page-long section describing the difference between ADJACENT, CONNECTED, and WITHIN REACH. Really, guys? Did we need three different terms to describe the relationship between the dots on the board?

Ah well. Itâ€™s still an instant classic in my book. Despite some annoyances that knock the learning experience down a peg or two, Hunt for the Ring is fantastic. More accessible and immediate than either War of the Ring or Battle for Five Armies, this game is Ares Gamesâ€™ crowning Lord of the Rings masterpiece.