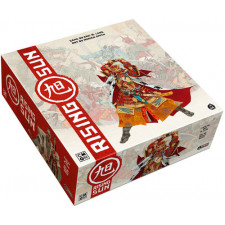 We go through a lot here at the Review Corner for the sake of our readers. We genuinely do appreciate you, but do you have any idea what itâ€™s like to play this game without all the amazing Kickstarter bling so we can accurately represent the retail copy? Hug a reviewer, thatâ€™s all Iâ€™m saying. Anyway, on to the reviewâ€¦

The latest arrival from Cool Mini and Eric Lang is Rising Sun. Itâ€™s billed as the spiritual successor to Blood Rage, but itâ€™s an epic game in its own right. While 2015â€™s hit was a great mix of live, die and repeat, Rising Sun lets three to five players, or six with the Dynasty Invasion Expansion, make their mark on a fantastic Asian-inspired nation in an amazing variety of ways. 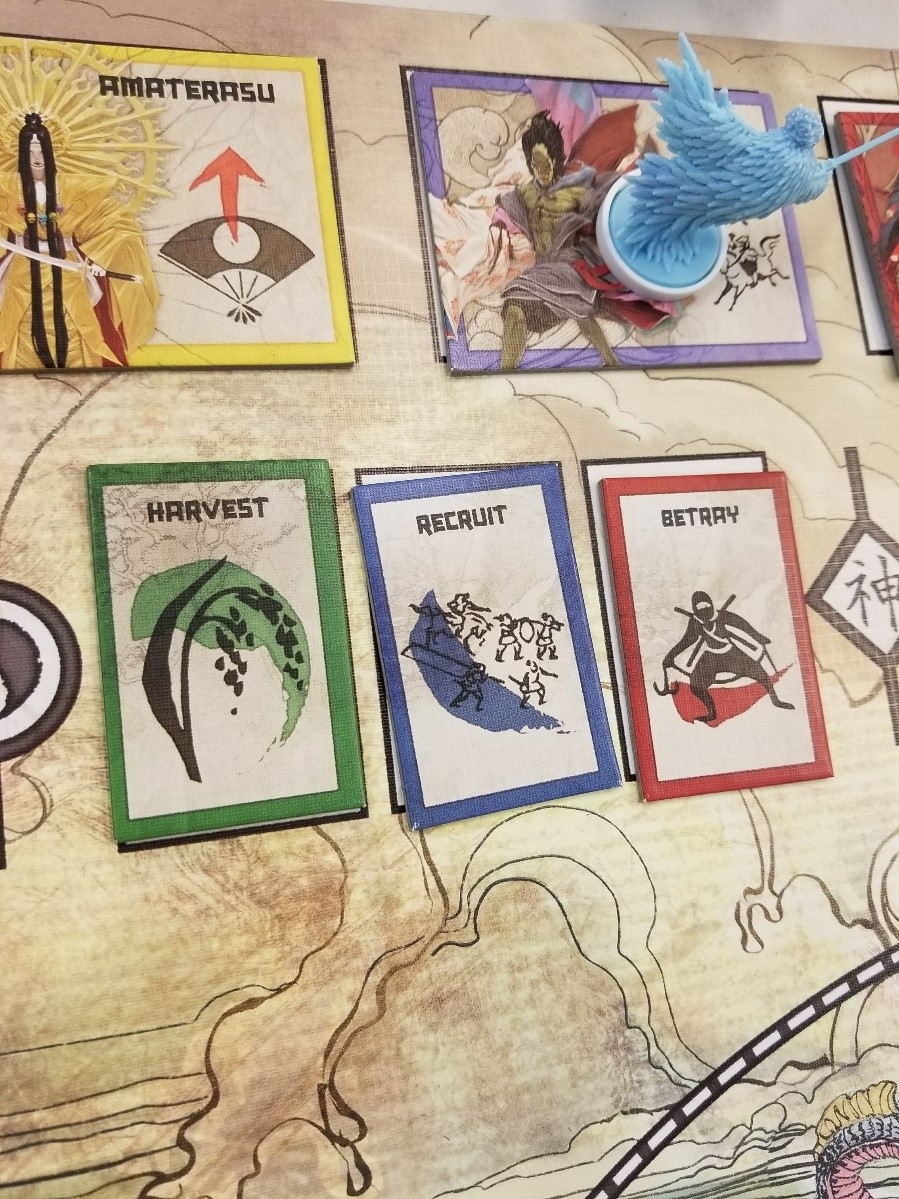 Remember me in the credits when the sequel comes out, Tom

Over three seasons, the leaders of opposing clans choose among five different mandates in a Puerto Rico-esque mechanic with a twist: your ally gets the same extra benefit you do. Table talk and setting up these bonuses highlights the Tea Ceremony to start each season, in which clans are free to find a friend, or a veiled enemy, to join forces with for the season, or until one of them chooses betrayal. As a veteran of the old Shogun, now sold as Ikusa, this was the first gamey element for me: you can only break an alliance by drawing one of the two Betray tiles on your turn. Itâ€™s a nod to the new school, where game designers recognized that full-on Diplomacy style deals can lead to real-world rage, but requiring the Betray mandate is also a hindrance to all players; you can plan a late-season betrayal, but may not be able to pull it off. Well, unless youâ€™re the Lotus clan, whose unique ability allows them to play a mandate tile face-down and declare it to be whatever they wish. Thatâ€™s another greatness of Rising Sun: a perfect storm of game-bending abilities.

I say bending on purpose; like the germs in Mr. Burnsâ€™ system, each clan, card and monsterâ€™s special ability all jam together to form a ball of rule destruction that can devastate the board if players arenâ€™t careful, but thatâ€™s its genius. These benefits only win the game if used wisely, and simply acquiring a certain upgrade or monster doesnâ€™t guarantee victory. Though itâ€™s not for a lack of effort on the sculptorâ€™s part. 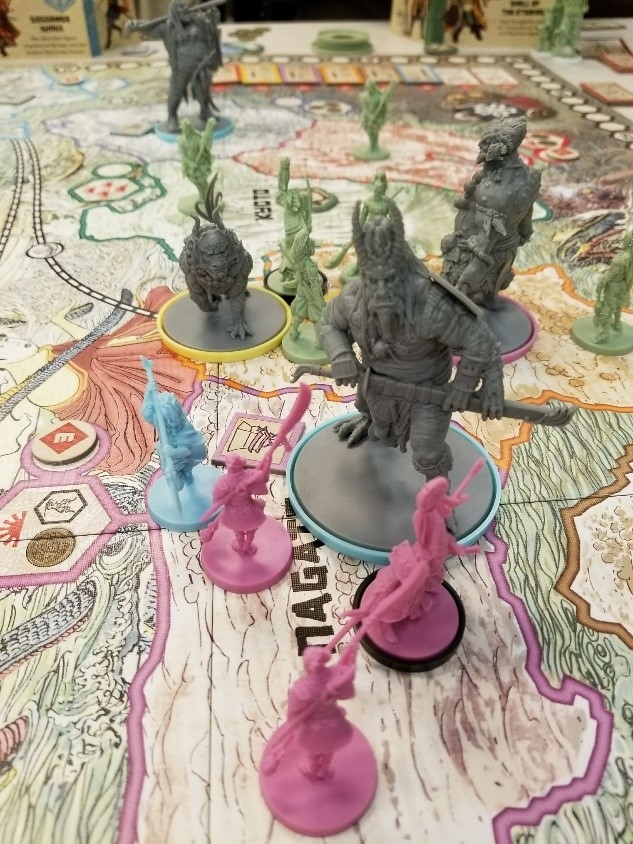 We can take him, bro. Iâ€™m right behind you

The depth of choice in Rising Sun takes a few plays to grasp, leading to early cries of broken rules, monsters or clans, since some abilities are easier to fathom than others. The first season always sees a mass pilgrimage to the shrines, vying for the favor of the gods, and a belief that Rising Sun is a game of area control like Battle for Rokugan or A Game of Thrones Boardgame, and while Rising Sun shares the backstabbing and subterfuge ideals of those two, itâ€™s more akin to Scythe in terms of what the board spaces signify. Since strongholds can be constructed anywhere on the map, another gamey element, and battles are only fought at the end of each season, the territories really only serve one function in the game: bait for the unwary daimyo who believes the best thing you can do in a battle is to kill the enemy. 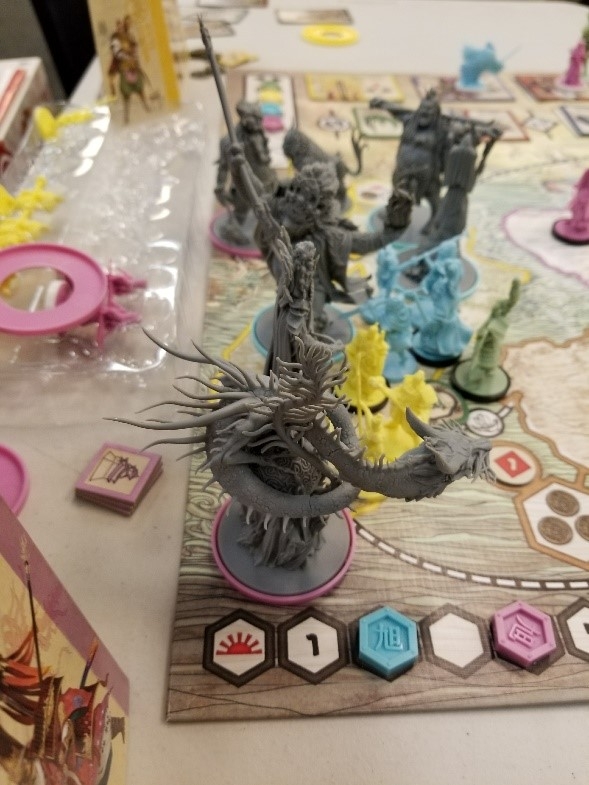 Kyushu. Land of many monsters and zero bubblegum

Rising Sunâ€™s combat is a perfect example of whatâ€™s needed for board game excitement: uncertainty. No dice, cards or random elements are involved in battles, but the bidding mechanic borrowed from Ikusa creates massive amounts of uncertainty, allowing strategies to unfold that no other game brings to the table. When seasoned daimyo grasp this concept, the magic of Rising Sun is truly revealed, and players marvel how the most uninventive thing you can do is bring a superior force and win the combat. 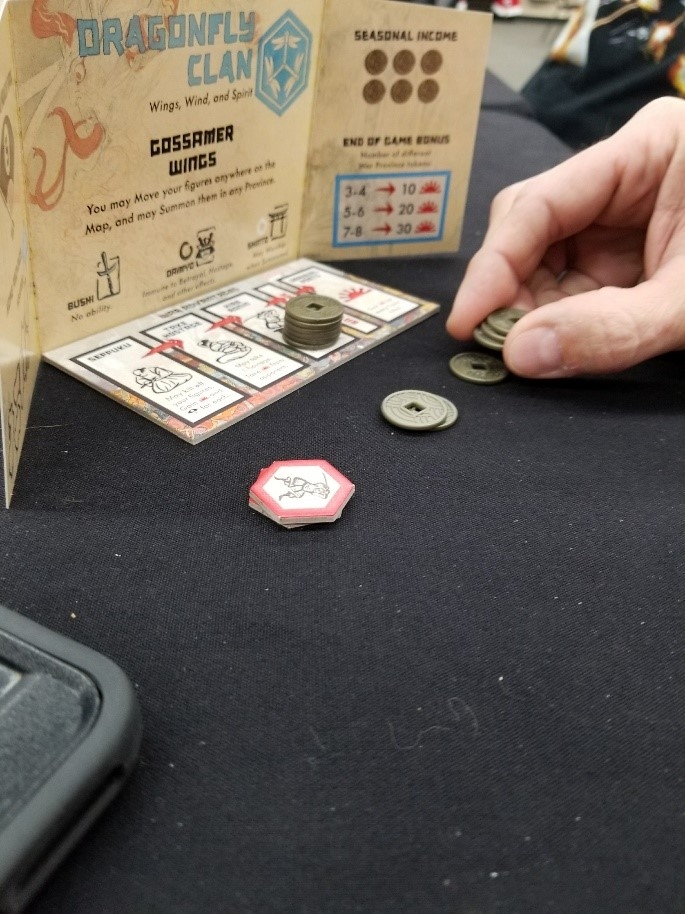 Suicide, kidnapping, mercenaries or poets. Whatâ€™s a daimyo to do?

Each clan involved in a battle places their coins on any of four different options, and when combatantsâ€™ bids are simultaneously revealed, the high bidder gets to take the action while everyone elseâ€™s money is wasted. Hopelessly outnumbered? Commit seppuku, hire imperial poets to write of your sacrifice, and you may claim more victory points than the winner. Unbeatable monster facing you? Take it hostage, removing it before the fight begins. Or if youâ€™re involved in multiple battles this season, tank an early contest to receive money from the victor (gamey element number three) for use in later fights. The combinations players discover during battles elevate Rising Sun to another level, especially if allies are involved, because alliances arenâ€™t as convenient as they first appear.

Every battle only has one winner, regardless of any allies present. The only combat benefit of being allied is your people donâ€™t die if your ally wins. Thatâ€™s it. You donâ€™t combine forces. Your units can be taken hostage by your ally to ensure they come out on top and claim the battle tile, contributing to their â€œset of cardsâ€ victory point mechanic at gameâ€™s end. The clans your ally defeats can even come out monetarily ahead when itâ€™s over. In a sense, it may be the most realistic feudal alliance system in gaming today, and yet another aspect that requires a few plays to fully grasp.

Components dazzle at the start, and strategy fascinates later on, making Rising Sun a truly great game. Are you ready? 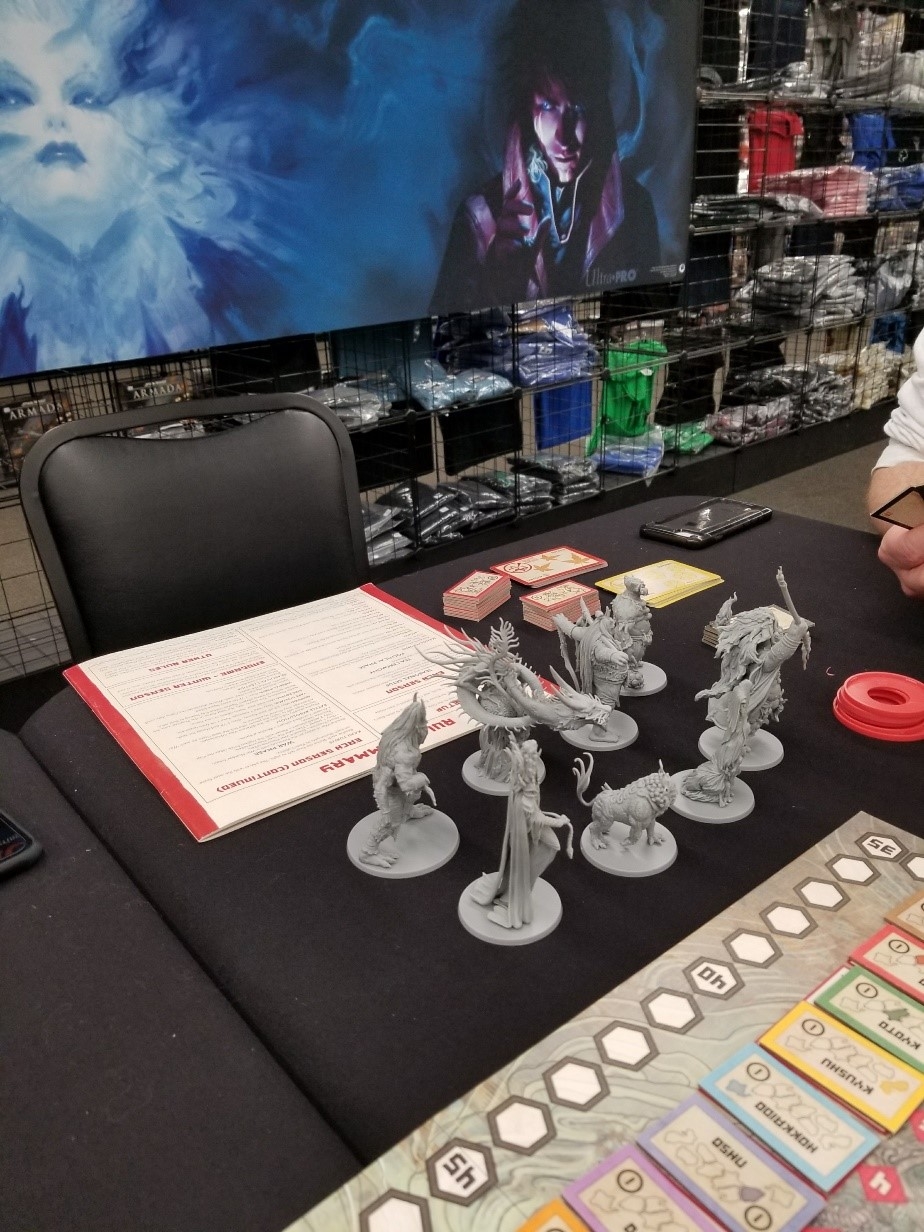