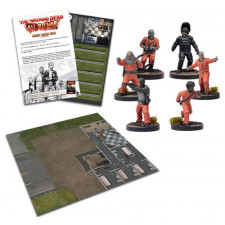 Did I mention I love The Walking Dead: All Out War? In part, thatâ€™s because itâ€™s one of the best solo and cooperative miniature/board hybrids thatâ€™s ever been designed. But more importantly, this game just keeps getting better.

This is the third wave of this Kickstarter success story as the Atlanta group headlined by Rick Grimes arrive at the Meriwether County Correctional Facility. This was a watershed moment in the course of the comics because it was the first real significant set-piece. The Atlanta campsite and farm were interesting turns in the story, but the prison saw the narrative expand in scope and take on a larger size in terms of significant events as well as cultural success. Luckily, Manticâ€™s latest expansion to their flagship game reflects this importance in really expounding on the capabilities of this system and capturing our imagination.

If youâ€™ve checked out the two previous All Out War non-booster expansions, Days Gone Bye and Miles Behind Us, then you know what to expect. We have new characters, new cards, new terrain, and a paper map to provide another surface to battle over. The most crucial part of each of these products is the narrative scenarios they provide, as these offer an experience you donâ€™t get in the base game box. These story beats follow the comic series and offer interesting and varied objectives. The new offering takes everything a step farther and goes a bit off the rails. 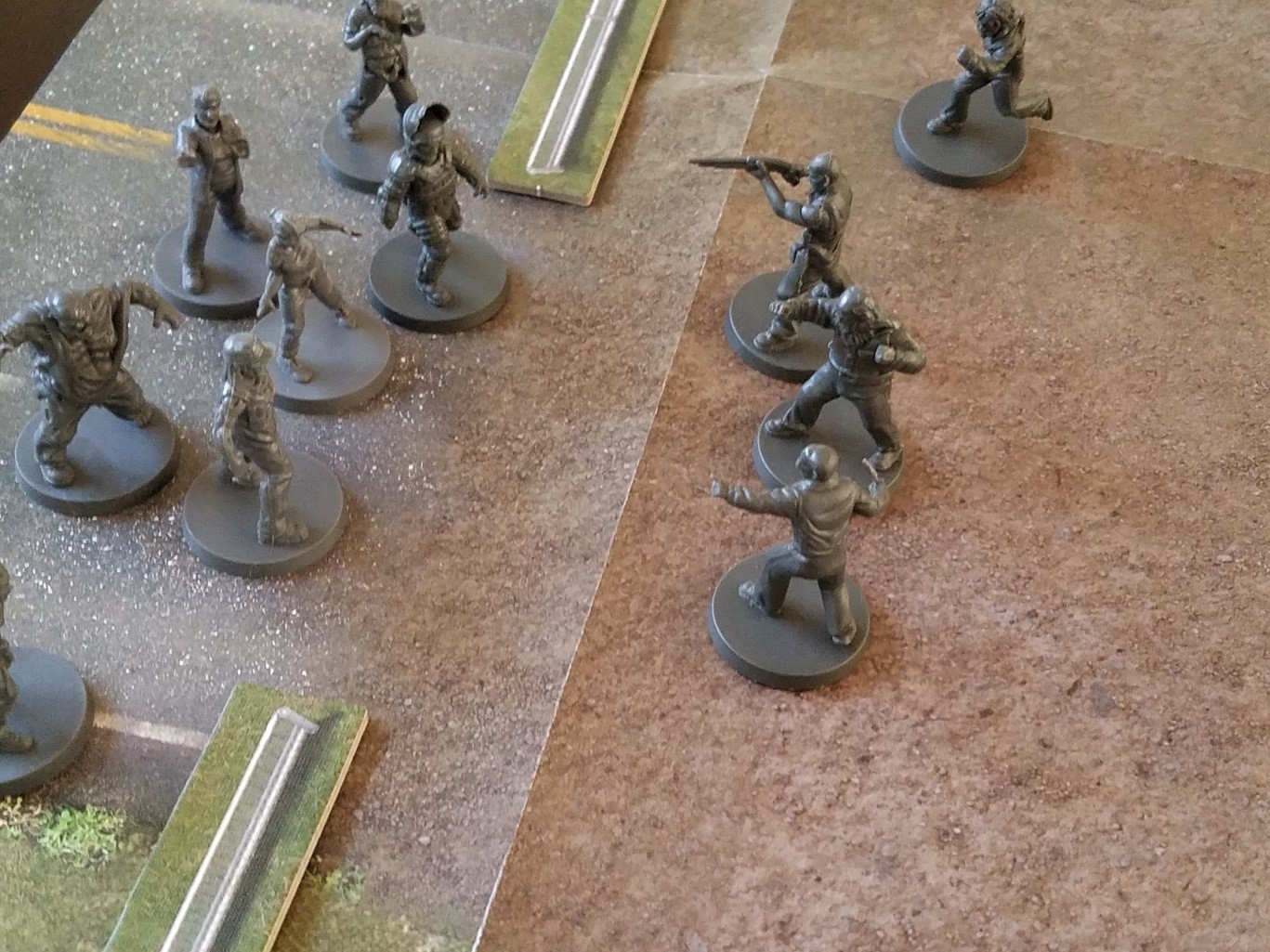 The residents of Meriwether make a stand at the gate.

To some fans elation and others anguish, Safety Behind Bars is the first expansion product to feature a significant amount of competitive narrative play. The only previous entry to offer such utility was the showdown between Rick and Shane in Days Gone Bye, a scenario that was interesting and novel in its own way. Here we have multiple prison groups trading blows and spilling blood. This storyline of course follows that of the comic series and Rickâ€™s group butting heads with the inmates holed up in the penitentiary. There is a mix of solo/cooperative encounters as well, and the whole experience feels particularly varied with each scenario possessing a unique angle despite sharing the same map.

Safety Behind Bars possesses a number of additional tricks beyond the expertly handled story aspect. My favorite minor element of this expansion is the new armored walker. These body-armor clad decayed individuals are particularly resilient and will be a pain to take down. While these will cause you much in-game anguish, theyâ€™re particularly appreciated because they mix up the landscape to some degree. Since the walkers in this game function as a dynamic terrain of sorts, this is like adding new rules for hills or forests to the battlefield. It increases the tactical canvas and will cause you to adjust your decision making appropriately. 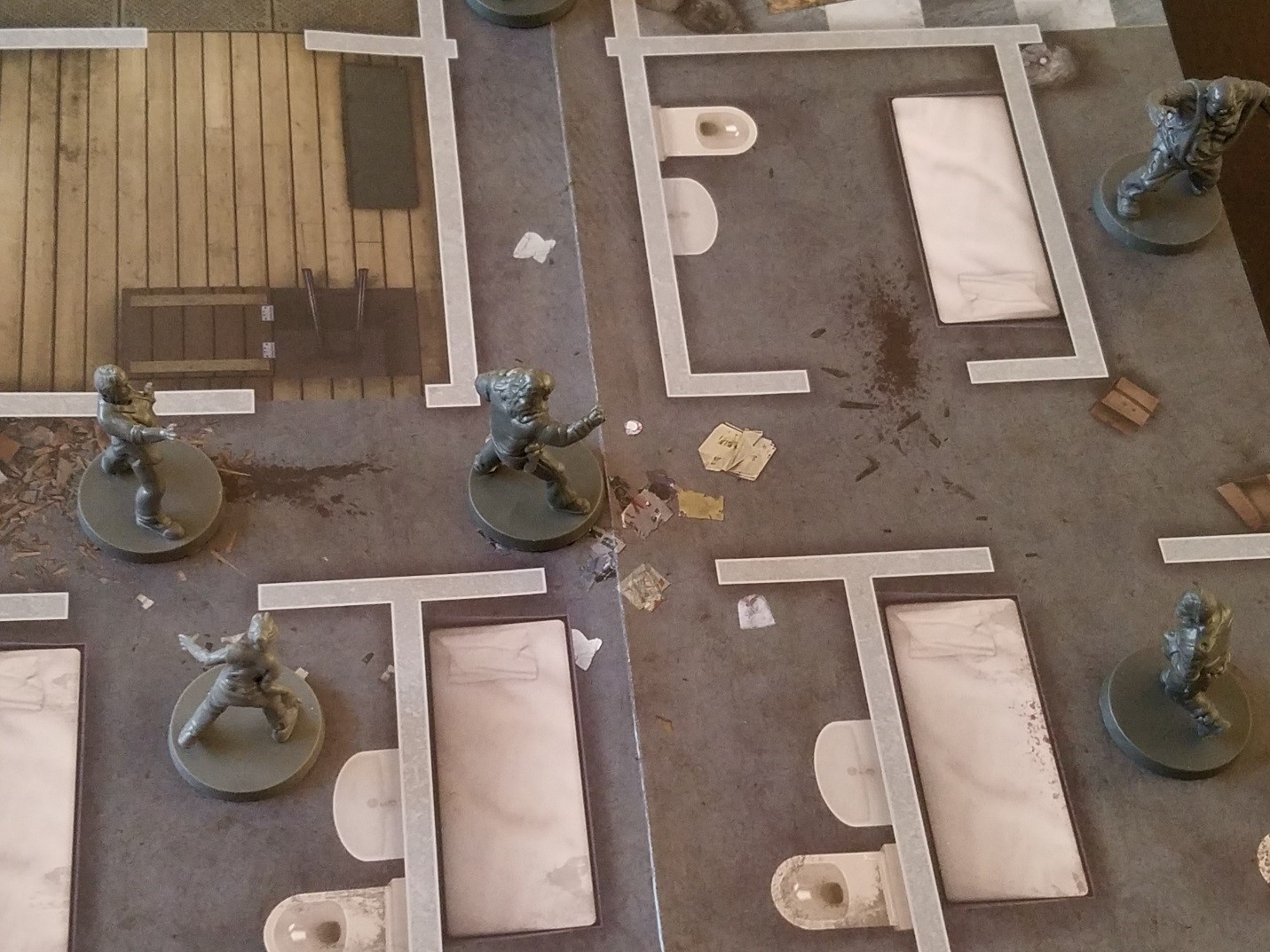 Thereâ€™s also a solid amount of additional rules density to handle the interior of buildings. We have windows, prison doors, a cardboard armory overlay, and even a guard tower. All of these combine to make this the most finicky expansion in terms of referencing the included book and needing to recall edge cases. Thankfully, the increased complexity is certainly worth paying as the environments offer situations and a compressed feel you wonâ€™t find in the other expansion material.

The map is also particularly interesting in that it handles both a wider, outdoor arena as well as the claustrophobic interior. This means that you can pivot between the two in certain tactical encounters. You will make daring runs where you retreat from the prison yard and hole up in a doorway. Maybe you will get a little overzealous and find yourself flanked in the long hallways. When part of the group gets cut off youâ€™ll need to mount a daring rescue while hoping those convicts in jumpsuits donâ€™t hit you at your weakest moment. 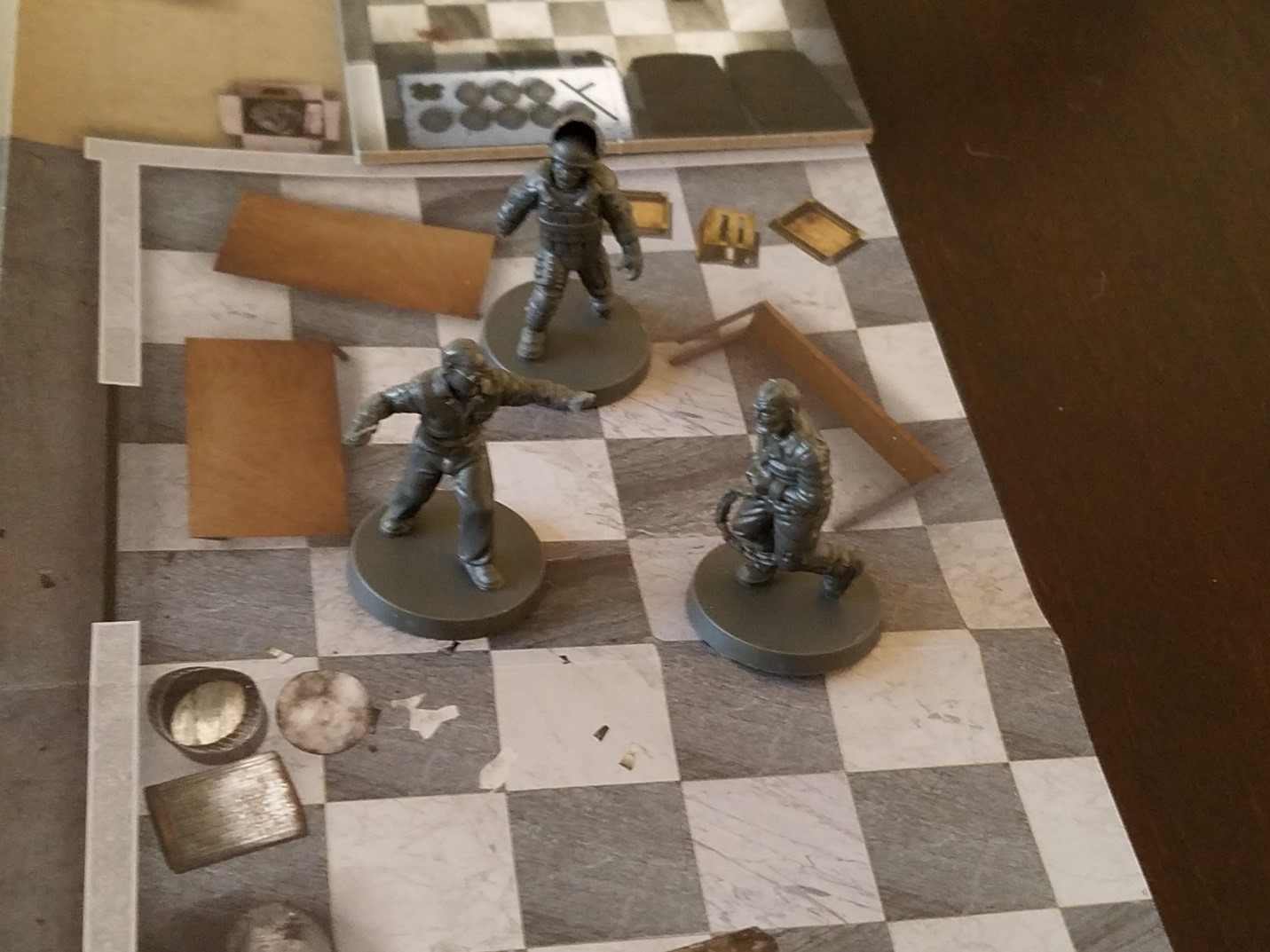 With seven scenarios, new walkers, and a team of additional characters, this is one of the best values in terms of the All Out War expansion content. Itâ€™s the strongest material weâ€™ve seen yet and is setting the stage for the confrontation at Woodbury â€“ wave four. Playing through this plot will challenge you in unforeseen ways and put you up against the wall with a fresh sense of malice. This is simply All Out War at its utmost potential.