I love autumn. The leaves are turning red and orange and those vibrant colors are an amazing backdrop to some board games pictures, pumpkin spice latte becomes a thing (donâ€™t ask me why), but the most important thing is Halloween, or as one of my favorite movies puts it:

Boys and girls of every age
Wouldn't you like to see something strange?
Come with us and you will see
This, our town of Halloween

So every year, come October, I play some games that put me in the spirit of the spookiest night of the year. And what can be a better way of passing a night in which you wait for those trick or treaters than playing some board games?

Without further ado, my spooky-games-list: 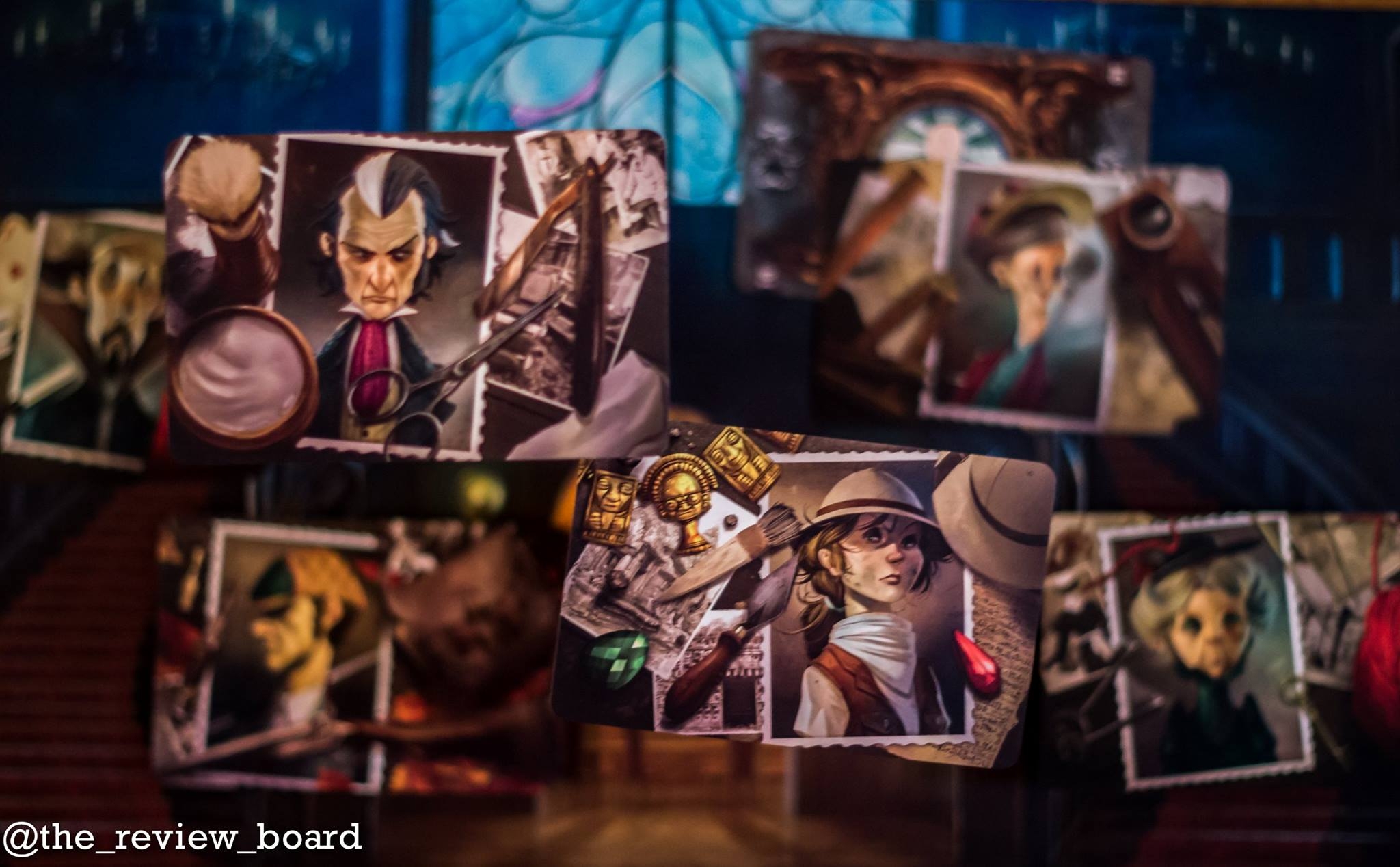 On a bleak night at the Warwick Manor, a heinous murder occurred, but the killer has never been caught. The restless spirit is too weak to whisper the name of the murderer, but it is able to gather enough energy to give psychic visions in an attempt to help the players zero in on the correct suspect, location and murder weapon. Mysterium is an asymmetric cooperative game for 2-7 players in which one person plays the ghost while the other 1-6 players play psychics. The psychics have to decipher vision cards from the ghost in a final attempt to solve the Warwick Manorâ€™s murder once and for all. 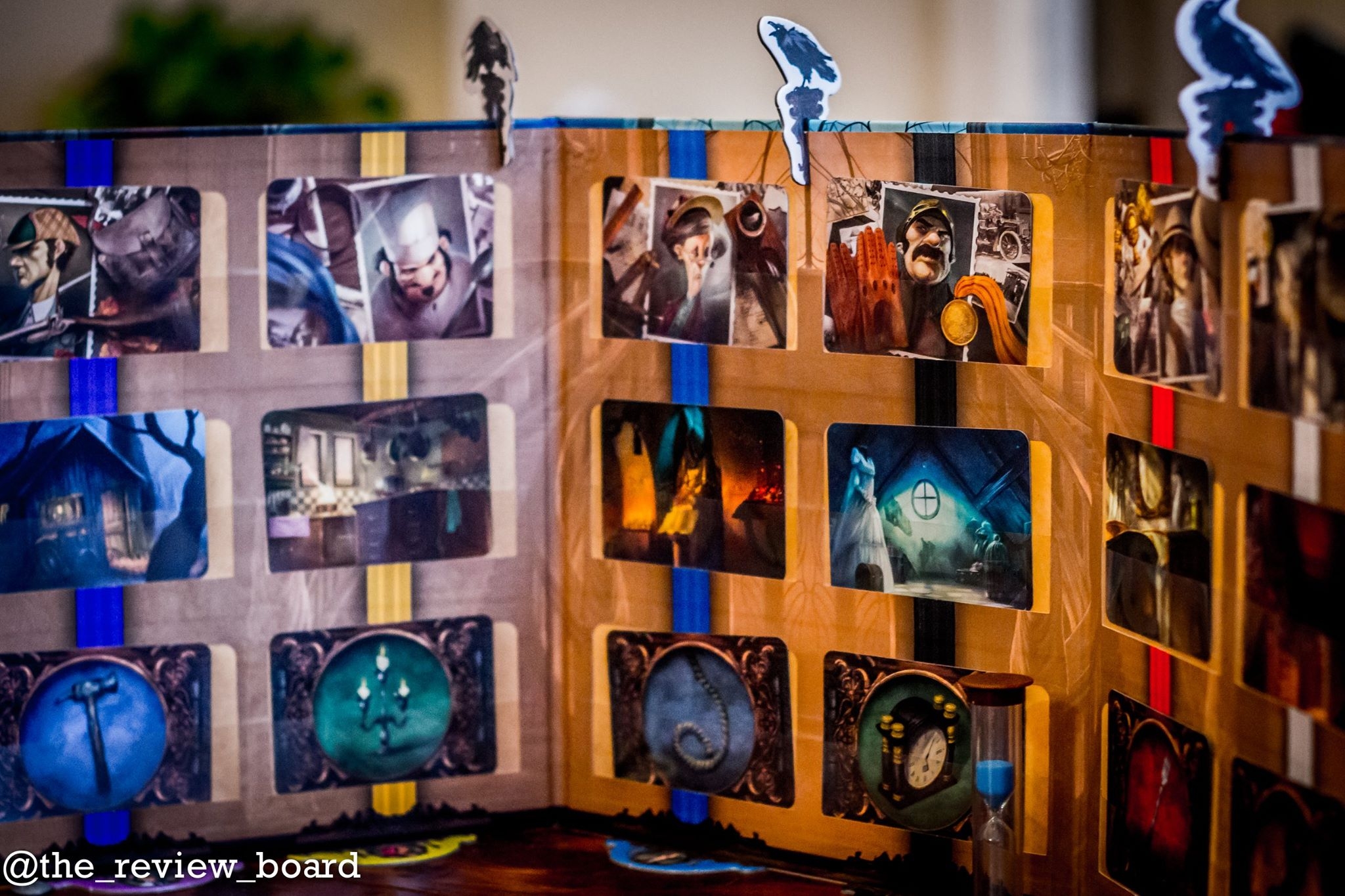 Do you have what it takes to survive in a post-apocalyptic world? Can you outrun a massive horde of undead walkers? Will you sacrifice your fellow survivors to reach your goal? And what will you do when there are more zombies than bullets in your gun?
Zombicide is a cooperative game for 1-6 players in which players take the role of different survivors, each of which has his/her own unique set of abilities, in an attempt to complete a mission. The game comes with suggested missions and many more missions can be found online or can even be constructed by you and your fellow survivors. 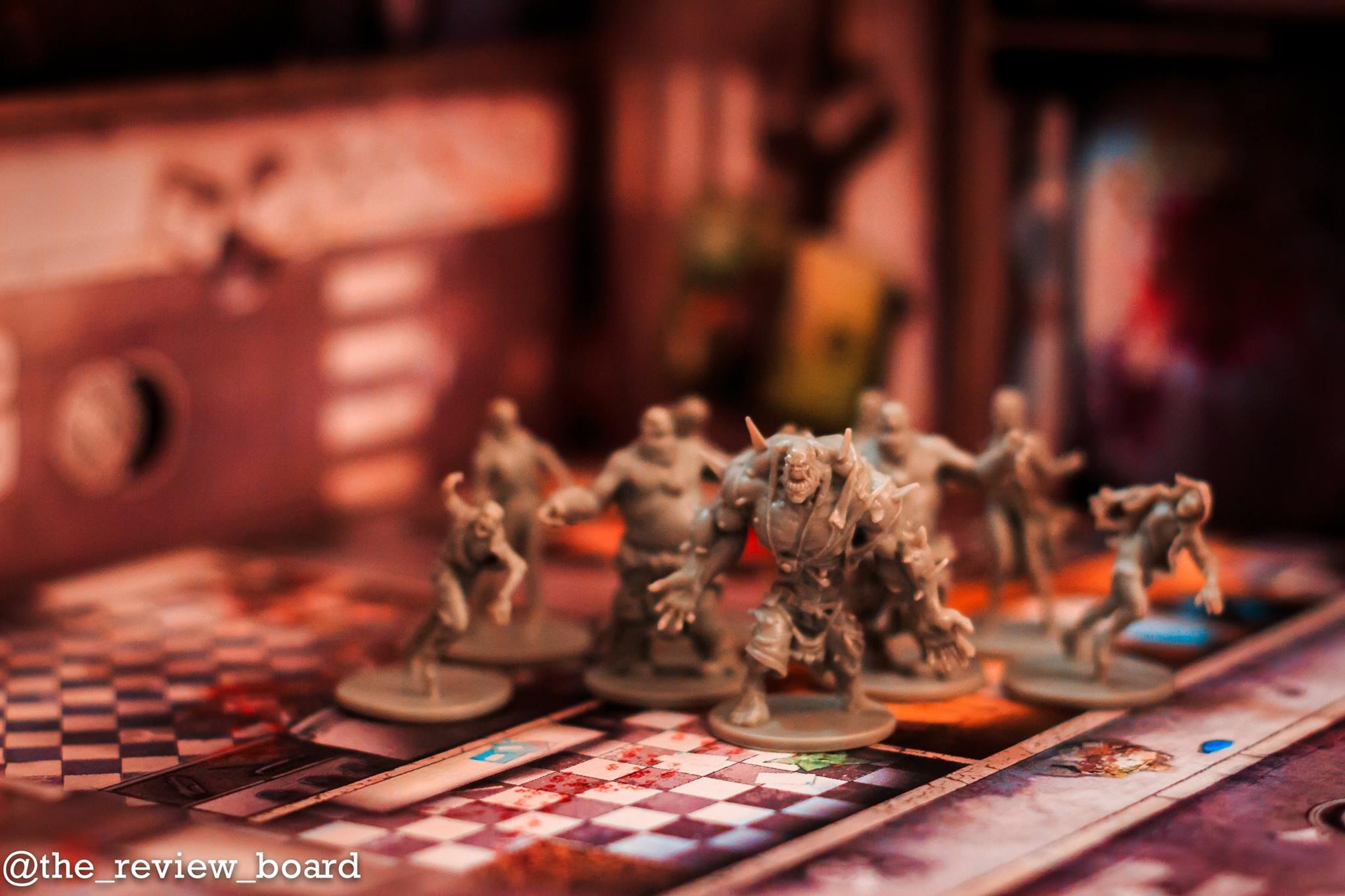 Betrayal at House on the Hill: 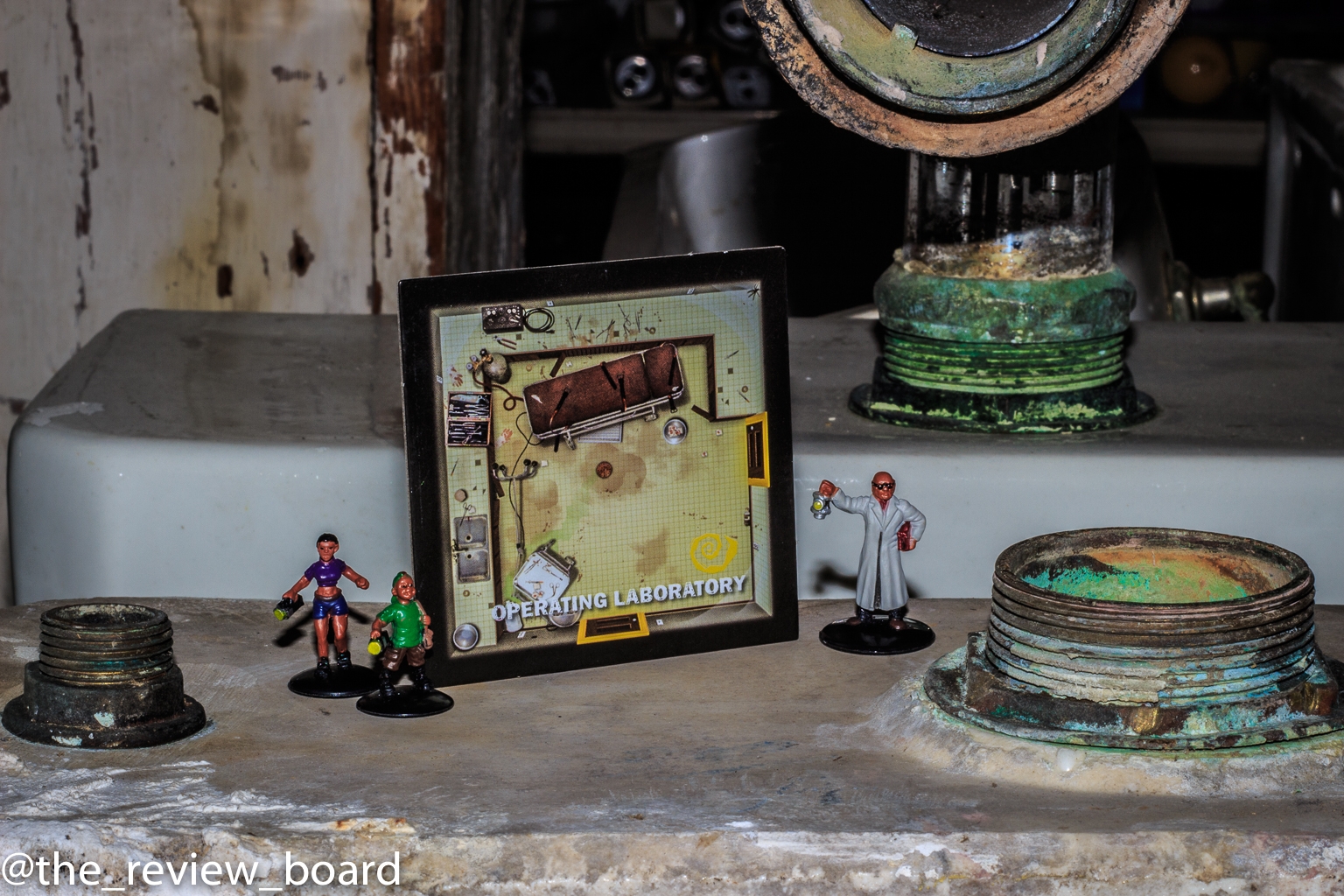 â€œI have a great idea! Let's explore this creepy house on the hill; Itâ€™ll be fun!â€ Said no one ever.
Betrayal at House on the Hill gives 3-6 players the opportunity to do what every horror movie teaches us you shouldnâ€™t do: explore a haunted house (yes, definitely split up. Thatâ€™s clearly the safest thing to do). While exploring the darkest corner of the house you might encounter the thing that is lurking in the dark. It might even be one of your fellow explores, who is now ready to betray you and kill every one of you. With 50 haunt scenarios and random rooms selection, every game is different than the one before. 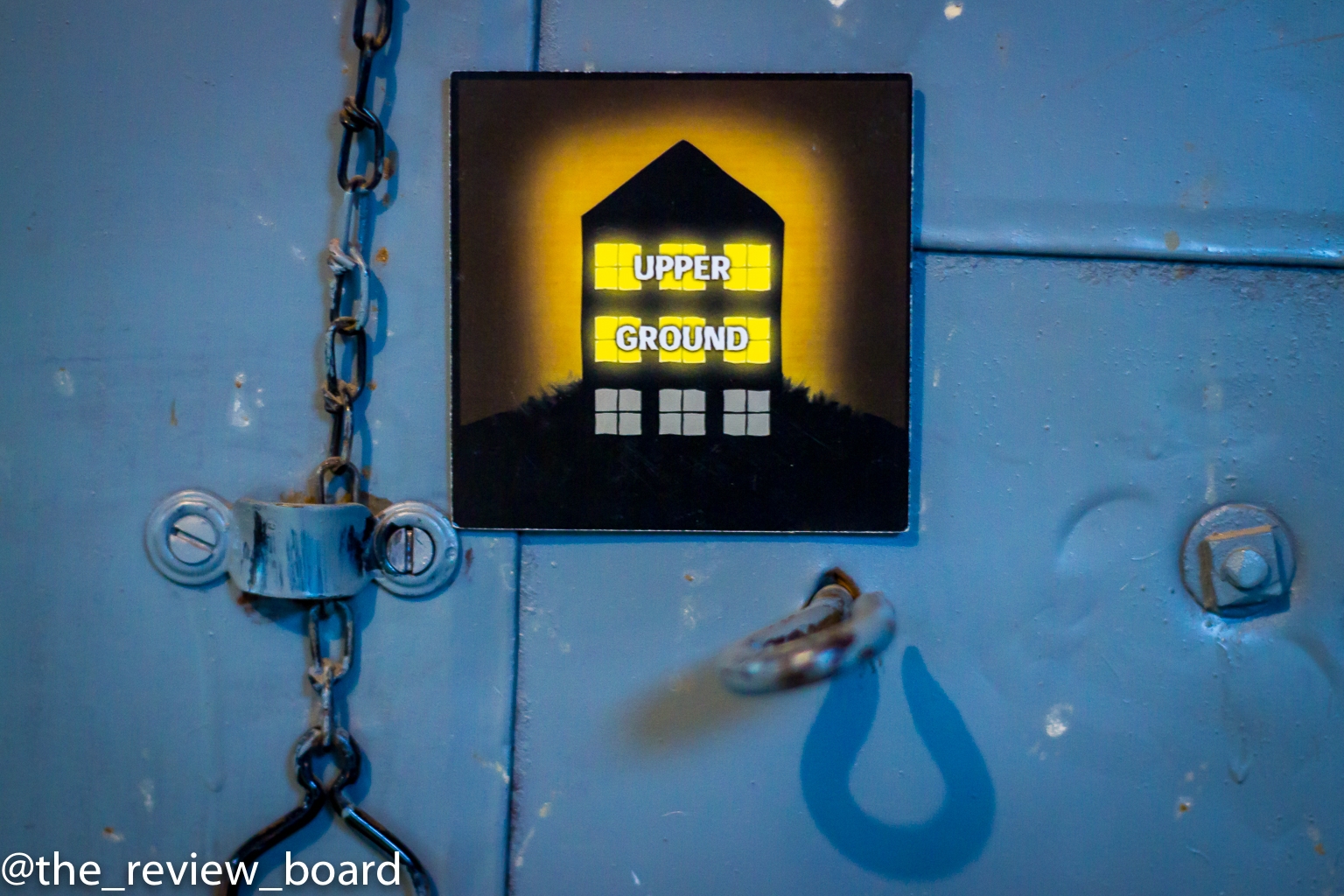 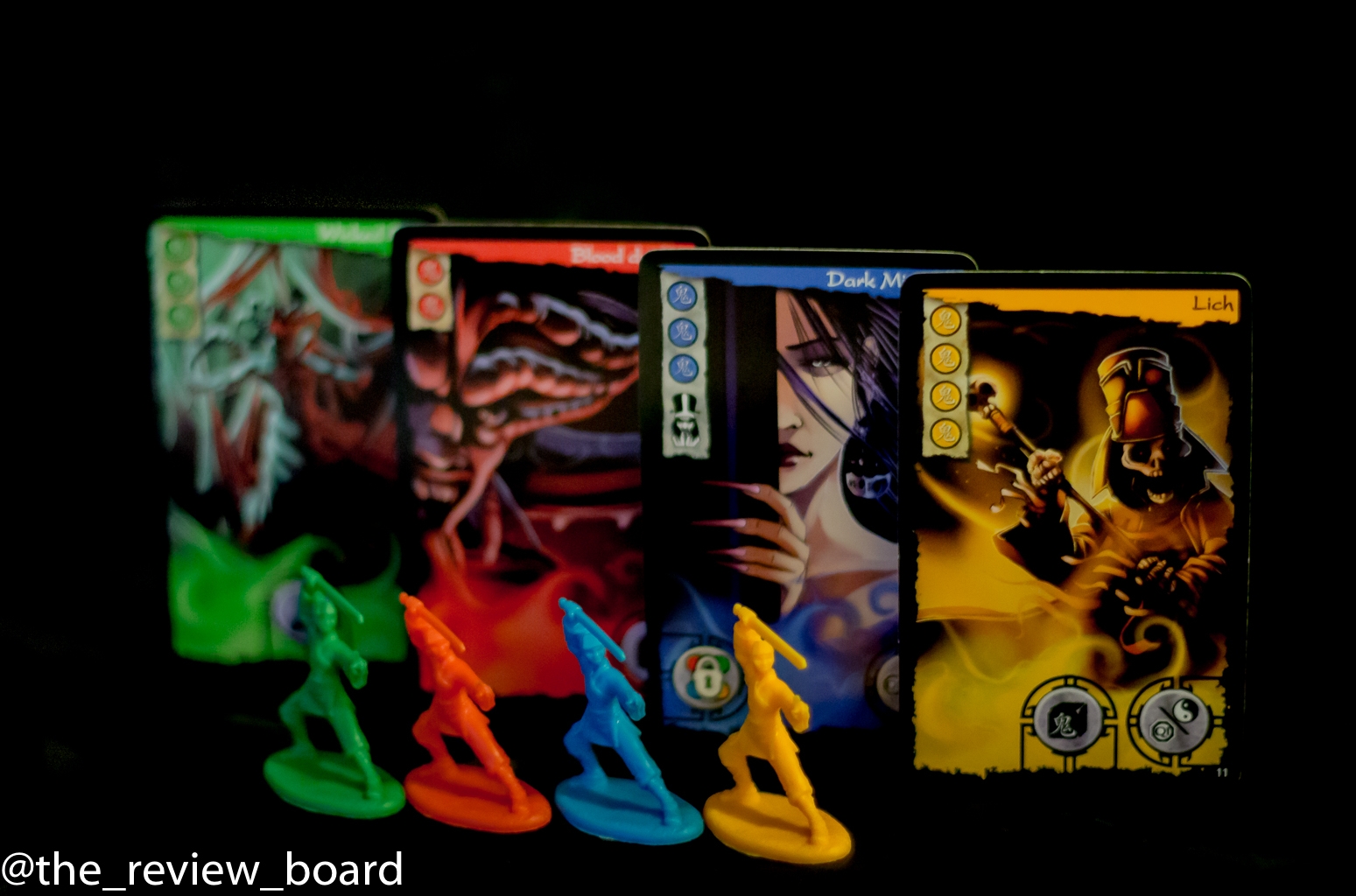 Have you ever played Tokaido by Antoine Bauza and thought to yourself â€œThis is too peaceful. I wish the lord of hell showed up and tried to return to life on earthâ€? Yeah, me neither.
Ghost Stories is a challenging cooperative game for 1-4 players. Players take the role of Taoist monks who are trying to protect a village from Wu-Feng (the lord of hell) and his army of evil ghosts. Each Taoist monk has a unique ability and you and your fellow monks will have to balance these abilities as you try to send Wu-Feng back to hell. 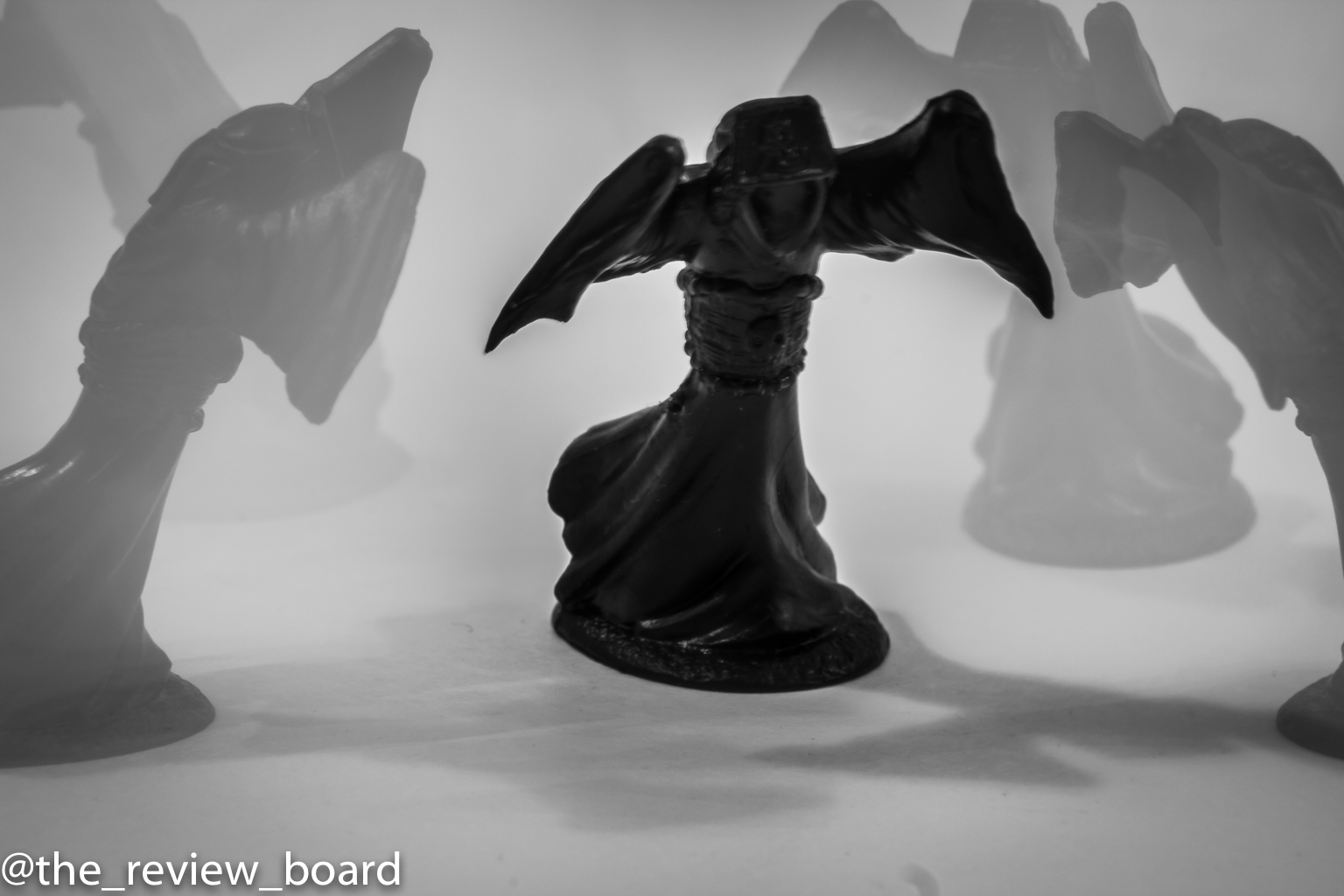 Dead of Winter: The Long Night: 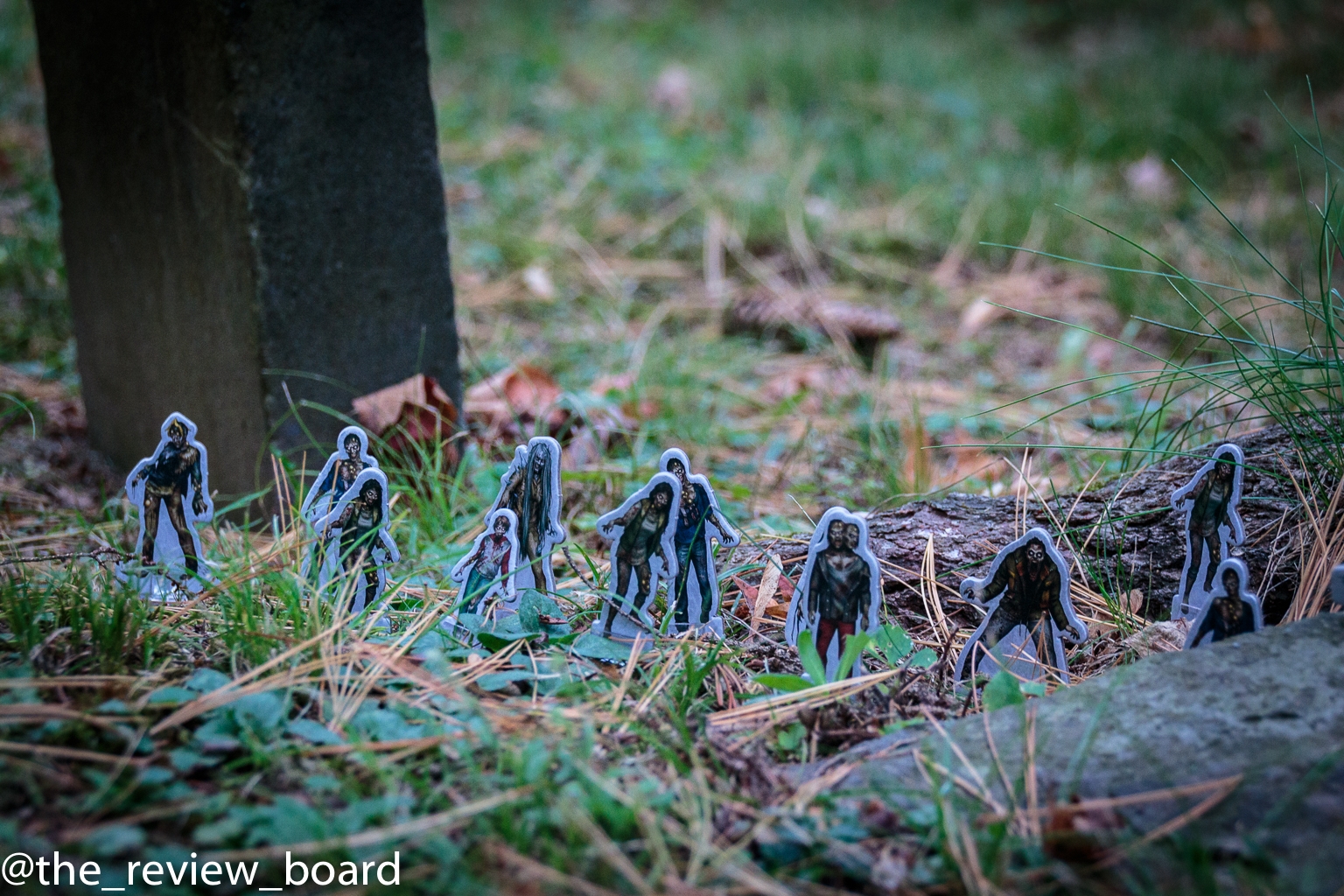 Dead of Winter: The Long Night is a standalone expansion to Dead of Winter that introduces two new locations to the game: Raxxon (where horrible experiments take place) and the Bandits Hideout.
Dead Of Winter is a cooperative game for 2-5 players trying to survive winter in a post-apocalyptic world filled with zombies. They have to deal not also with gathering food, the psychological toll of the end of the world, and zombies, but also have to stay alert because you never know who you can trust and who might stab you in the back. Are you being paranoid? Yes? Maybe? The only question you need to ask yourself is this: Will you survive?

Yer a wizard, Harry! Finally, if you just want to relax and avoid ghosts, zombies and haunted houses, you can always just fight He Who Must Not Be Named. Harry Potter: Hogwarts Battle is a cooperative deck builder game for 2-4 players. You play one of 4 characters (Harry, Ron, Hermione, and Neville) trying to protect the wizarding world from Lord Voldemort. In each game, you have to protect a set of locations from falling into the control of the Dark Lord. Do not fail! If youâ€™ve already finished the 7 games (representing the 7 books), check out the new The Monster Box of Monsters, which will take you deeper into the Forbidden Forest. 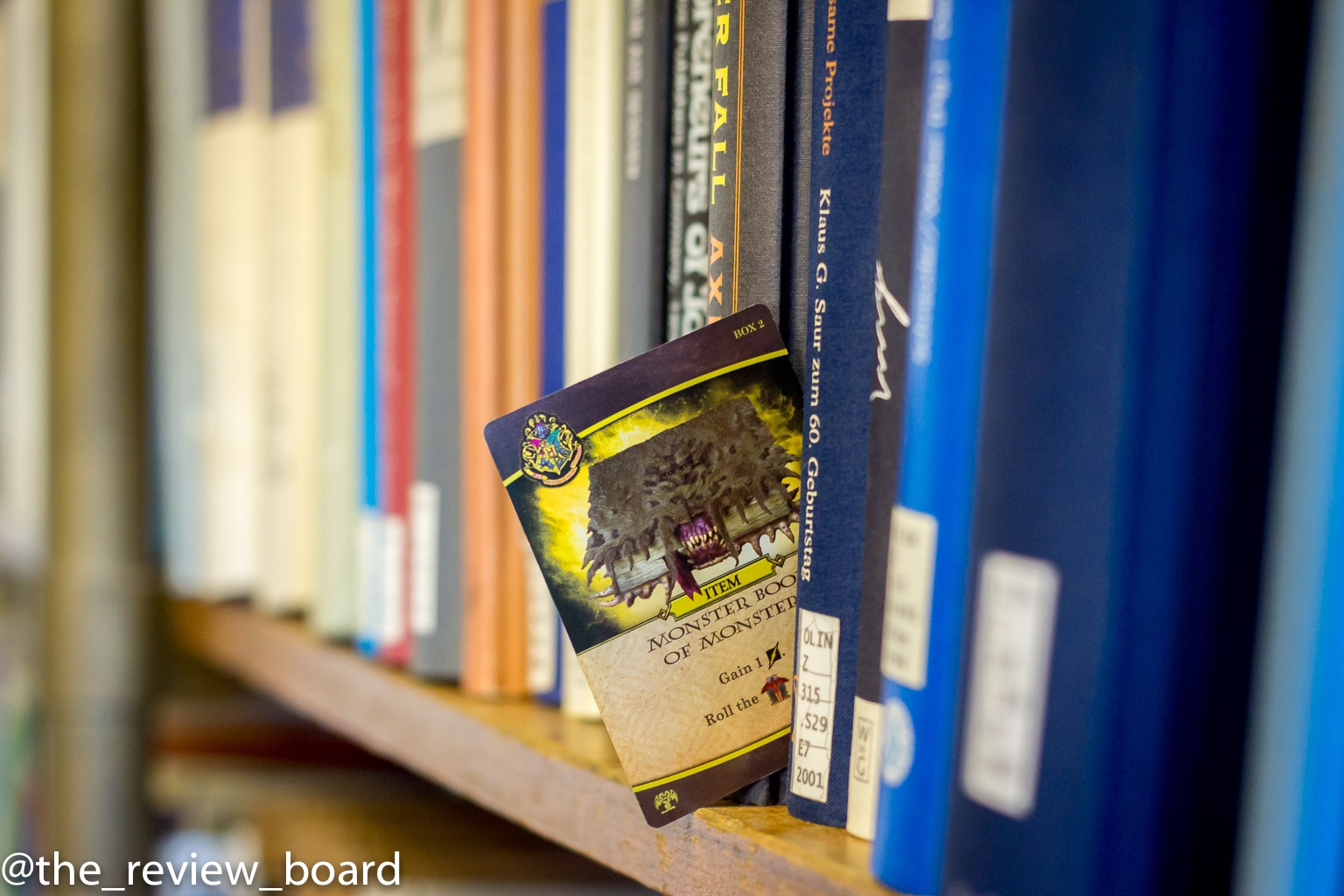 With that, Iâ€™ll wish you a sinister and ghostly game night that will inspire fear and send shivers down your spine. Happy Halloween!