This is the 2nd part of my NYC Toy Fair photo story. Part 1 covered games by Happy Planet, Calliope Games, UltraPro, Thames & Kosmos, Holy Grail Games, and Floodgate Games. If you missed it, you can find it here.

You know Forbidden Island and Forbidden Desert; now allow me to introduce Forbidden Sky by Matt Leacock. Forbidden Sky is a cooperative game, and not a lot is known about it at the moment. Unlike the previous two titles that were packed in a tin box, Forbidden Sky will be published in cardboard box. 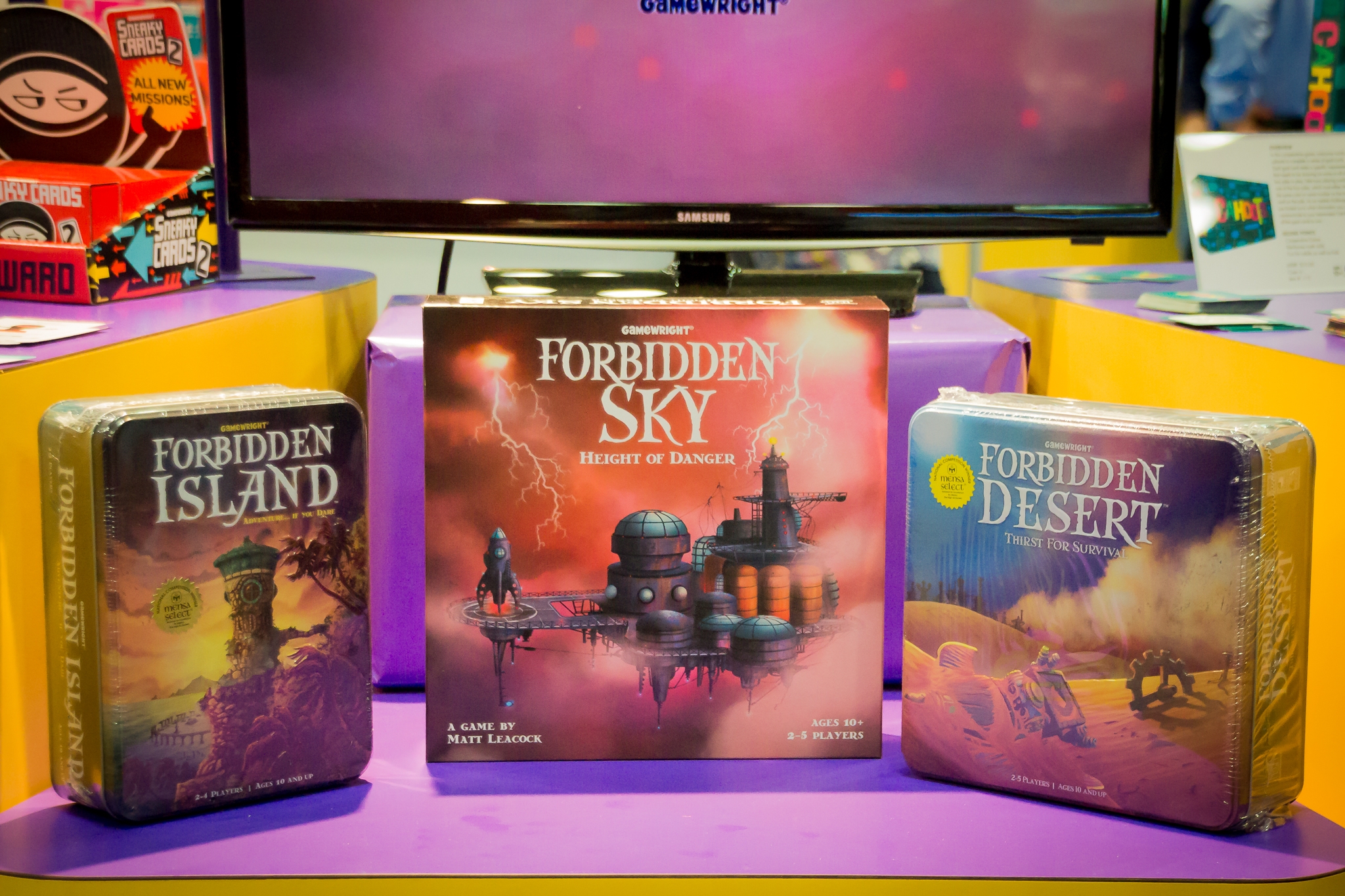 Sneaky Cards 2 is a standalone expansion of the original game Sneaky Cards from 2015. The game contains 54 new missions for you to complete. In Sneaky Cards, players play as secret agents who try to spread fun and joy in the world by completing their cardsâ€™ objectives and passing them on to strangers. You complete a task with a stranger, e.g., give a stranger a high five, and then you hand the card over to that person, who now has to continue the chain. Strangers can log their actions online so the owner of the deck can follow that chain. 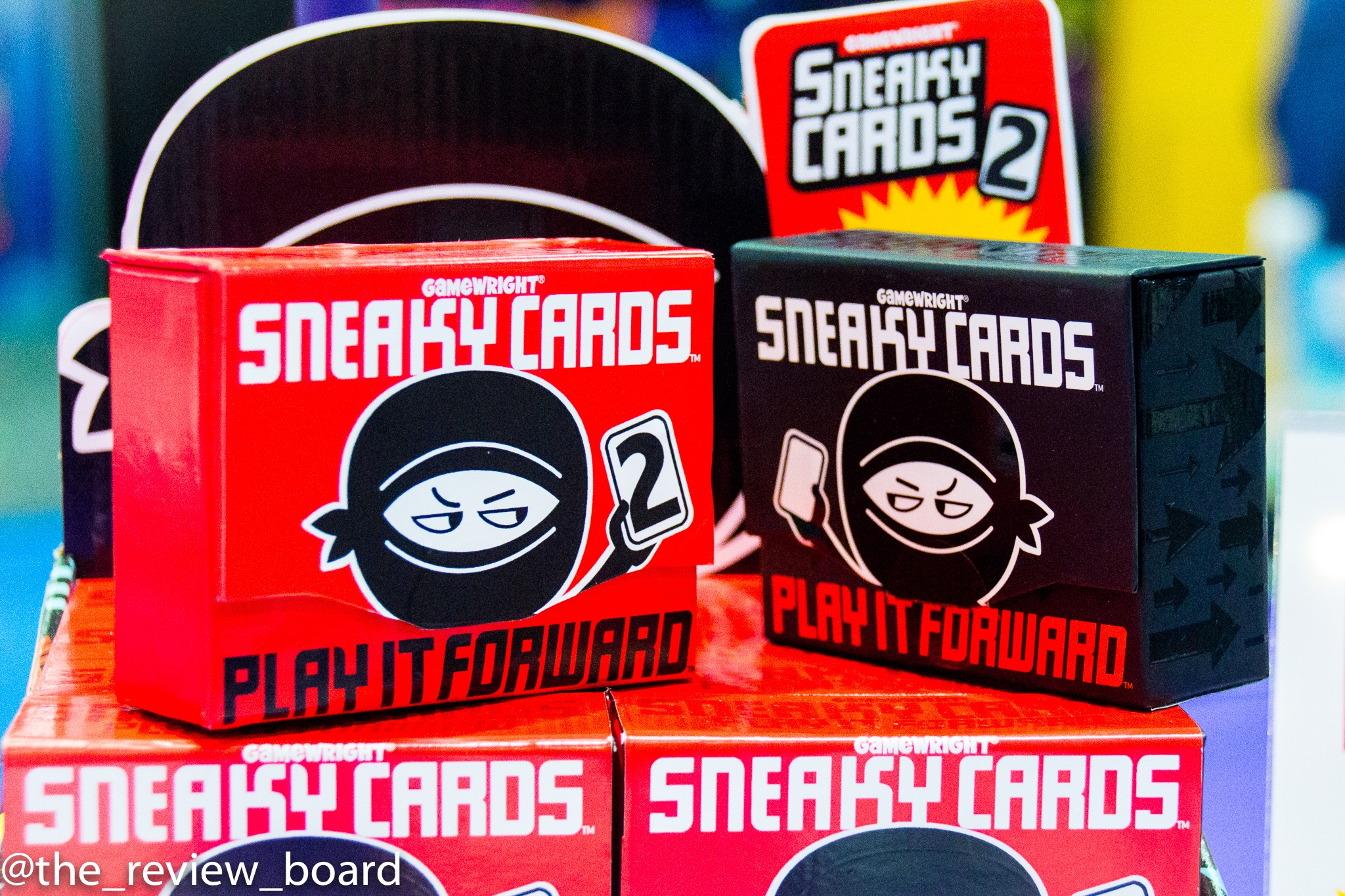 Cahoots is a cooperation game for 2-4 players in which players have to play cards to one of four piles by matching a color or a number. Each pile has a unique goal, e.g., all cards in a pile must be green or orange, and players have to meet these goals in order to win. What makes the game exciting and stressful is that players cannot communicate what's in their hands. 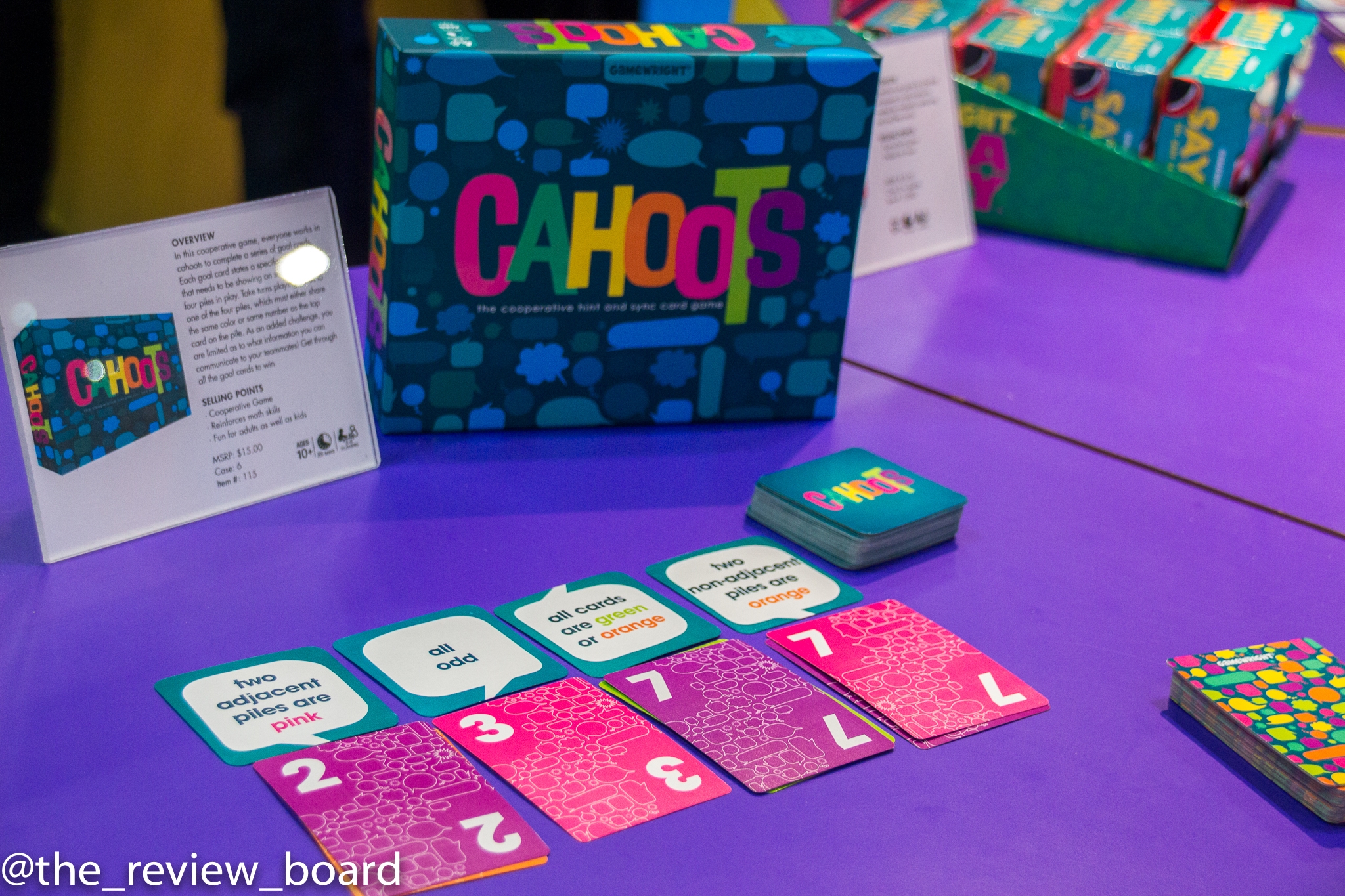 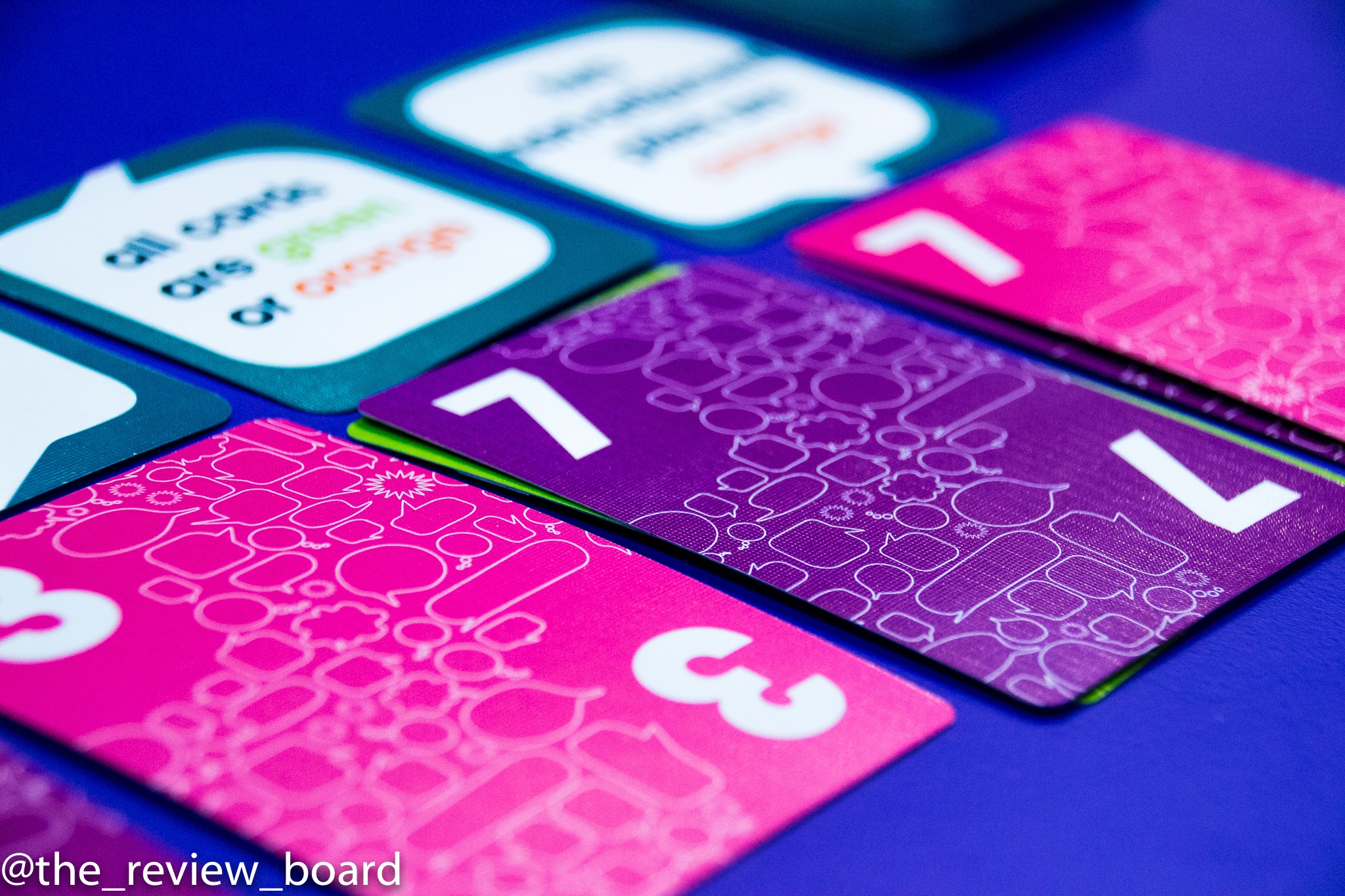 Trash Pandas is a 2-4 players game in which players play as raccoons that search the trash for food and objects. Trash Pandas is a push-your-luck game that uses a custom die to interact with the cards. The game ends once the deck runs out of cards and the raccoon with the most points wins. 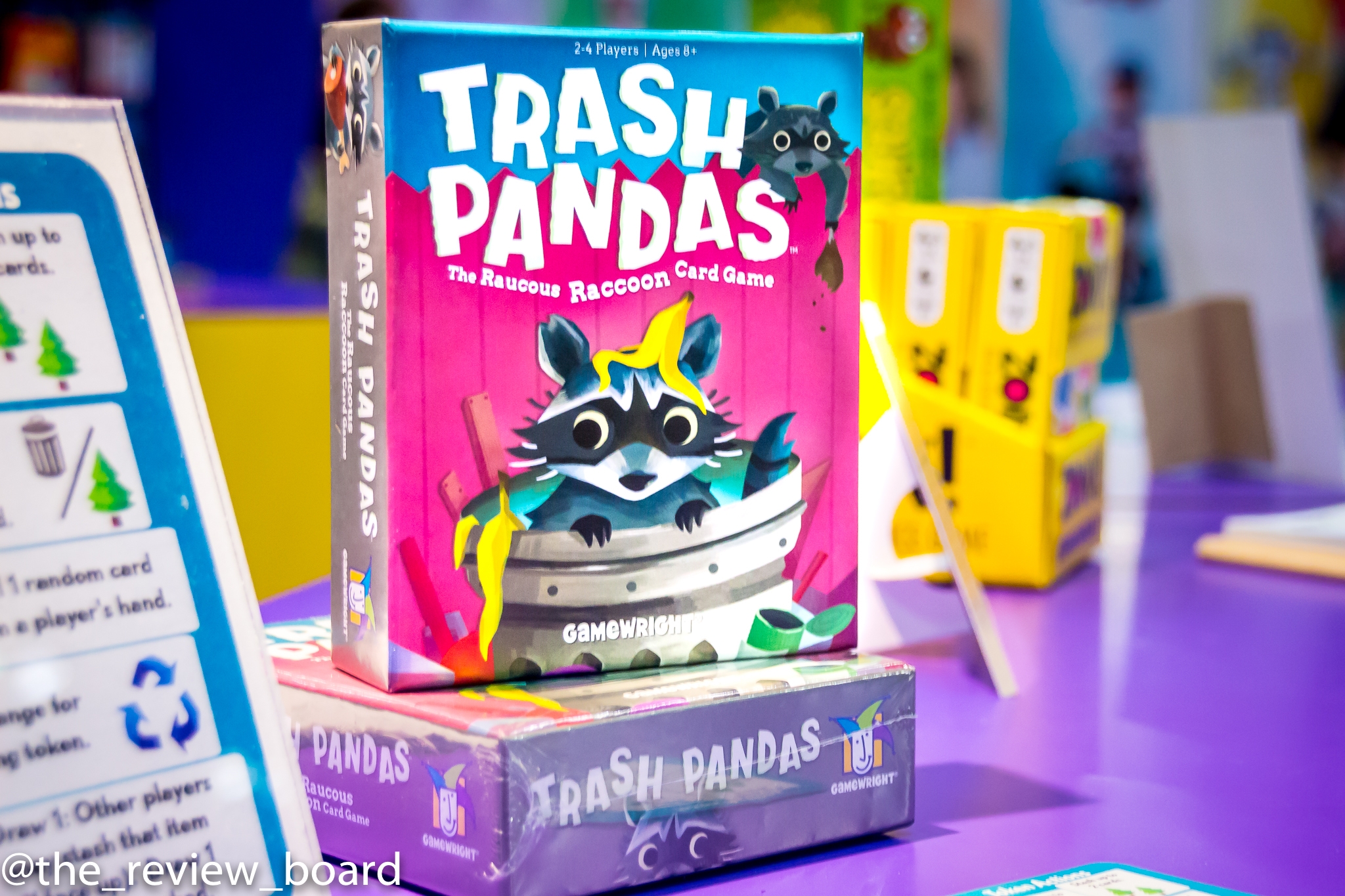 Zoinx! is a quick push-your-luck dice game for 2-4 players. Players secretly predict how many dots the current player can roll in an attempt to score points. Then the current player keeps on rolling the four dice until she or he gets to the desired number of dots or Zoinx (rolls all squares); in that case, points go to the players who bet against you. 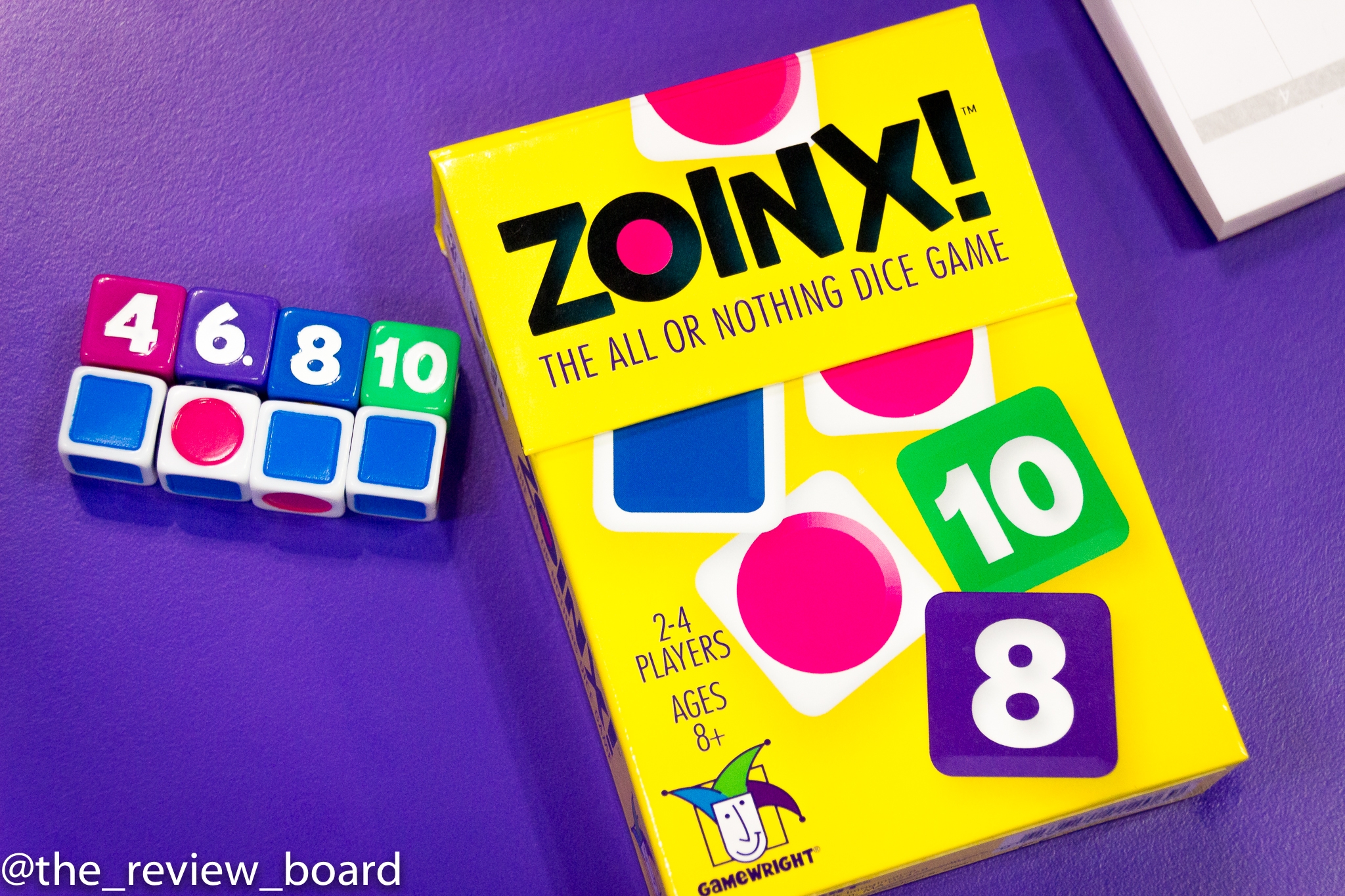 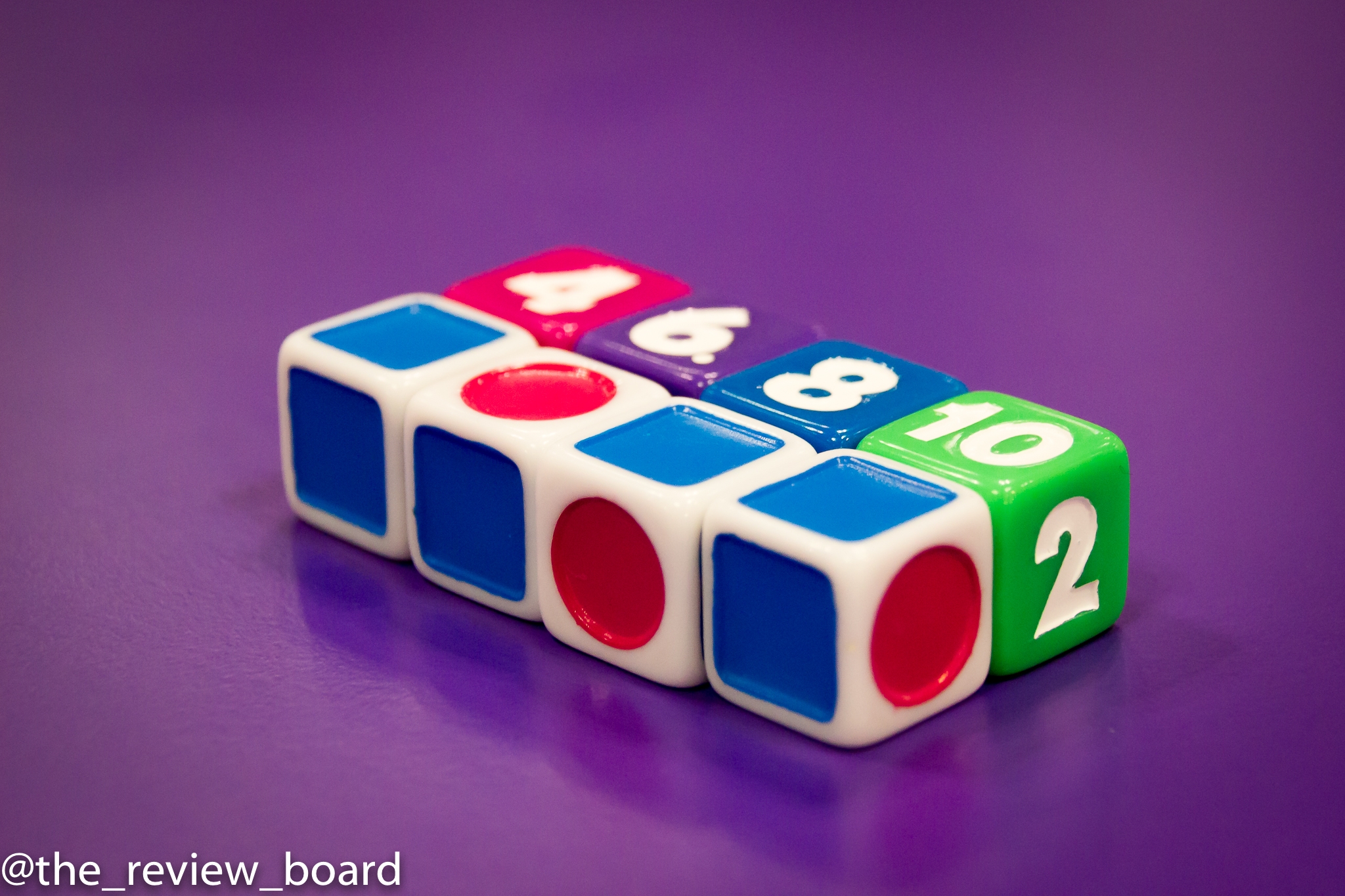 Pictomania is a 3-6 players drawing game in which players draw and guess what others were drawing. Players do so in an attempt to score points. Pictomania is an older title that was released in 2011 and is being re-released this year. Please note that the box in the picture is a work in progress and the art might change. 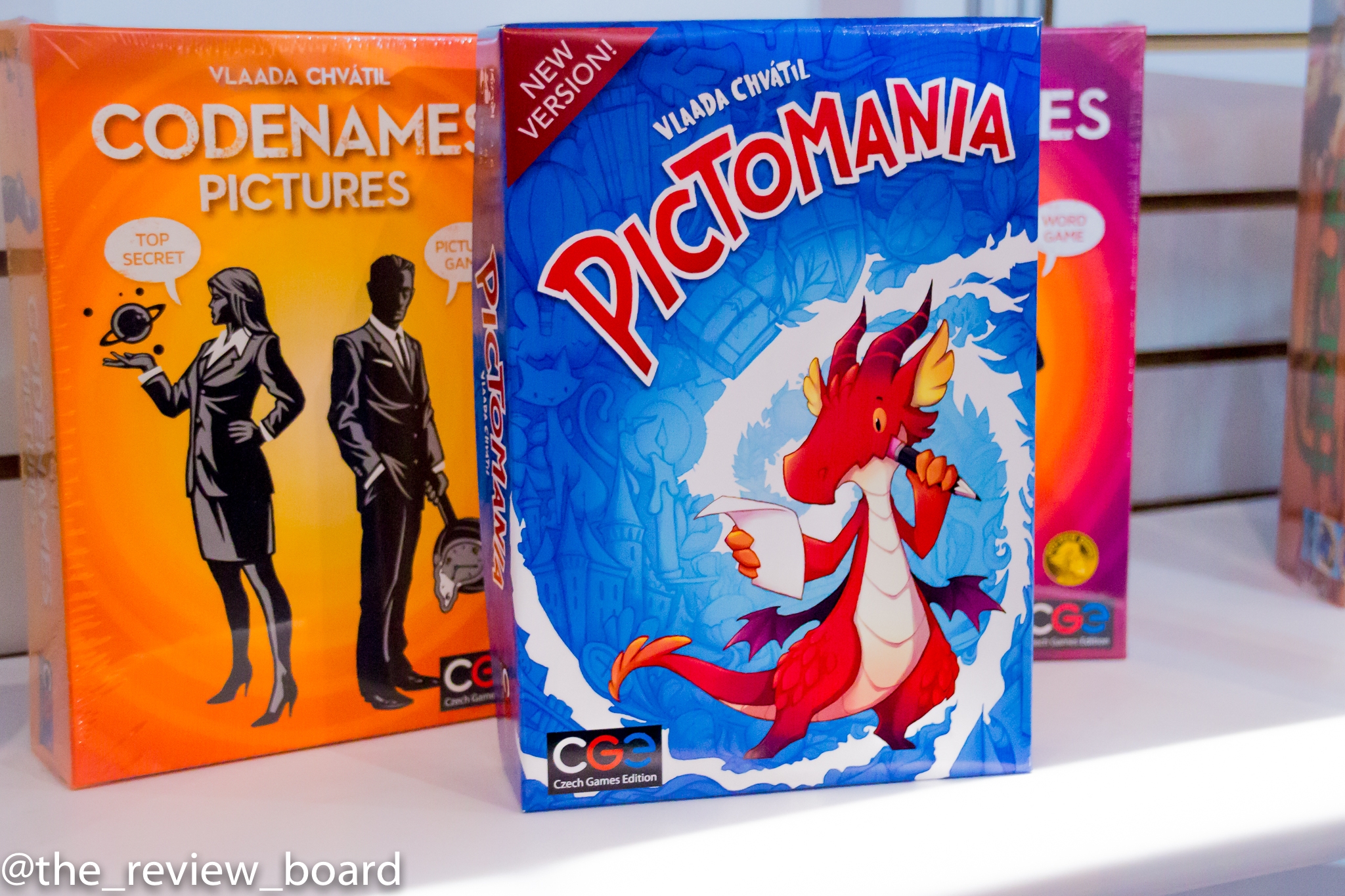 Prowlerâ€™s Passage is a 2 player game in which players play as thieves who build a network of underground passages to go into the city and secure valuable items, with the goal of taking control over districts and winning the game.

Lucidity: Six-sided Nightmares is a press-your-luck dice game for 2â€“4 players in which players try to collect 15 power symbols on their dice in order to free themselves from the dream world. Players randomly draw a number of dice from a shared bag and return two to the bag. Each die face has an effect and players can push their luck or rest to clear some of the effects. Players might turn into nightmares; this changes their objective completely. Player can still win as nightmares, but their objective is to consume the dreams of the remaining players.

The Tea Dragon Society (a work in progress, box and art arenâ€™t final) is a card game with some deck building mechanism for 2-4 players that is based on the Oni press graphic novel The Tea Dragon Society. Players play as the owners of tea dragons who try to grow and strengthen their bond with their dragons by either playing cards from the deck or by buying new cards to improve their deck.

Junk Orbit (a work in progress, box and art arenâ€™t final) is a 2-5 player game in which players play as space captains who own scavenging spaceships that collect space junk and transport it to different cities. The game uses a challenging yet well-designed gravitational movement (your spaceship performs a figure 8 movement to move from one planet to another), and it requires you to throw trash from your ship in order to advance.

Fluxx - two new versions of Fluxx are scheduled to be released this year. The first is Fluxx Anatomy, and the second is Star Trek Fluxx. 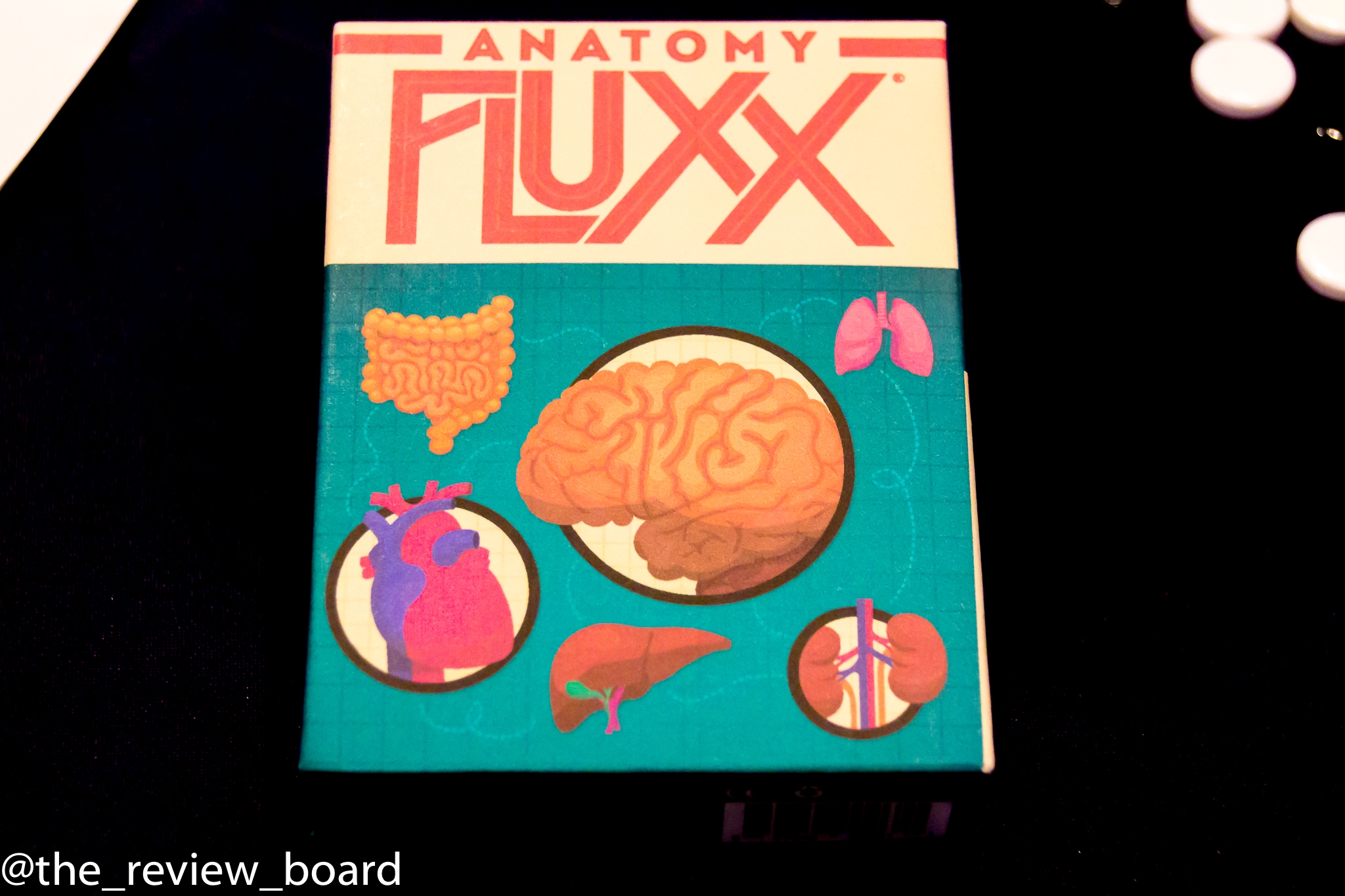 Get the MacGuffin is a quick and fun deduction and hand management game in which each player tries to eliminate the others and be the last one with cards in his or her hand. The player who owns the MacGuffin is likely to win (you cannot discard it), but it is a hard task to hold onto it. 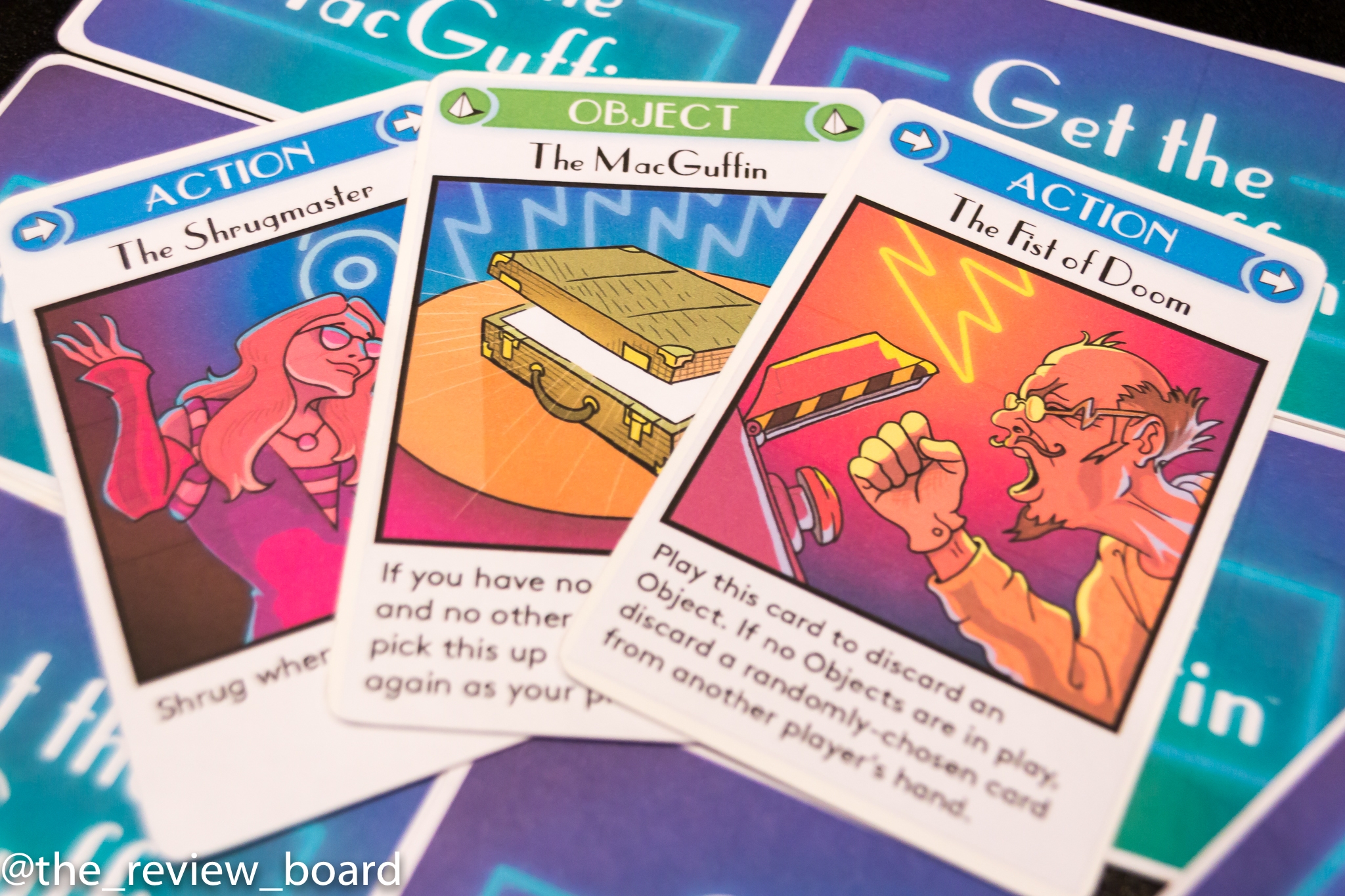 Magic the Gathering - Dominaria and the Core Set were displayed at the Hasbro booth. 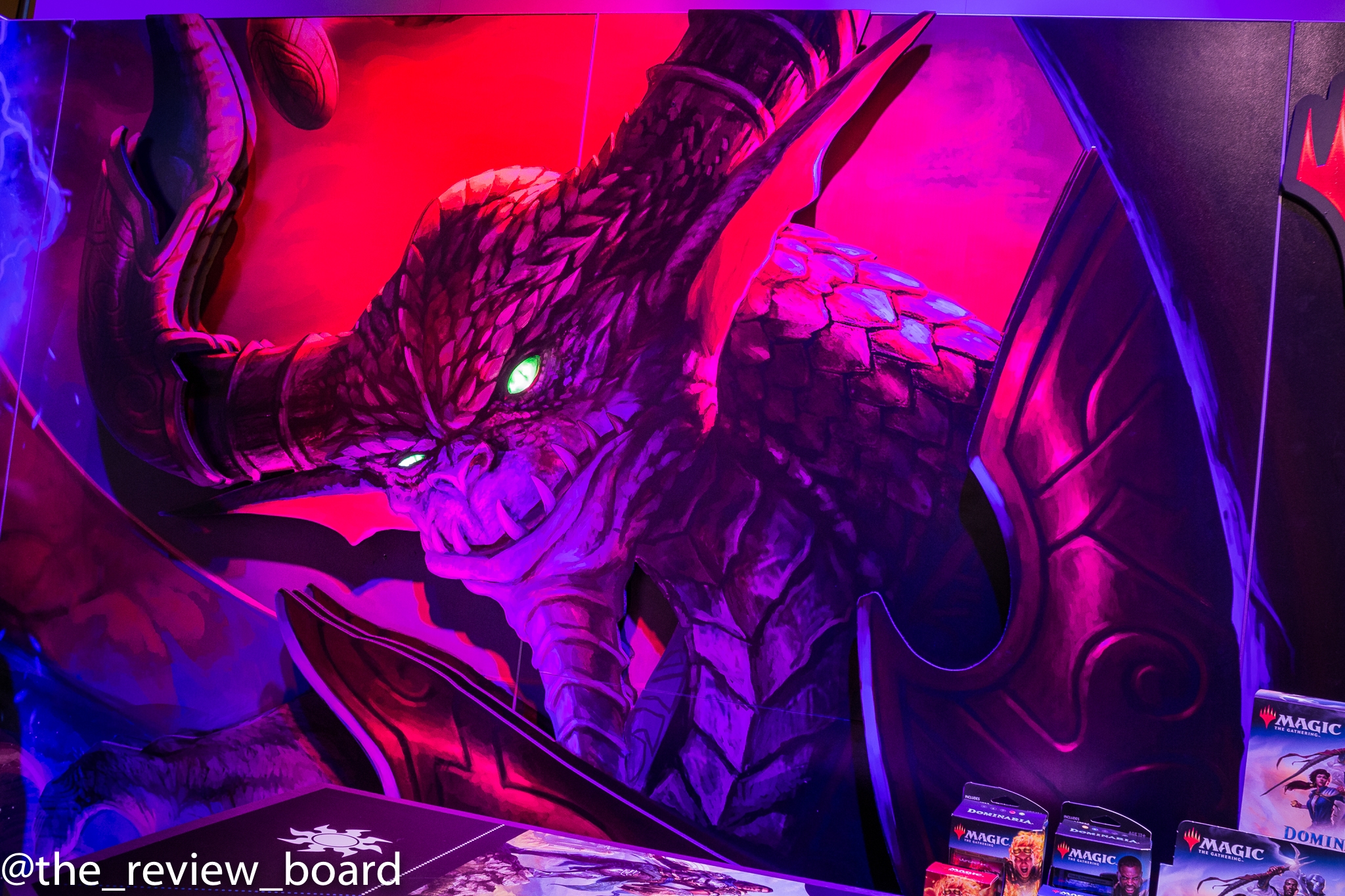 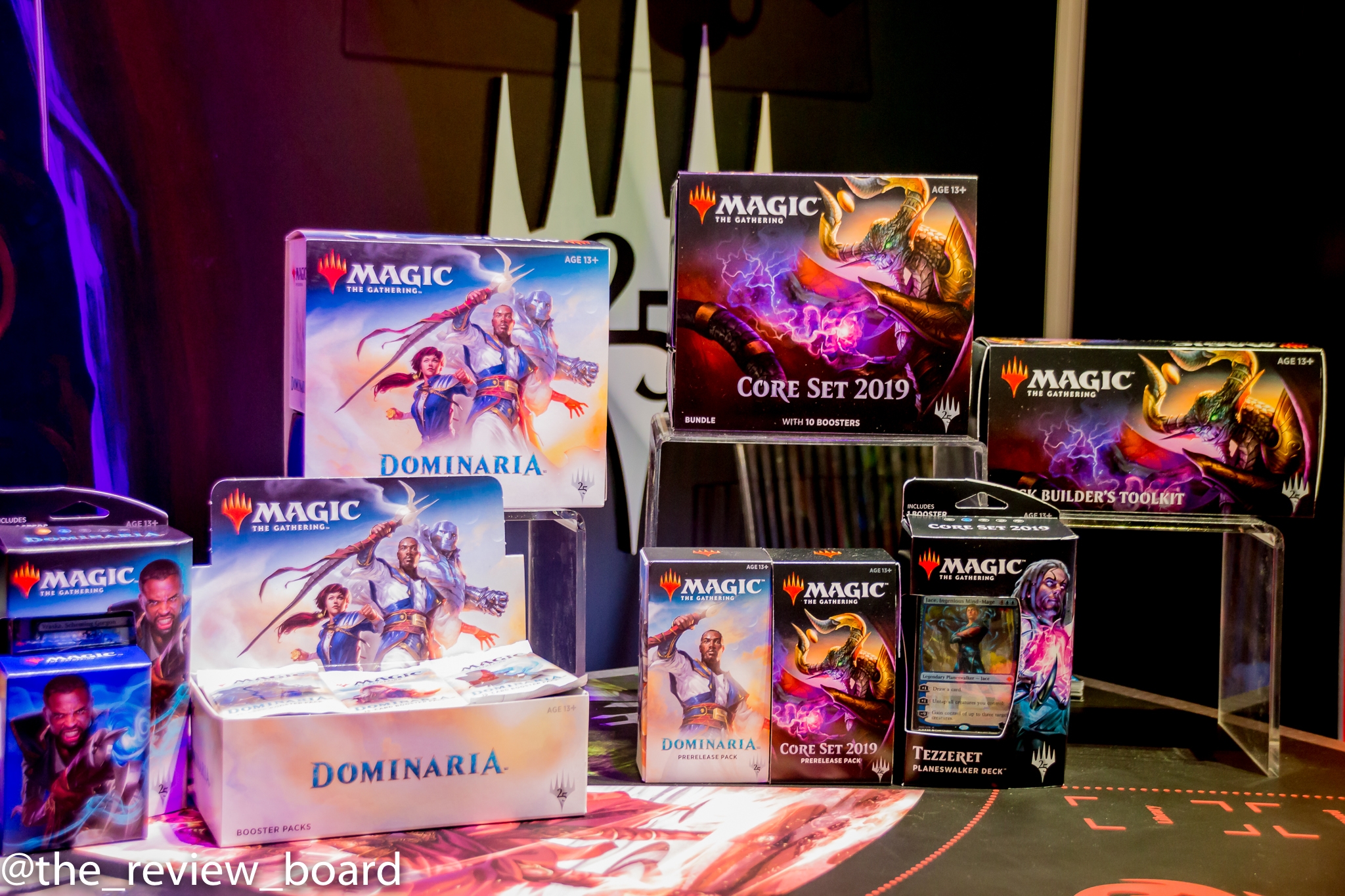 DropMix - a new set of country music cards, as well as 10 new variety packs, are currently available for purchase. 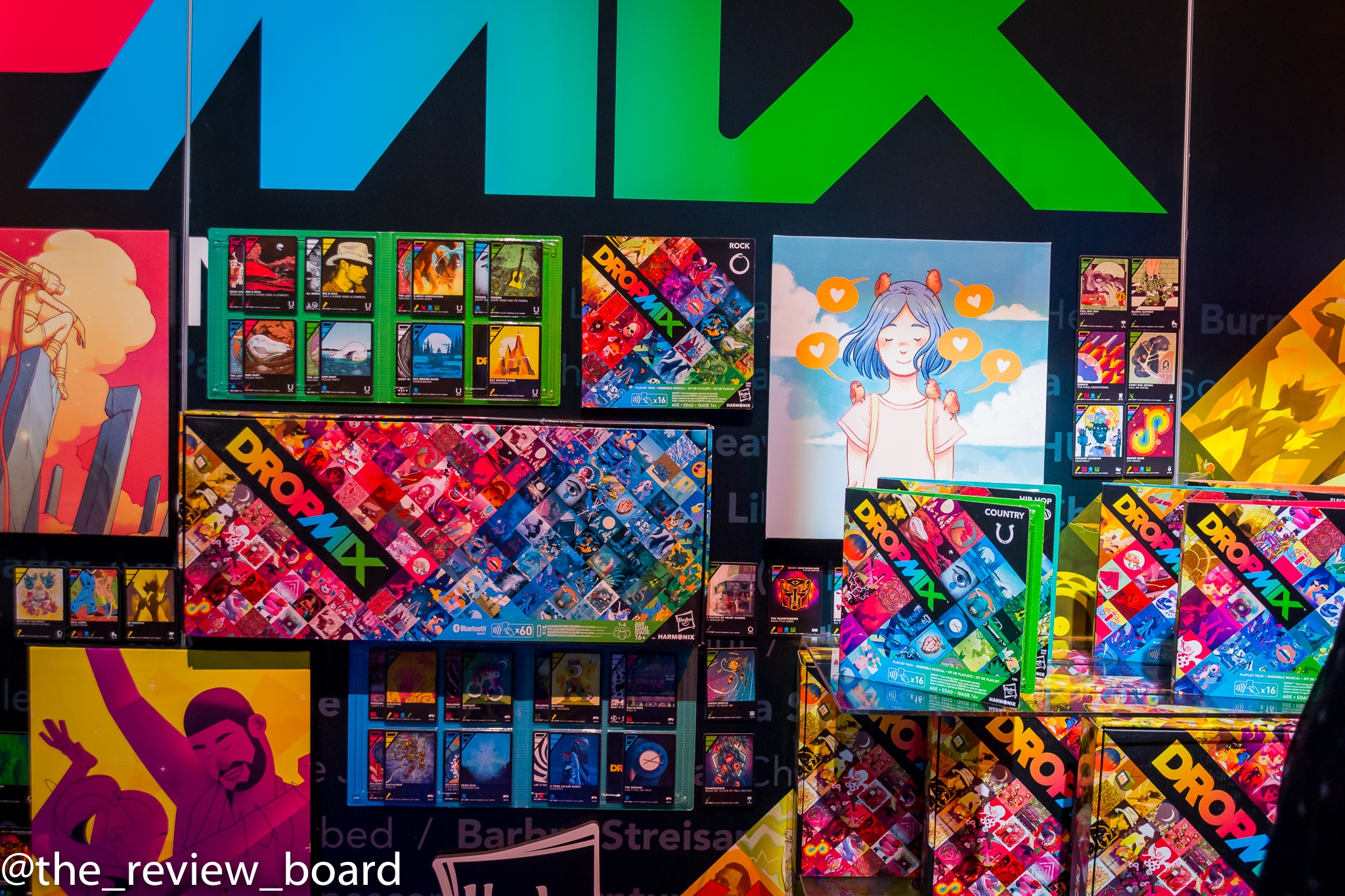 Monopoly Cheaters is a new version of monopoly in which players have cheating objectives in addition to the regular monopoly objectives. All playersâ€™ tokens were re-designed to have some sort of a â€œcheatingâ€ element, e.g., the T-Rex has money in its mouth. 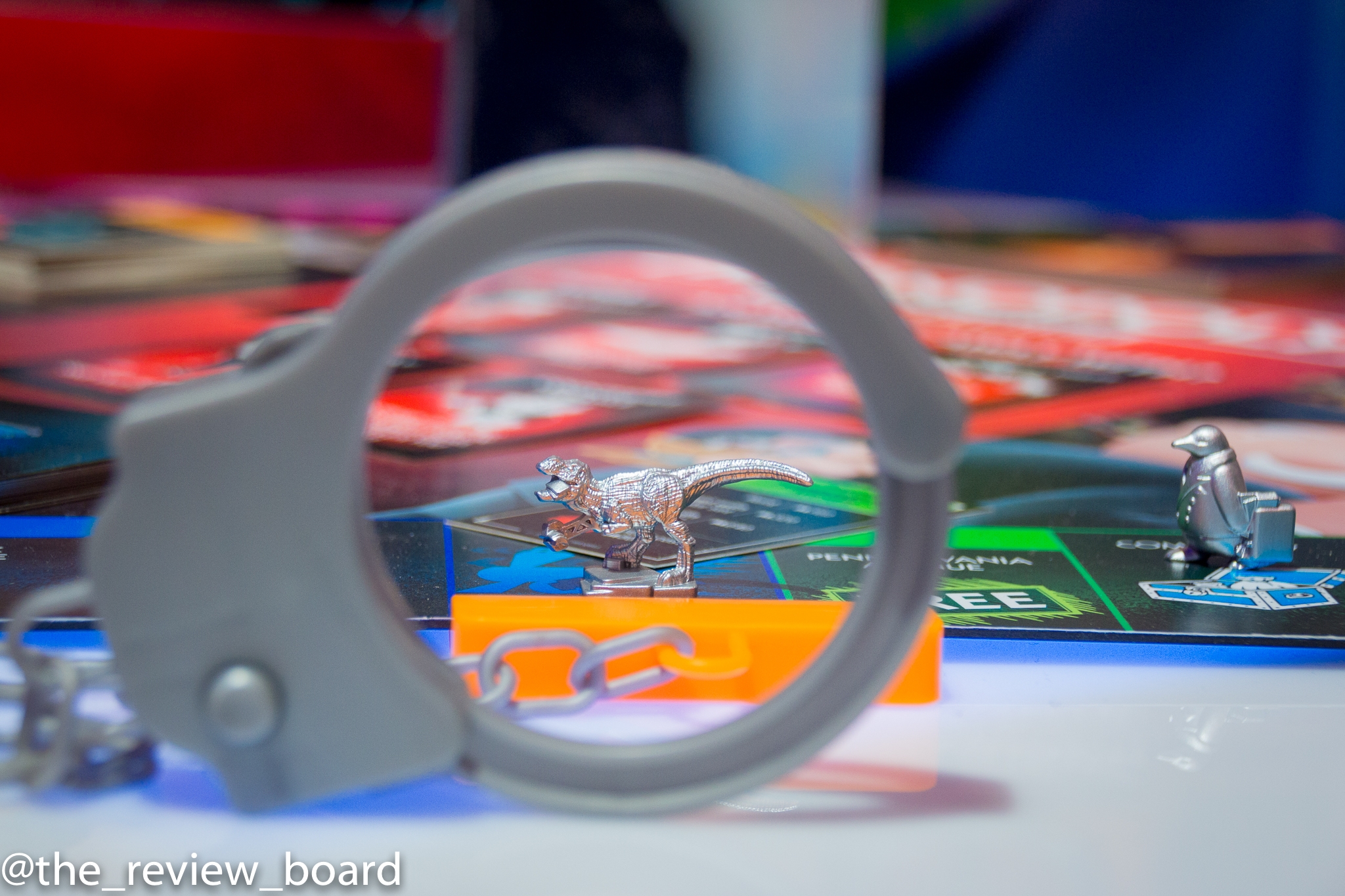 Firefly Adventures and Doctor Who Time of the Daleks. Two new expansions will be released later this year for these games. 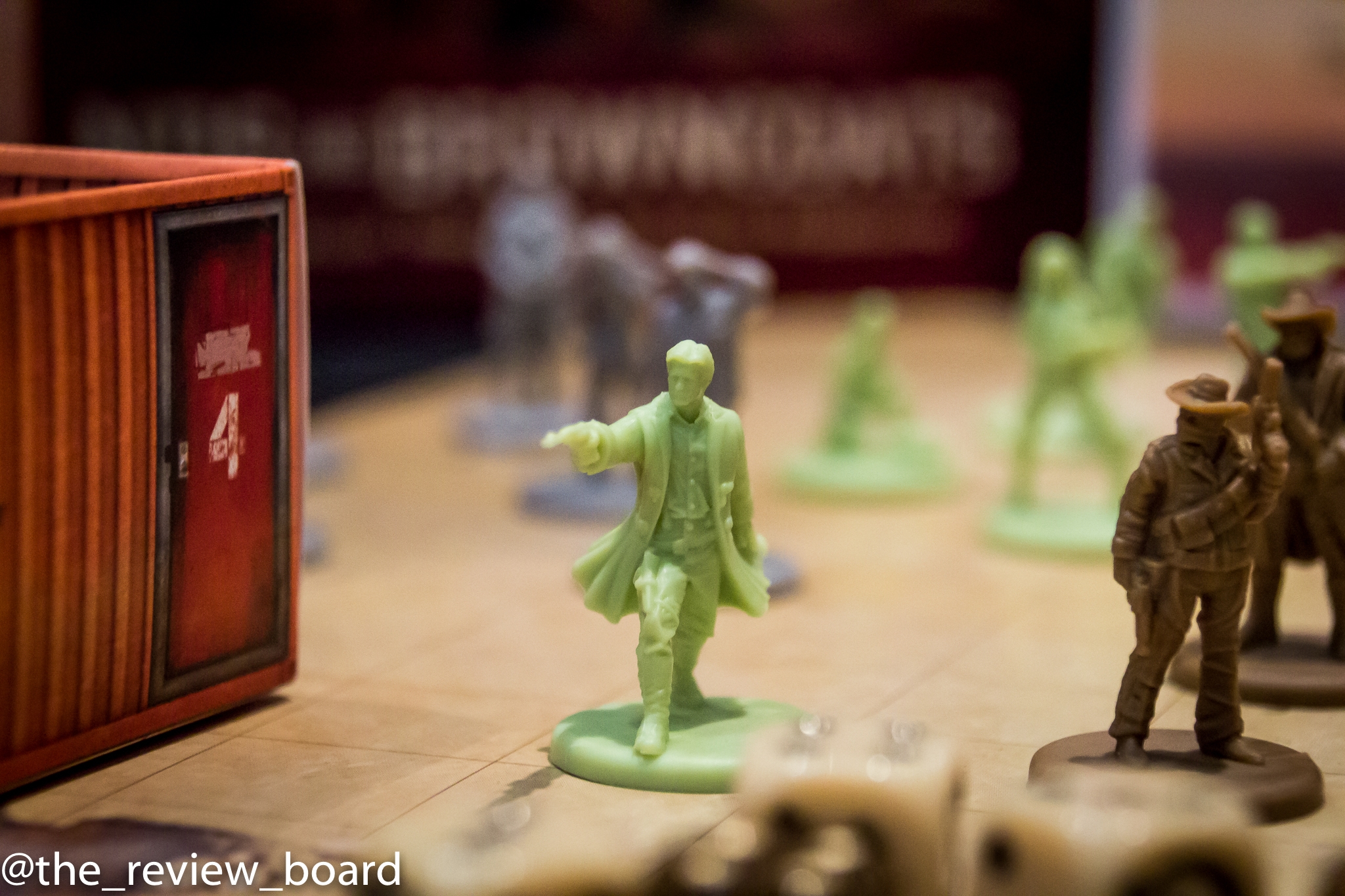 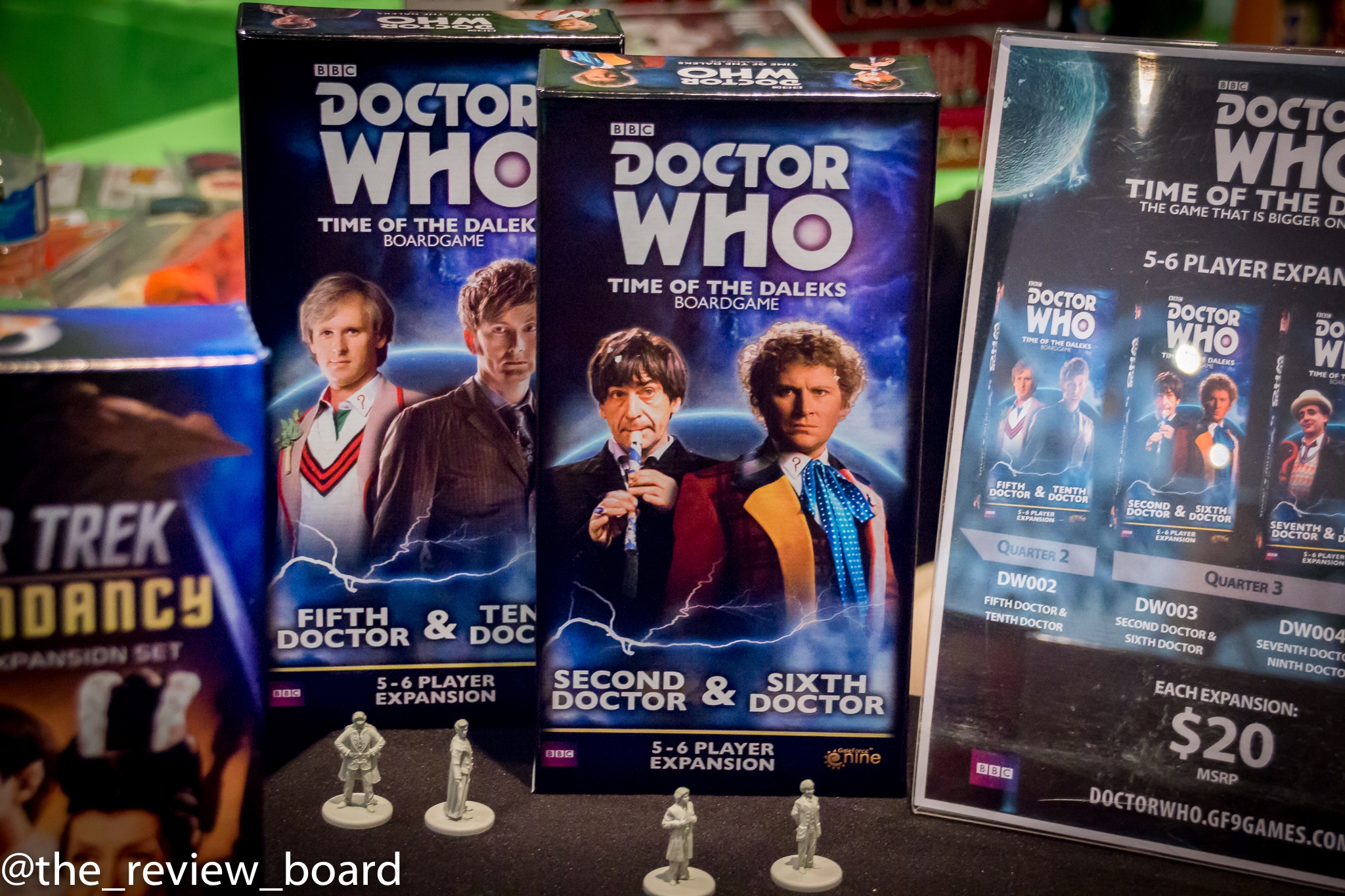 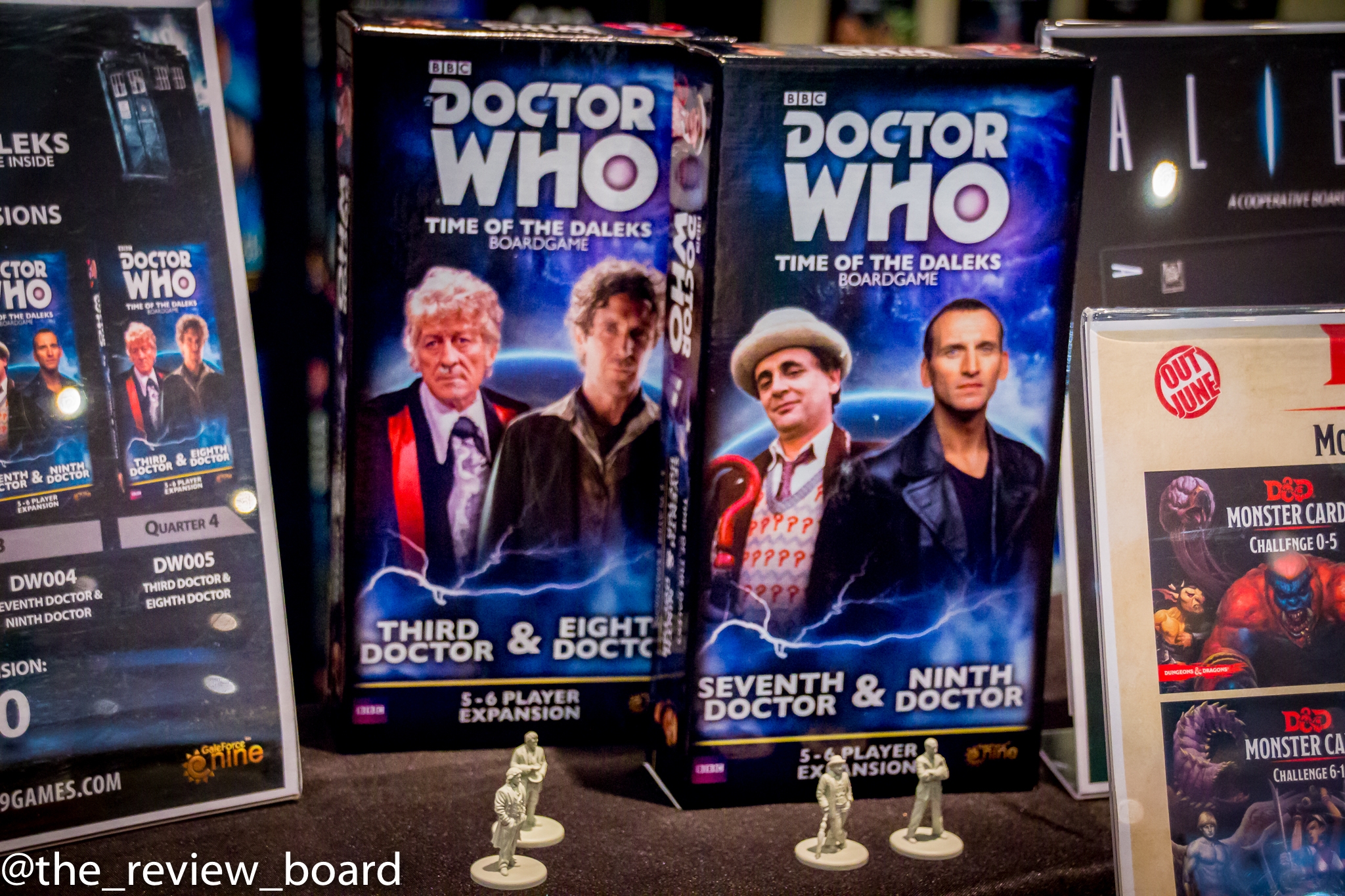 Aliens, a miniatures game set in the world of the Aliens movie, is scheduled to be released. 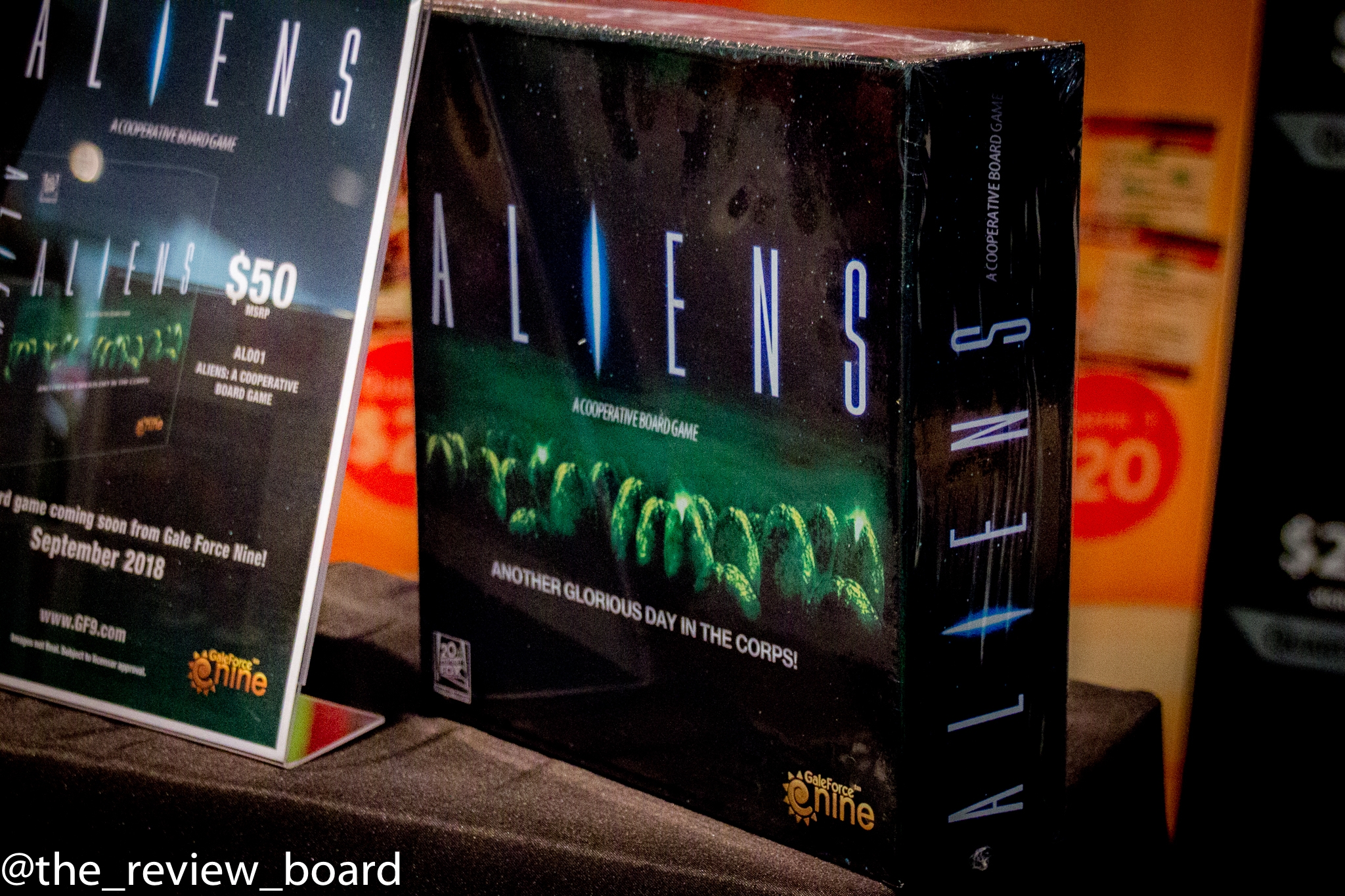 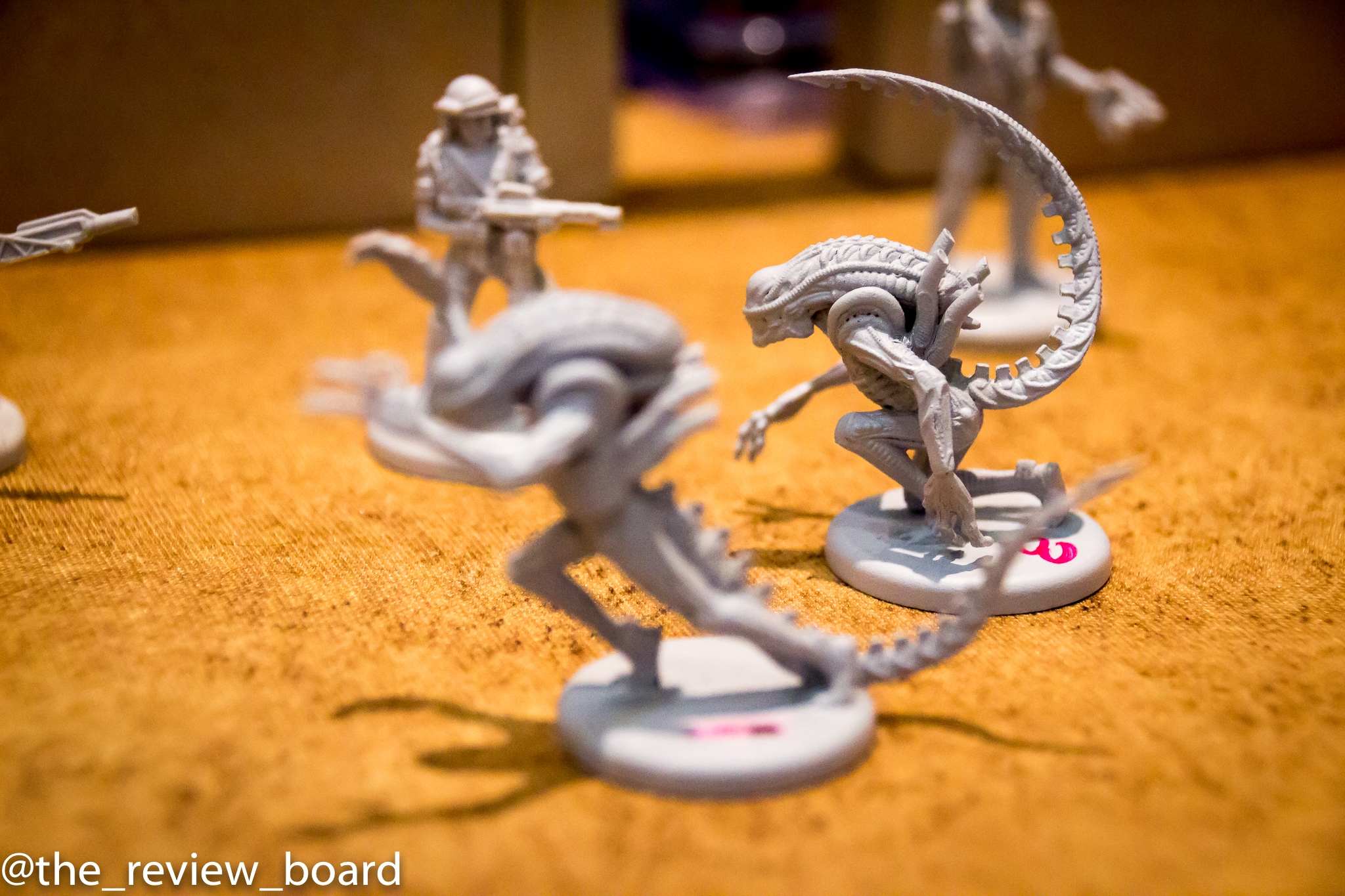 Nut So Fast is a hilarious speed/party game for 3-6 players by the new sub-brand, Smirk & Laughter. It is an energetic game of reactions in which players try to either grab nuts off the table or strike nutty poses before other players do. Nut So Fast is scheduled to be released in April. 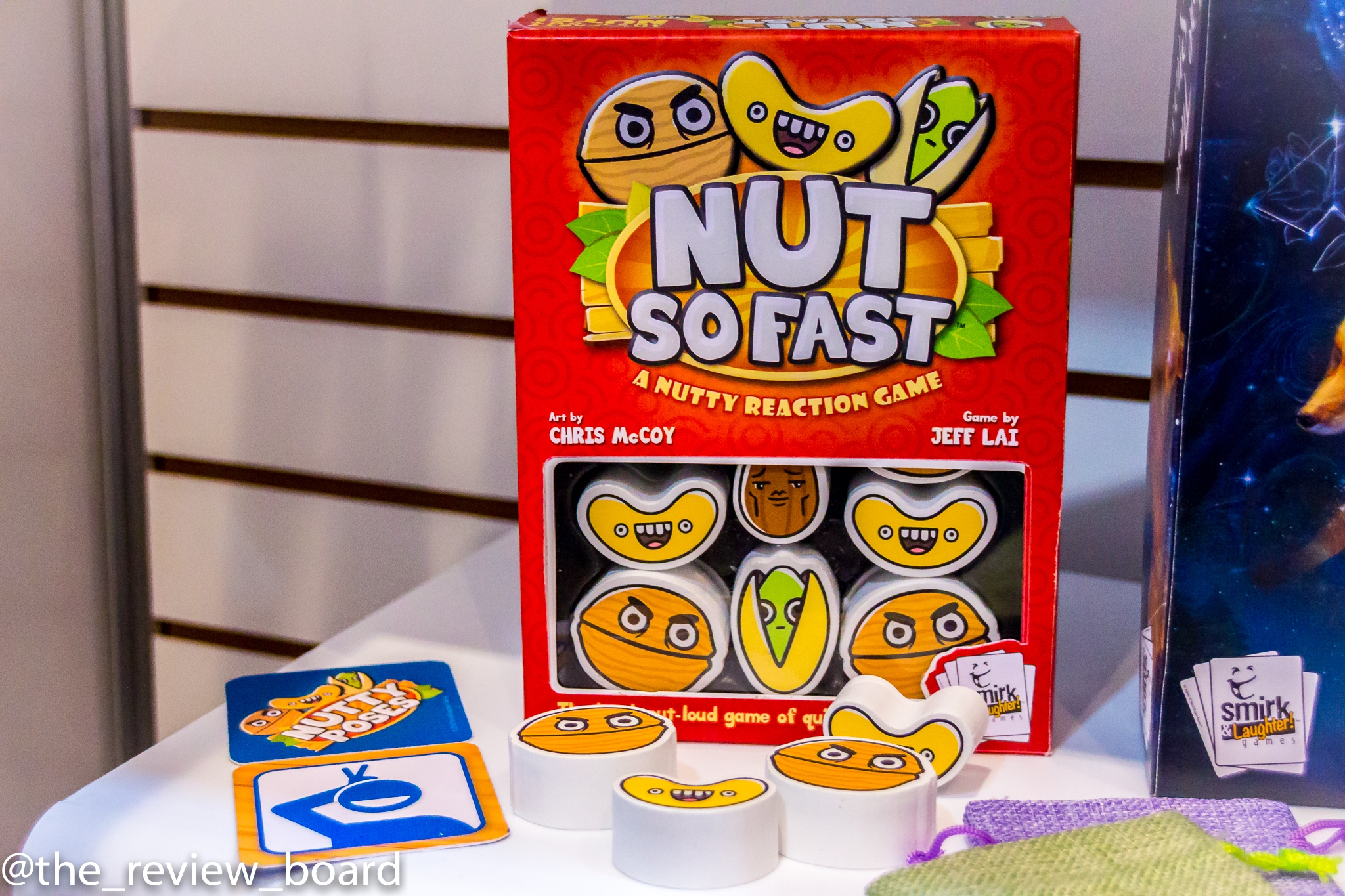 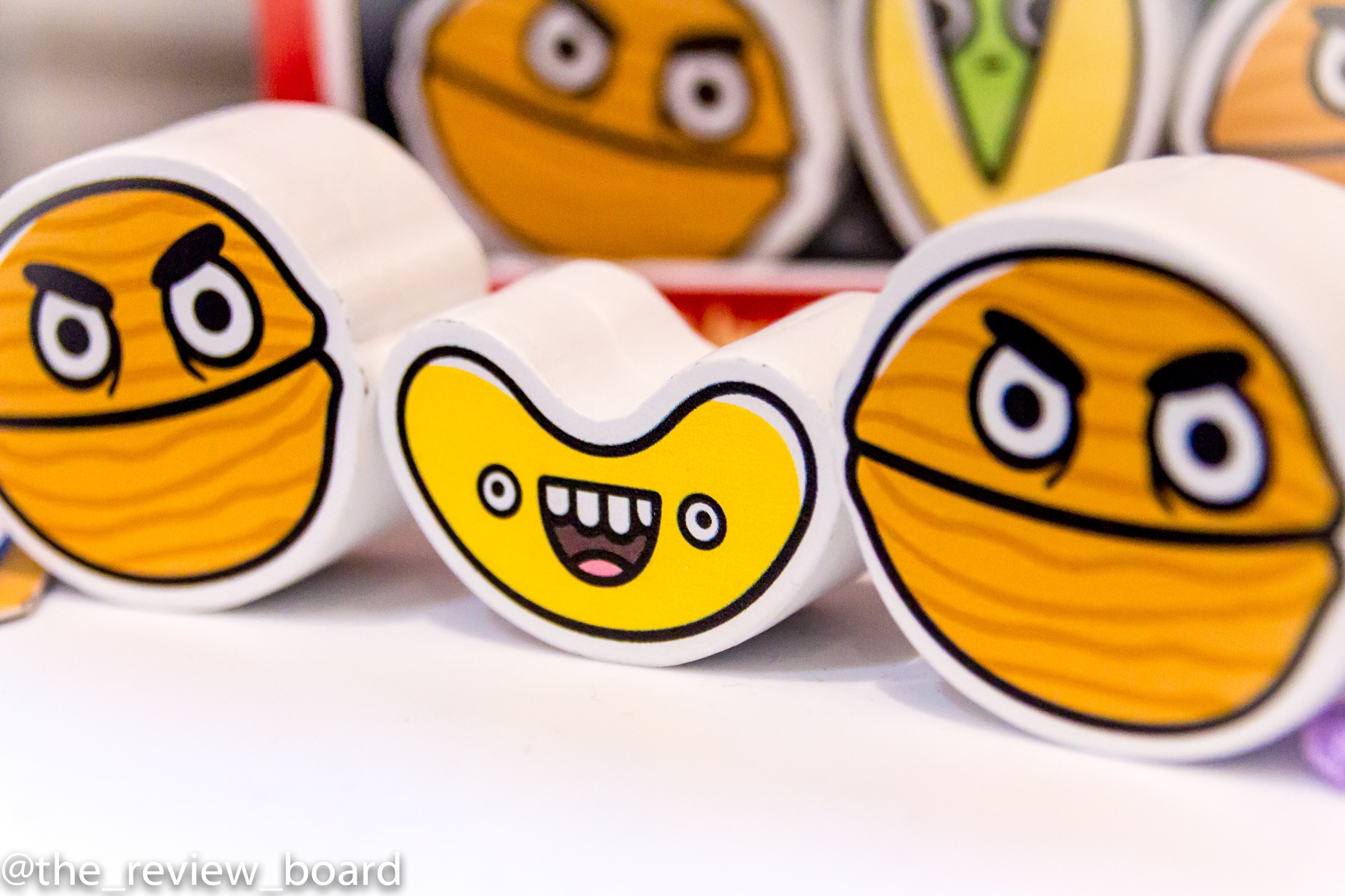 Before There Were Stars is another title by the new sub-brand, Smirk & Laughter. It is scheduled to be debuted at GenCon. 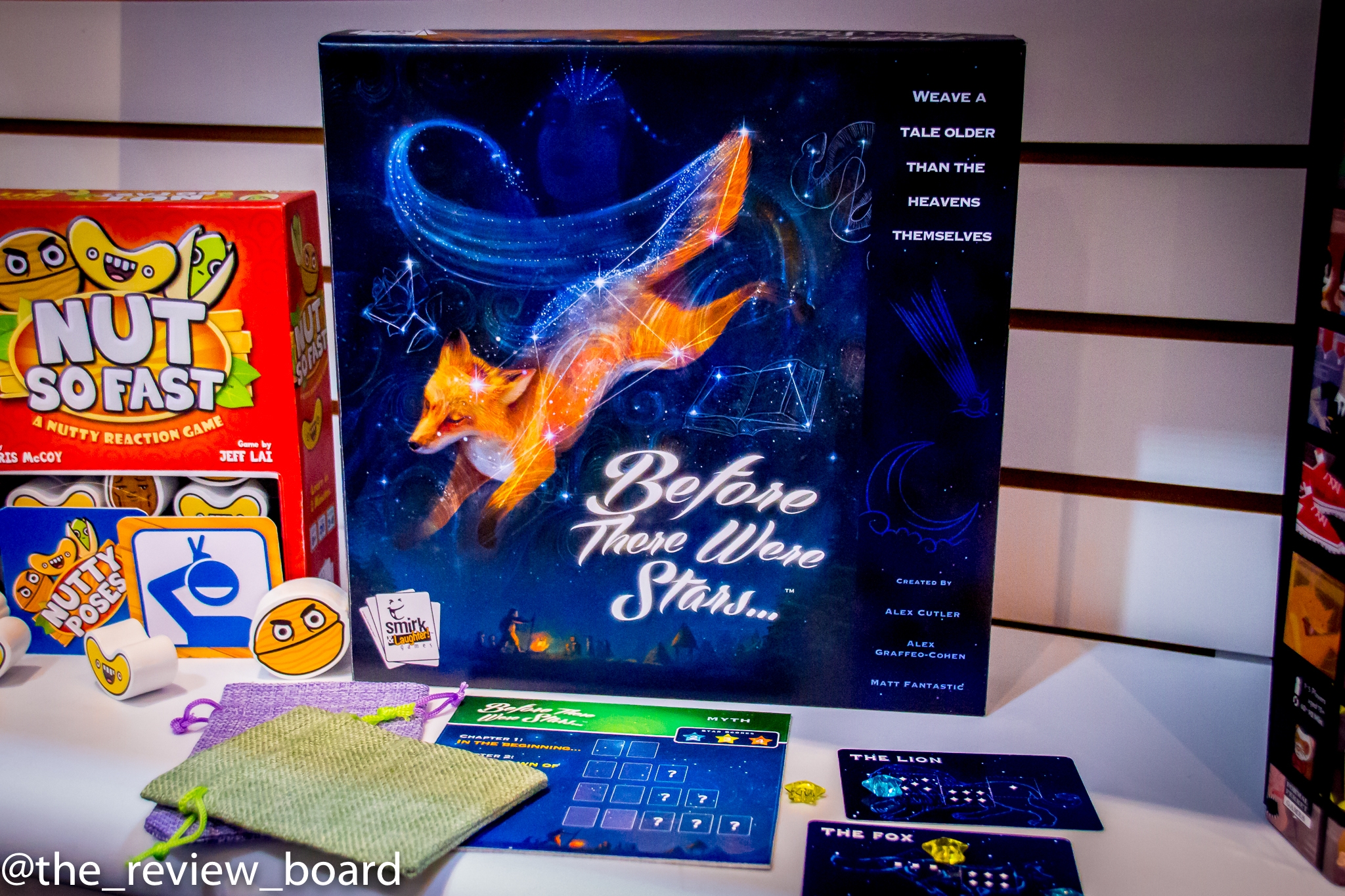 It is an emotional storytelling game in which players take the role of ancient lore givers. Players roll 12 star-pipped dice to form the night sky and scan them for constellations. These constellations can be drafted as keywords for stories; for example, you can tell the story of your people or the story of the beginning of the universe. Players are scored on the most interesting moments in their stories, so make sure to bring your imagination to the table. 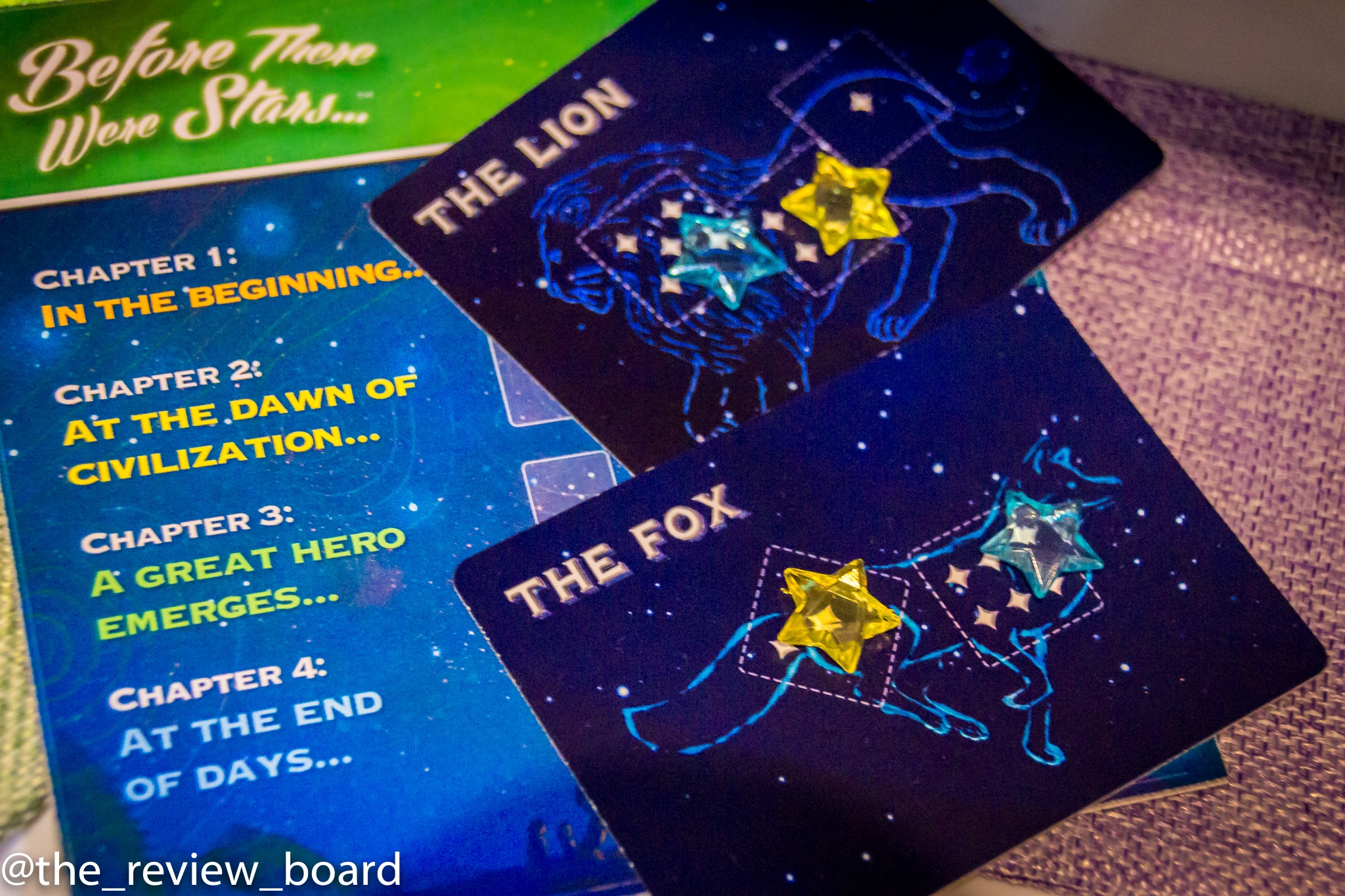 Tower of Madness is scheduled to be released in June. The photos in this photostory are of the prototype; the tentacles will be molded plastic in the final version. It is a dice game in which you investigate unspeakable horrors, suffer punishments for rollsâ€™ failures, and of course try not to lose your marbles â€“ literally! 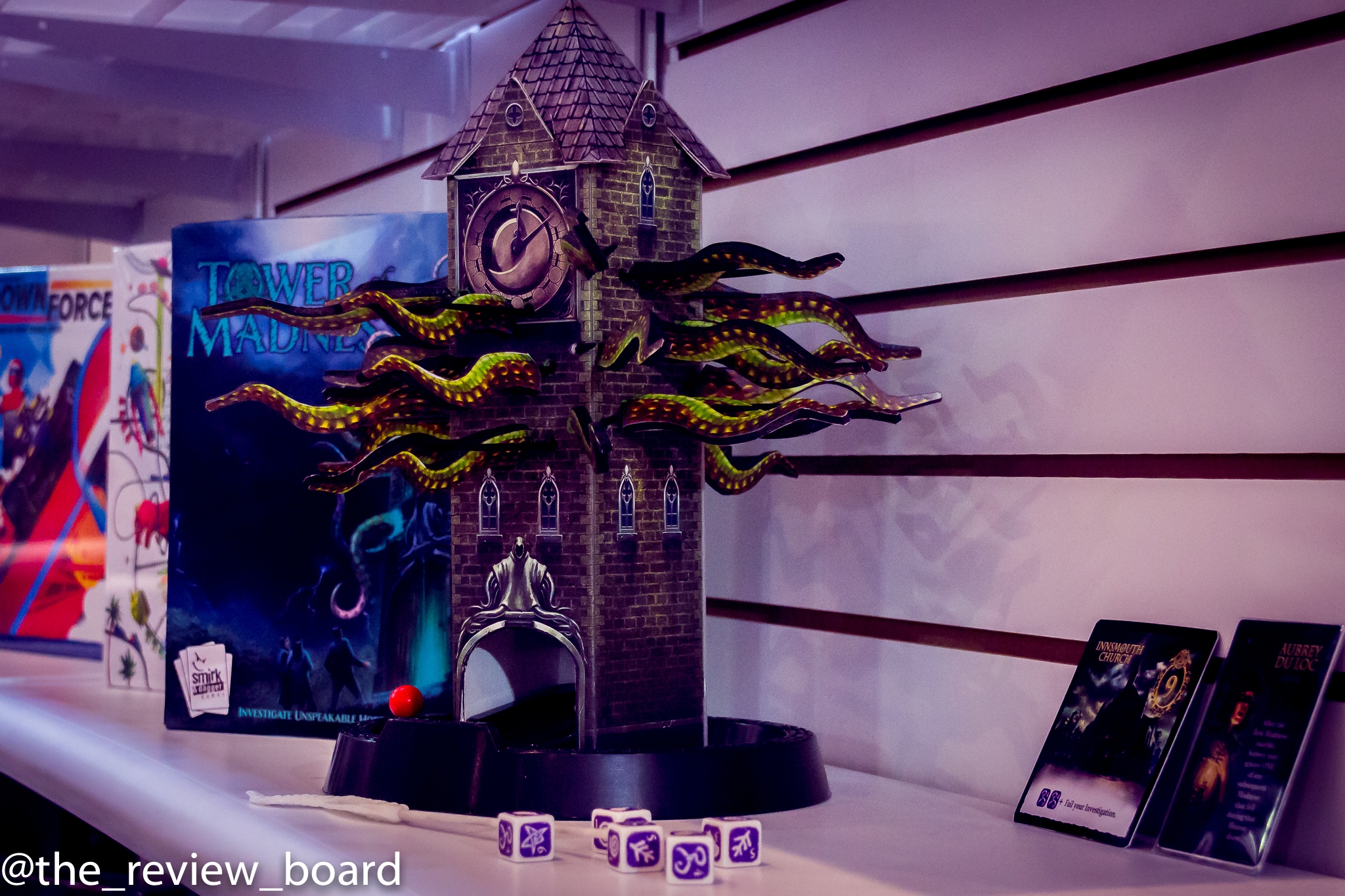 Shadows in the Forest is a unique, asymmetric cooperative board game adventure that is innovative and beautiful. 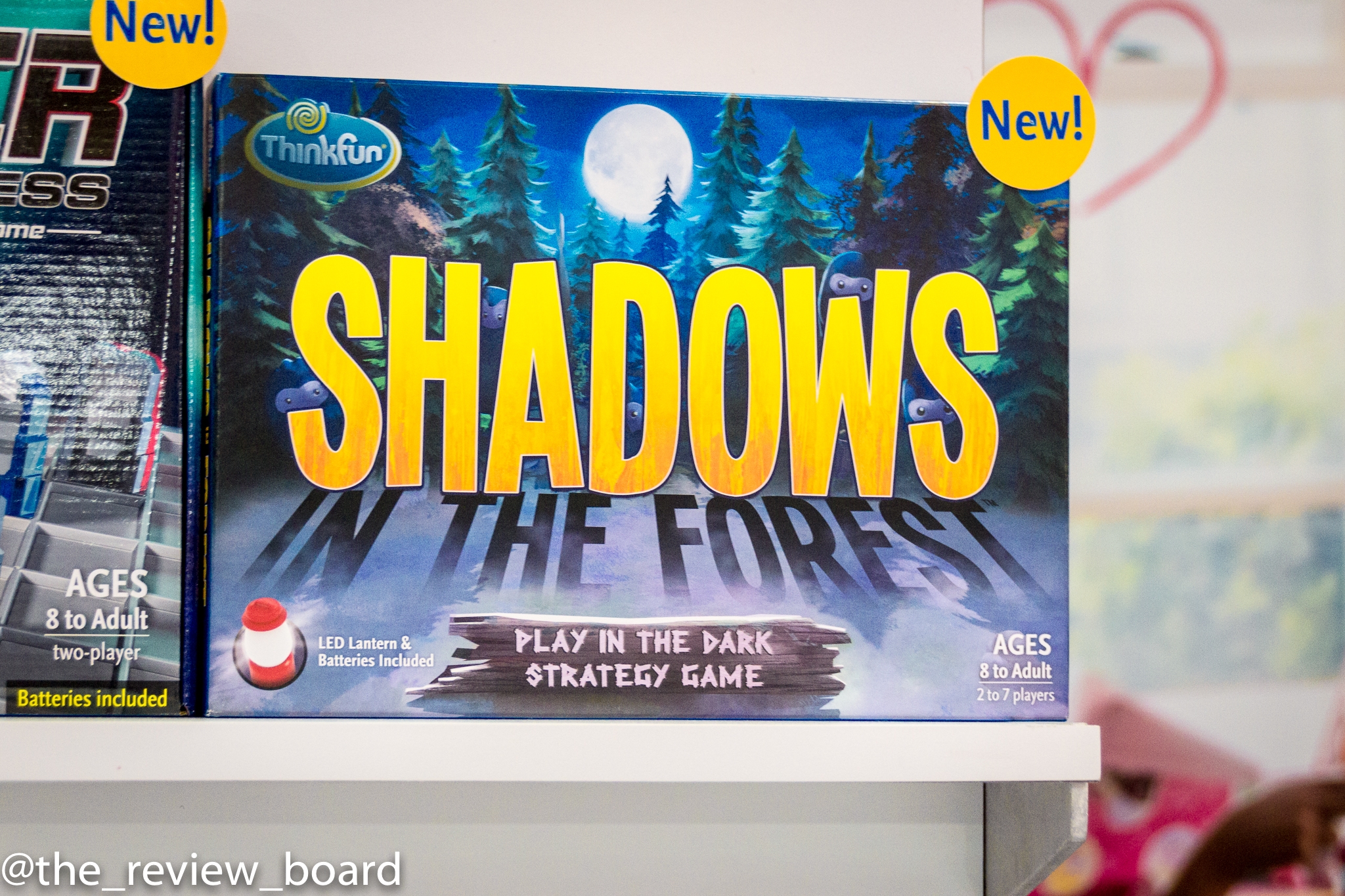 What makes this game stand out is that players play the game in the dark! One player plays as the lantern (an LED light) that seeks the mysterious shadows that hide in the forest, and the other players play as the shadows that try to avoid the light and meet under the same tree. The lantern wins if all shadows are captured by the rays of light, and the shadows win if all of them meet under the same tree. 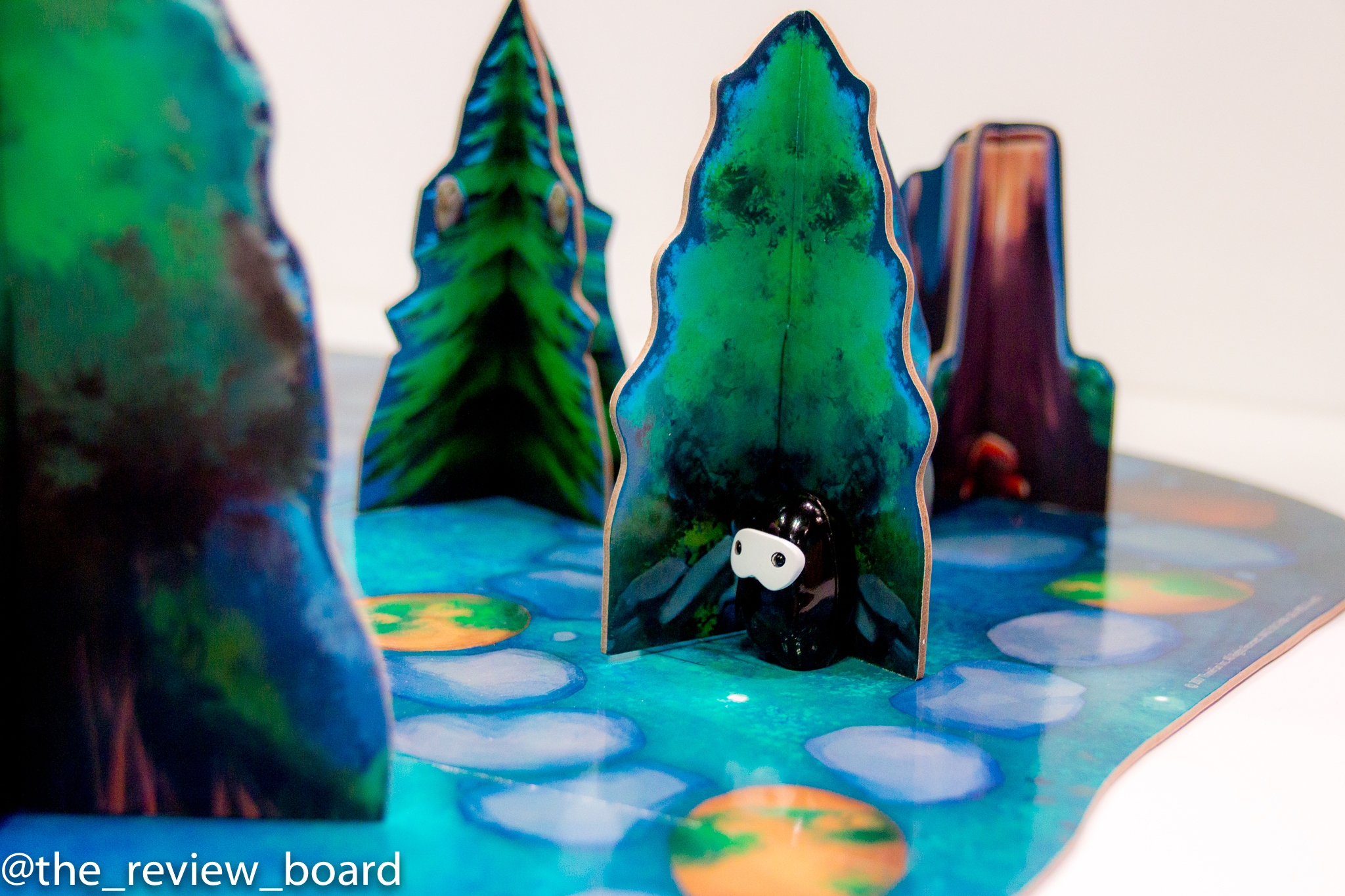 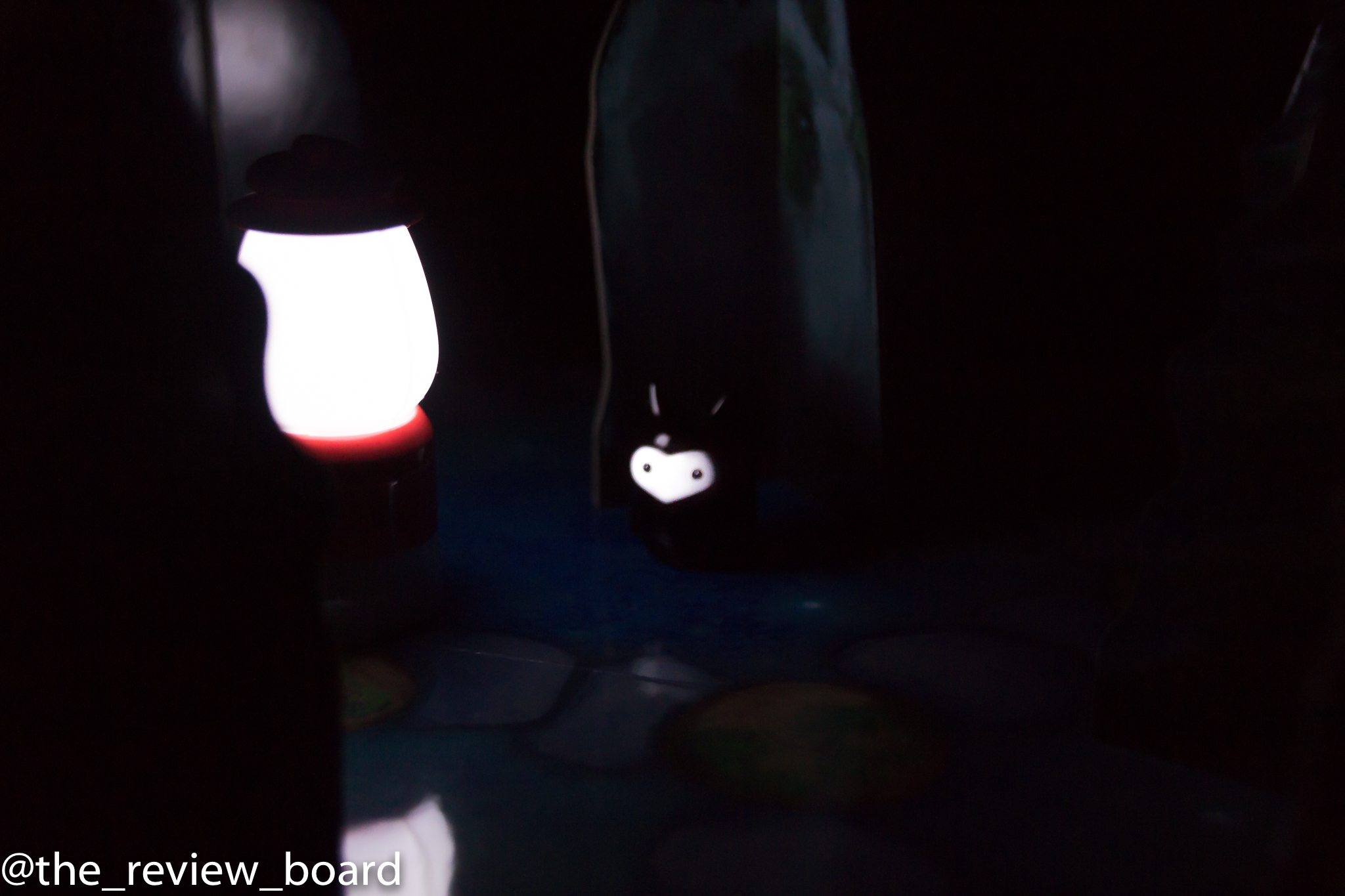 Photography was prohibited at the Spin Master booth. The following pictures were supplied by Spin Master

5-Minute Marvel is a redesign of 5-Minute Dungeon, it is a cooperative fast-paced card games in which players can play as different Marvel characters and battle 5 progressively difficult evil bosses. The game is scheduled to be released in Fall of 2018. 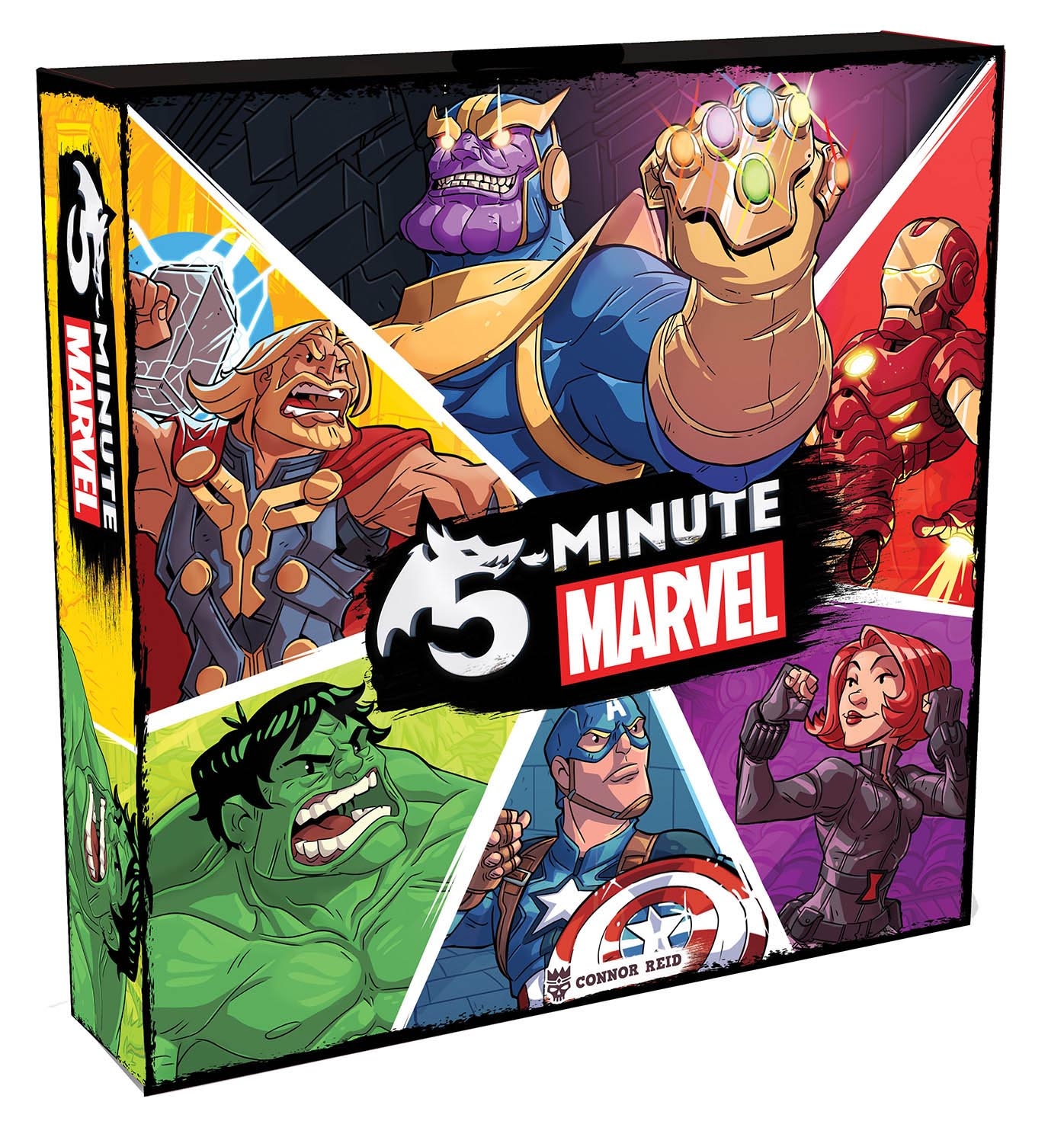 Hail Hydra is a social deduction game in which players take on the role of S.H.I.E.D. agents tasked to defend the world from Hydra. Players can choose from 14 different Marvel heroes and save New York City from destruction. The game is scheduled to be released in Fall of 2018. 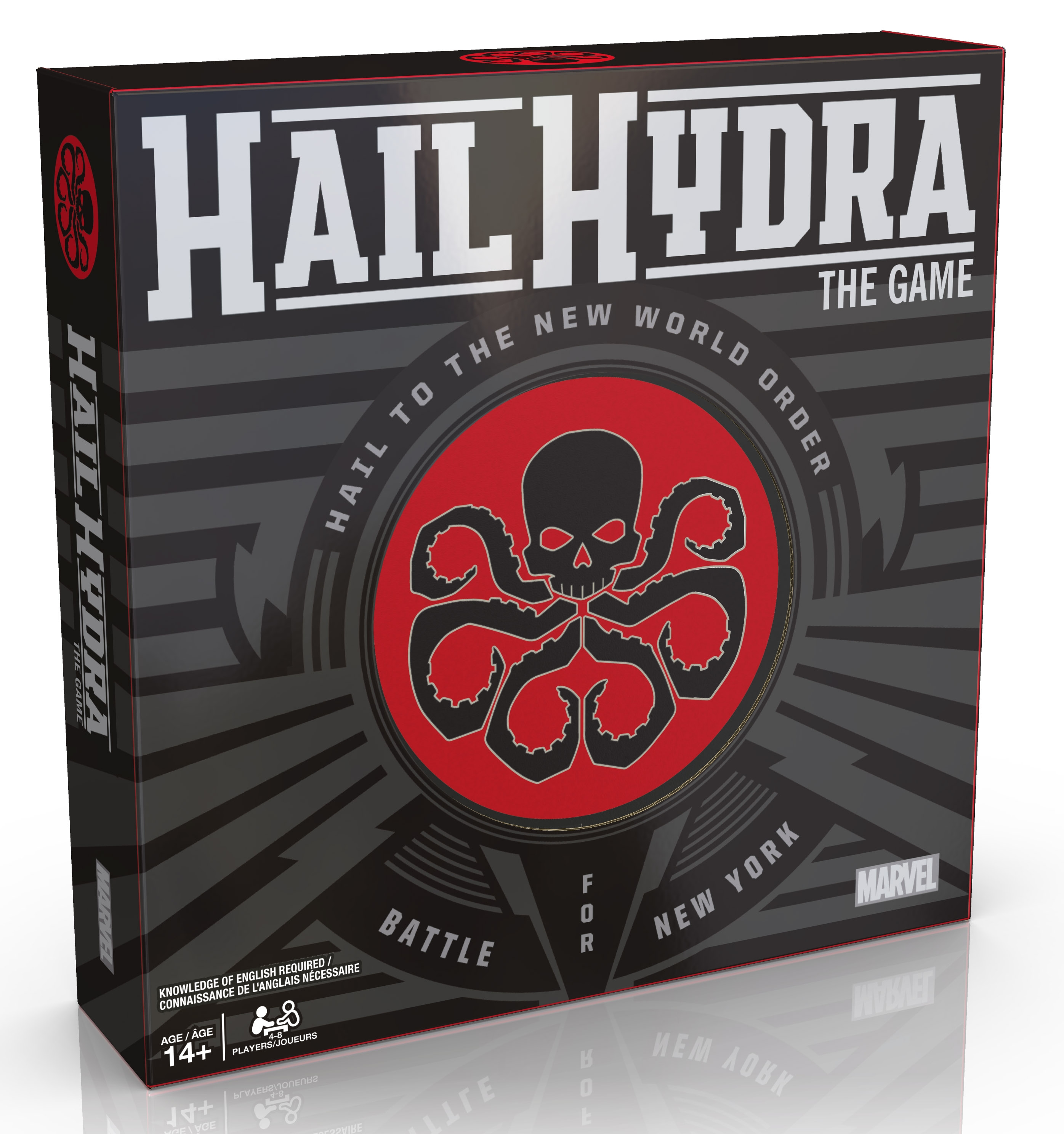 Killer Party is a series of three party games in which players try to solve murder-mysteries. These â€œone-timeâ€ games give players the option to perform a bunch of ice breakers and in return get a clue that will help them solve the mystery. The games are scheduled to be released in Fall of 2018. 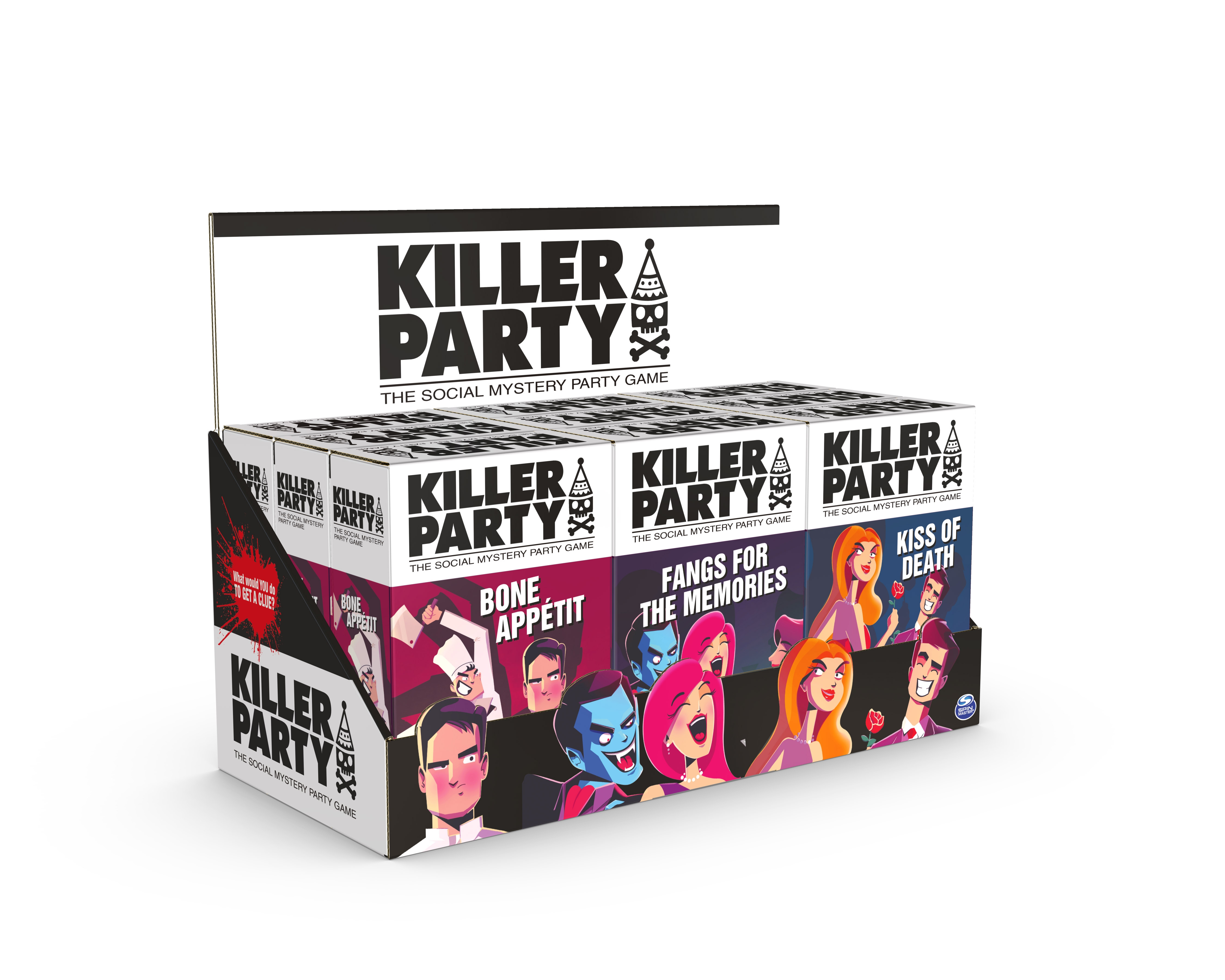 I hope you enjoyed part 2 of the NYC Toy Fair. Stay tuned for part 3.